Search
Home
Men and Underwear
Modus Vivendi released two new lines just in time before Christmas. The Farmer line includes twelve new items all of them featuring a new waistband with transparent stripes and evolutionary underwear design specifically made to boost your “confidence” like no other underwear can. They come in three different cuts, briefs, boxers and jocks and four colours, classic black and white, royal blue and hot red.
The Tailor line is a new line of unique loungewear, all made of soft velvet. It is a line inspired by retro athletic wear. Check out the retro athletic shorts, the sleeveless velvet jacket with hood, or the soft velvet dressing gown among many other items, new or some of your favourites back in stock.
The models for this campaign are Lambros Danas posing as the Farmer and Sotiris Thomaidis posing as the Tailor.

One more update from Modus Vivendi! Their Calendar for 2013 is out! Featuring twelve hot pictures each one representing a profession from their Retro Greece campaign for 2013. The Calendar costs 15 euros and you can find it here (http://e-modusvivendi.com/gbu0-prodshow/2013_calendar.html)

There are also two new promo videos for the two new lines. They can be viewed on the special section on their website (http://e-modusvivendi.com/gbu0-display/campaign_video.html)
or on their official Youtube channel (http://www.youtube.com/user/ModusVivendiFashion) 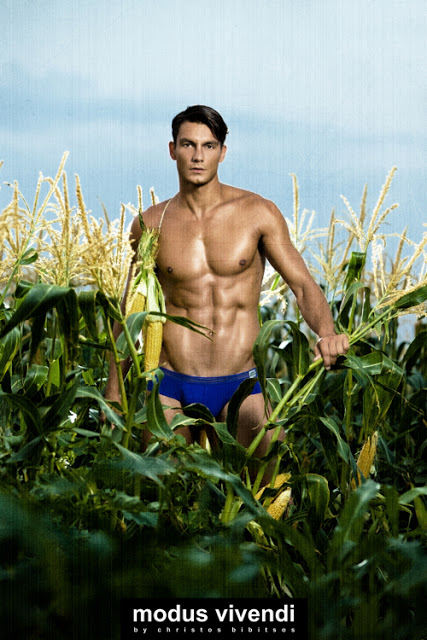 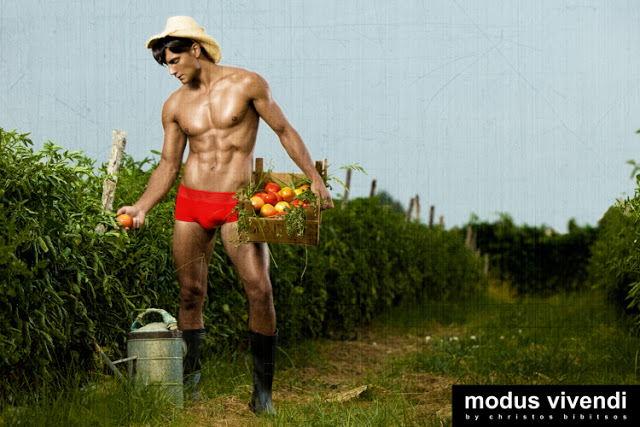 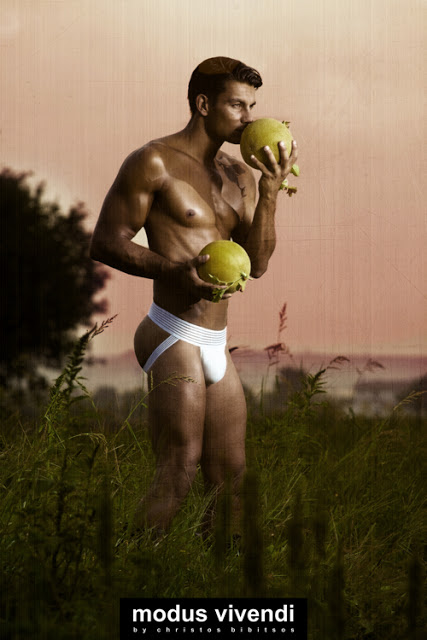 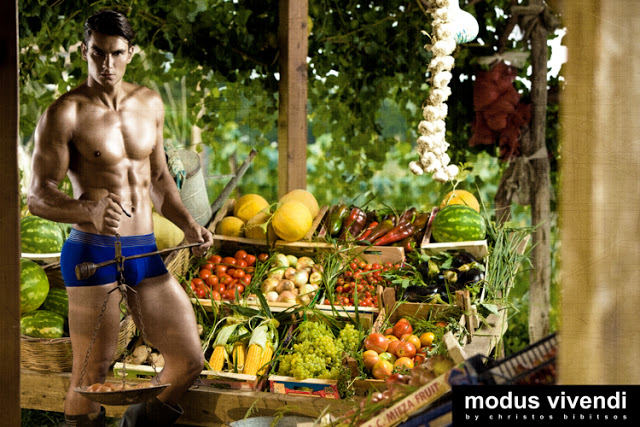 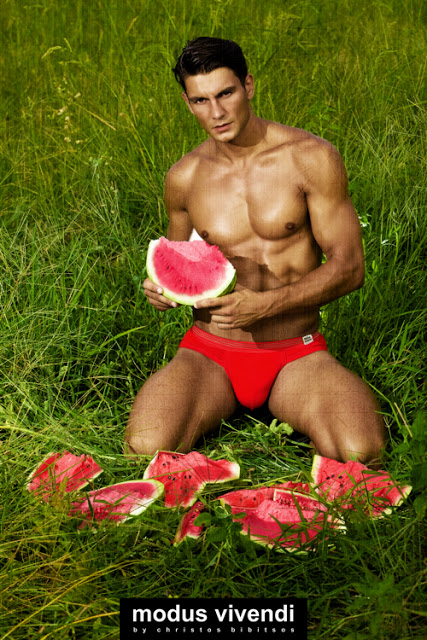 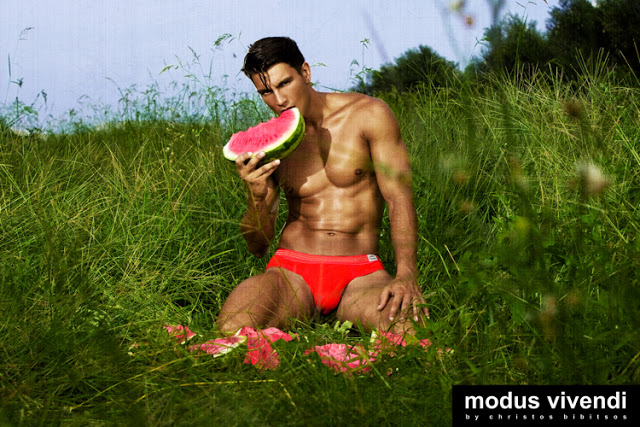 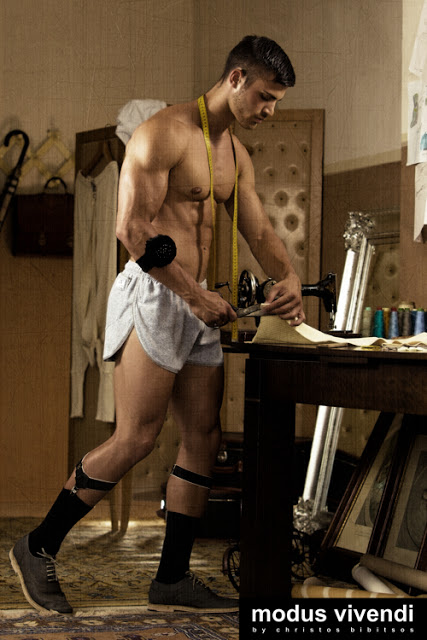 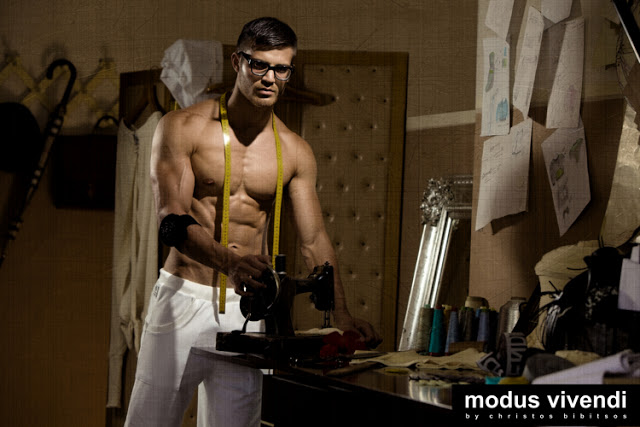 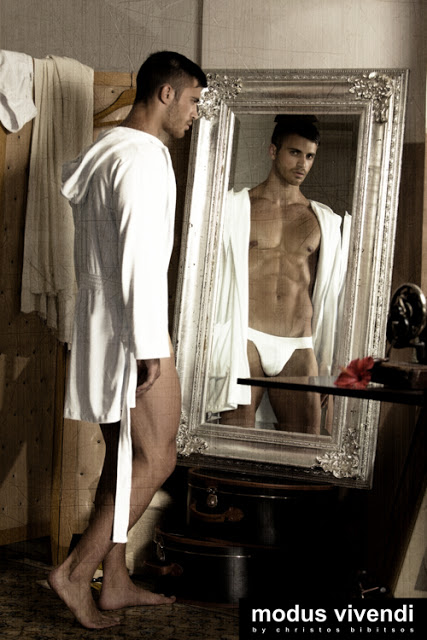 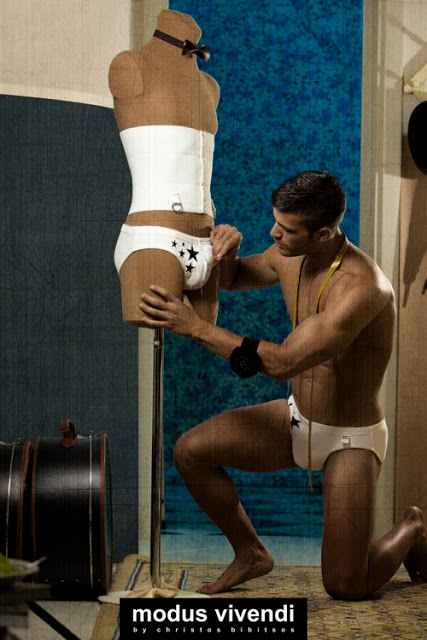 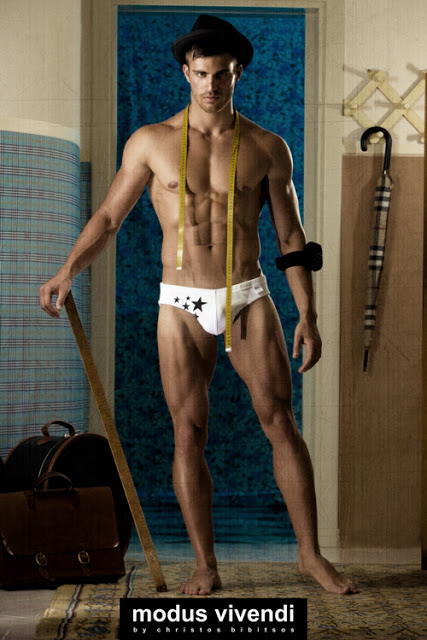 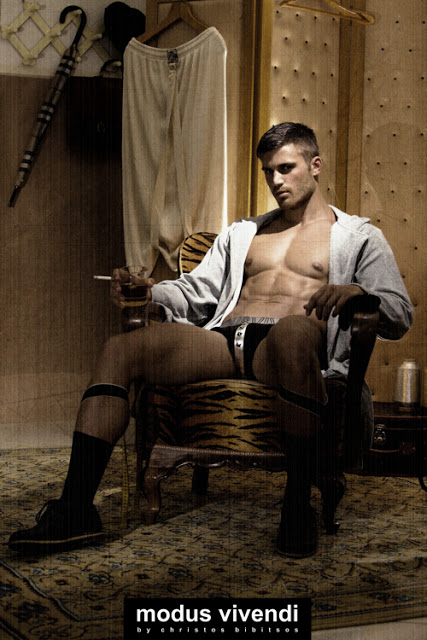