Today we show you the second part of a great editorial photographed by Adrian C. Martin. The talented Spaniard worked with one of his most favourite models, Kevin De La Cruz, to produce a beautiful series of photos featuring clothing by H&M and underwear from 2eros, MaleBasics, PUMP!, Supawear and teamm8. The dramatic scenery is the Teide National Park in Tenerife, Canary Islands. In this part, Kevin is seen posing in the MicroMax Briefs in Gunmetal by teamm8, the Hero Briefs in Dark grey by Supawear, the Switch Side Cut Briefs in black by PUMP! and classic black bikini by MaleBasics. In case you missed the first part with more underwear and more of Kevin of this editorial we published a few days ago, you can see it here. 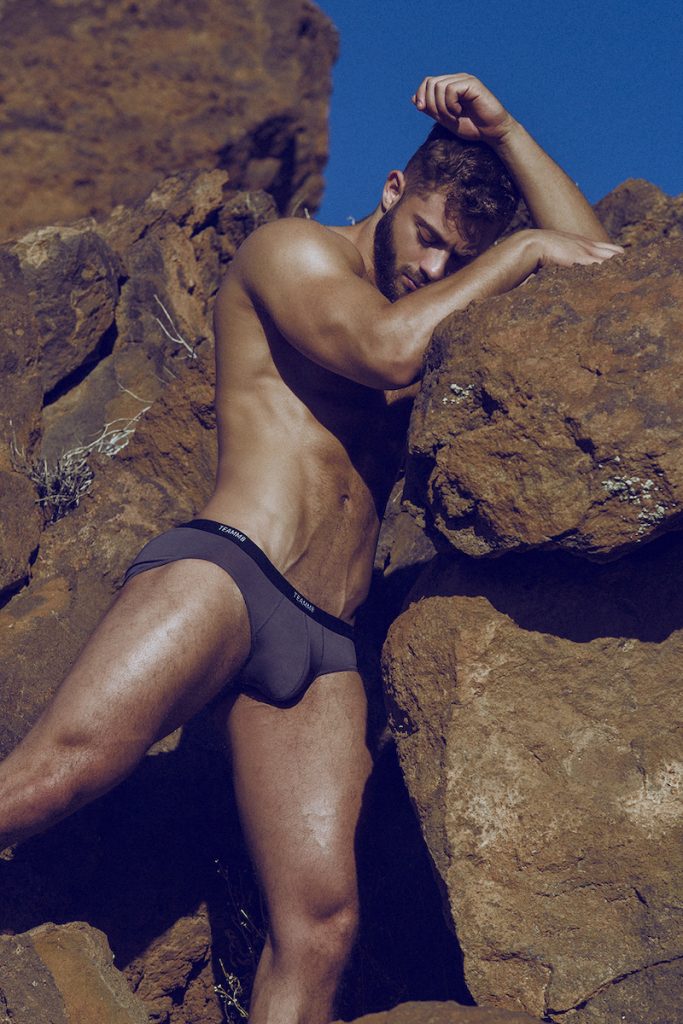 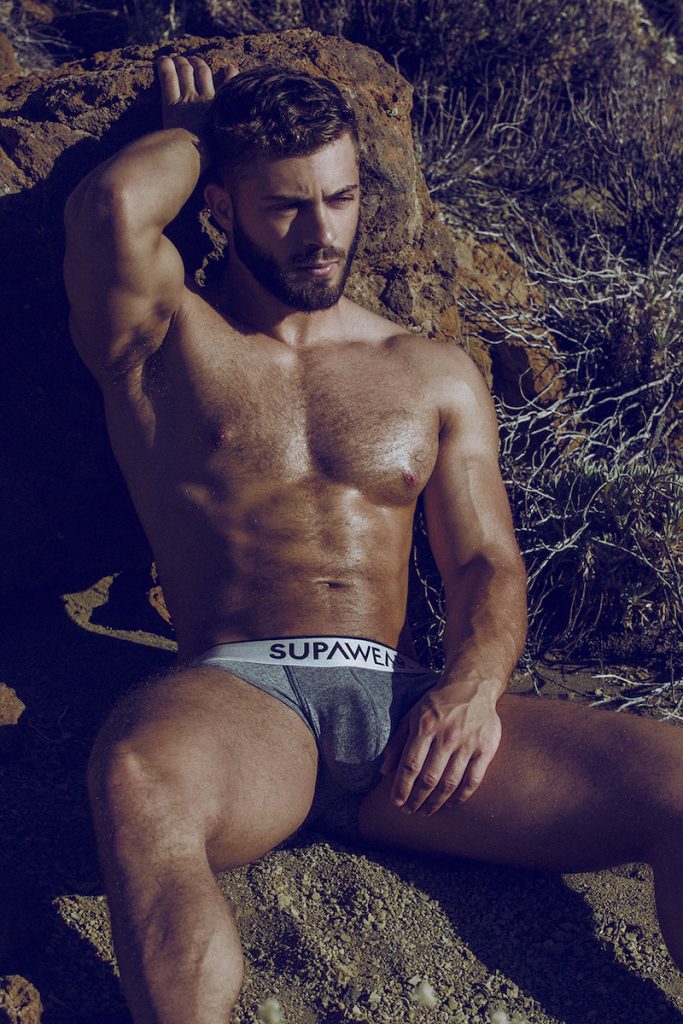 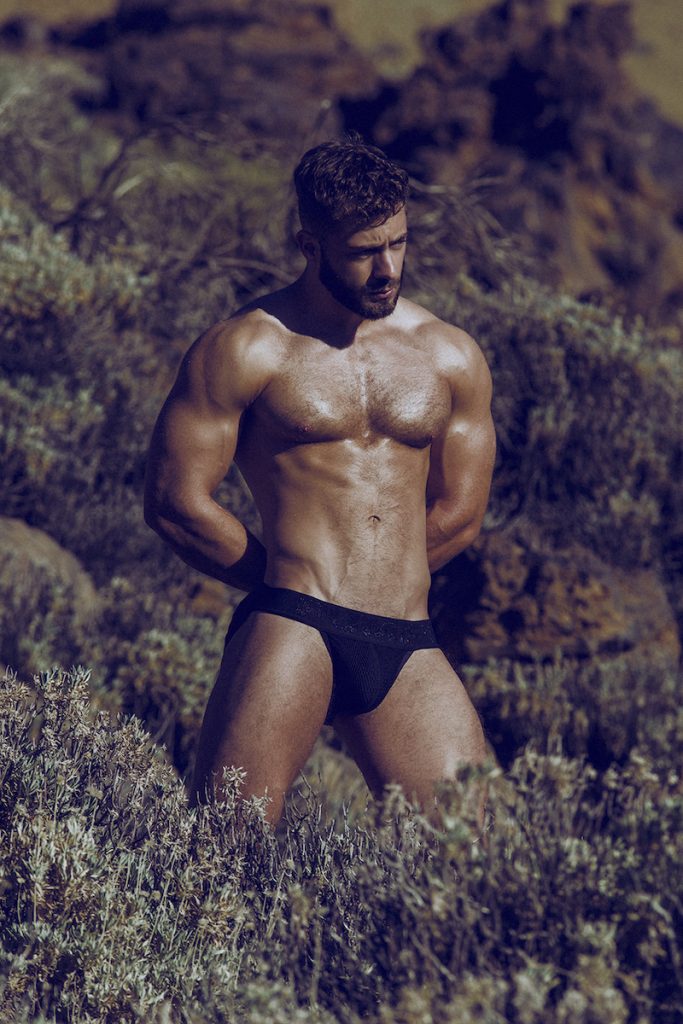 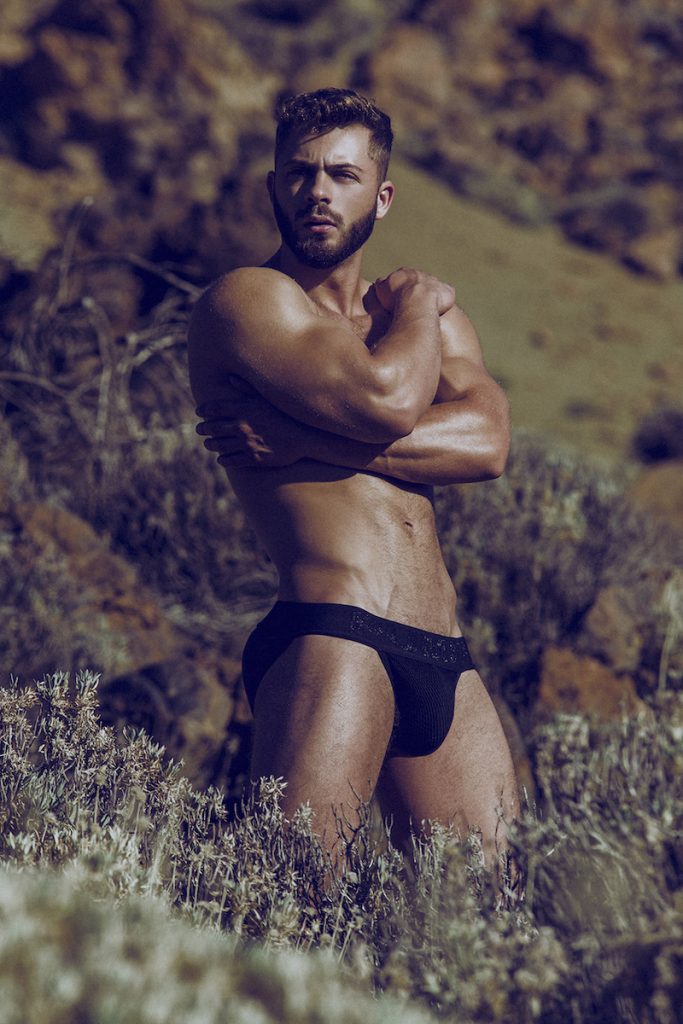 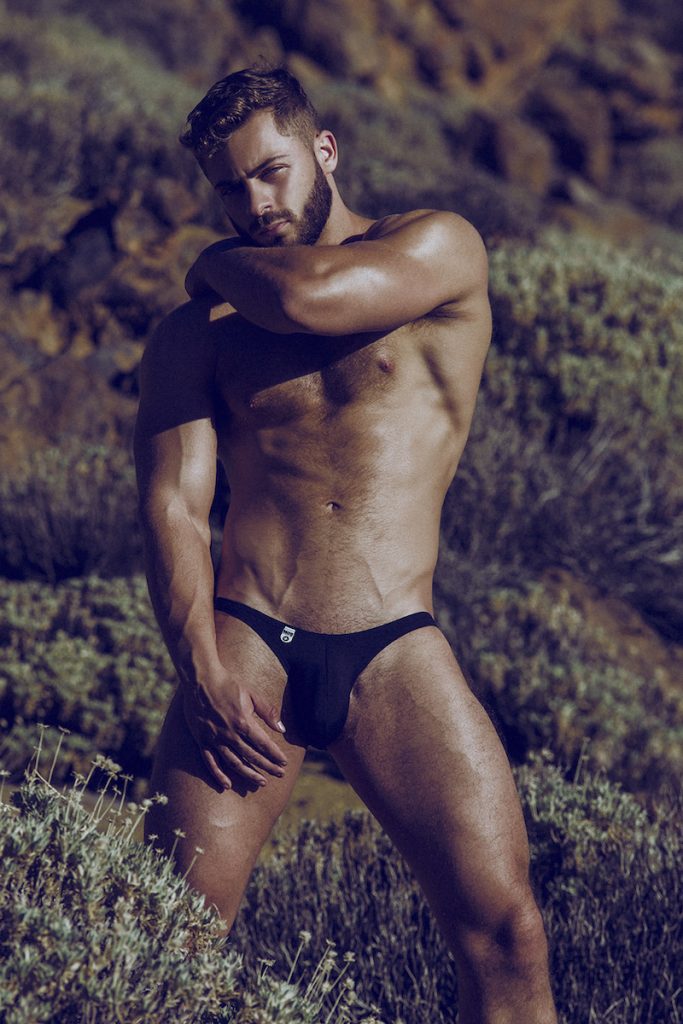 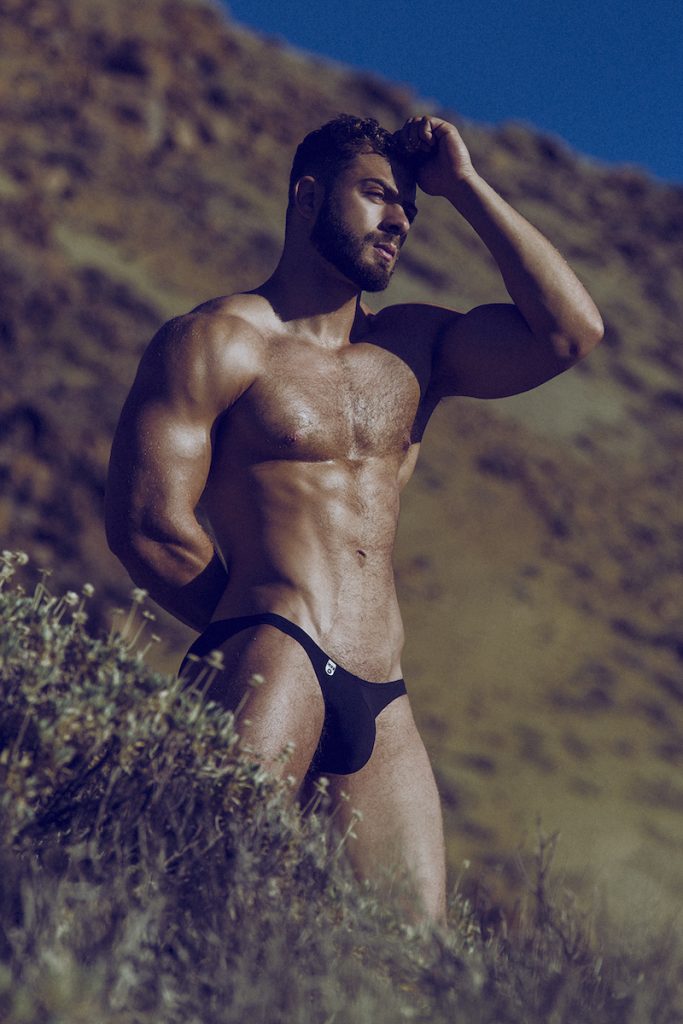 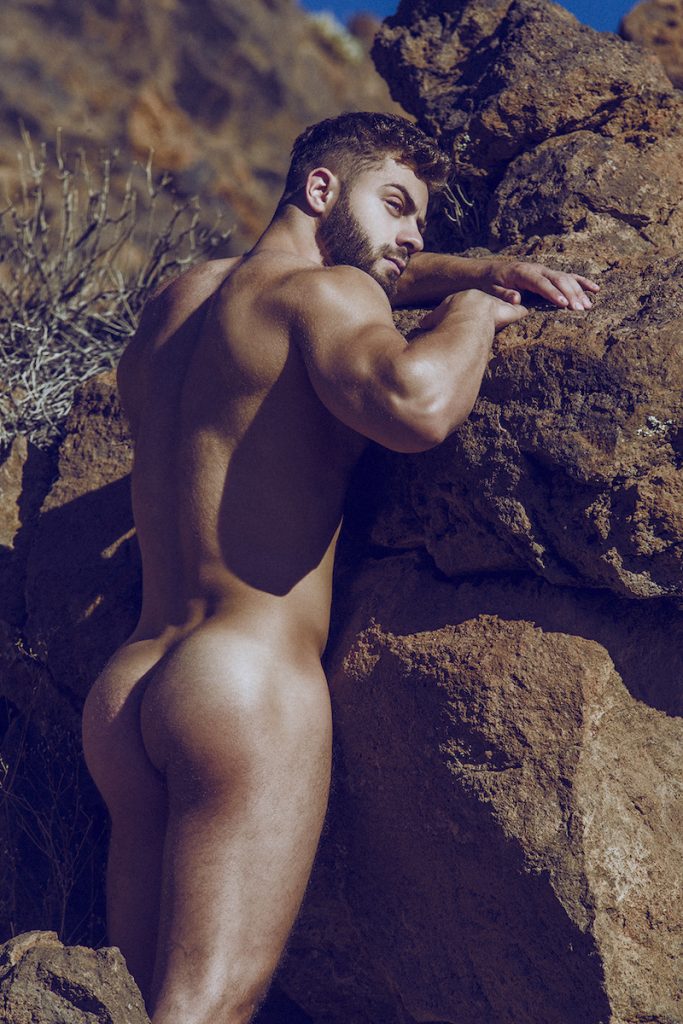