Today we will show the new campaign by Modus Vivendi, the sixth of a series in which each line from its new collection is presented in a different location around the world and photographed by a selected photographer, reputed for his outstanding skills and unique style.
The five locations around the world we have visited so far and the five lines we have shown you are: Leicester, England (Pride Line), Newport Beach, USA (Military Line), Thessaloniki, Greece (Wolf Line), Madrid, Spain (Buddha Line) and Aix en Provence, France (Masai Line). Now we take you back to Spain and one of its southern-most regions, Tenerife in the Canary Islands, where the outstanding photographer Adrian C. Martin has photographed the new Modus Vivendi Bear Line. Well-known for its natural beauty, this location was chosen by the photographer as the back-drop for his session with Fran Otero. Martin produces a shoot full of masculinity, which ideally suits the Bear Line: strong, sexy and yet at the same time serene.
The Bear Line itself, which comprises new underwear and sportswear in two tones of grey (light grey and carbon grey) with hints of orange and red, is a line dedicated to highlighting a man’s best assets. Note Modus Vivendi’s new take on enhancing underwear, with three different cuts (briefs, jock briefs and boxers). There is also a handsome sleeveless, the Henley-style shirt and new, highly comfortable sweat shorts. These are all innovative designs, the outcome of untold hours of testing, not only on paper but also on real models, and, of course, manufacturing that is second to none. 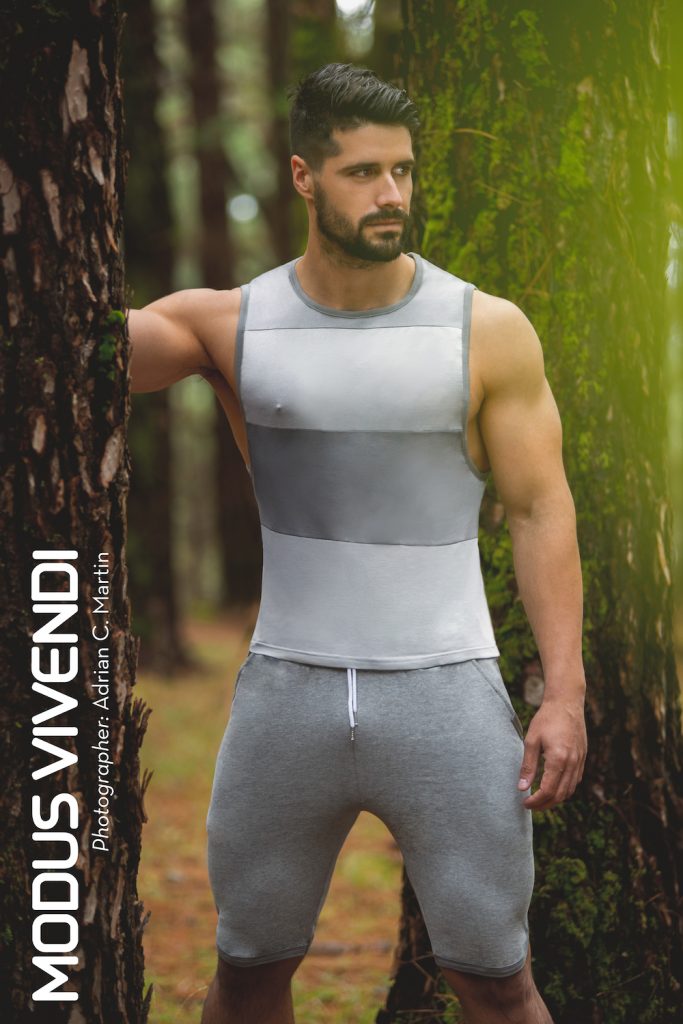 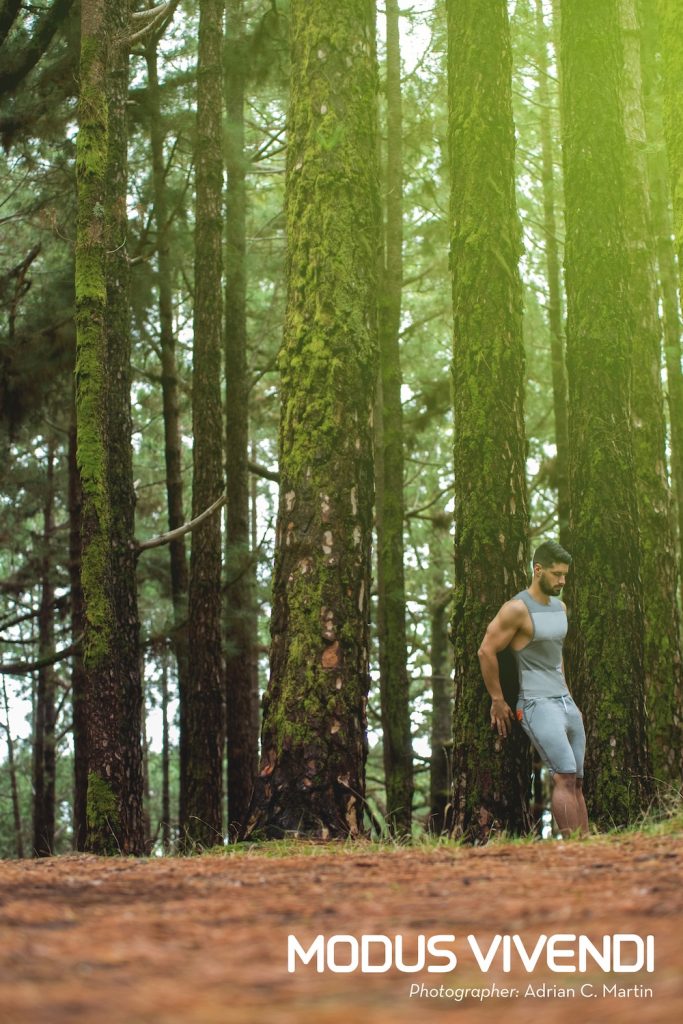 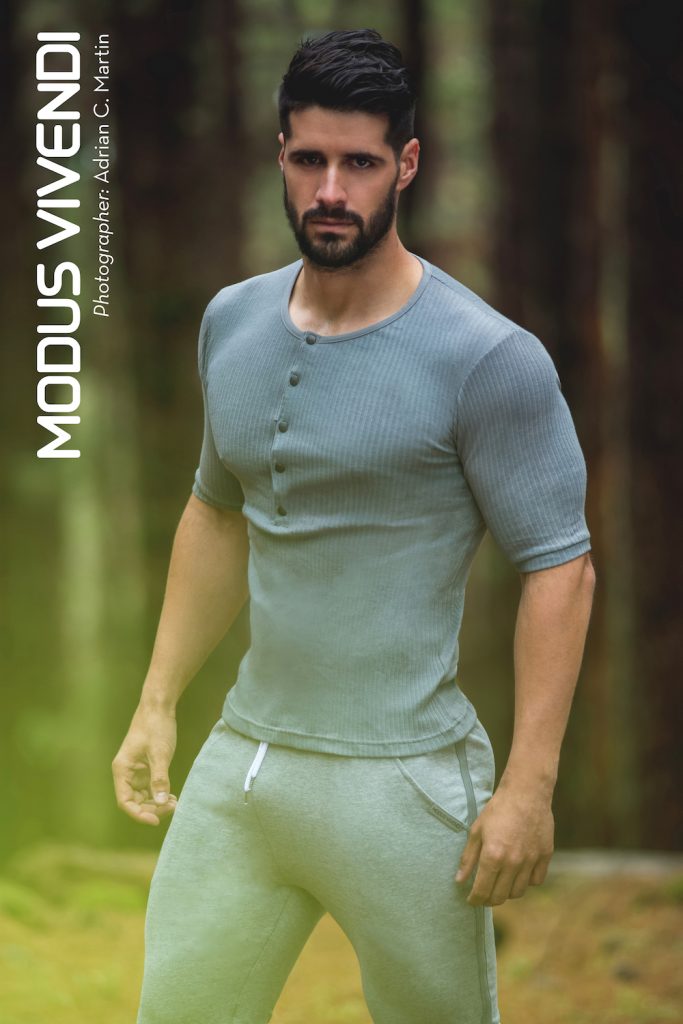 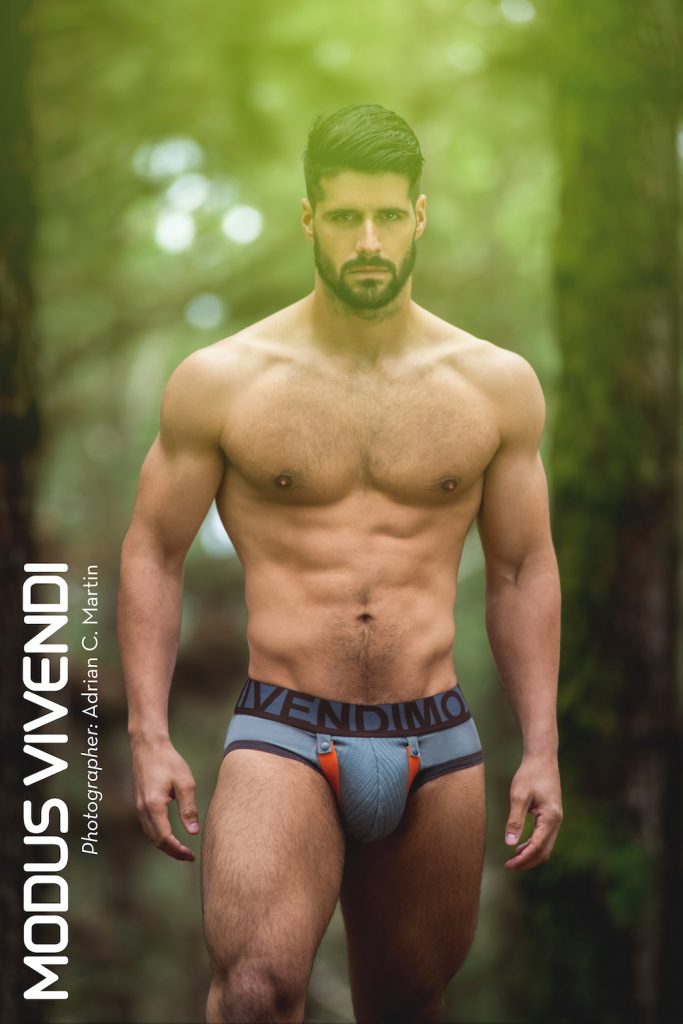 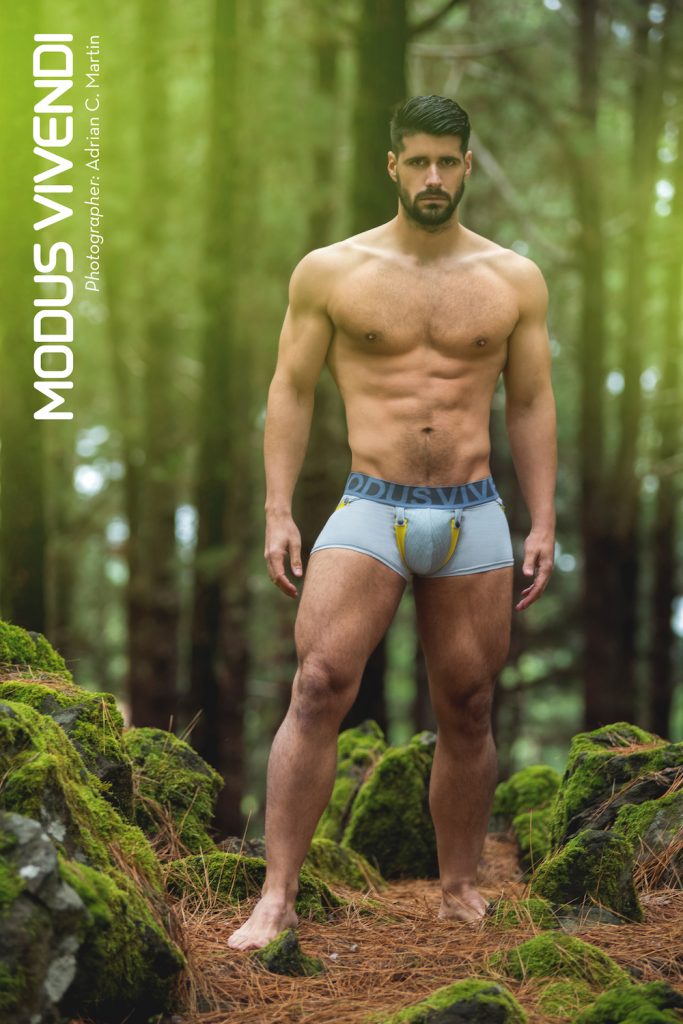 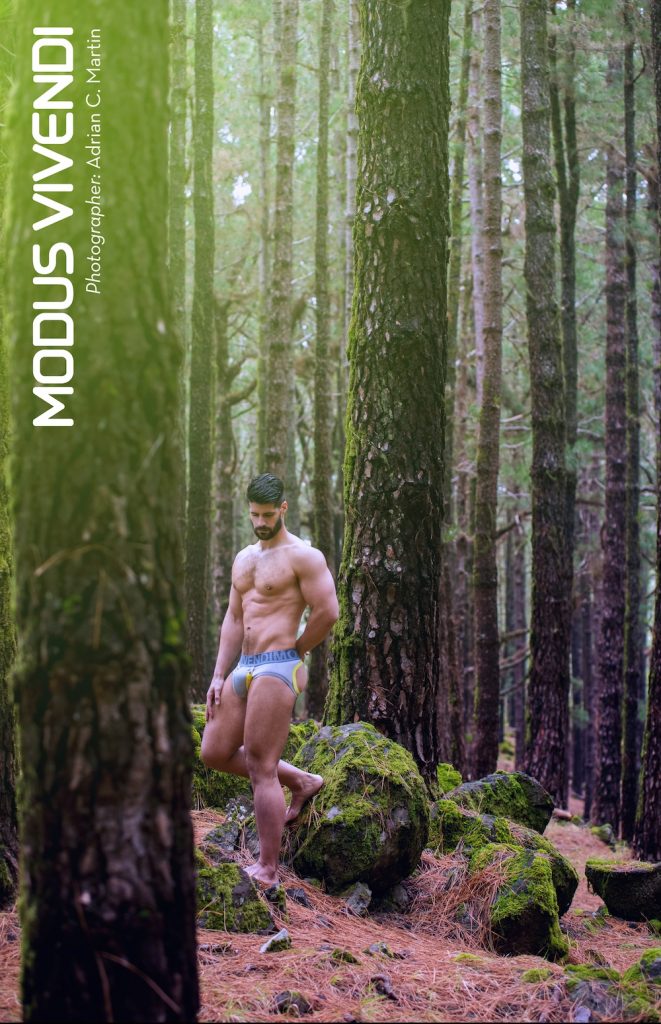 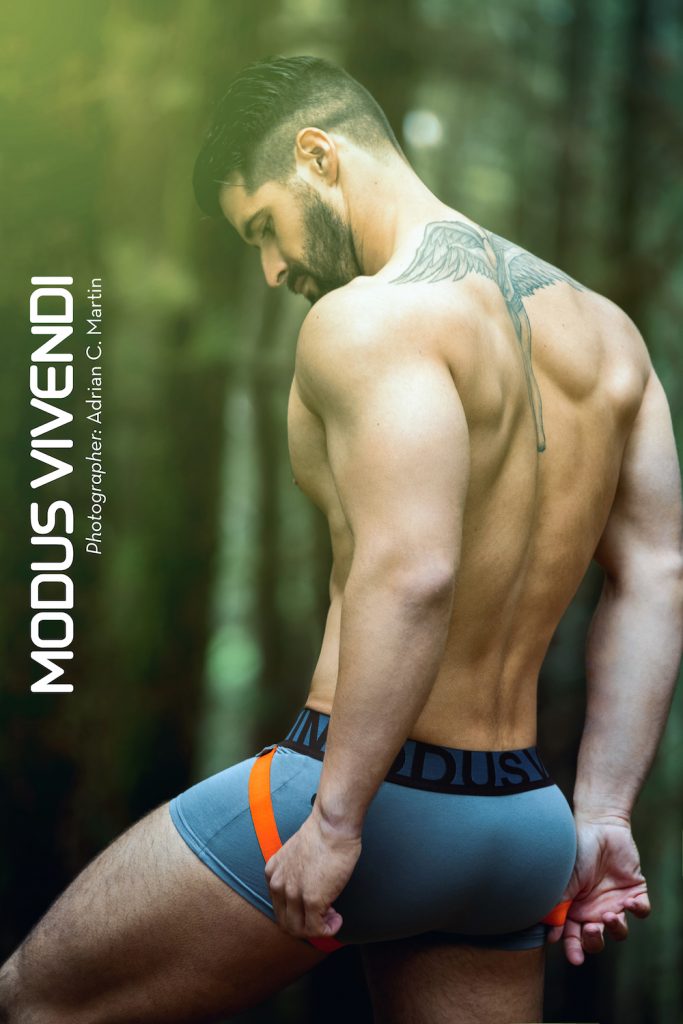 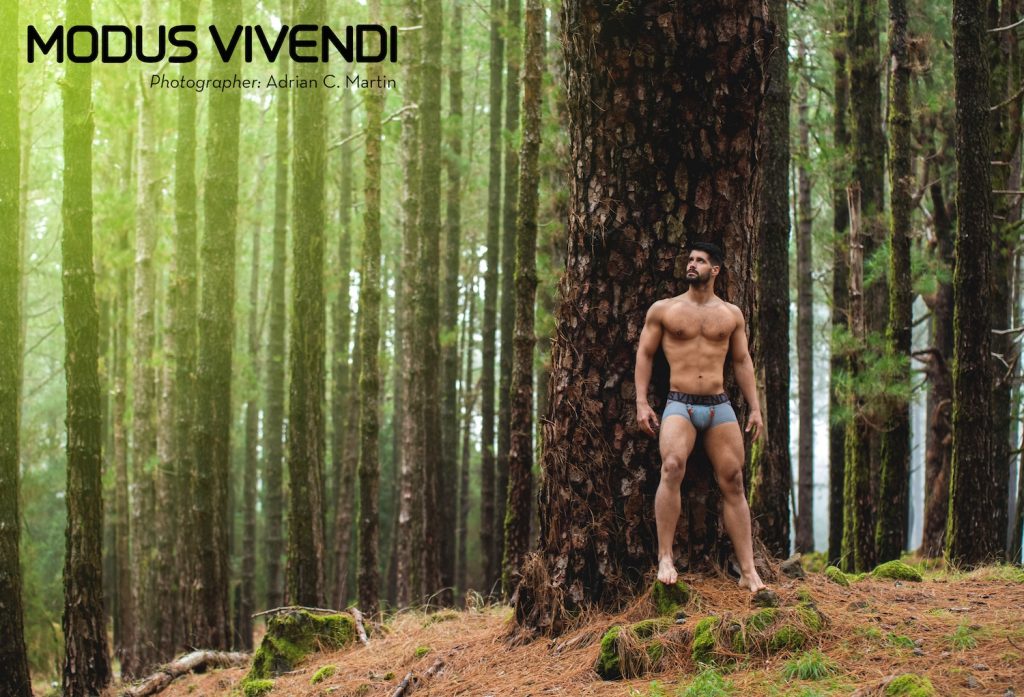 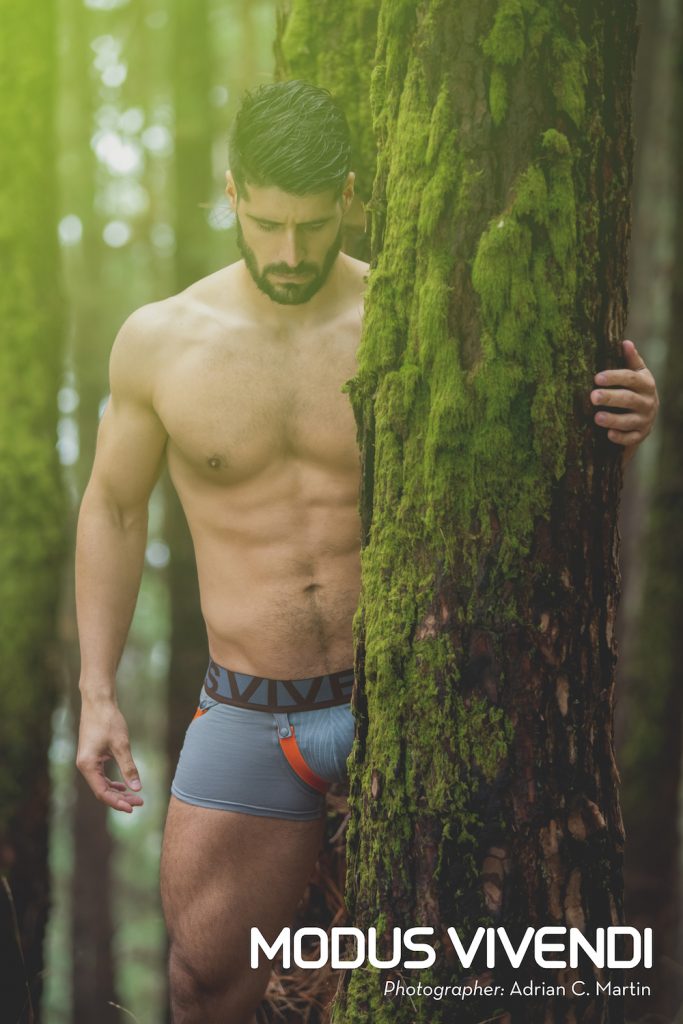