Today we will show you the third part of Modus Vivendi quite spectacular 2015 campaign in which its new collection is presented by 10 of the most individual, visionary photographers working around the globe today.
After visiting Leicester, UK for Gavin Harrison’s shoot of the new Pride line (see our post about it here) and crossing the Atlantic all the way to sunny California, where Tom Cullis created some unforgettable images of the Military line (see our post about it here), our next stop in Modus Vivendi’s 2015 style campaign is Thessaloniki, Greece, the home of the brand itself!
Greek photographer Nick Gogas, using his imagination as his only weapon and the Modus Vivendi Wolf Line as his inspiration, was unleashed to present the items in his own inimitable way. The results are amazing!
The Wolf line is masculine, contemporary and with a certain sense of fun. And this is precisely the spirit which the Greek photographer captures in his work, presenting this line in a straightforward yet visually striking fashion. The charismatic model chosen by Nick Gogas is also Greek, Christos Artemiou. Dark and moody, Christos oozes quiet energy and confident style.

The Wolf Line comprises mens loungewear such as the Wolf Homewear (we love this!) and the Wolf Lounge Pants. Also in this line you will see some quite stunning streetwear such as the Wolf Hoodie or the Wolf Longsleeves and also the brand’s take on thermal underwear, the Wolf Meggins.
Winter is coming. The Wolf line is here. Stylish, in subtle tones of dark blue and grey. Warm to wear, in fabrics of the highest Italian quality. And unmistakably Modus Vivendi (with all the detailing the Greek brand is famous for), the Wolf line delivers on promise: strong, imposing, fascinating.
Enjoy! 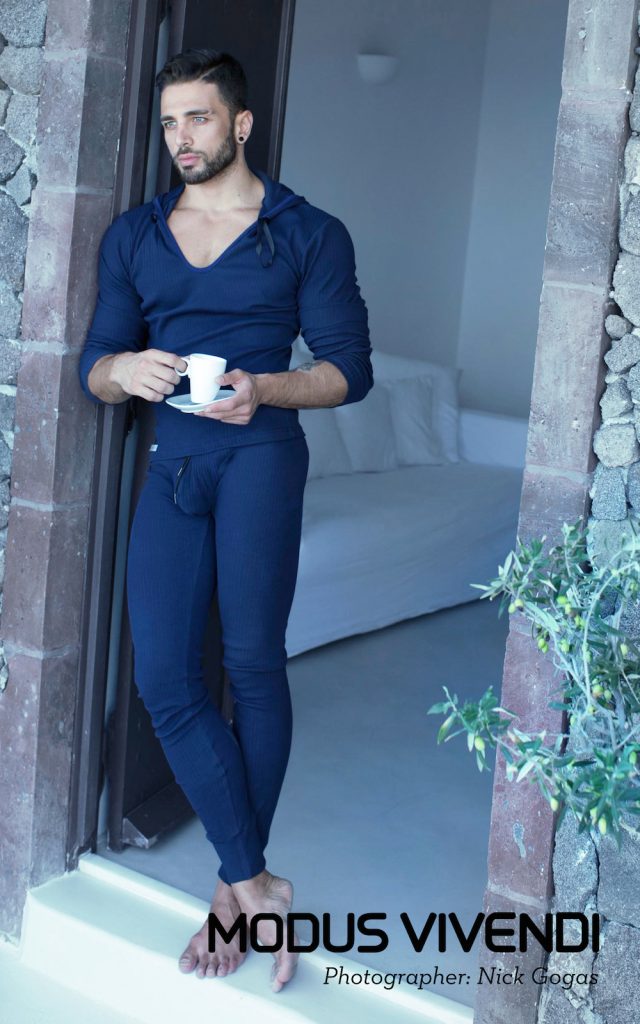 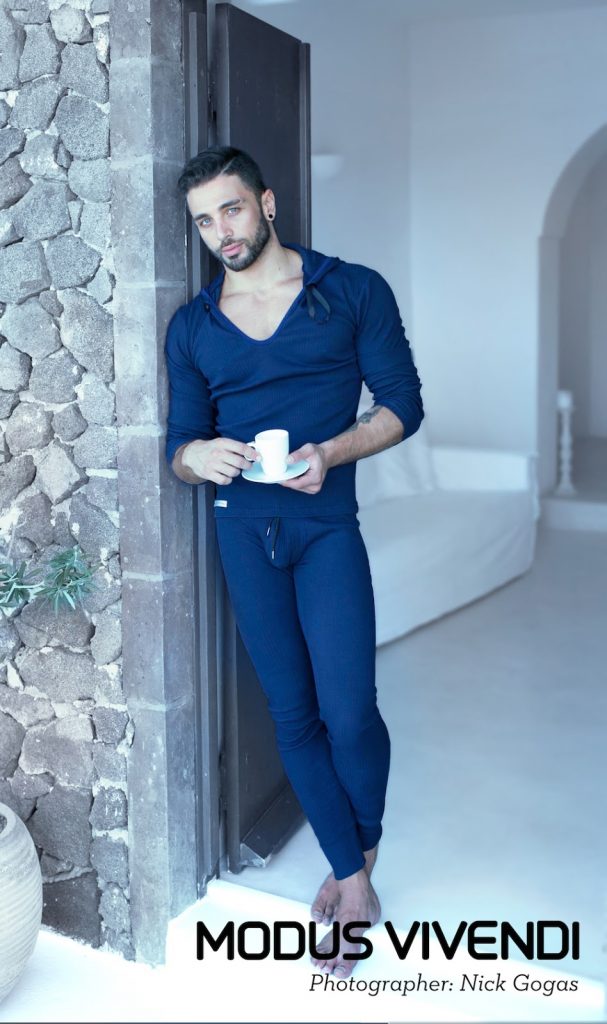 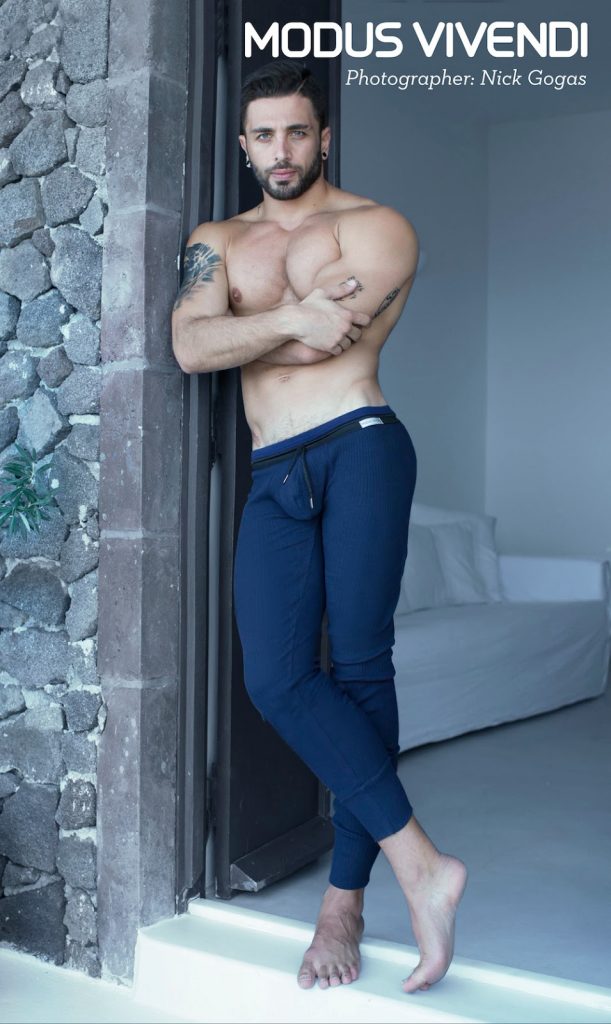 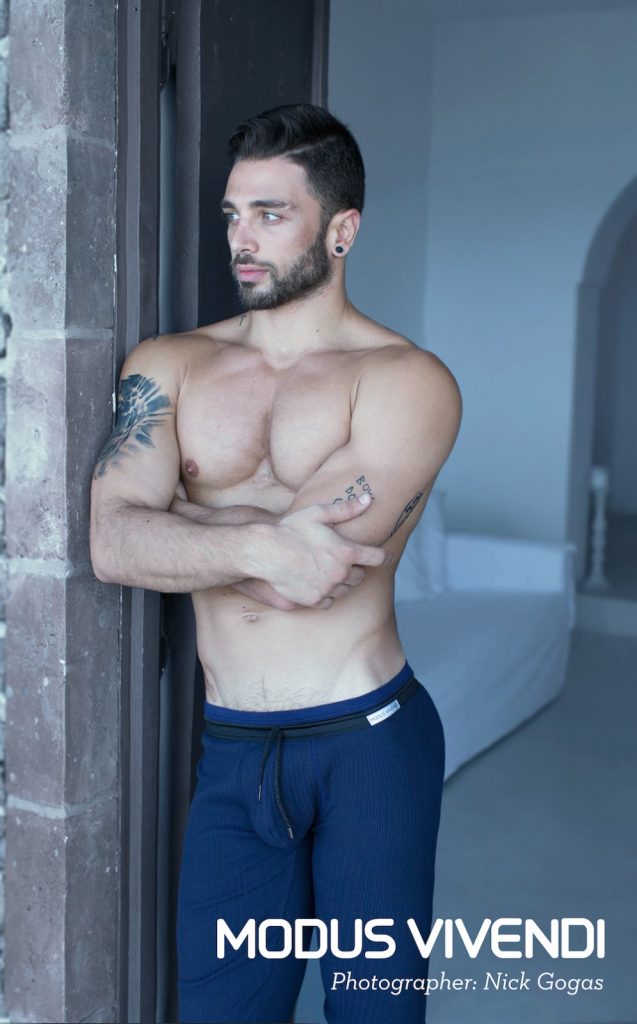 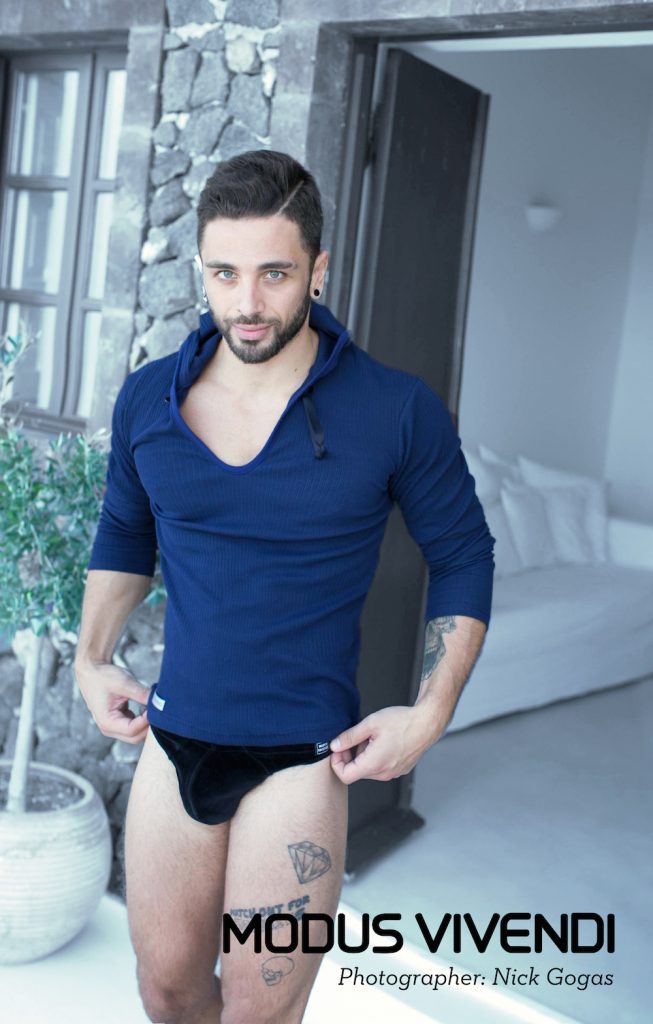 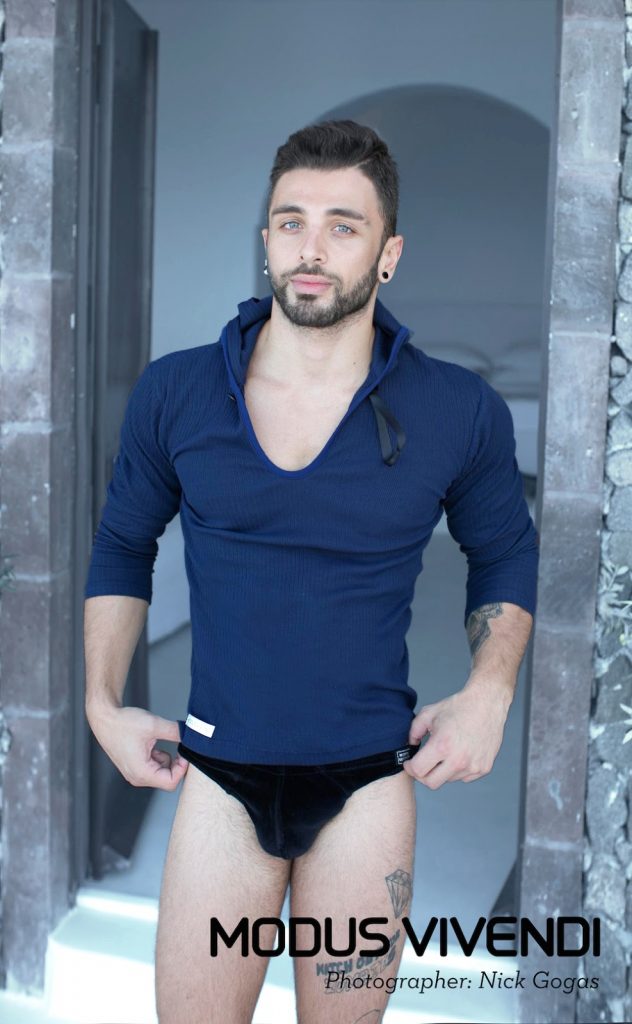 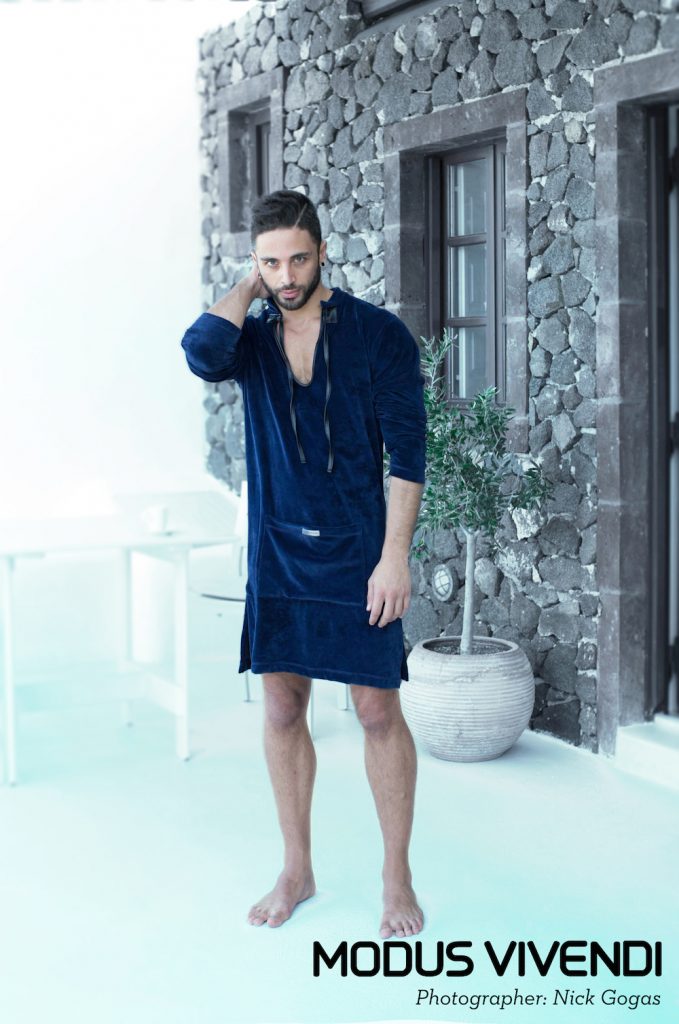 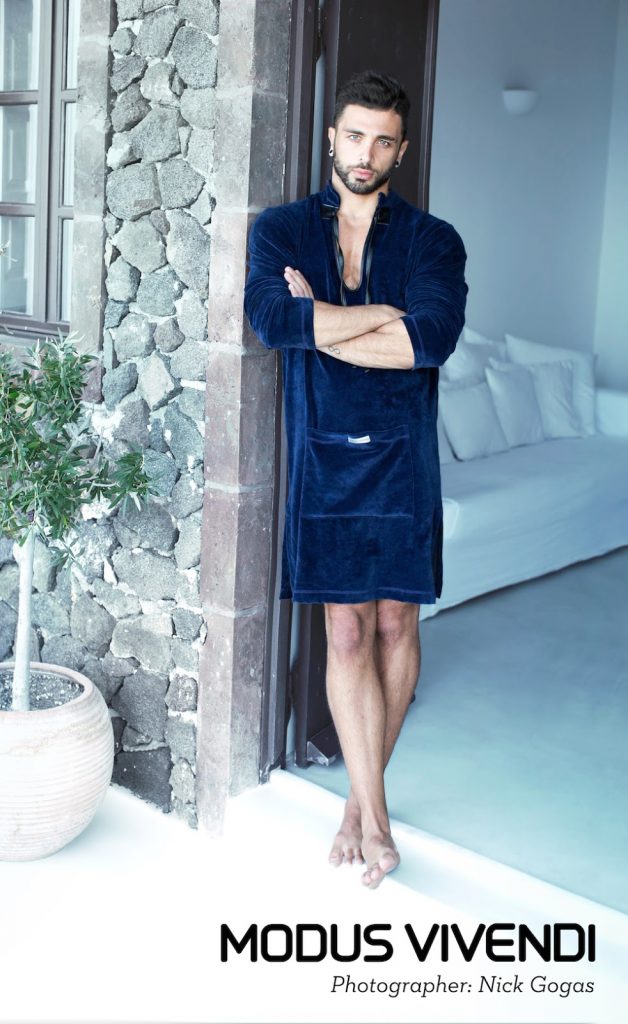