Search
Home
Men and Underwear
One of Men and Underwear blog’s favourite brands, Modus Vivendi, has just released their newest line Stablehand. The line is part of their underwear collection for 2012-2013 and the pictures you will see below part of their campaign Retro Greece.
The model posing as the Stablehand is Lampros Danas. The highlights of this collection is a men’s corset along with spicy accessories for it (jock, brief, boxers) as well as Modus Vivendi’s new singlet/boxers.

The whole collection can be found on the official website of Modus Vivendi under this link: Stablehand underwear line

A few words abut the new products.
Modus Vivendi Men’s Corset: An innovative underwear design by Christos Bibitsos that draws in your
waist and broadens your shoulders. The special elasticated fabric gently
hugs your waistline while seven press studs at the front fasten the
corset. There are three rings, two at the front and one at the back, to
attach the boxers, briefs or jockstrap especially designed to
accessorise this design. Polyester 100%. Available in two colours, black and white. 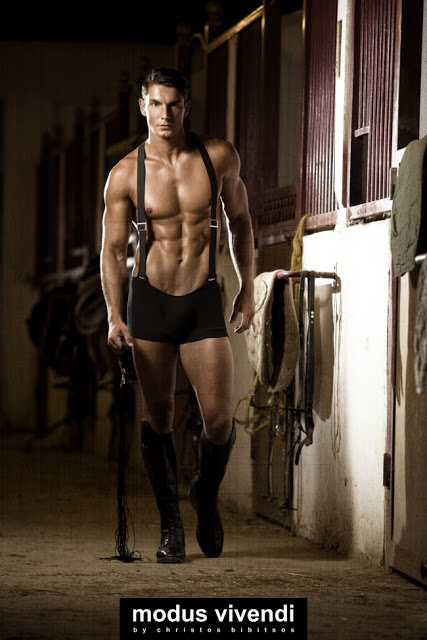 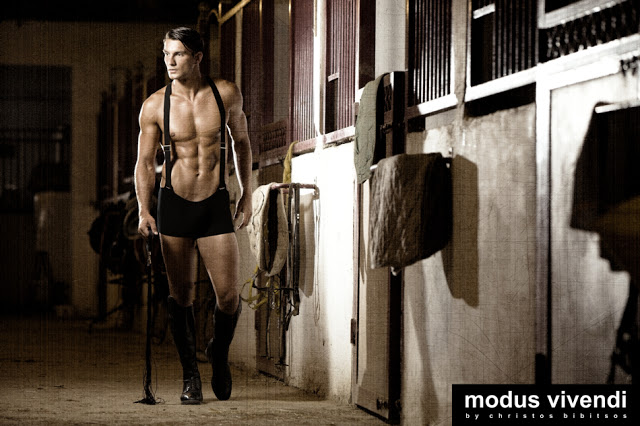 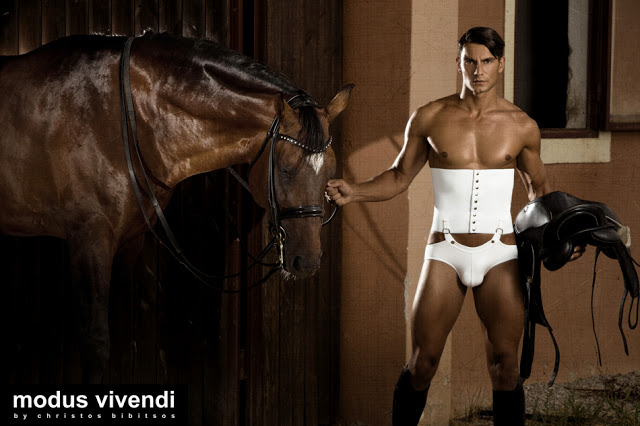 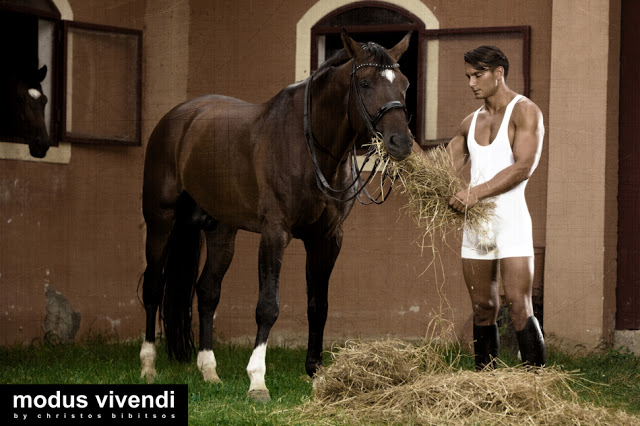 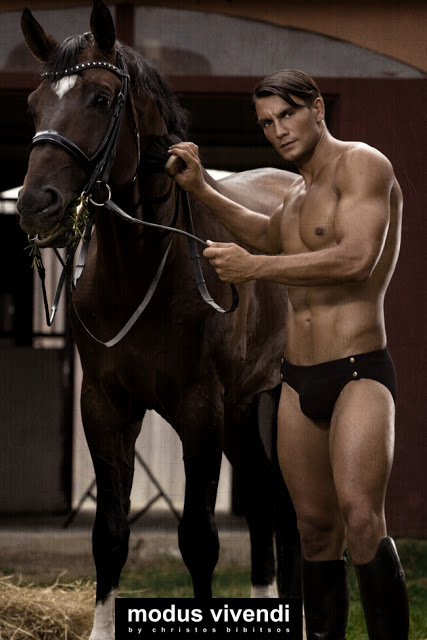 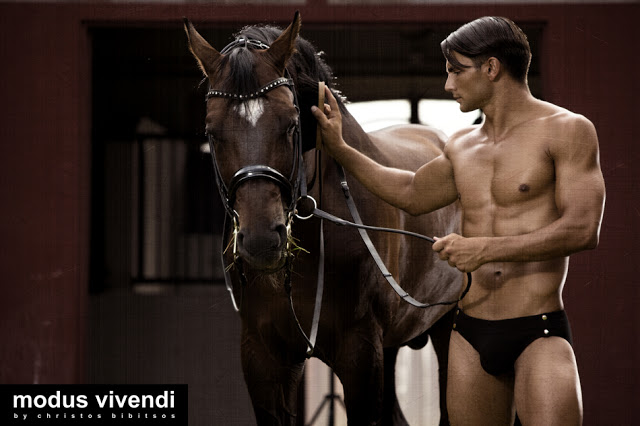 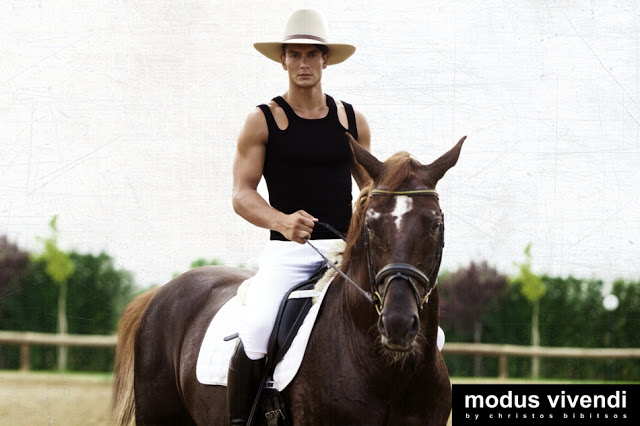 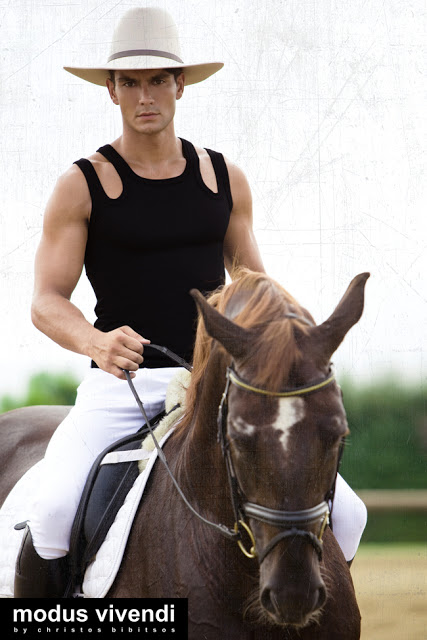 Beautiful pictures of Lampros Danas and beautiful underwear by the Greek underwear brand. Exactly as expected! We love Modus Vivendi!