Model Stathis gets photographed by Philip Smy in underwear by Walking Jack and Andrew Christian. Check out this exclusive editorial here.

Check out the latest feature of the MMSCENE PORTRAITS: Joao Araujo by Max Jorquera.

Our Instaman Award this week goes to our fan and follower Kevin Crosland.

The latest issue of Yearbook Fanzine #19 features Alejandro Burgoa photographed by Roger Vekstein with all underwear by Atelier Traditionnel.

Check out the Heatwave editorial in The Perfect Man magazine photographed by Angel Ruiz with model Konstantin Kostin.

Dozens of underwear, swimwear, socks and accessories have just been added to our sales section!

The popular Cellblock 13 Tight End jockstrap is now available in a ‘nude’ colour series of Tan, Beige and Brown at jockstraps.com

The offer of the week at aussieBum this week is the Joey Shorts at 50% off!

New prints in the POW underwear collection, are now available at Supawear!

The new Aktiv NRG underwear series was just released by 2EROS. Check it out! 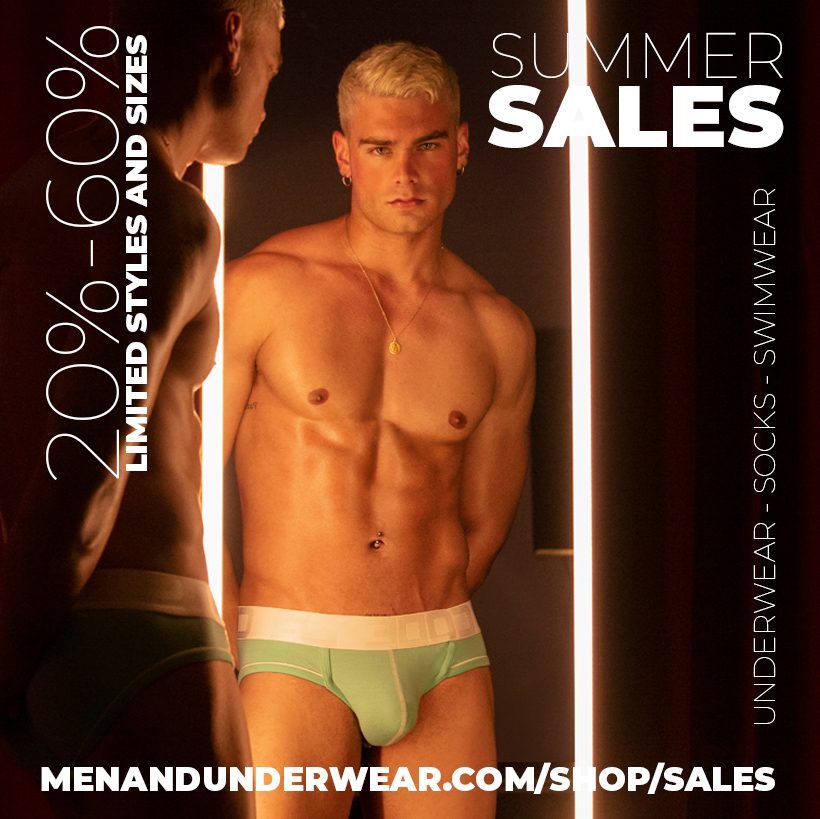