Model George gets photographed by Valeodis in the sexiest underwear of Adam Smith. Check out the first part of the exclusive editorial here.

Join us on location in Havana, Cuba with young model and actor Santy Sosa at VFashion Management photographed by West Phillips for Yearbook Online.

Our Instaman award this week goes to our fan and video creator Claudio Cascavilla.

Model Rayssiê Rodrigues gets photographed by Julio Cardoso for SD Underwear. The campaign in Eroticco Magazine.

Dozens of underwear, swimwear, socks and accessories have just been added to our sales section!

A new website and many new collections just launched at jockstraps.com

The offer of the week at aussieBum this week is the Comfy Bamboo boxer briefs at 25%!

New Paradise swimwear at 2EROS. Check it out! 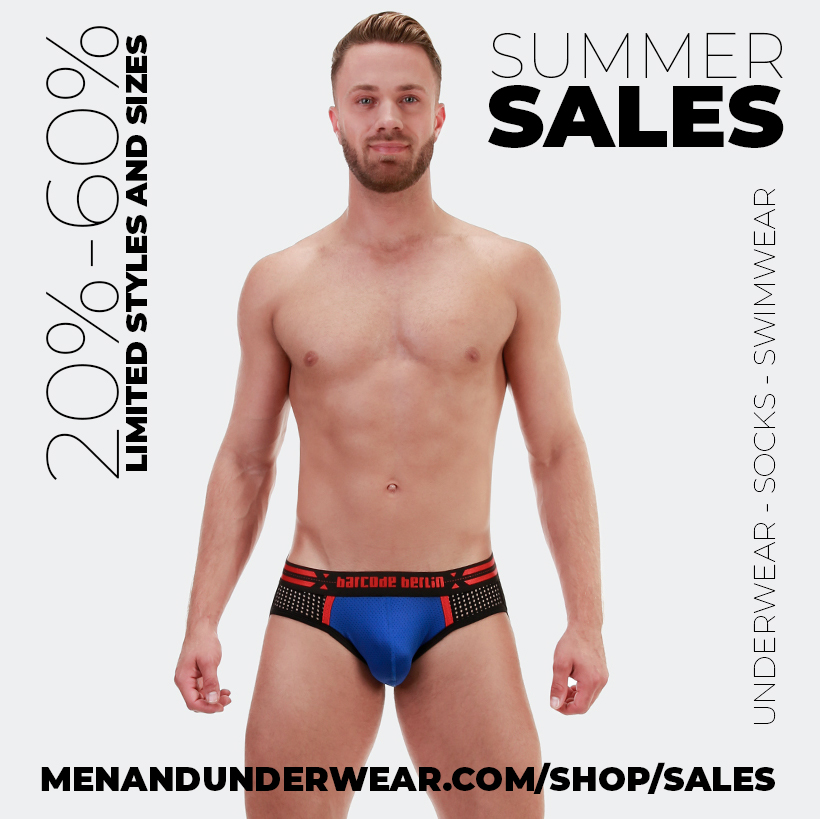