A new line of limited edition thongs has just been released by Barcode Berlin. The line is called Miran and it is unusually (for Barcode Berlin) colourful and uplifting. These thongs come in three colour ways: blue, yellow and mint green. Barcode Berlin is one of those brands that like to experiment with their style without sacrificing their image. Thongs are not their typical shape but we are pretty sure they listen to their customers (and possibly have been reading articles in our magazine) to design and produce this style. Thongs is the most up-and-coming trend in mens underwear and almost every designer brand out there have incorporated it in their collections. The German brand has its very own factory in Portugal where it manufactures its own designs. This gives them a great advantage, because they can constantly produce new styles, without having to go through the whole process of dealing with third parties. This also allows them to produce limited edition collections in short notice, such as these thongs.

The Miran Thongs were released in a strictly limited run and, as we said, in just three colours. They all feature a monochrome contoured pouch combined with a white waistband on which the Barcode logo is repeated in black letters and a red line running across the top. The fabric is a densely ribbed cotton based material with just 2% elastane added for that extra stretch. The back is that of a typical thong, in a triangular shape, that will leave the buttocks free of any material. Take a look at the photos below with model Marin posing in all three thongs. If you like what you see, visit the Barcode Berlin space of our eShop and get yourself some. We are more than certain that all three will run out in record time! 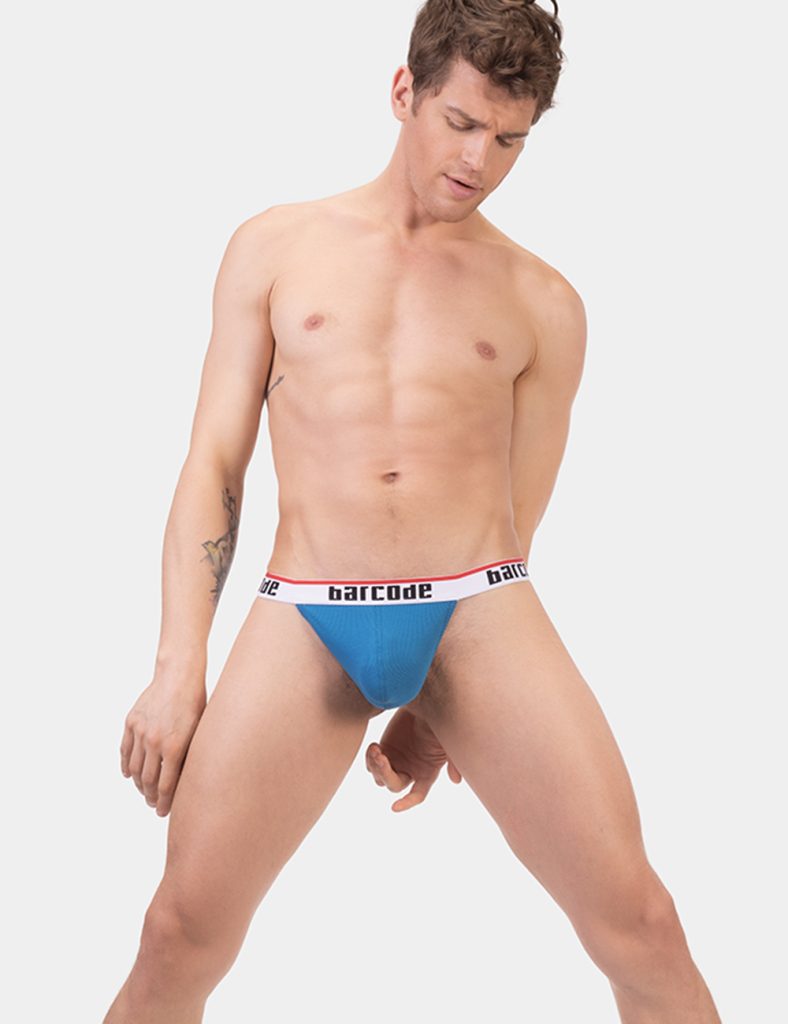 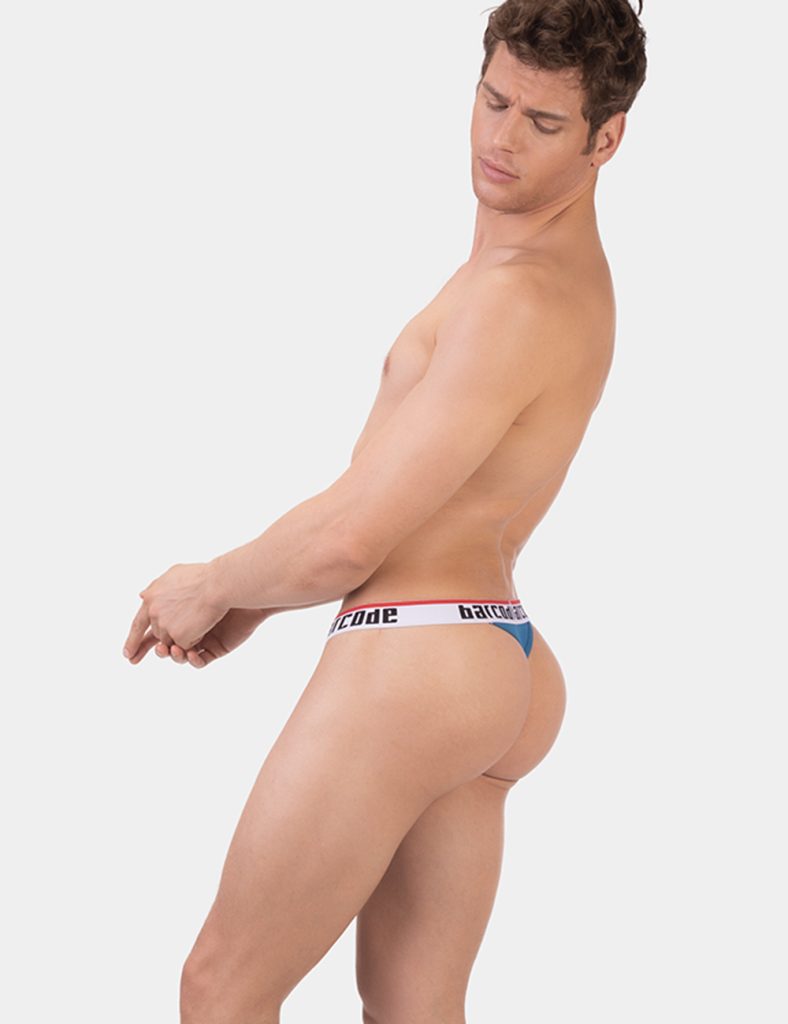 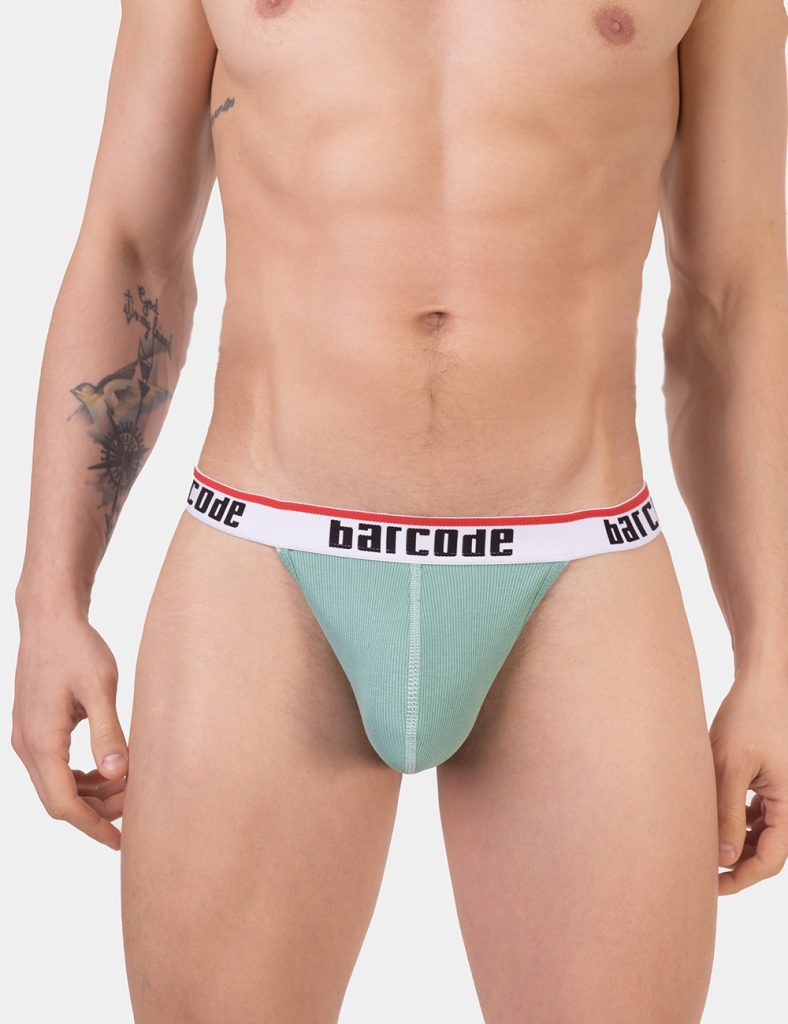 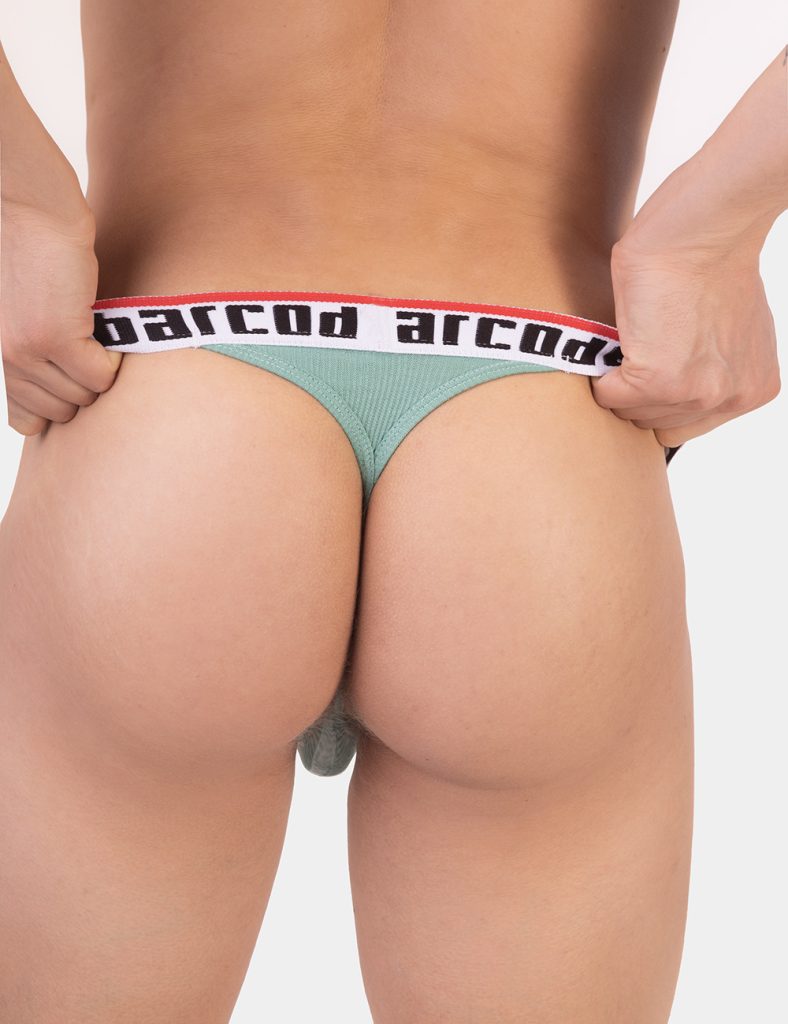 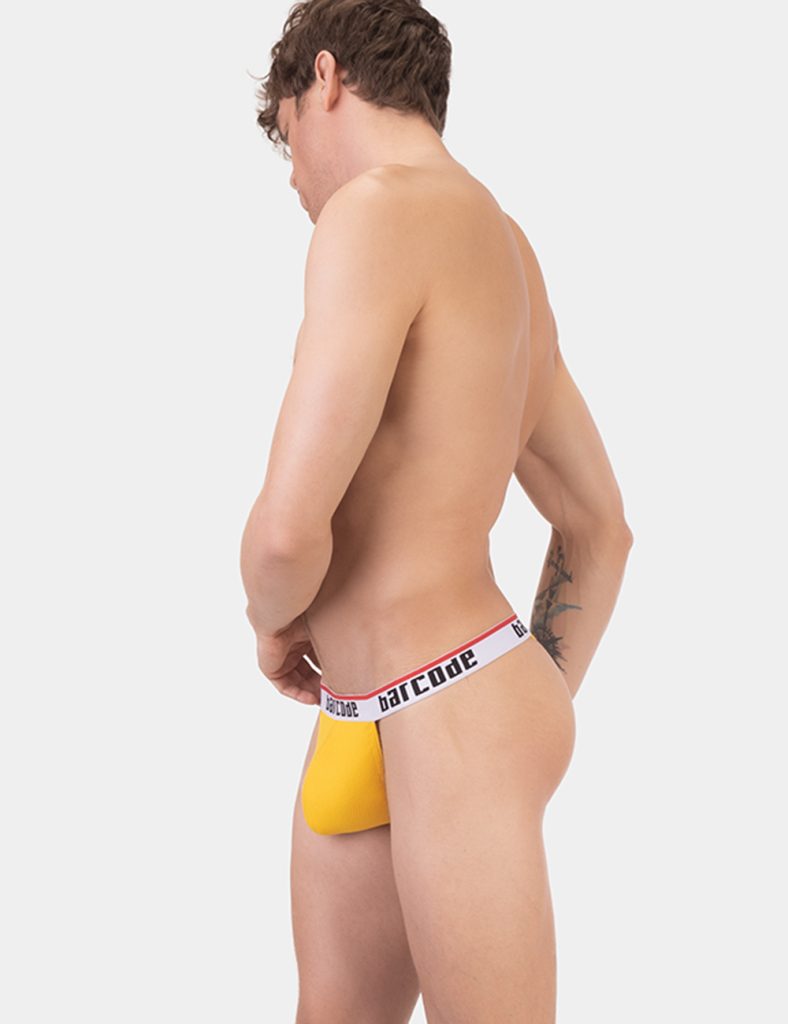 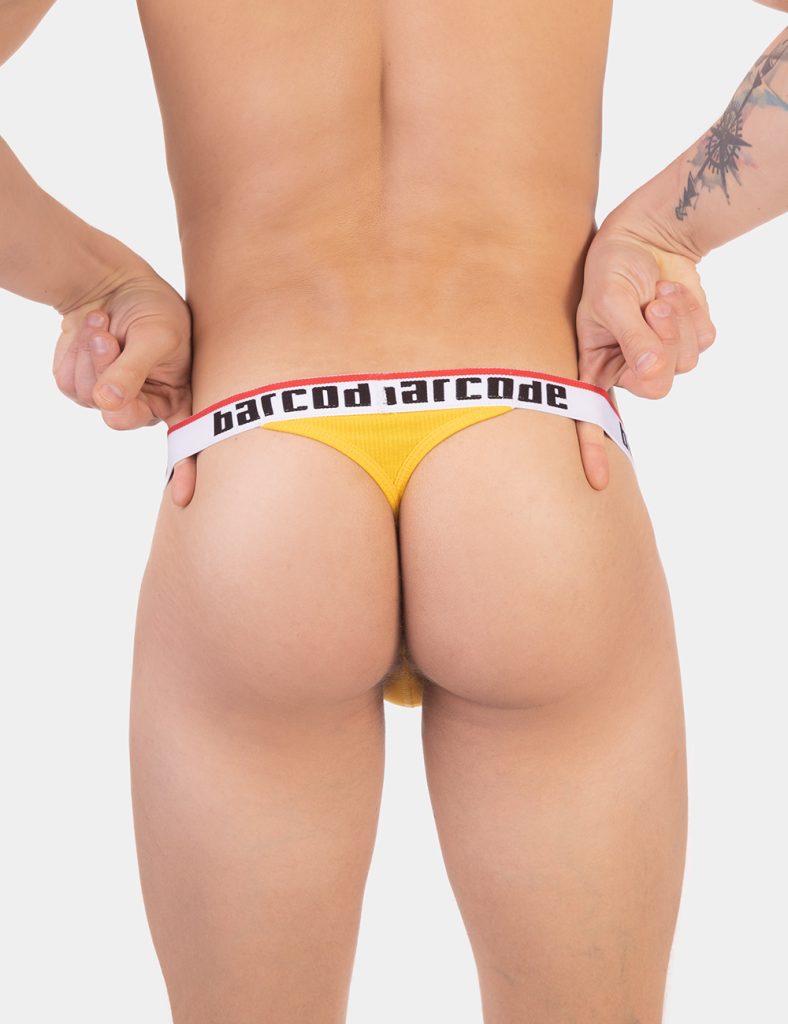