One of the most creative men’s underwear brands of Europe, FUNDIES has just released the first part of its Them Dreams Collection. FUNDIES was launched in 2016 by Hans Hutting as a mix of “colour playfulness, queer jokes and spreading love”. The Dutch brand creates quirky and unexpected designs in strictly limited quantities, all made by hand in The Netherlands. FUNDIES certainly is a non traditional brand. The release of their collections fall out of the fashion standards and they use sustainable materials, such as fabric leftovers, natural dyes and handmade prints.

The new collection is called Them Dreams and gets inspired by a dream the designer had. The collection is released in two stages, the first (Them Dreams #1) launched just a few days ago and the second (Them Dreams #2) will. be released early April. The Dreams #1 comprises gender fluid briefs, tanktops, tees and bodysuits.

Isn’t it marvellous how we dream? Freud called dreams the “royal road to the unconscious’’. Carl Jung described dreams as messages to the dreamer and argued that dreamers should pay attention to them for their own good. Our new items are all about a dream I had: shapes floating over real-time images. Circles, clouds and stars creating a new shape. These shapes symbolise a unity: the circle is our world, the clouds connect us to our world and the stars are the connection beyond our world. Them Dreams! As a designer in 2020 I think it’s important to be humble towards our world and all its resources. This humbleness as a designer can bring your work to a new creative level. When we launched FUNDIES in 2016 we’ve always used leftover fabrics of the fashion industry. This time we also started using fabrics with manufacturing defects. We’ve repaired and re-dyed these fabrics if necessary in a FUNDIES way: with rhinestones! And saved these fabrics from being incinerated.

The new designs are featured in the photos / campaign of the brand below. Photography is by Jesse van den Berg and models are Cheraldo, Moreno and Ashley.
Hair and make-up is by Daniel, Haus of Bea. You can find all items of FUNDIES in their official e-store, their concept store in Anhem, Netherlands and FAC Shop in Amsterdam. 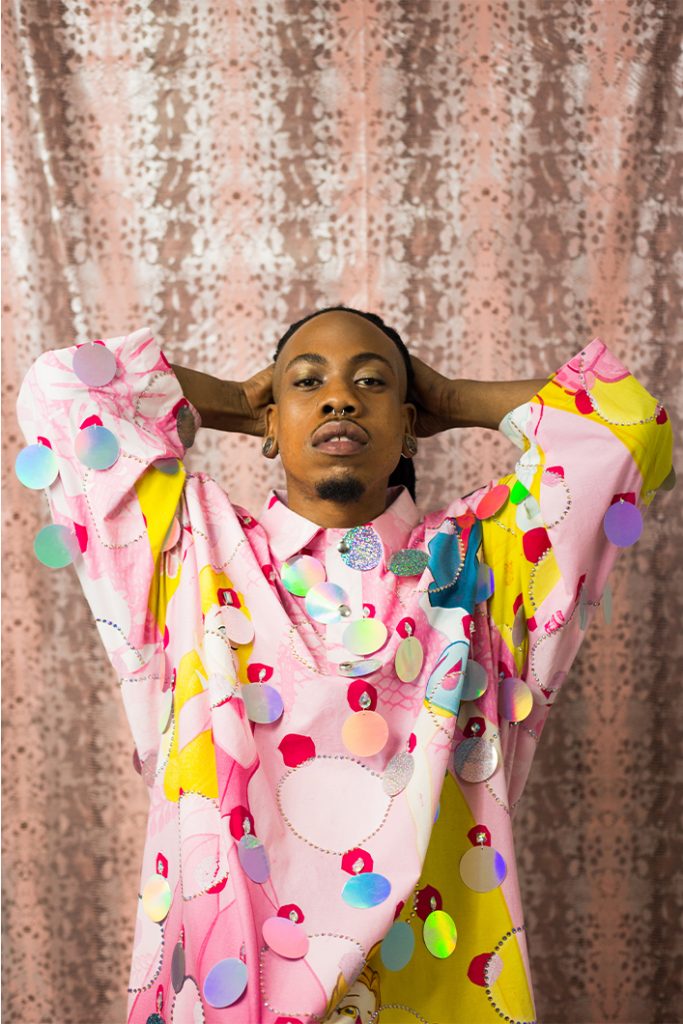 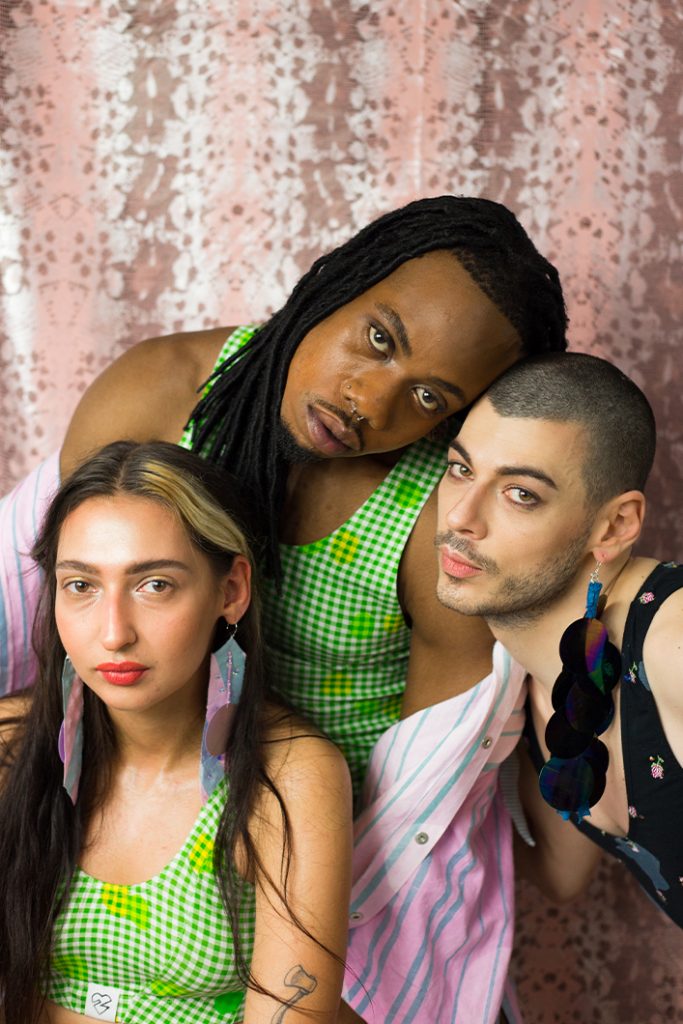 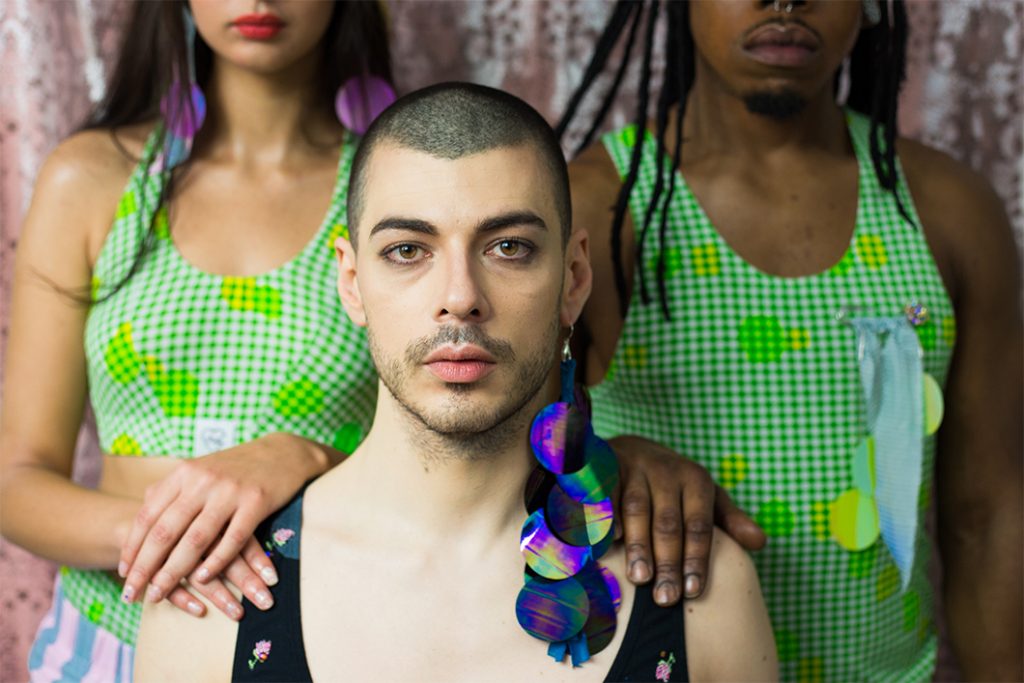 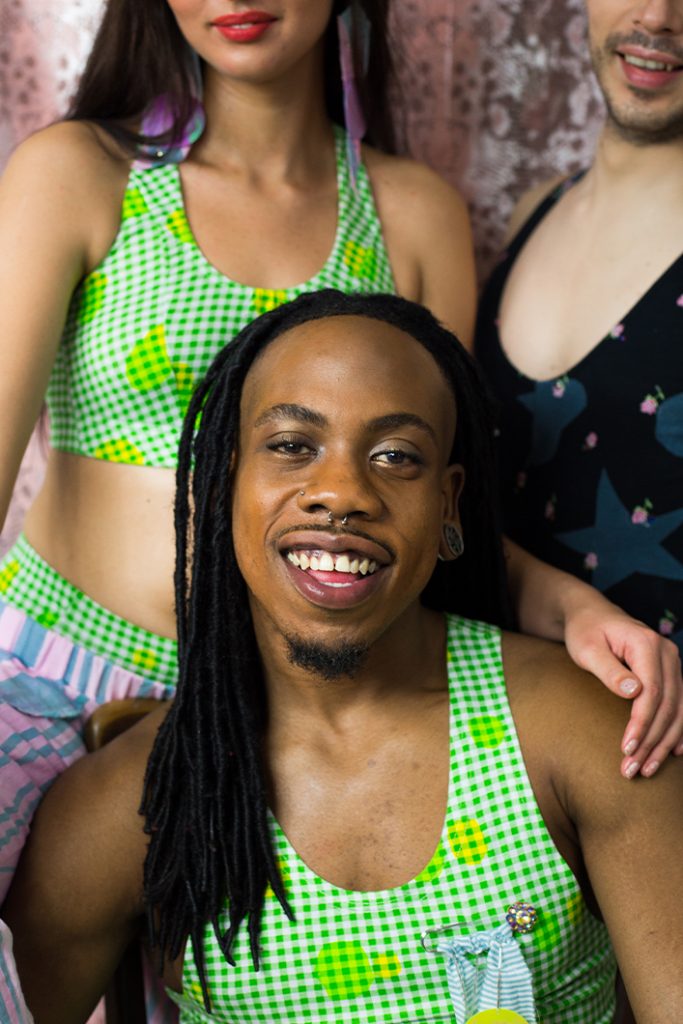 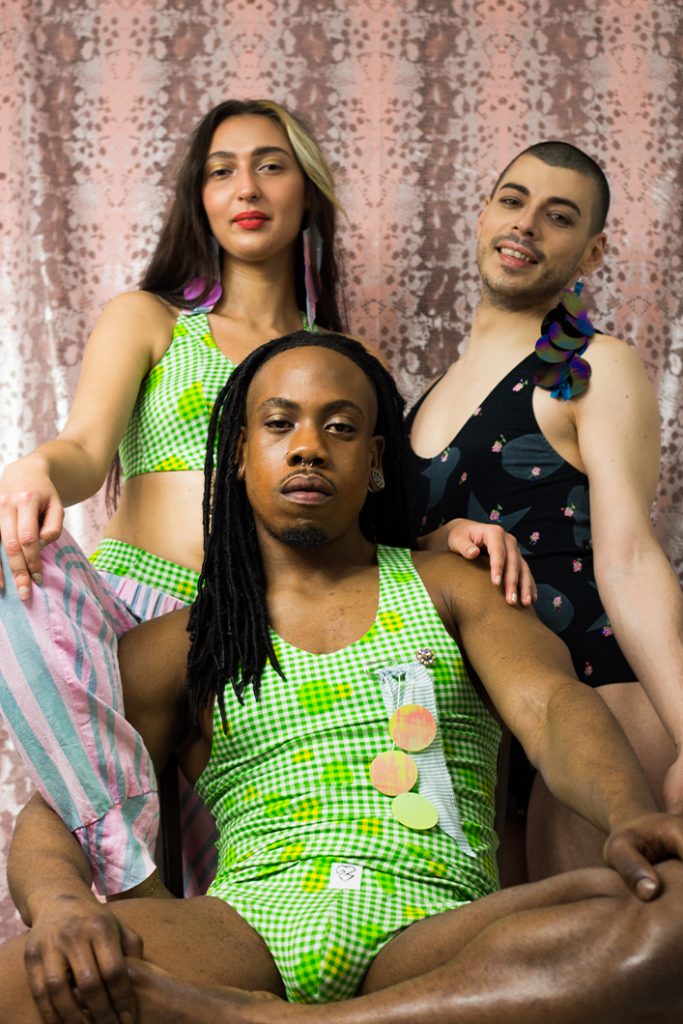 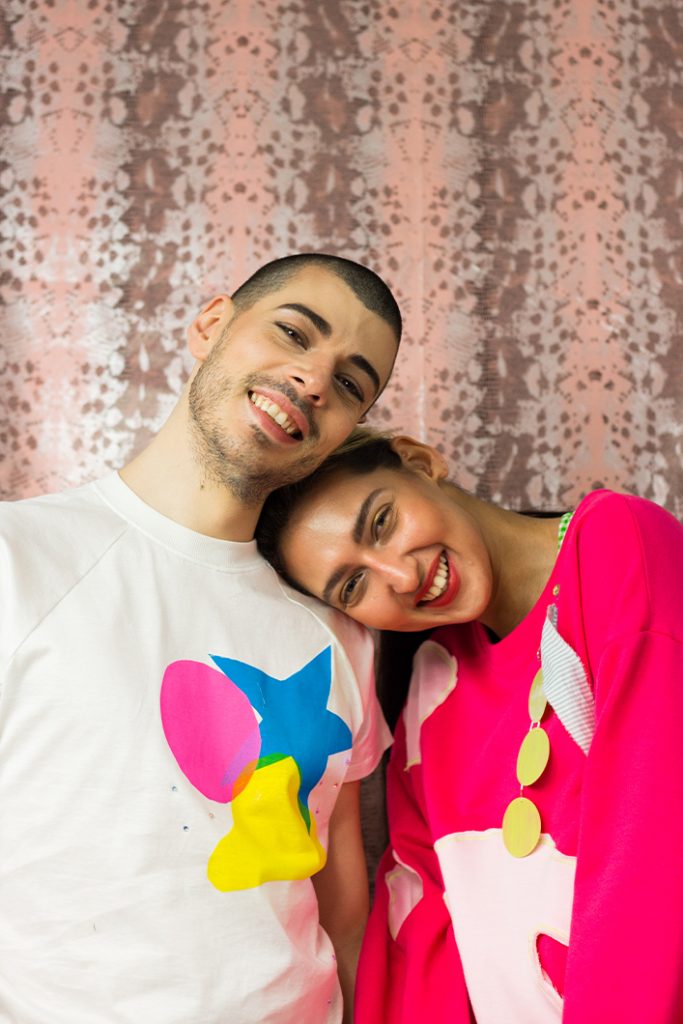 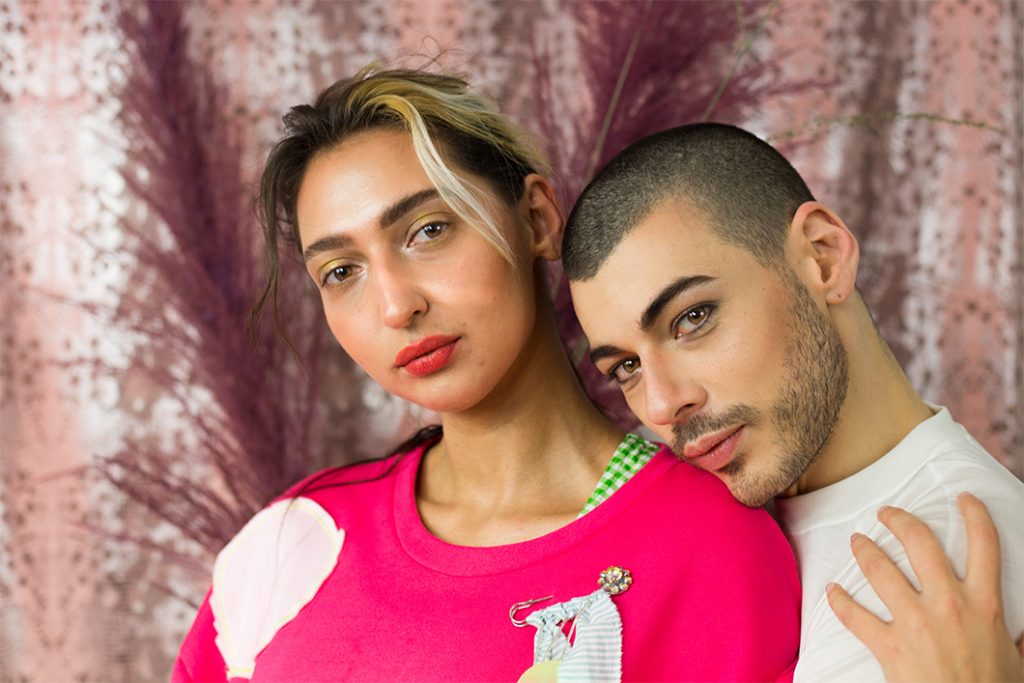 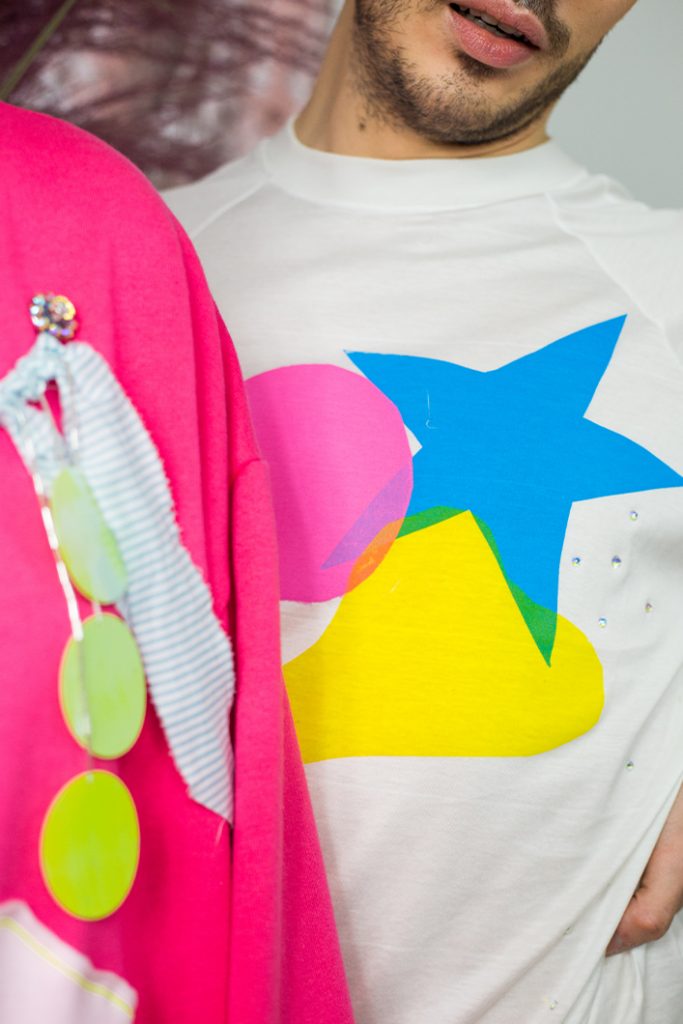 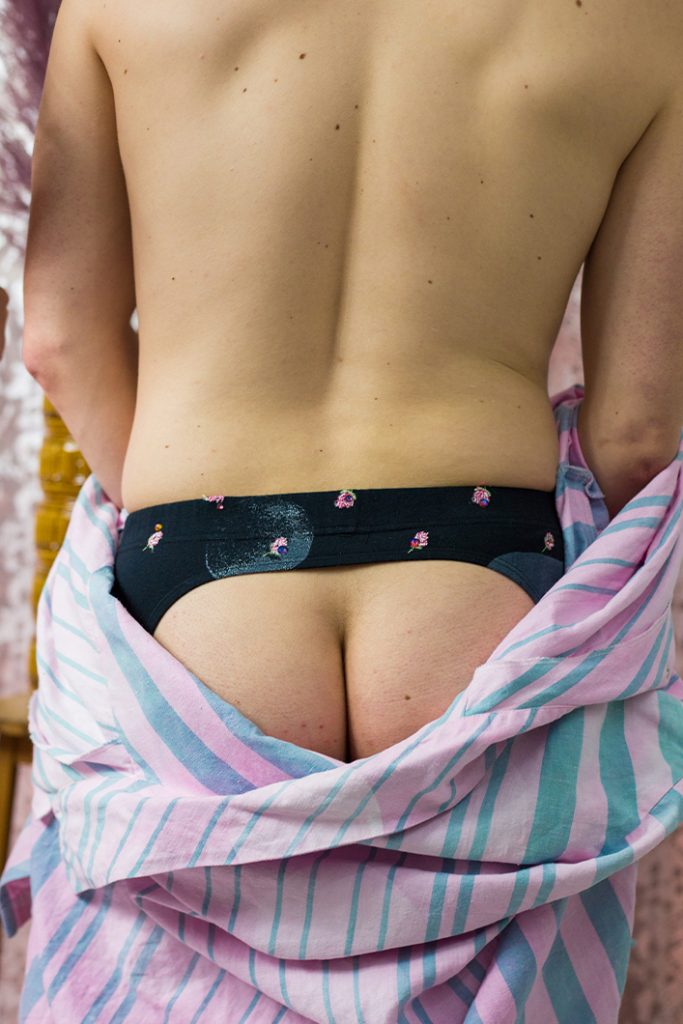