French luxury brand L’Homme Invisible has just released a new line called Axel Black and a very nice campaign featuring Philip Fusco posing in its daring designs! We have written before that fabrics have no gender or sexual orientation and we are extremely happy to see well established brands such as L’Homme Invisible thinking out of the box and create masculine styles in fabrics that until very recently were seen only in lingerie. Moreover, when you see a well known underwear model such as Philip Fusco posing in them, you know its gone mainstream. We had the pleasure to interview Philip Fusco last year, you can read his interview here.

Known for their avant-garde designs and out of this world fabrics, French luxury brand L’Homme Invisible strikes again with yet another unique line. The Axel Black comprises outstanding creations made from a top quality Italian lace. The Axel line is as sensual as it is masculine, with underwear styles made to impress. L’Homme Invisible’s Axel Black line offers four styles of underwear: V-Boxer U Pouch, Miniboxer, Hipster Push Up and String Striptease. They all come unlined so please be warned that your assets will show through it. Gold accents, discreet branding and even quick release snaps are just some of the features of a collection that bears the trademark of the owner and head designer of the French luxury label, Sandeep Sahni. A diverse T-shirt completes the collection with a garment that can be worn with the underwear as an ensemble or on its own as street wear.

The campaign was photographed in New York by owner of the brand, Sandeep Sahni himself. Model Philip Fusco is posing in the sensual designs against the city lights of the metropolis. The Axel Black collection by L’Homme Invisible is already available from its official e-store and select retailers around the world. Don’t miss to visit the underwear selection in our own men’s underwear shop by L’Homme Invisible as well! 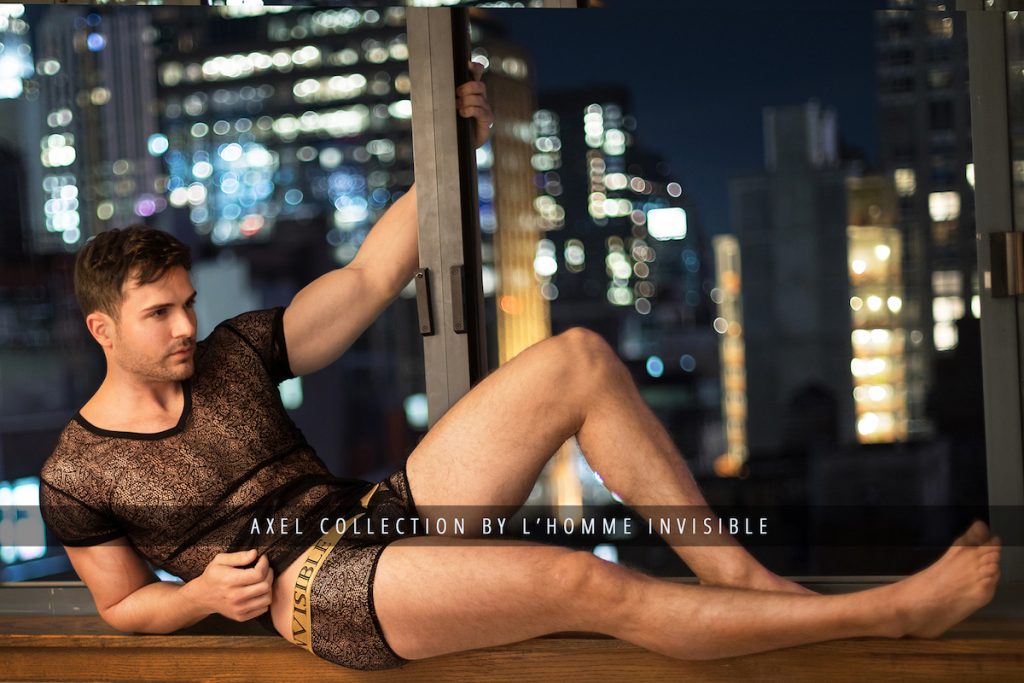 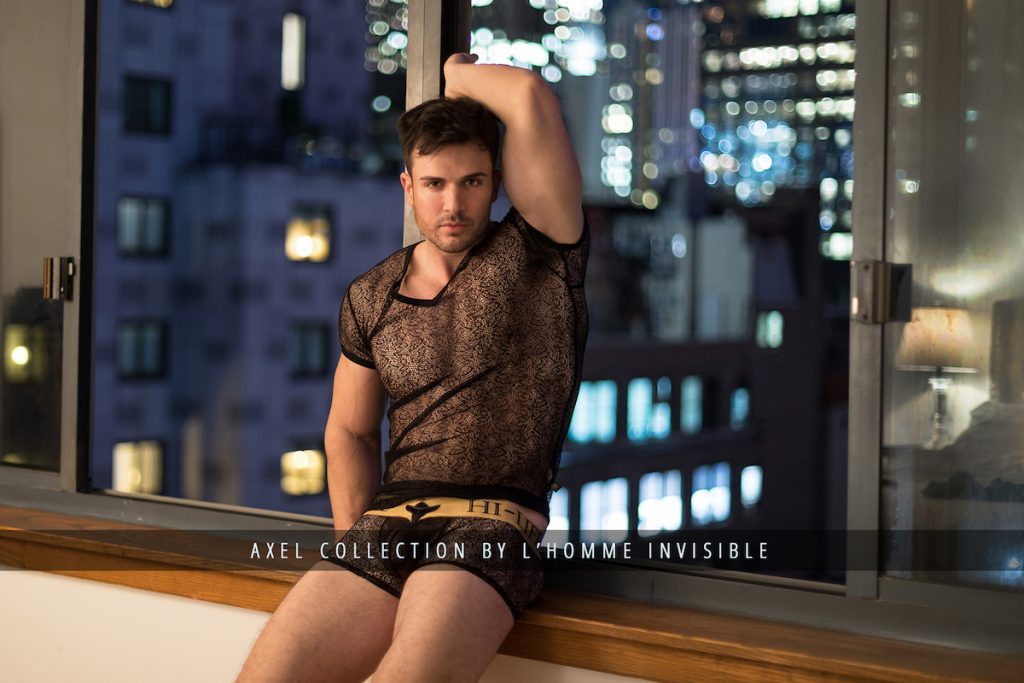 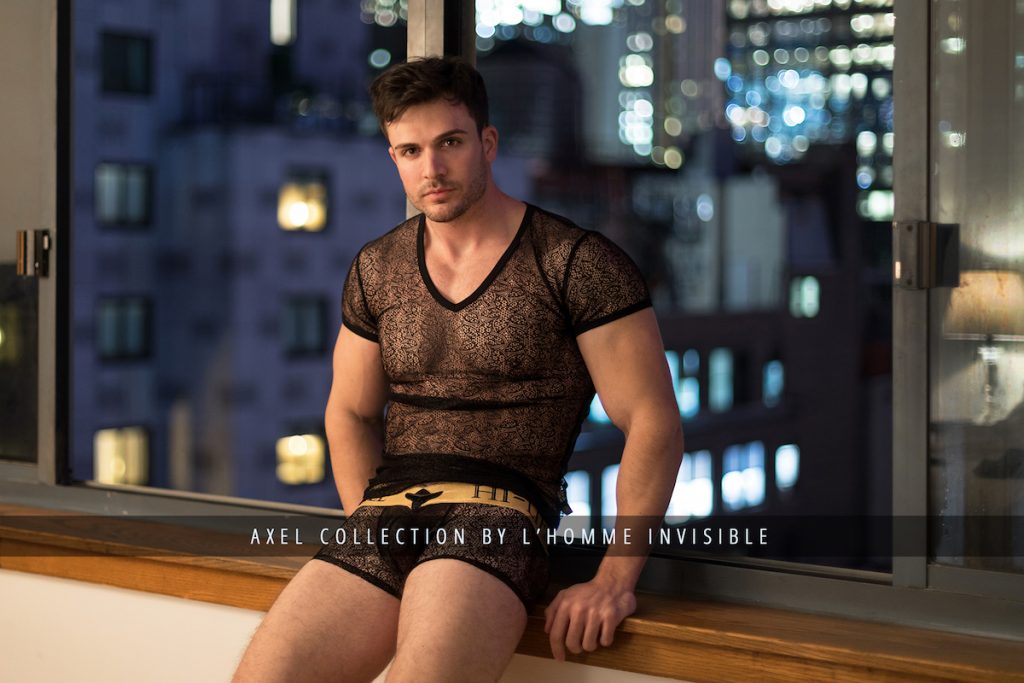 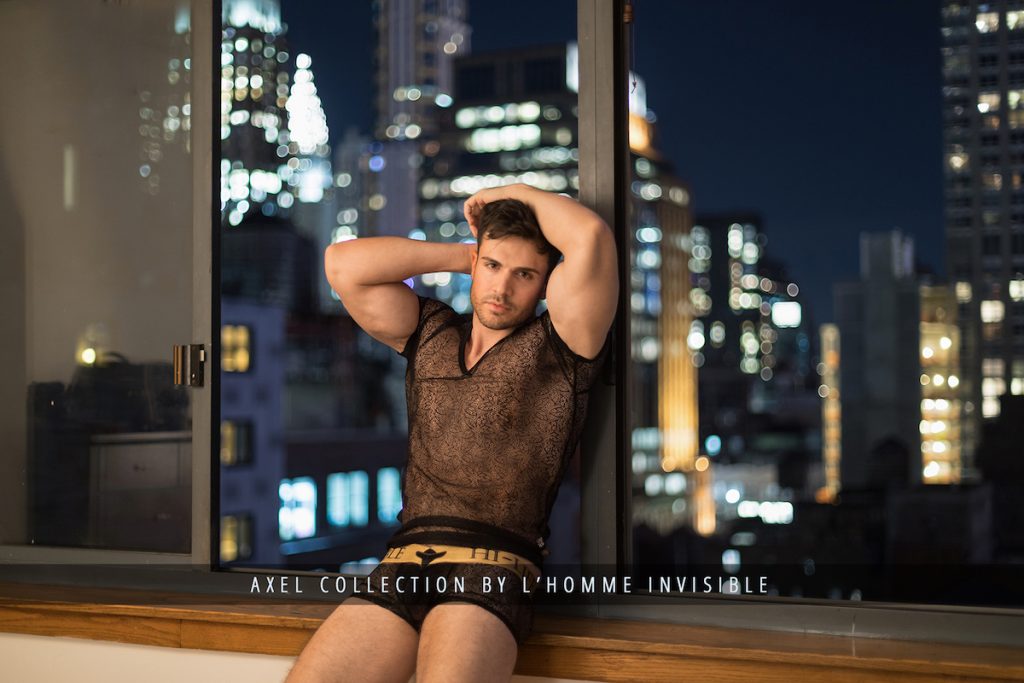 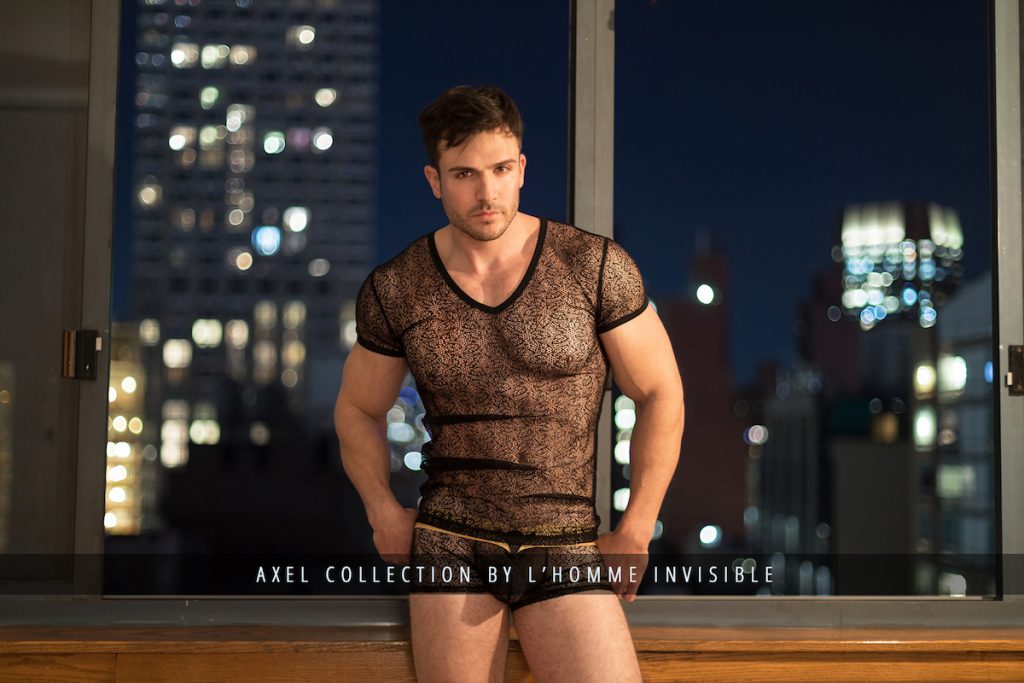 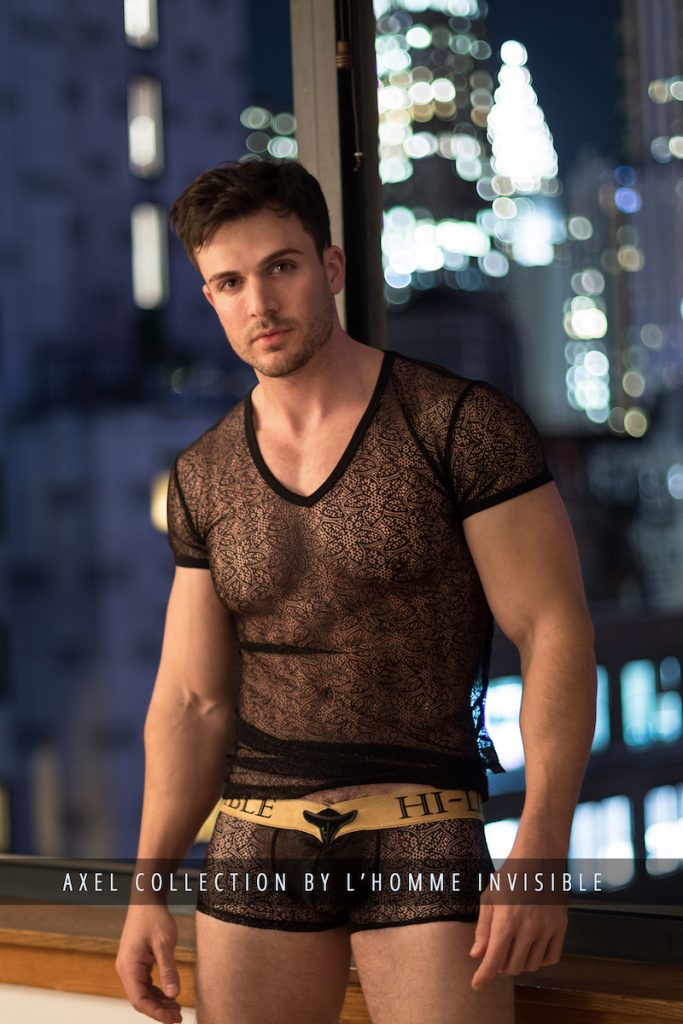