Greek label Modus Vivendi has just released the second line of its Pre-Fall 2017 collection and it’s camo! The Desert Line is a new take on camouflage print inspired by the Greek Wilderness featured in a variety of garments suitable to wear between seasons.

In two lovely colour options (sand and grey) this outstanding line comprises underwear, sportswear, loungewear and streetwear. The extensive underwear range includes jockstraps, tangas, backless briefs, briefs, boxer briefs and singlets all made with a polyester and elastane blend fabric. The line also includes matching tank tops, shirts, shorts, pants and hoodies in a variety of fabrics. Modus Vivendi is committed to high quality and local manufacturing and this line is no exception.

The campaign you see below was photographed in Meteora, an impressive landscape of rock formations in Central Greece. The region is protected and included in Unesco’s World Heritage List. The site was photographed and used as a backdrop in a few episodes of the series “Game of Thrones”. 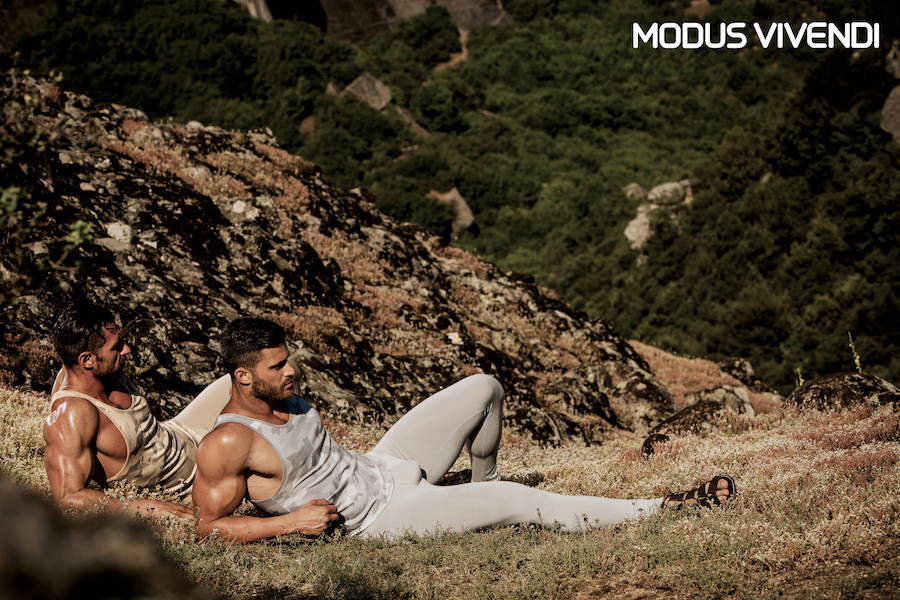 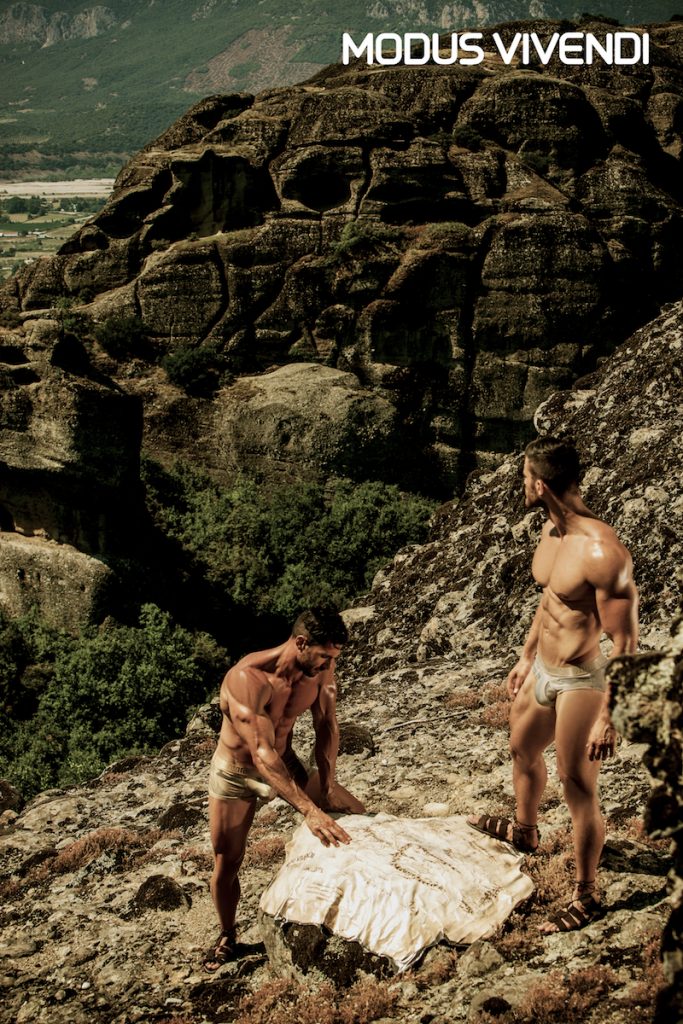 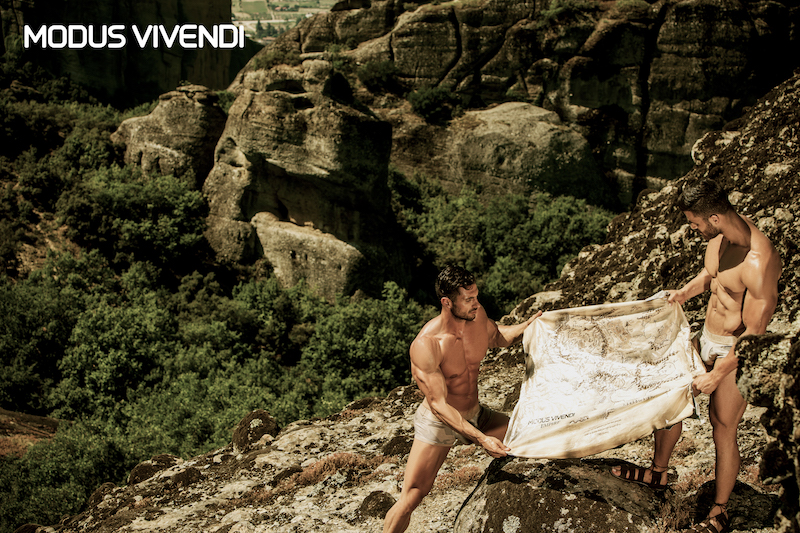 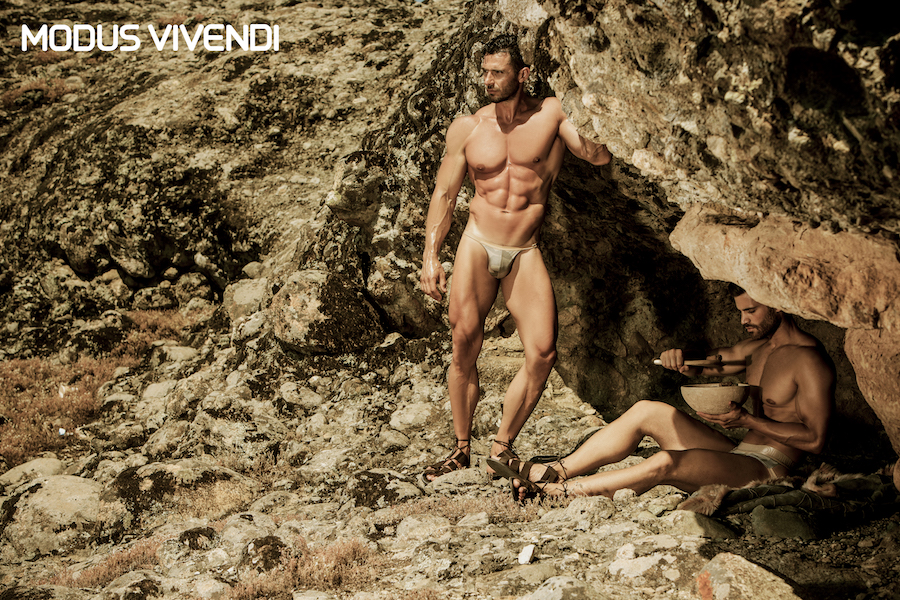 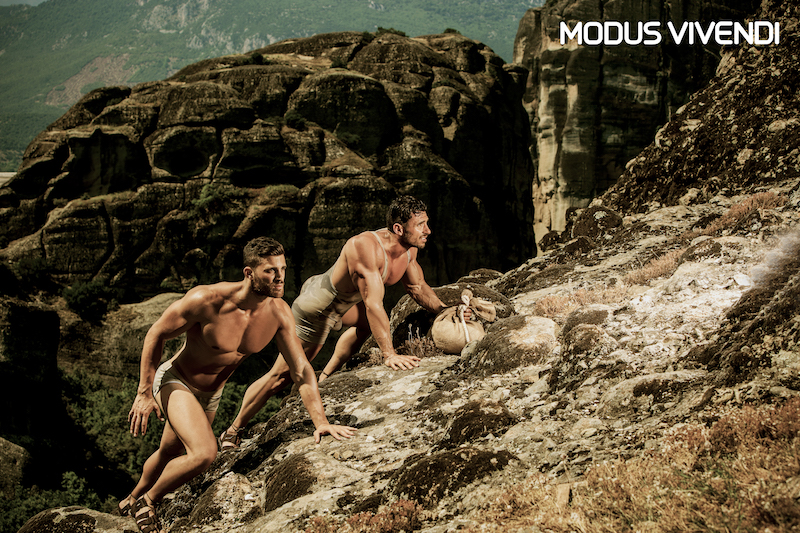 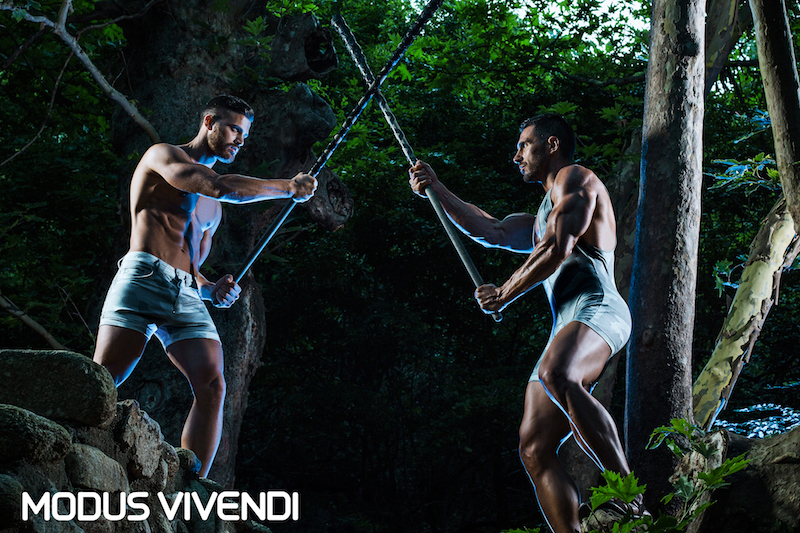 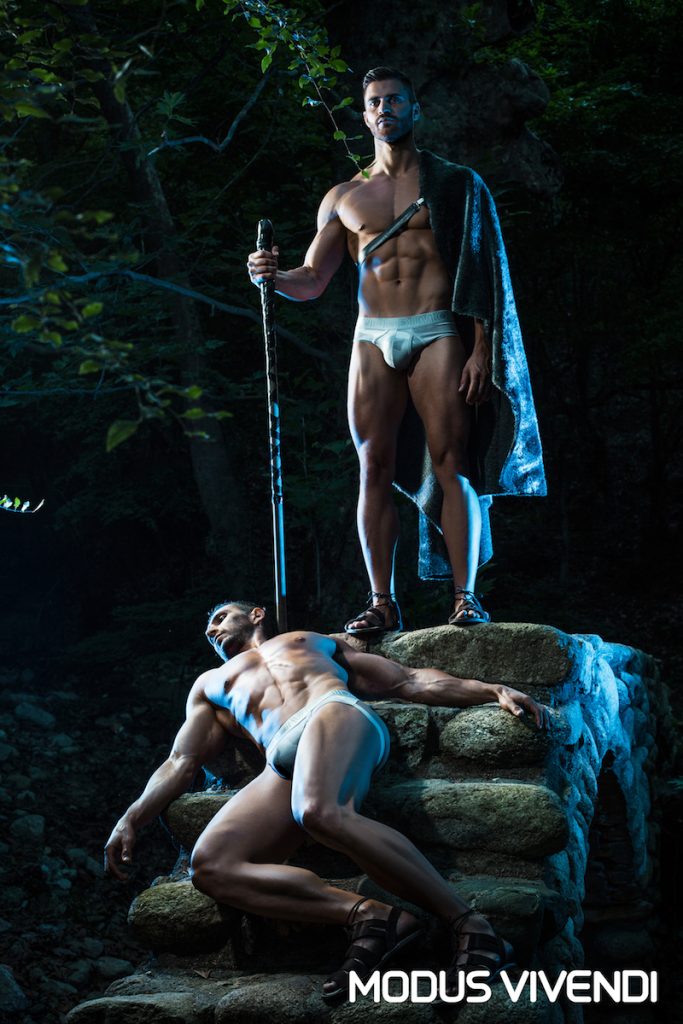 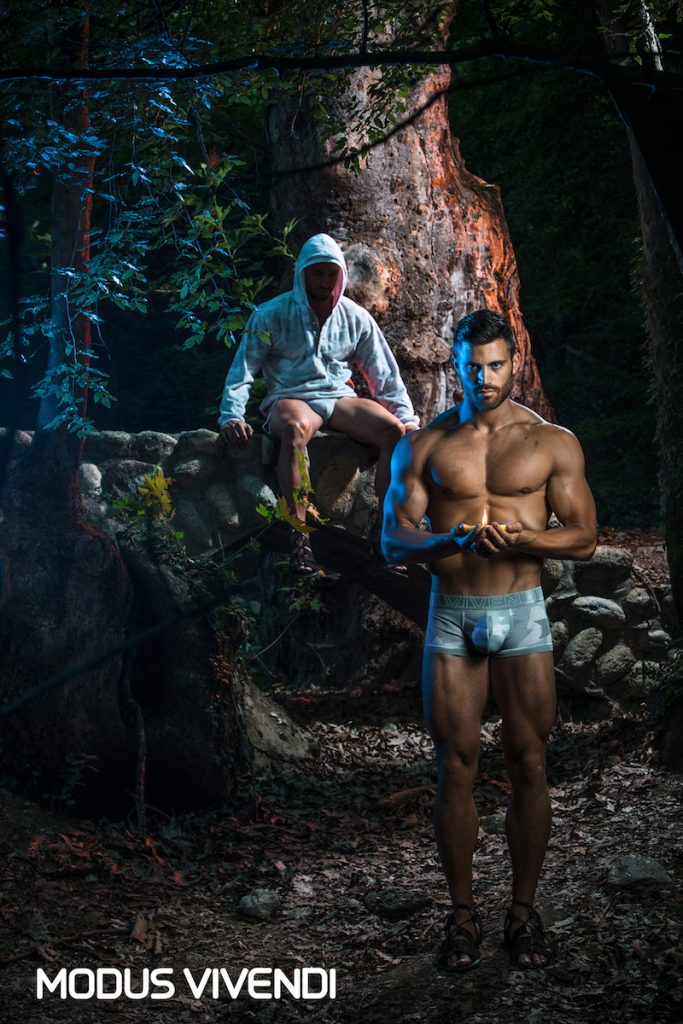 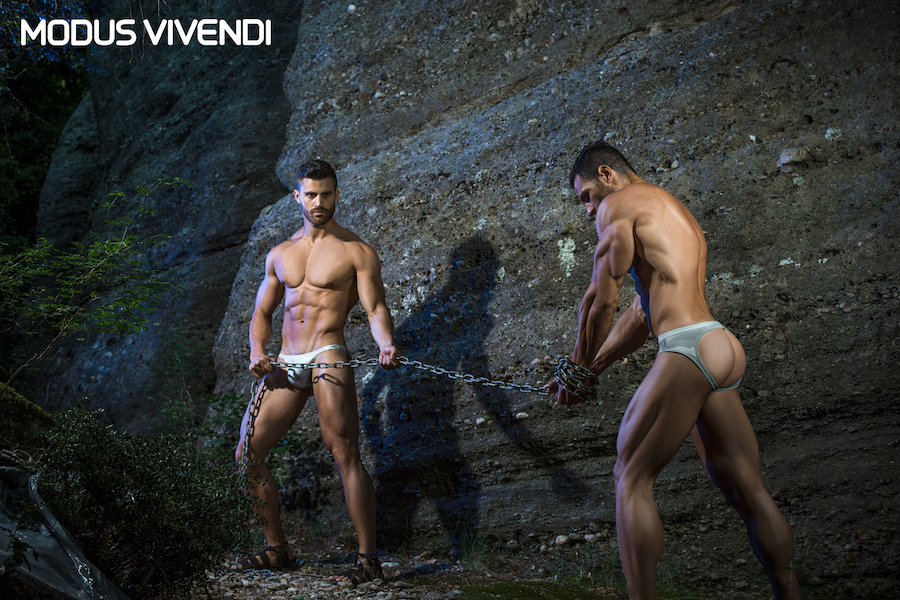 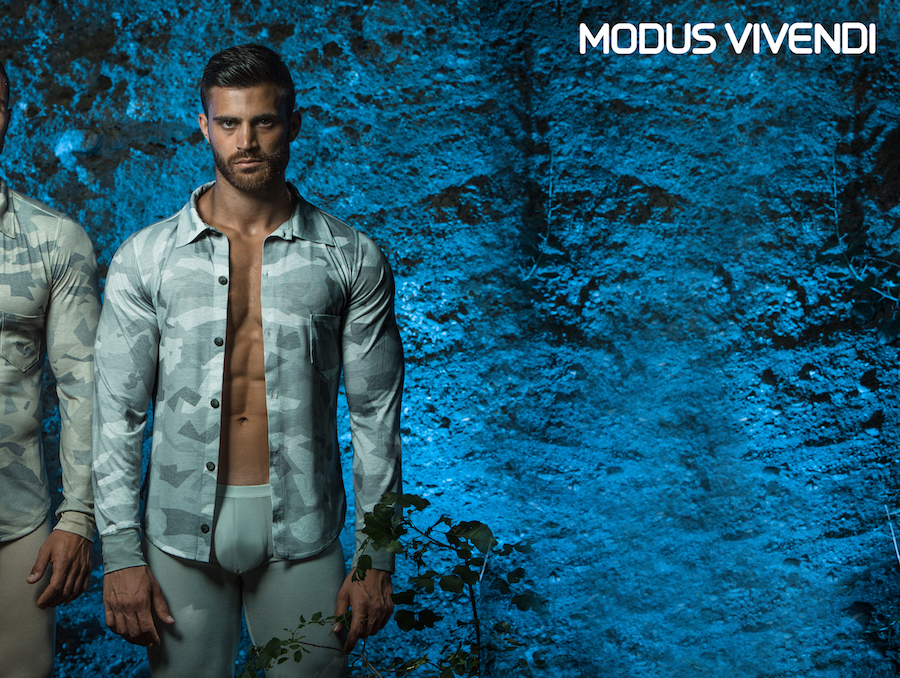