Say hello to Bruin Collinsworth! As the new face and body of Timoteo’s Magnitude Collection, Bruin Collinsworth is a male model that has been ascending the ranks in the industry, first making waves when cast in an ad campaign for Nasty Pig in 2014 that was featured in Out.com. In only a few years, Collinsworth has made great strides in the modelling world, becoming a favourite of fans in several magazines and through his large social media following. Since moving to New York to concentrate on his modelling career, Collinsworth has racked up an impressive resume that continues to grow. In this exclusive Q&A, Bruin gives more insight into where his passions lie, his dedication to being a top model, and what other projects are on the horizon. 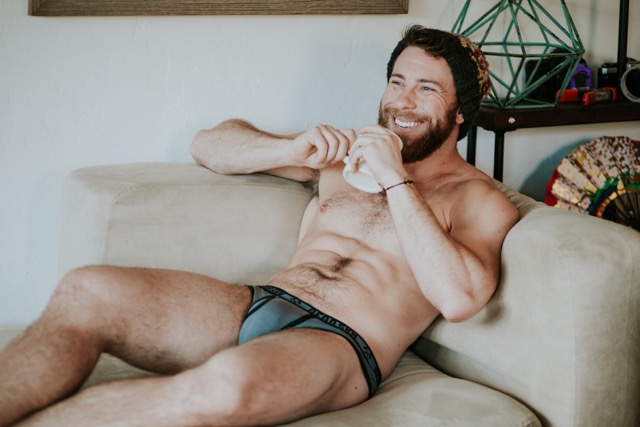 Name: Bruin Collinsworth
From: Springfield Ohio
Lives: NYC temporarily but based in LA

Hello Bruin, tell us a little about yourself.

I’m a good midwest guy with a bit of a wild streak and a heart of gold. I was a college athlete which gave me a really good physique for modelling and a better understanding on how to move my body for photographers. I’m a performer at heart, I’m the kind of guy who just loves life and making the most of it.

I don’t remember the exact first experience of modelling but I vividly remember doing underwear runway shows during pride in Columbus where I’m originally from and loving the endorphins it gave me from the energy of the crowd and their reaction. Before that, I would just try to get any opportunity I could to get in front of the camera to get images that I could use to show other photographers to convince them to shoot with me. 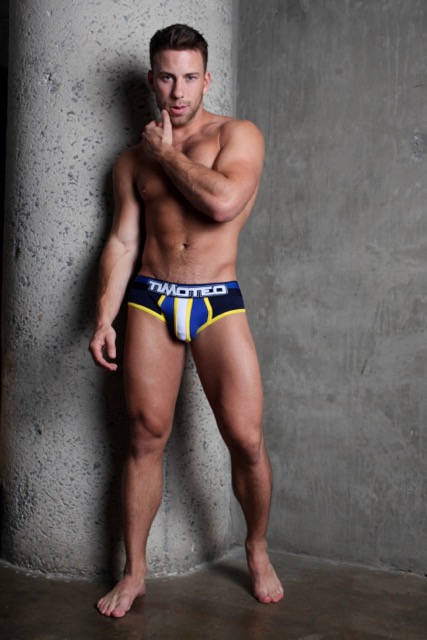 I’ve really been privileged to have a lot of really awesome experiences with specific photographers and underwear companies so it’s extremely hard to narrow it down to just one experience. In order to be a really good model you have to make every photoshoot or runway your favourite and even if you’re not thrilled about the assignment that you have fun with it.

In 5 years I really hope to be more established in a professional field but with enough freedom to continue to keep shooting with all the awesome companies that I already have in my portfolio. I’m keeping my fingers crossed for a cover of a magazine at point haha I’ll even settle for a billboard! 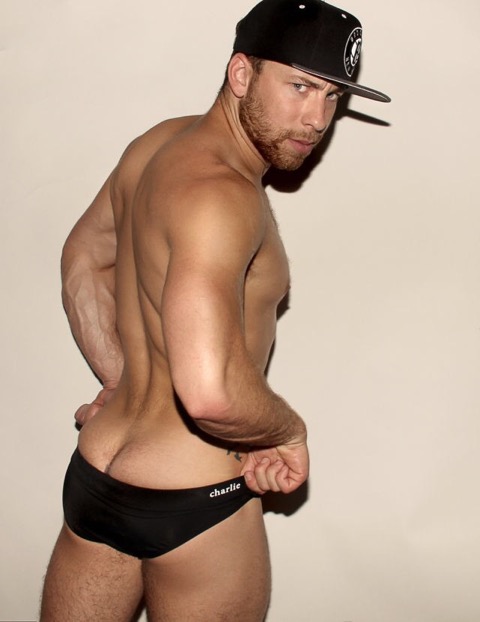 Yes! I was wondering when we were going to get around to the good stuff! You’d be surprised to know that I don’t really shop that often for underwear. Most of the time when I shoot for a company they always send me off with a little goody bag with their product or the underwear that I shot in if they weren’t the samples. Other times they’ll send me a care package of their new stuff so I can wear and post on my social media. In the event that I actually purchase the underwear it’s never intentional. I’ll be out shopping for something else and end up buying a cute pair that catches my eye.

Even with the wide range of styles that I have in my underwear drawer I tend to stick with briefs. They are are most comfortable for me and my muscular legs. A good pair of briefs never need to be adjusted. Oh God, with colours the sky’s the limit. I could be wearing any colour at any given time. I could be wearing the most drab colour clothing on the outside but having fun colourful underwear is like a little secret that’s just for you and for whoever you choose to show if you know what I mean!

I hate to sound like Miss America but I really have pairs from every company. Each brand has their specific moment that they are perfect for wearing. On a day to day basis you can’t beat a classic comfortable pair of Calvin Klein’s or Skull and Bones. Pump and teamm8 are my go to when I’m working out or doing something physical. If I’m in the mood to be a little more sexy I go to Nasty Pig and Cellblock 13. 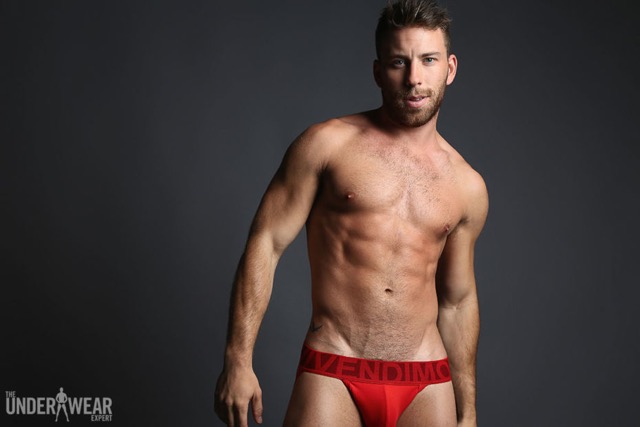