Big Boys’ underwear is available in four different styles: Boxer briefs, Lo-rise Boxer briefs, Mini briefs and Thongs. All of the styles are available in seven delicious colours: Black, Royal blue, Cyan, Green, Orange, Steel and White. They are made from a blend of Lenzing Modal™ and Elastane which is claimed to be the world’s softest fibre.

The range is made, as the name suggests, to fit men with a larger than average package who need the extra room, or simply those who prefer the ‘anatomical’ style of underwear that allows your genitals to hang free. That said, Big Boys underwear is carefully designed to make you feel as though you are ‘going commando’ but they certainly don’t look that way. They hold everything forward emphasising the bulge and give just the right amount of support without constricting, binding or digging in. They have a wide waist band with the Big Boys logo woven in contrasting colours. 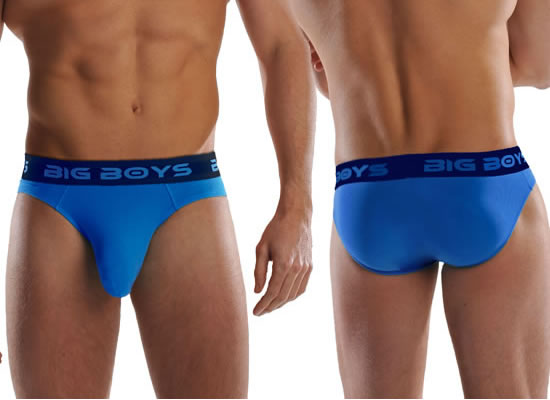 Big Boys Pants have ‘undies of the week’ specials which offer very low prices if you buy at least seven pairs in the same colour. For example, this week’s offering is Orange Boxers at only 8 USD per pair. They are available from outlets in the UK, Ireland, France and the US.
See the website at: www.bigboyspants.com

I own several pairs of Big Boys mini briefs and thongs and I love them! They are so comfortable and they look amazing. Many brands of underwear claim to be ‘like wearing a second skin’ or ‘nothing at all’ but Big Boys undies really are so comfortable that you just aren’t aware of them while you are wearing them. They are very similar to the John Sievers range (also anatomical) sold by International Jock, which I also love to wear, but these are better value for money. 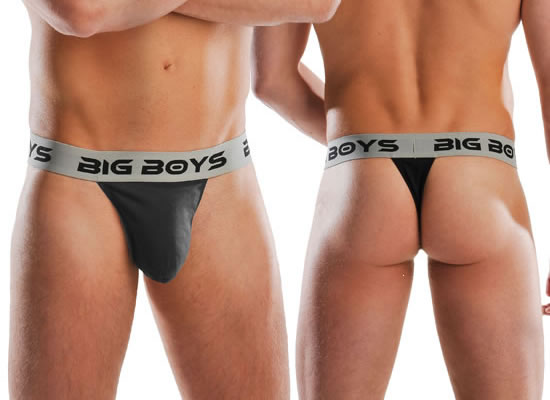 I suppose many men like the wide waist band look showing off the Big Boys logo, but I prefer my undies to be a bit more discreet. However, I’ve found that I can turn the waist band over inside and it works very well. The neater top and the slightly lower-rise look are an added bonus.