One of the most impressive new camo collections of underwear for men comes from the Greek brand Modus Vivendi. The brand is known for taking a popular trend and add their own twist to it. This is exactly the case with the new line, part of their extensive Spring-Summer 2017 collection which you are about to see below.

The Modus Vivendi Camo line comprises four underwear styles (low cut briefs, briefs, bottomless briefs and boxers) but also tank tops and two styles of pants (tapered sweatpants and bermuda style shorts). The print they used comes in two colour variations, marine blue and army khaki in a geometric pattern. The line looks stunning and so does the conceptual campaign the label released to promote it.

Photographed by one of the top men’s underwear and fashion photographers, Joan Crisol in Spain, this campaign is inspired by the cult drama Querelle, directed in 1982 by Rainer Werner Fassbinder. The movie is one of the favourites of the Greek label’s owner and head designer Christos Bibitsos. The interpretation of the movie (which is based on a book by Jean Genet) is exceptional with model Javier F.A. in the leading role joined by the androgenous model Santa Kyra.

Modus Vivendi is one of those brands that pay very much attention to their campaigns, incorporating always the inspiration that lead to the creation of their underwear lines. Men and Underwear learnt that this season’s “theme” is Art Attack and that there are a lot more campaigns and new lines coming, all inspired by different forms of art.

Enjoy the campaign below which features the new camo designs by Modus Vivendi and a great behind the scenes video that follows these stunning images! 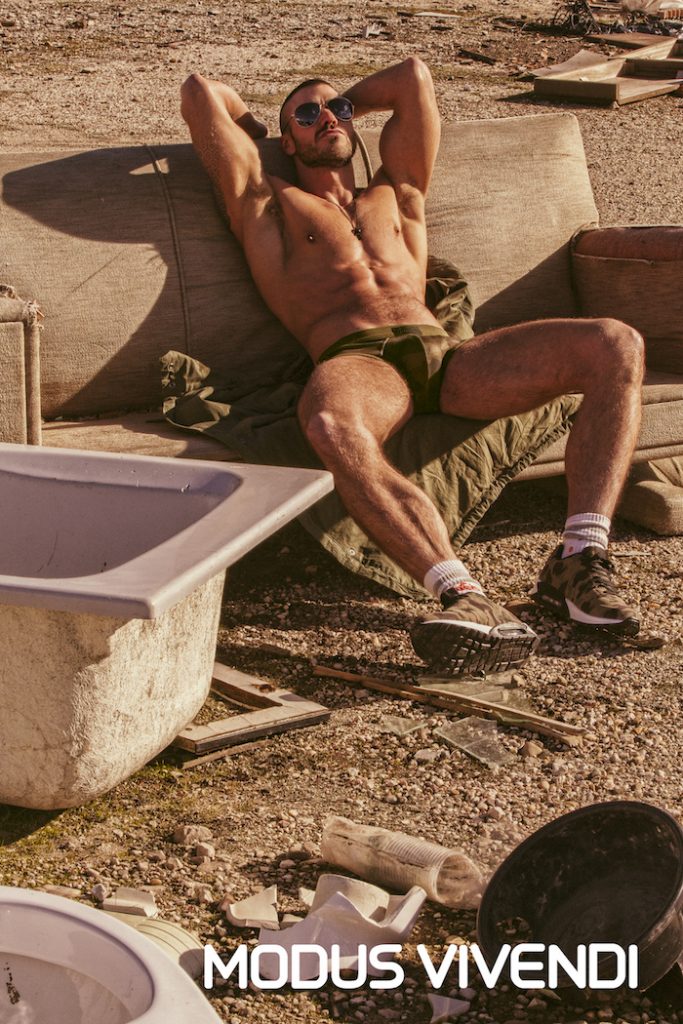 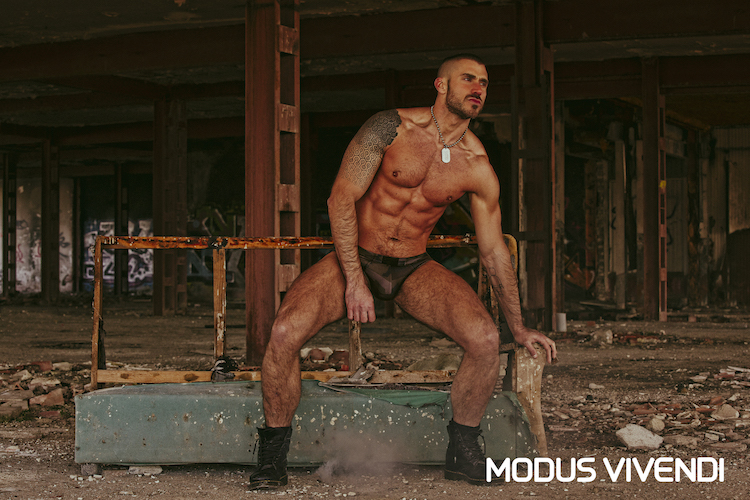 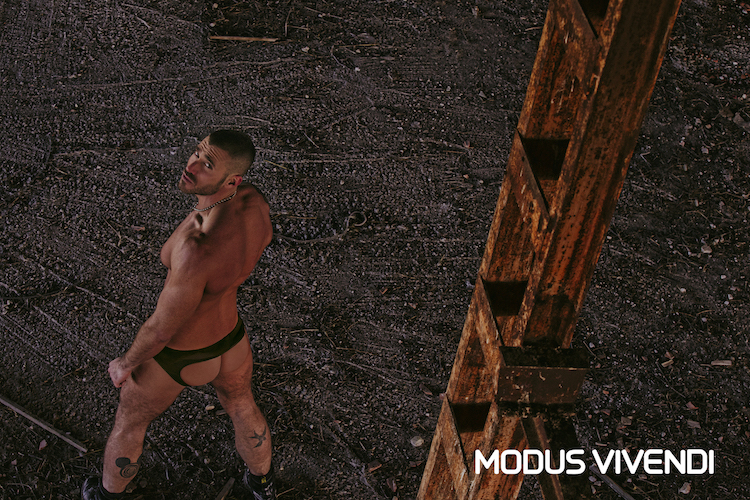 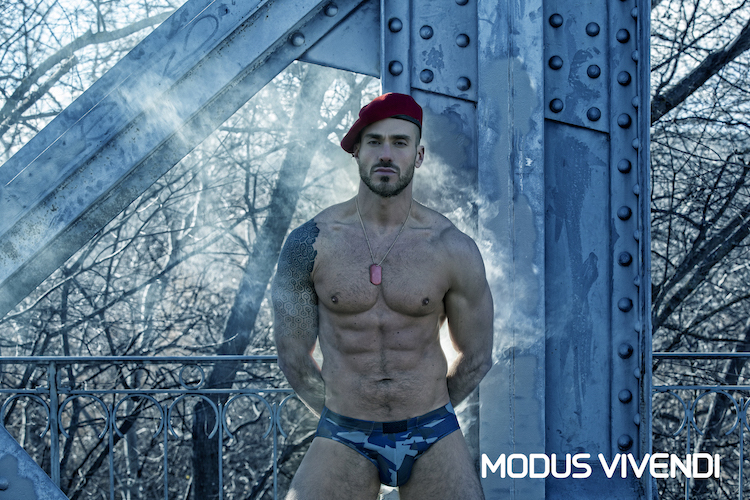 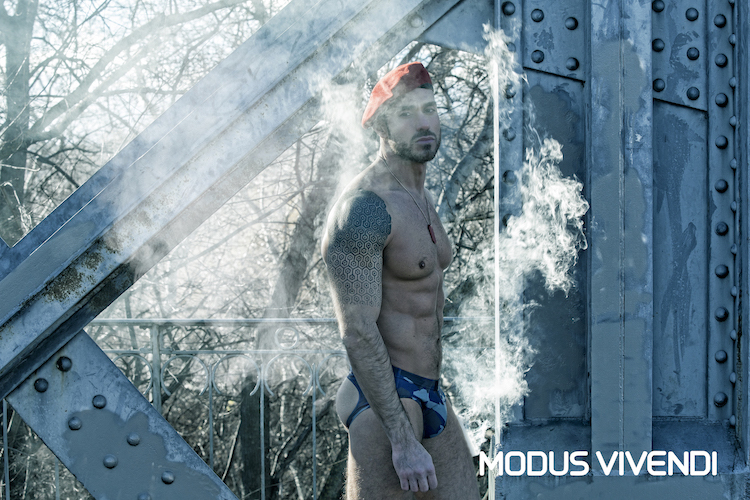 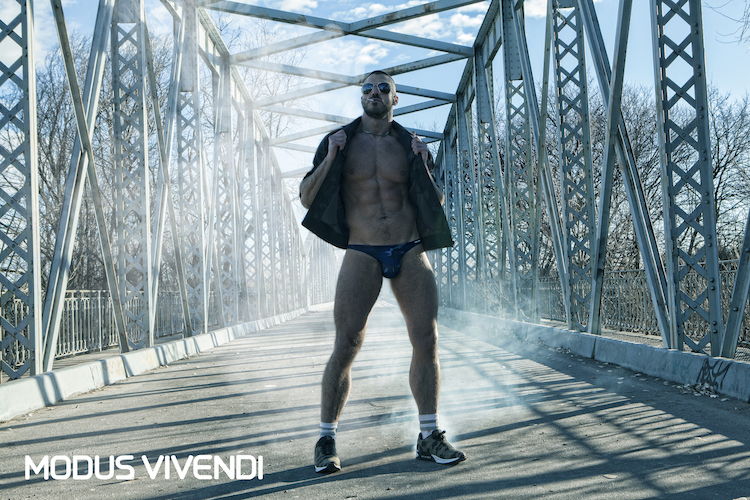 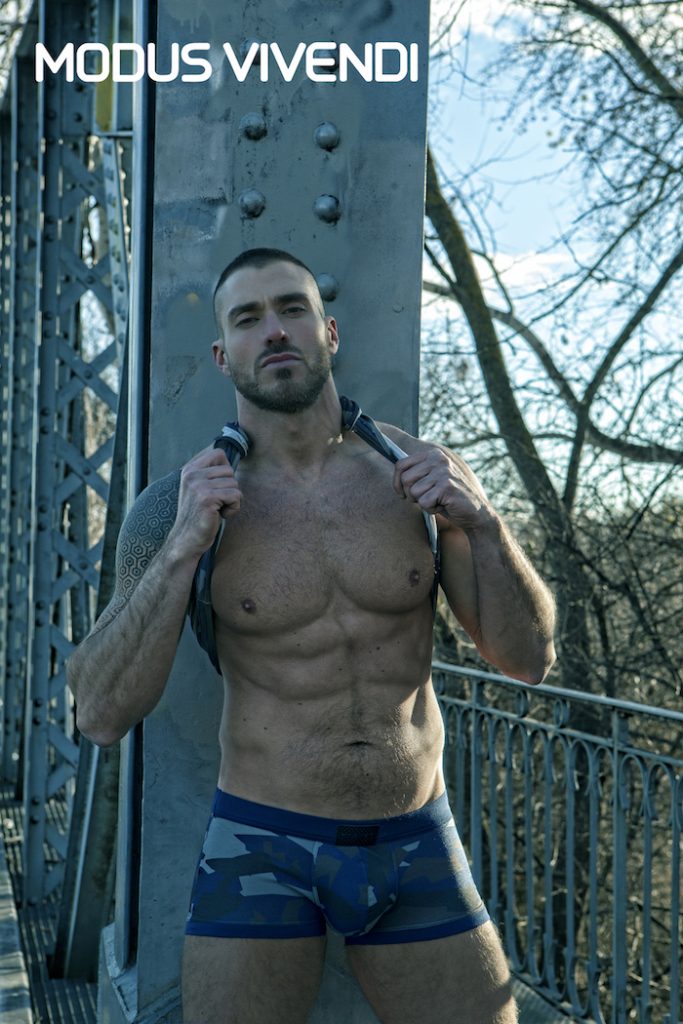 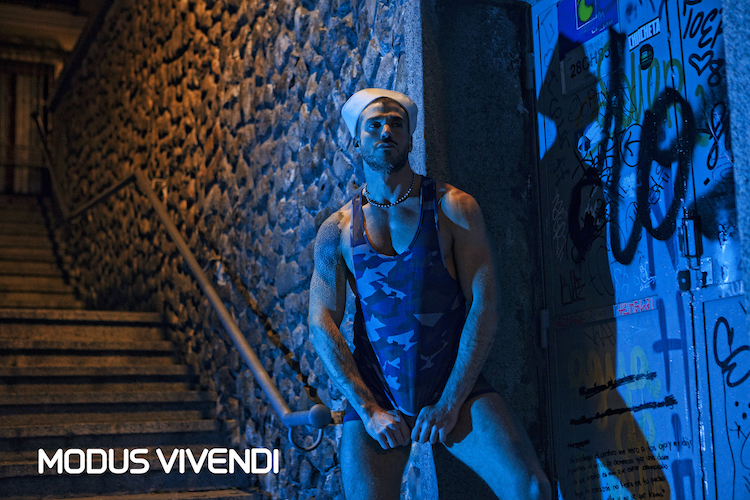 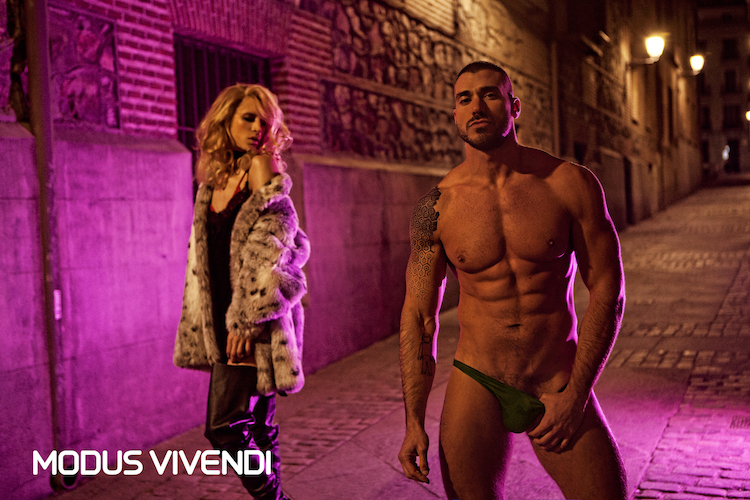 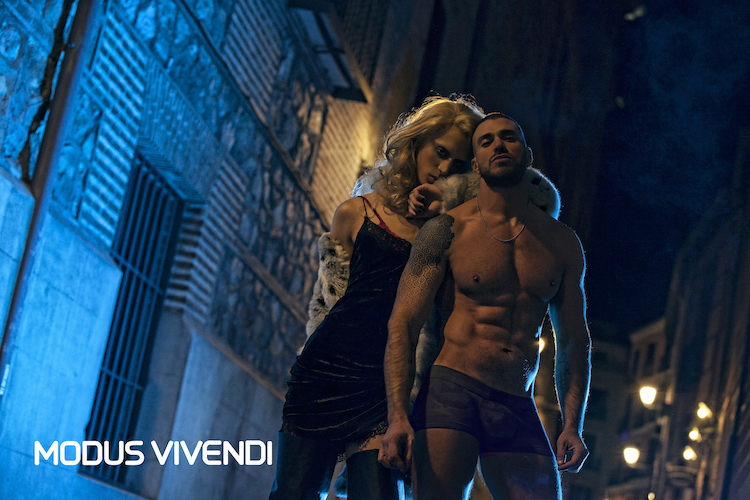 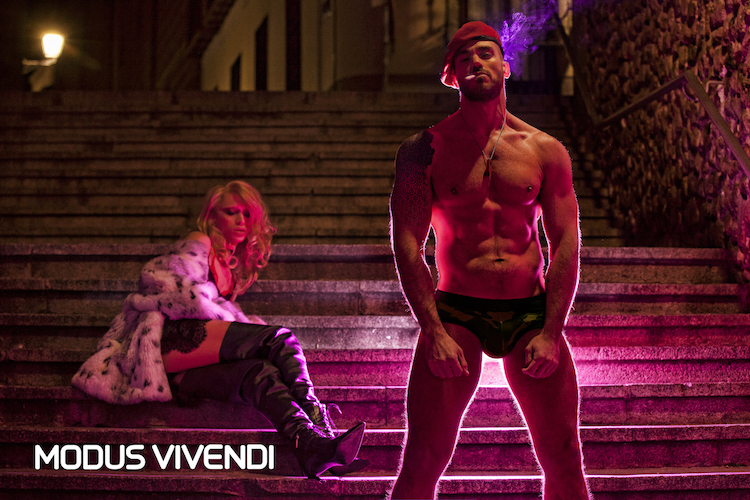