Without question, Modus Vivendi has been delivering the ultimate in men’s underwear for years now and as one of Greece’s premier labels, they never cease to make their mark known in the market. Each year, the brand takes their campaign across the globe, releasing a new collection that draws inspiration from various sources. Their latest line is an homage to ancient Greek civilisation, featuring the symbol of classic geometric art known as the meander. The symbol can be seen adorning numerous buildings and sculptures in Greek art and has gained status as an iconic key pattern that epitomises luxury.

The Meander Line takes it to the next level with a collection of underwear and loungewear available in two colours – blue and white – that are embellished with gold accents for a distinctive finish. Created with only the highest quality cotton blend fabrics, the Meander Line comes in styles that will satisfy the fashion forward man.

Photography for the latest line comes courtesy of one of Greece’s most renown photographers, Vangelis Kyris, who deliver what is expected of the Modus Vivendi brand: daring and bold creations that are masculine and with extra comfort. Greek kouros, model Christos Katsavochristos, presents the line in classical poses of strength and control. 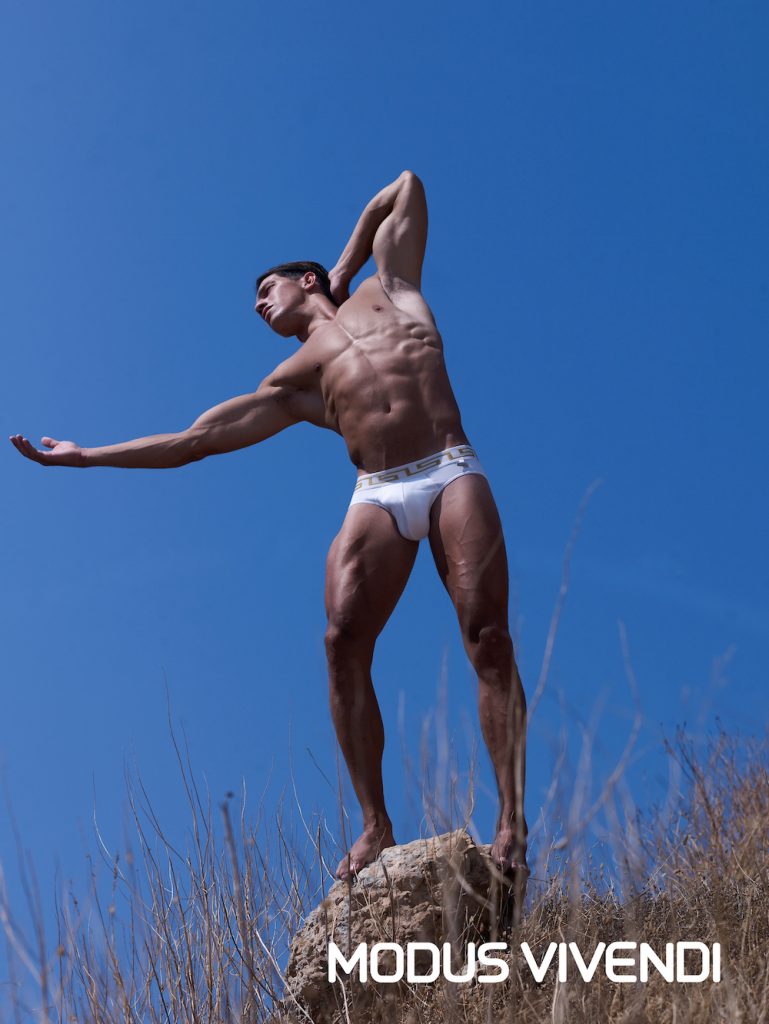 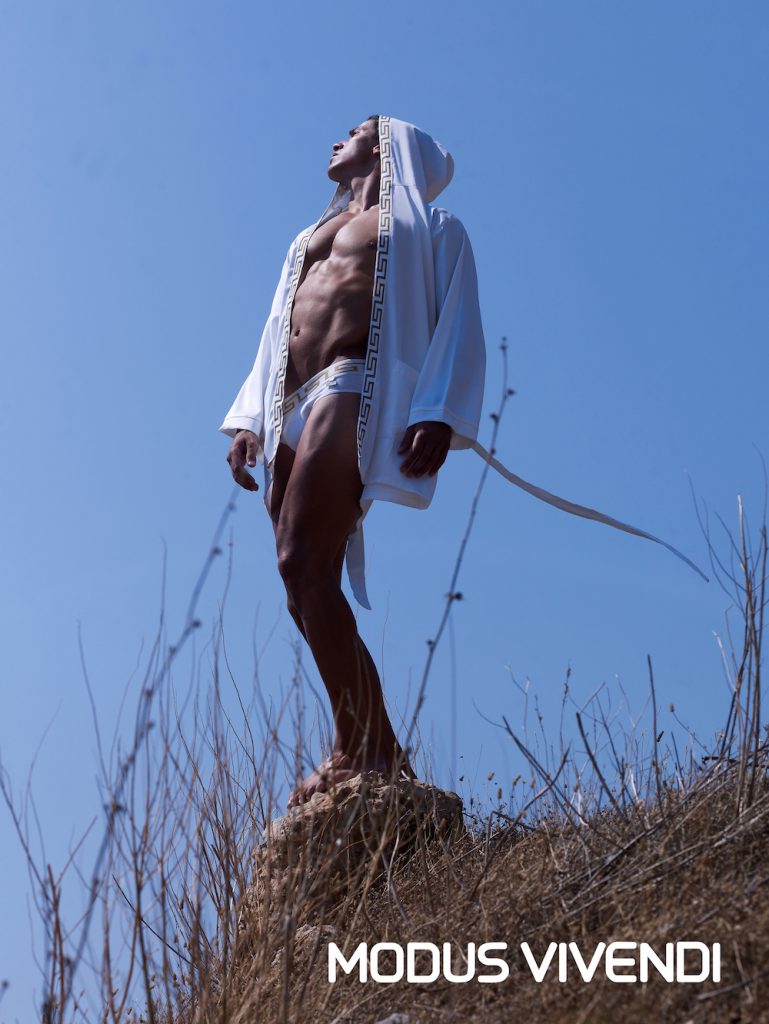 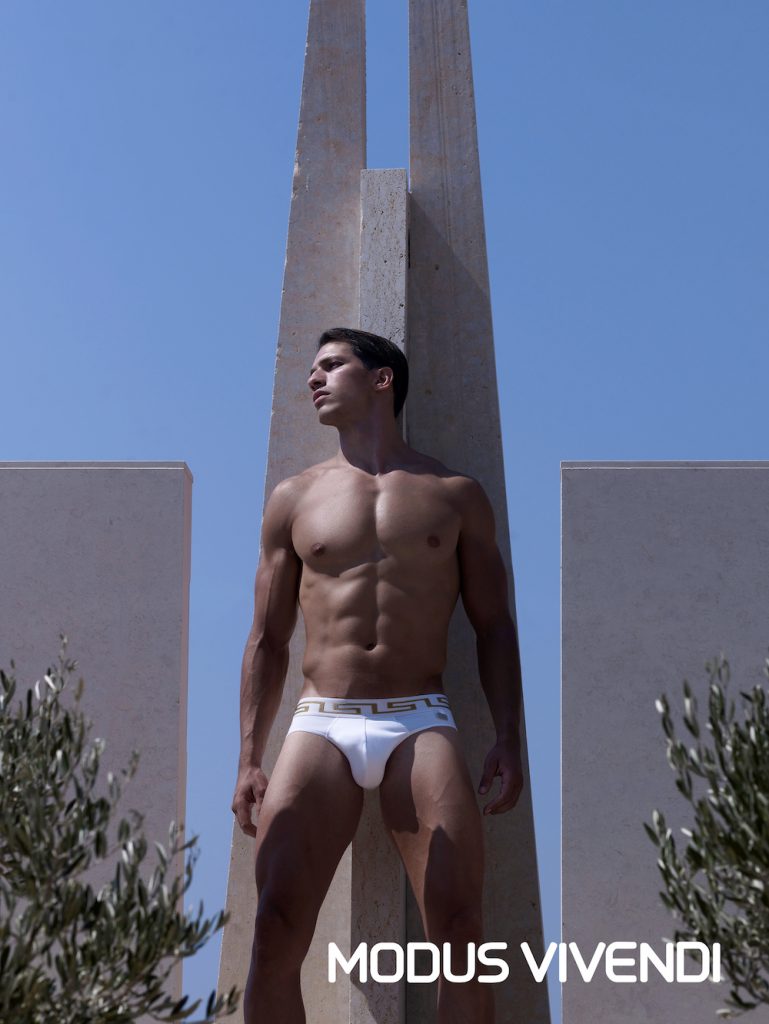 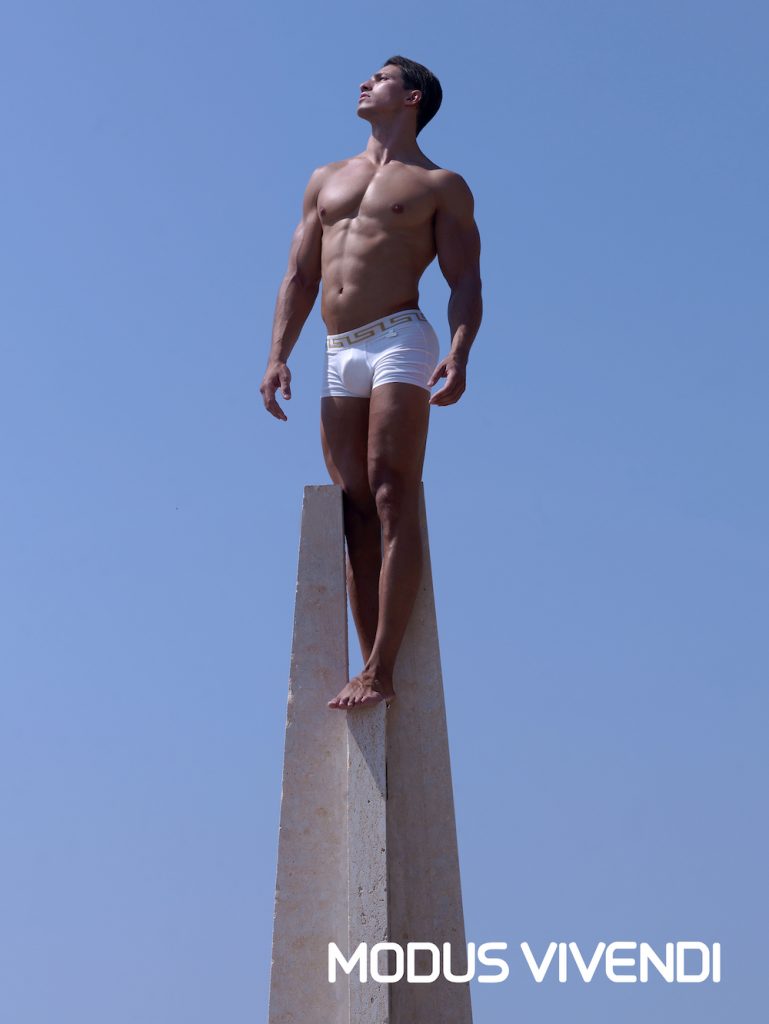 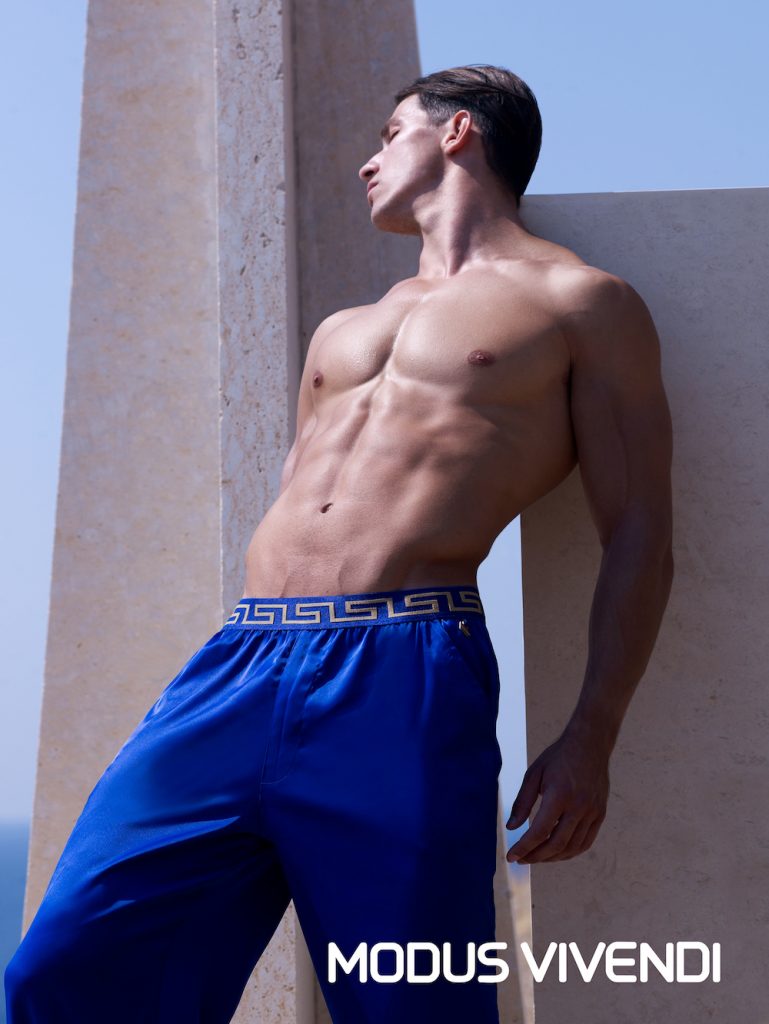 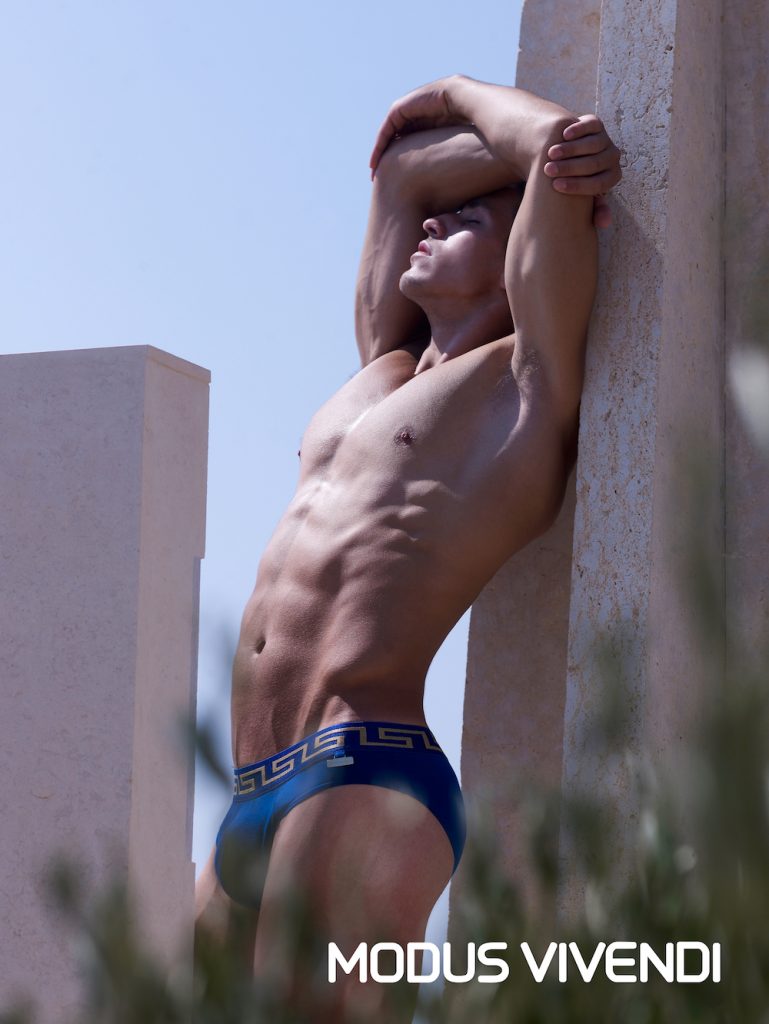 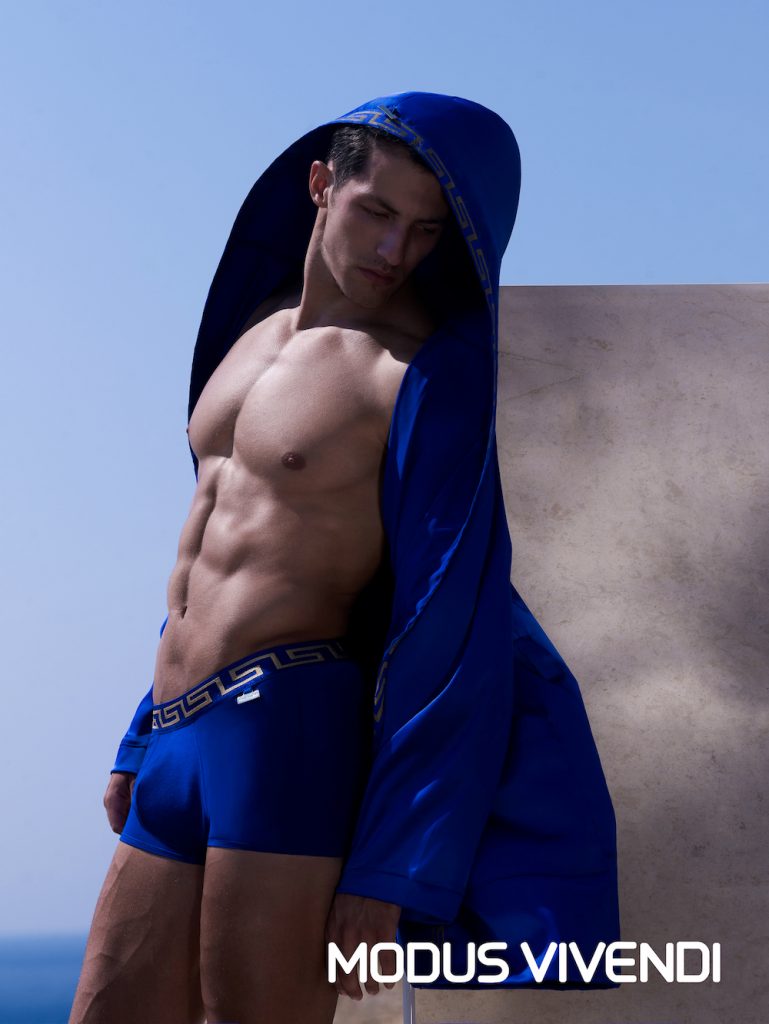 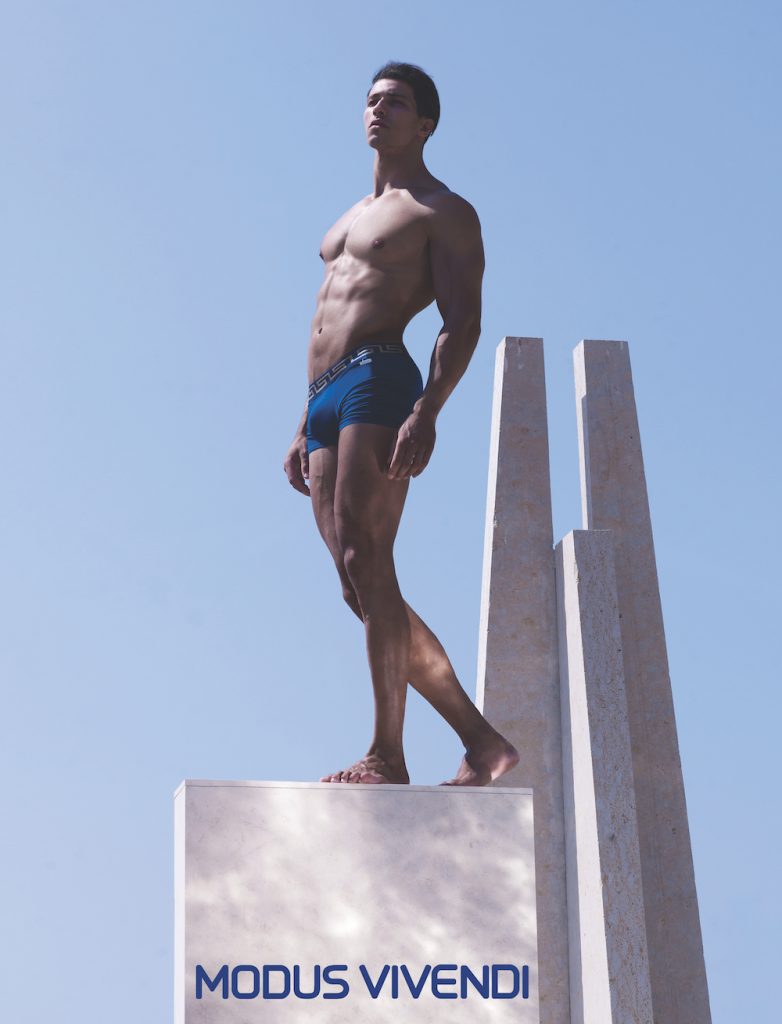 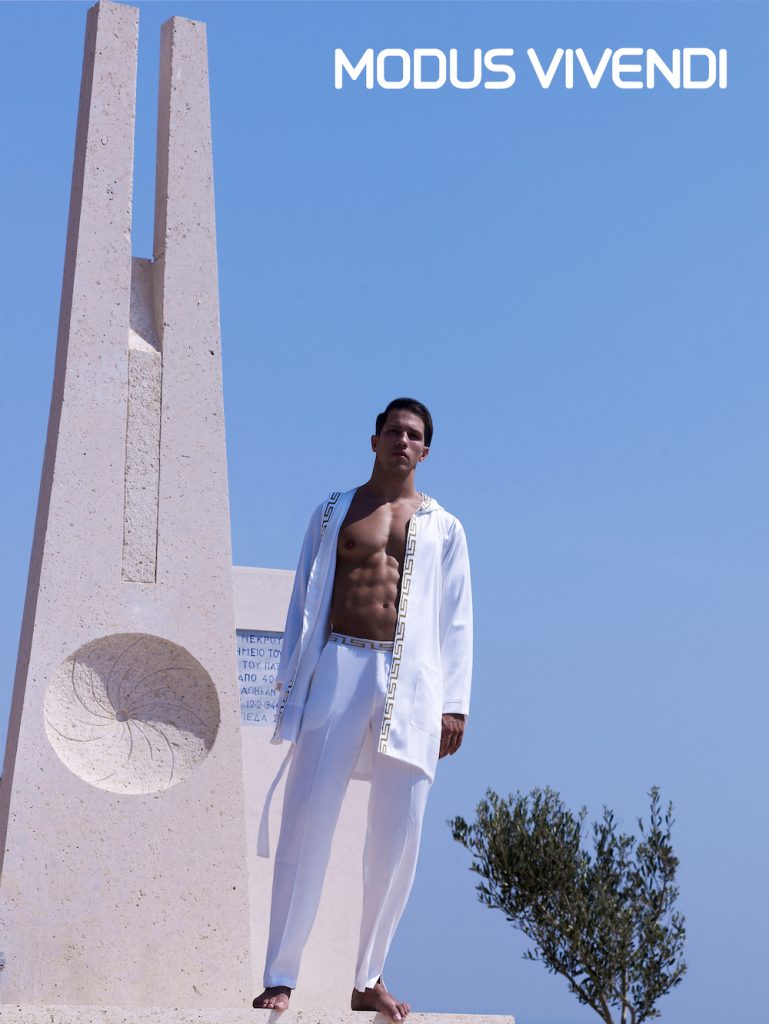