Looking at their new campaign images below, you can get an idea of what the new collection of Modus Vivendi will be like. This first part has some sexy and classic underwear designs and they all look stunning! Vibrant and classic colour combinations, a range of different cuts and a big variety of fabrics. In their Flash Line you can now find white, blue and brown, combined with aqua blue, yellow and orange and three distinctive cuts: low cut briefs, briefs and brazil cut boxers.
The conceptual pictures show a newcomer and very sexy model Alexandros Kaltsidis in the new designs of the brand, photographed on location in Thessaloniki. The sexy “window cleaner” of this campaign was styled by Lefteris Evaggelou. 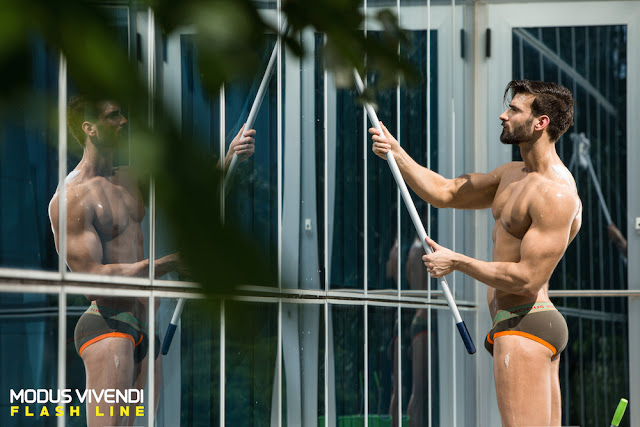 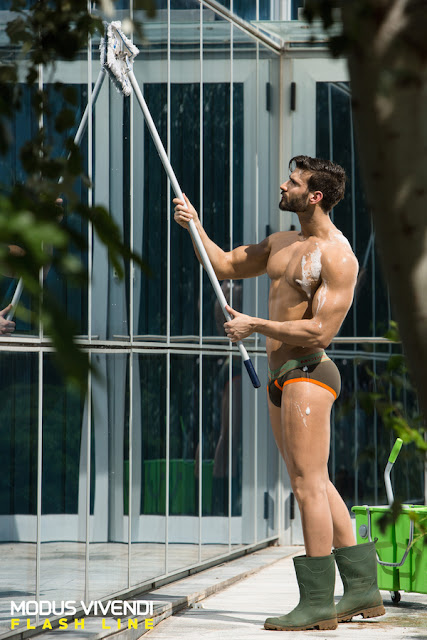 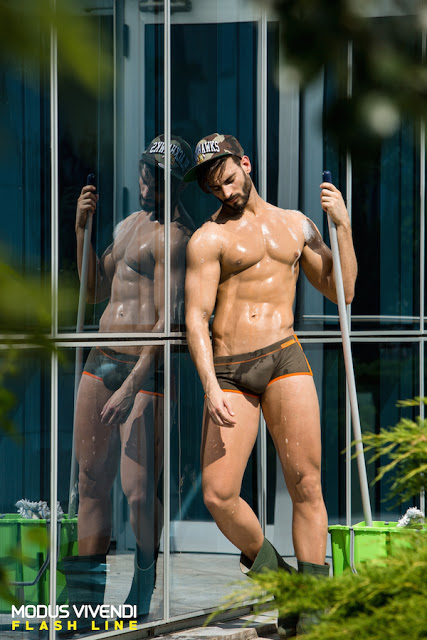 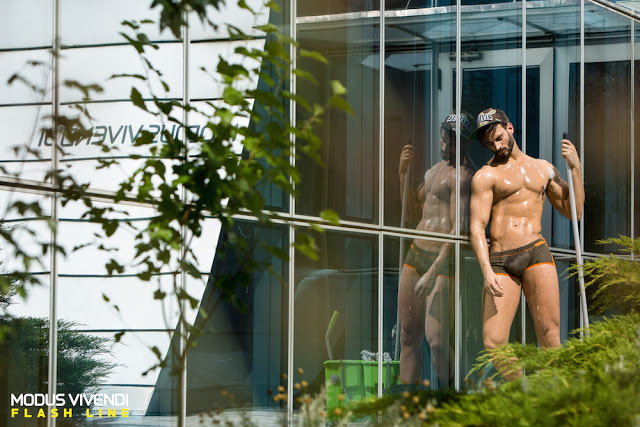 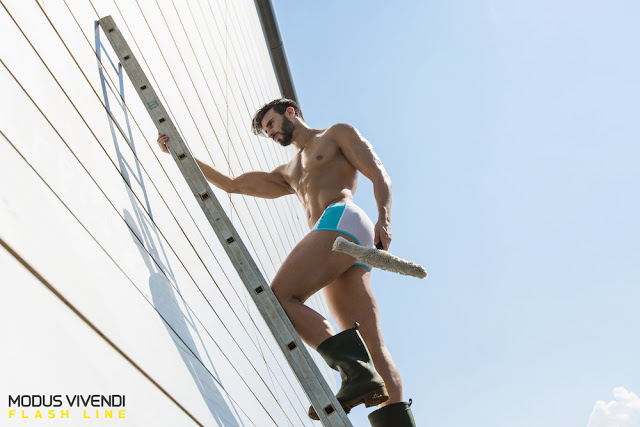 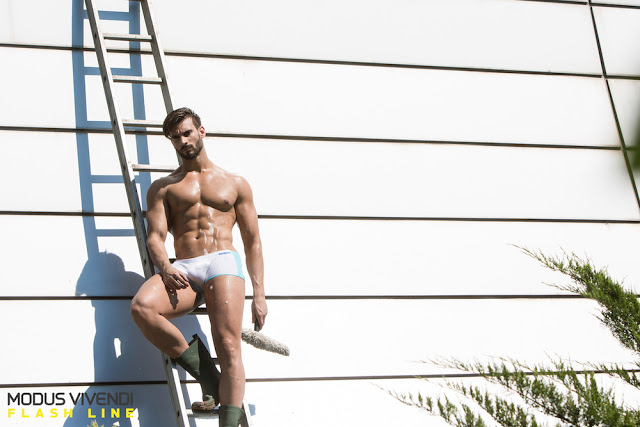 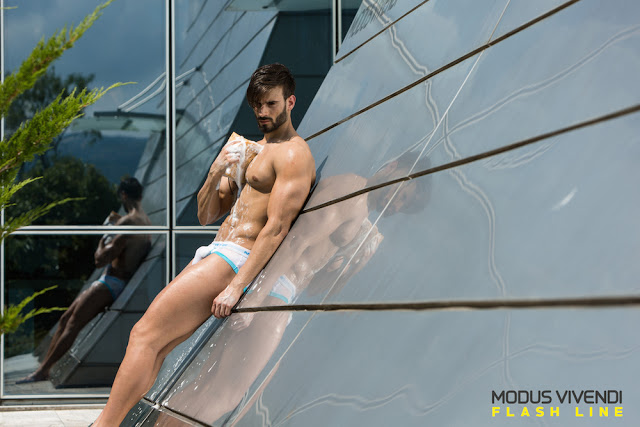 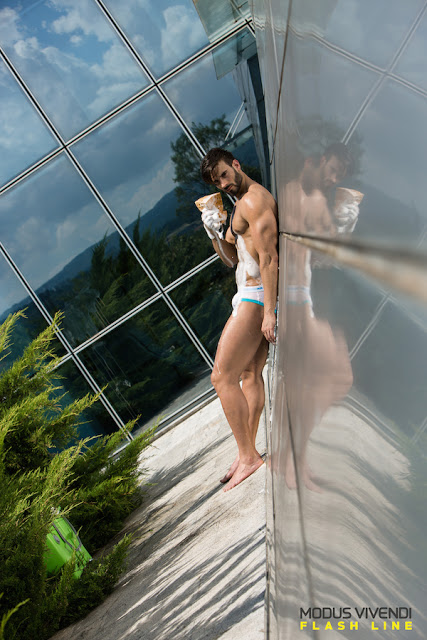 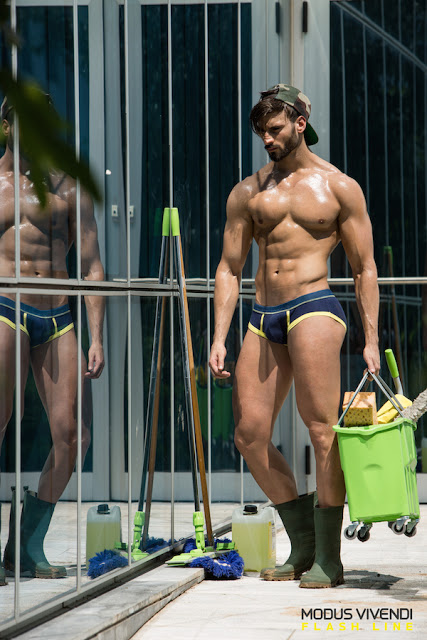 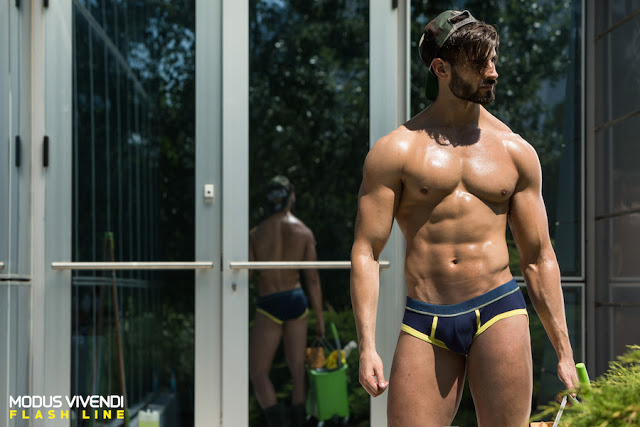