It was about 6 months age when we first came across Spanish model and tattoo artist Airam Castedo. The post was a collaboration with photographer Adrian C. Martin in an amazing, sexy and dark editorial featuring a limited edition underwear line by Modus Vivendi (see that post here). It’s about time we had one more set of pictures of the model on Men and Underwear! The outstanding work you will see below, by the same photographer, is bright and fun, just like the briefs by Curbwear from their Identity range it features. The shoot took place in Tenerife. 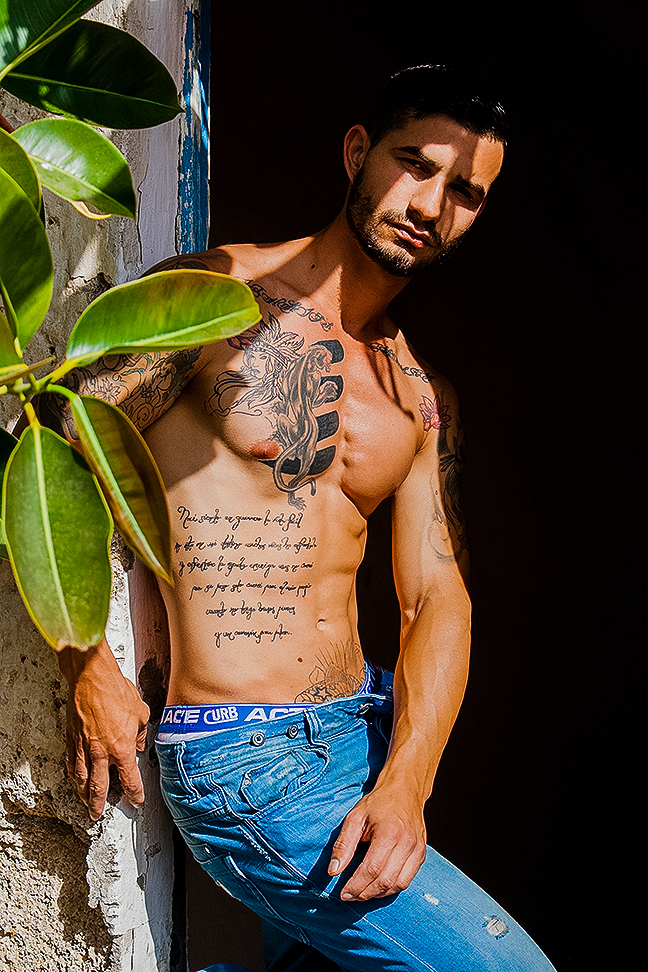 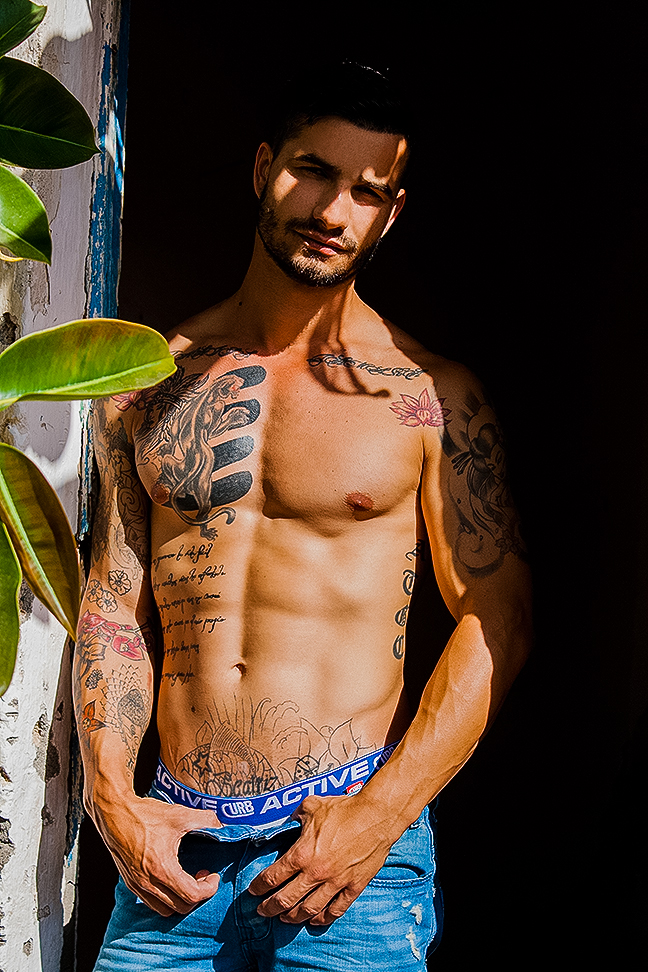 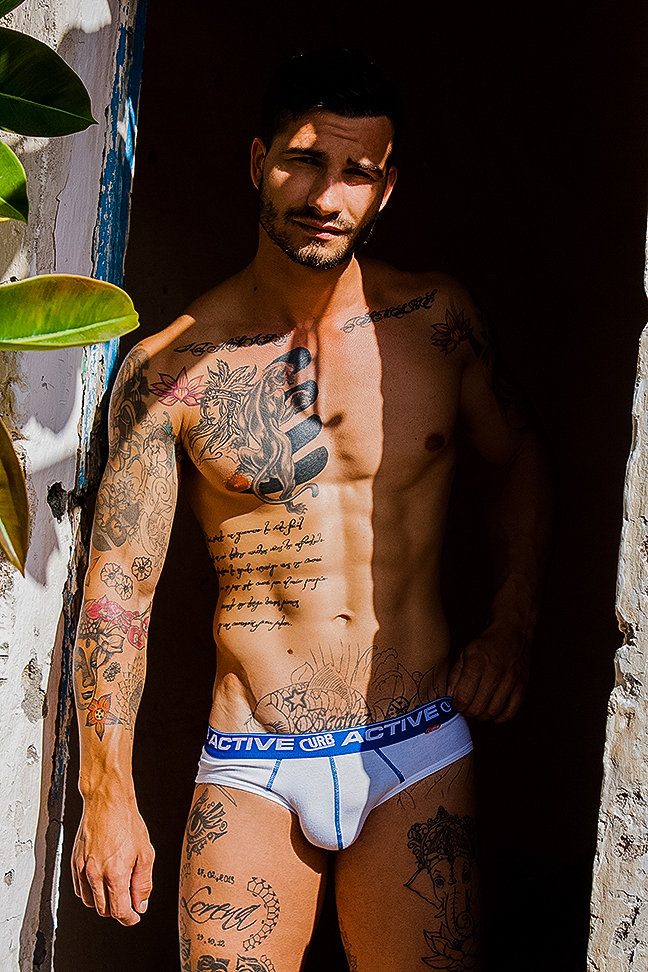 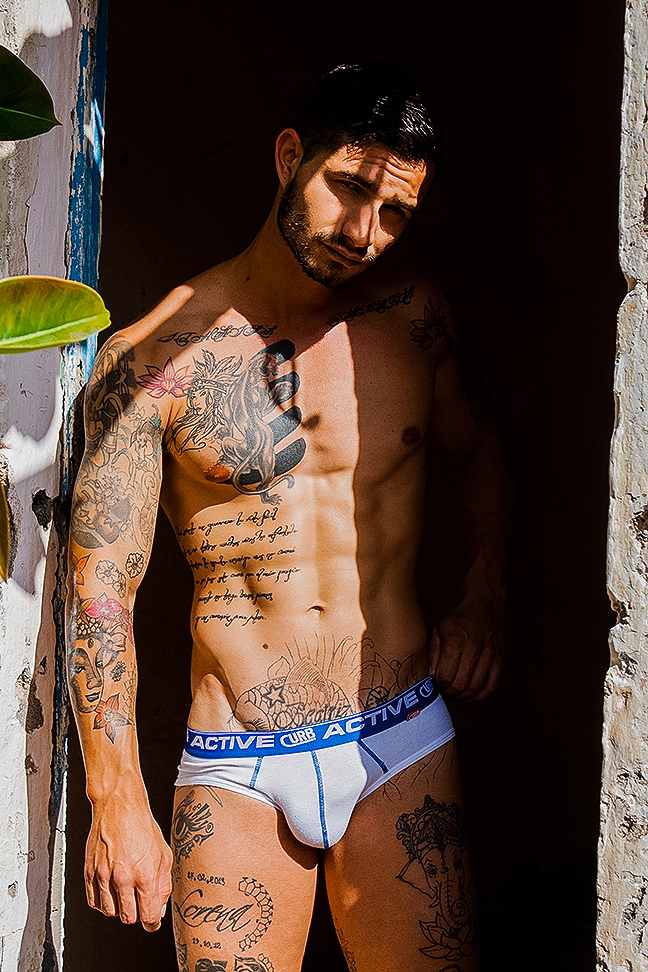 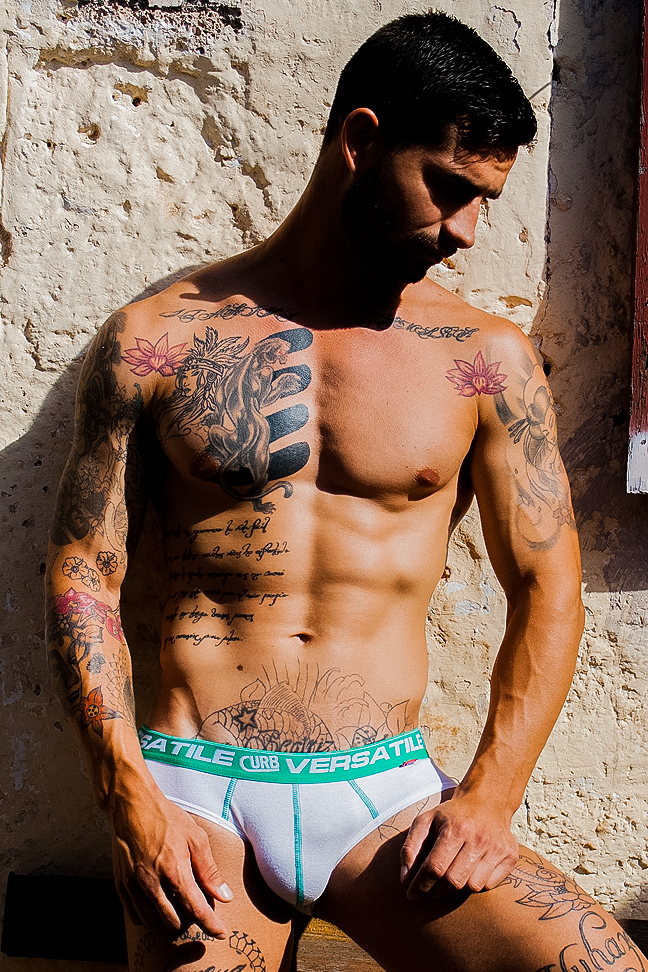 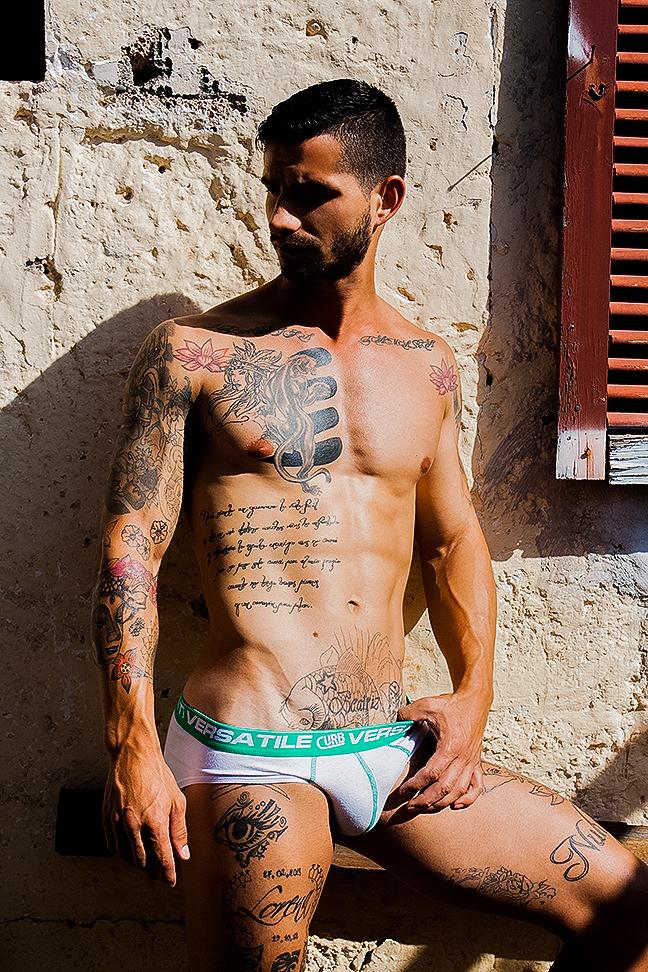 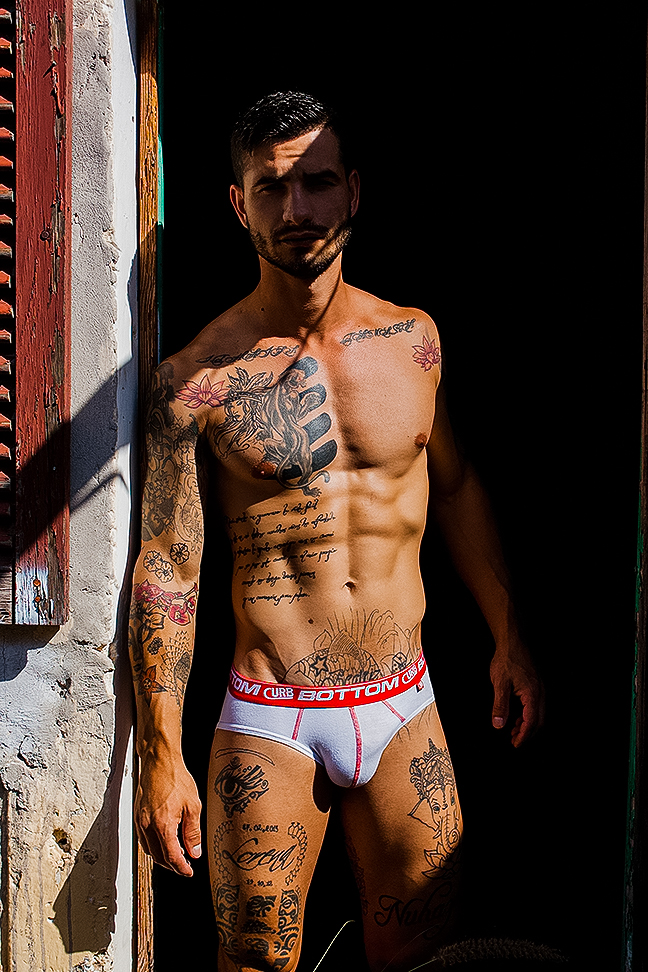 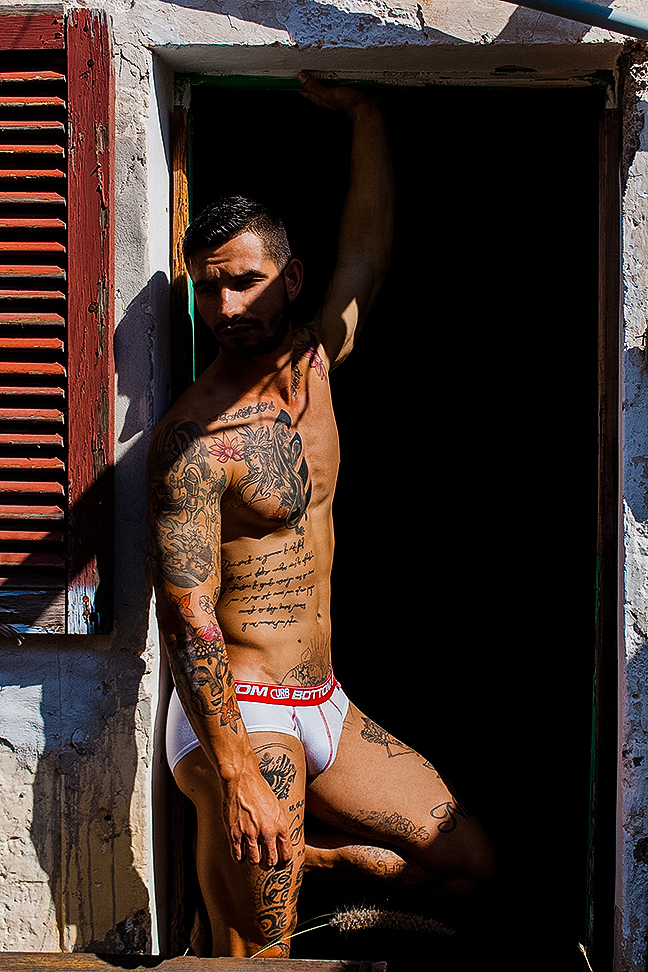 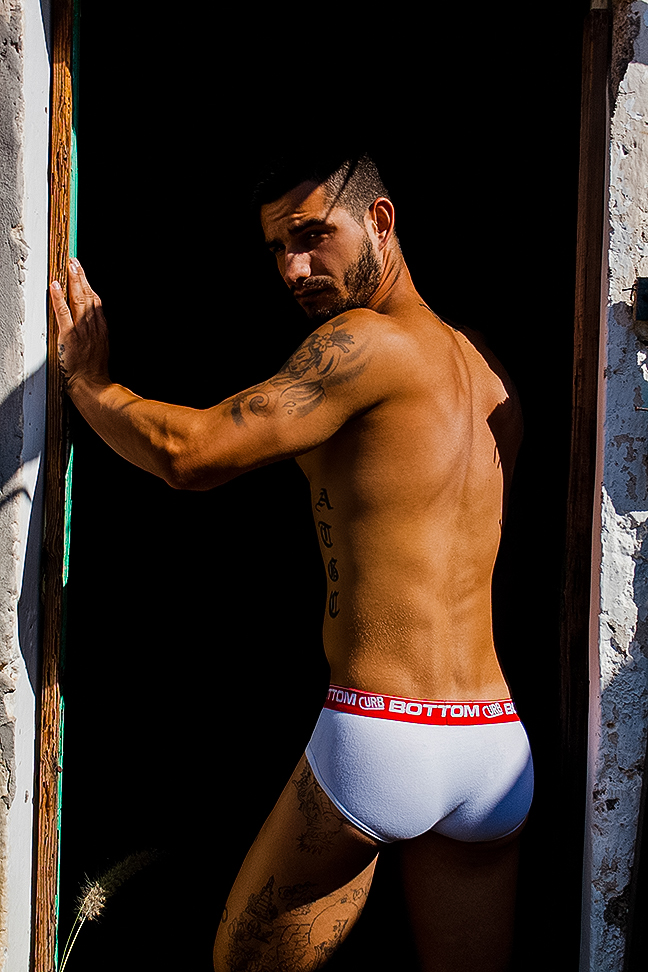 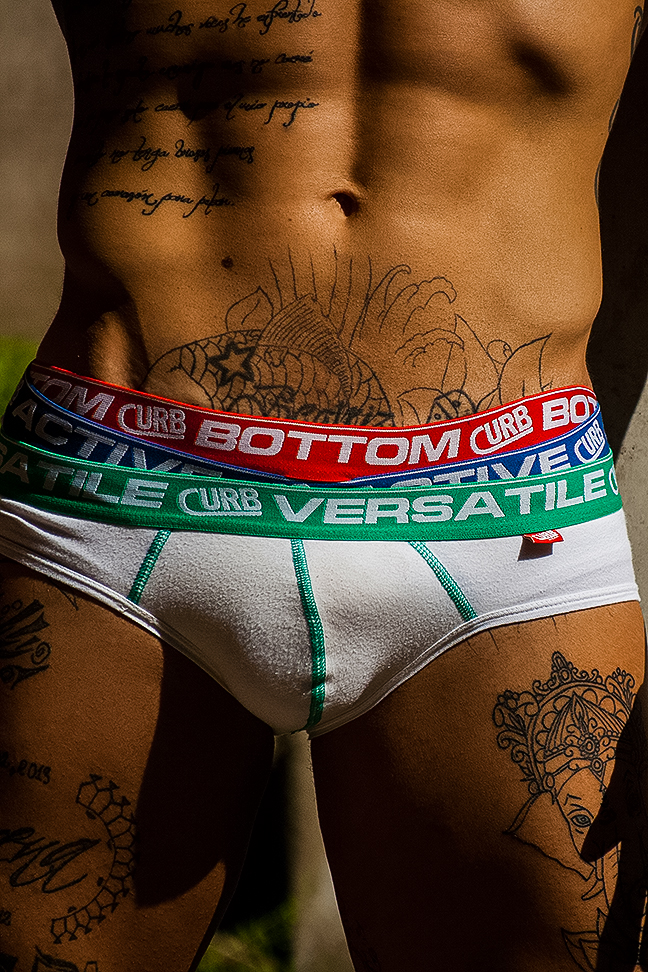 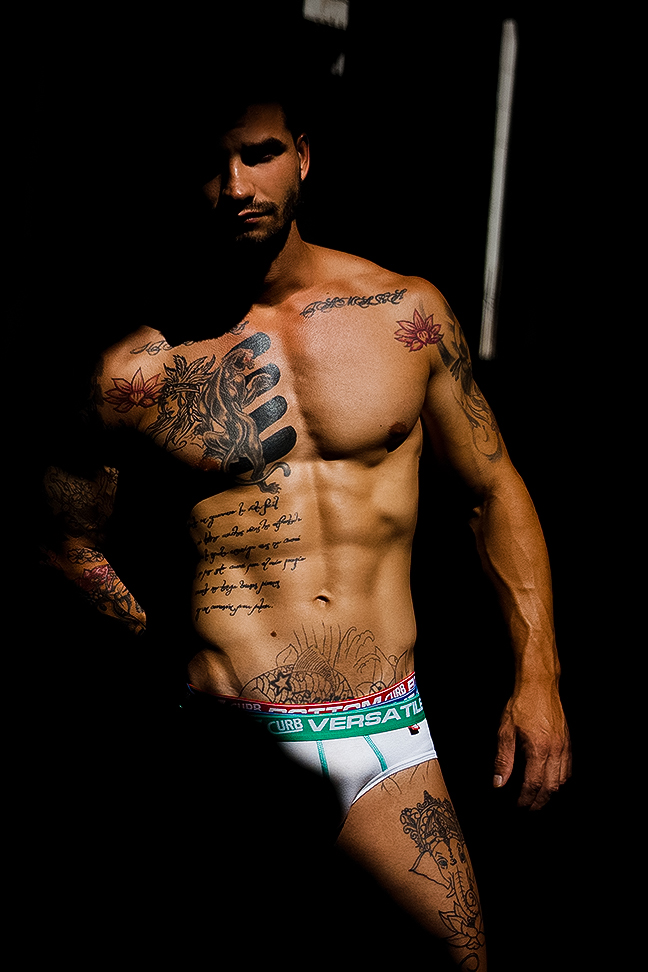 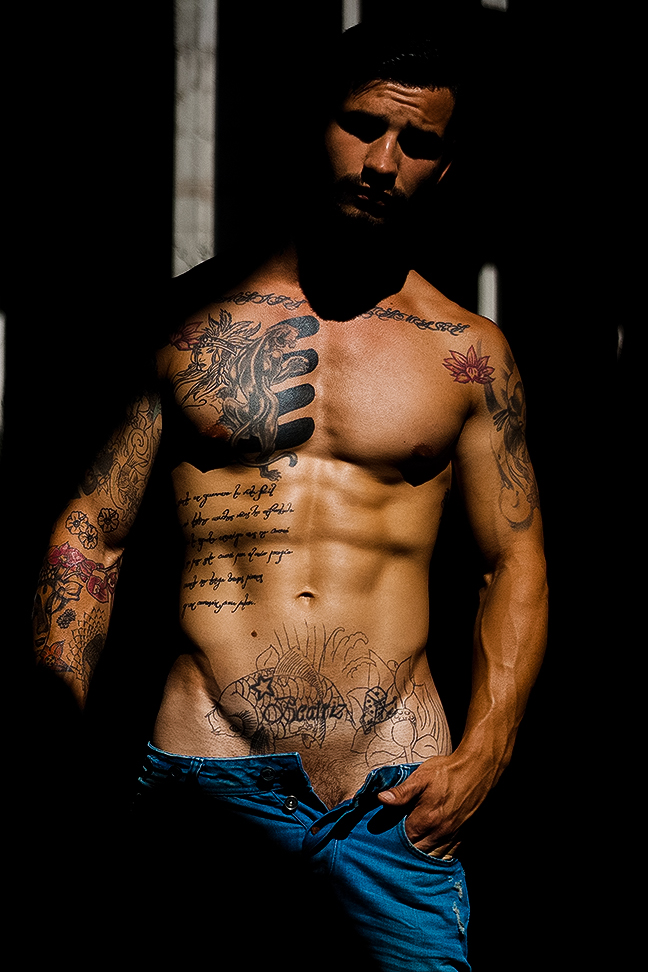