Search
Home
Men and Underwear
It seems we are having some more athletes being involved with the male underwear industry. The latest example is the collaboration of the internationally renowned footballer, Didier Drogba, who has signed an exclusive deal with HOM to create a unique range of men’s underwear and beachwear.
As with all Didier’s commercial projects, his aim is to give back to his home country, so a percentage of every sale will go to the Didier Drogba Foundation, whose main aim is to provide education and healthcare in Ivory Coast.
The first collection (containing 18 pieces) will be released in May 2014 and will be designed by Ivory Coast couturier Ellie Kuame and HOM. The focus of the new collection will be mainly comfort but will follow at the same time the latest trends in the industry. The collection will be stocked at selected retailers globally.
According to HOM, the collaboration was one based on a mutual desire to create an exciting new men’s underwear line and to make an ethical impact in Africa.
Didier is no stranger to giving back to his community and in 2010 was voted amongst the 100 most influential people in the world by TIME magazine for his fearless campaigning to bring about peace during his country’s civil war in 2006.
Didier Drogba says of the partnership with HOM: “By producing my own line of underwear I’m able to achieve two goals; to design a fashionable men’s underwear range, and to create a product that will directly support my charitable foundation – to aid in healthcare and education in the Ivory Coast.”
Managing Director of HOM, Regine Weimar, says: “We are thrilled to be able to partner with Didier Drogba, to create not only an exceptionally creative product, but also create a product that will have a positive social impact. The collaboration will directly support the Didier Drogba Foundation and the important work they do in the region.” 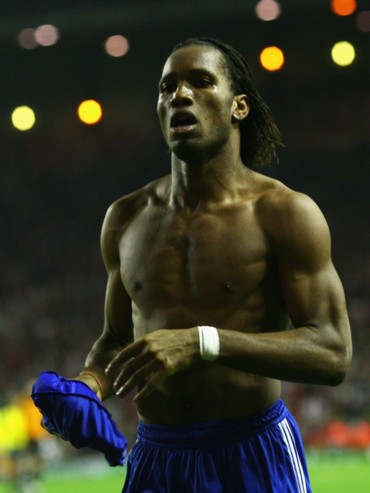