We are happy to show you today the third part of the new campaign of CODE 22 for its summer 2022 collection. This campaign is called Camping and it follows the inspiration of all other campaigns the Spanish brand released this year. CODE 22 celebrates holidays and the return to travelling after two years of restrictions, curfews and lockdowns. The “Camping” is photographed in Spain by talented photographer Joan Crisol who called upon model Carlos for this colourful series of photos. In the third part, we showcase jocks, tanktops and socks featured in this series of photos which are the CODE 22 Neo Mesh Jockstrap, Active Neon Socks Coral and Basics Tanktop White. In case you missed the first two parts we published a few weeks ago, featuring the new swimwear and underwear of CODE 22, you can see it here and here. 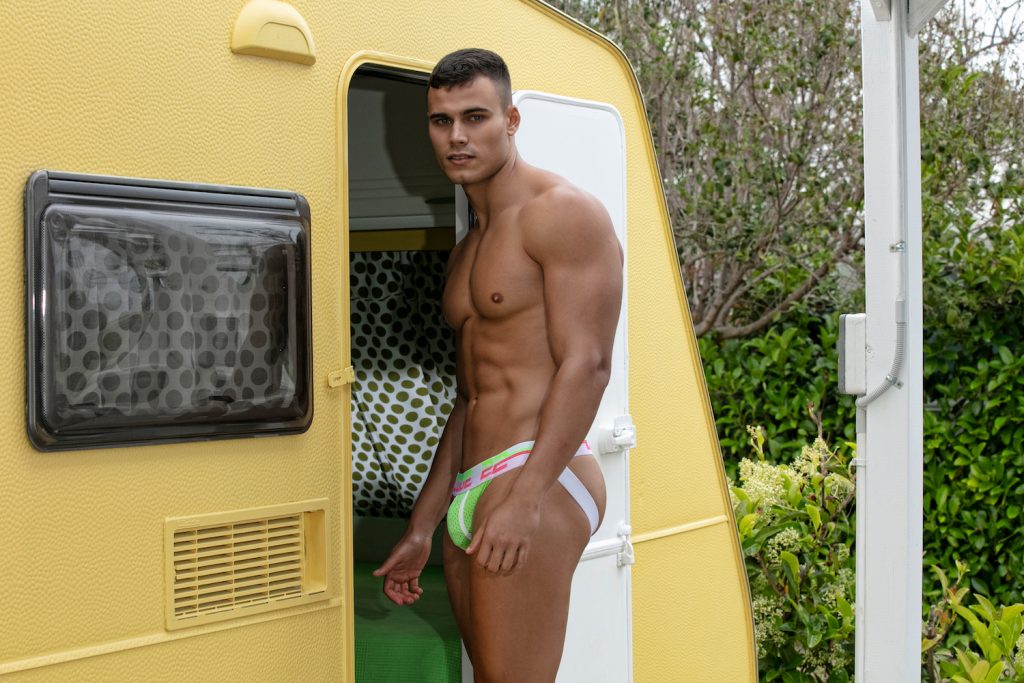 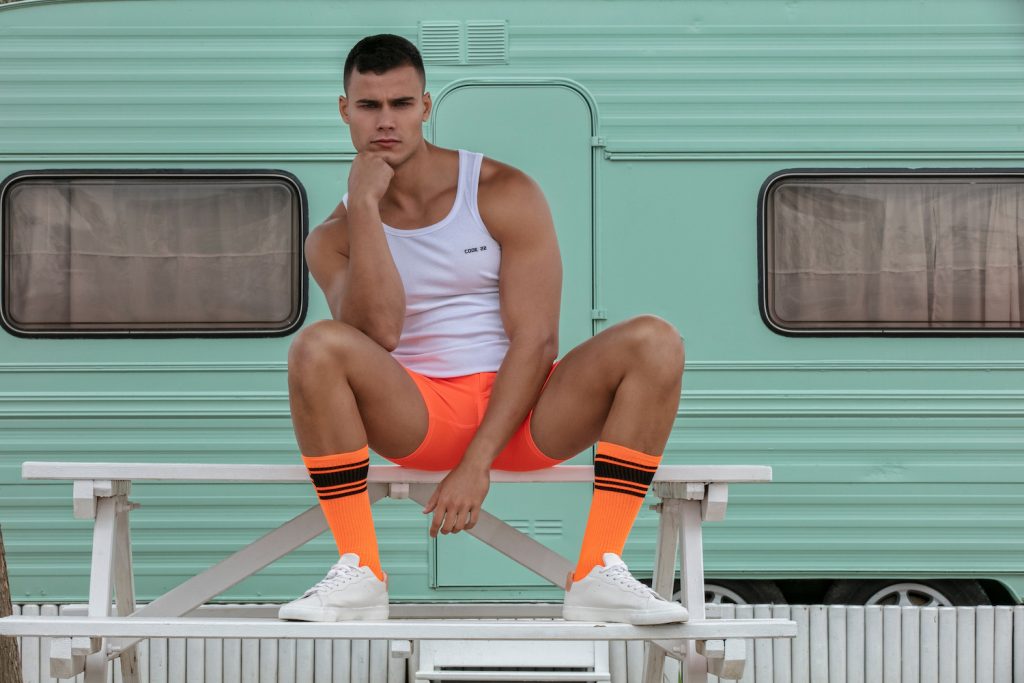 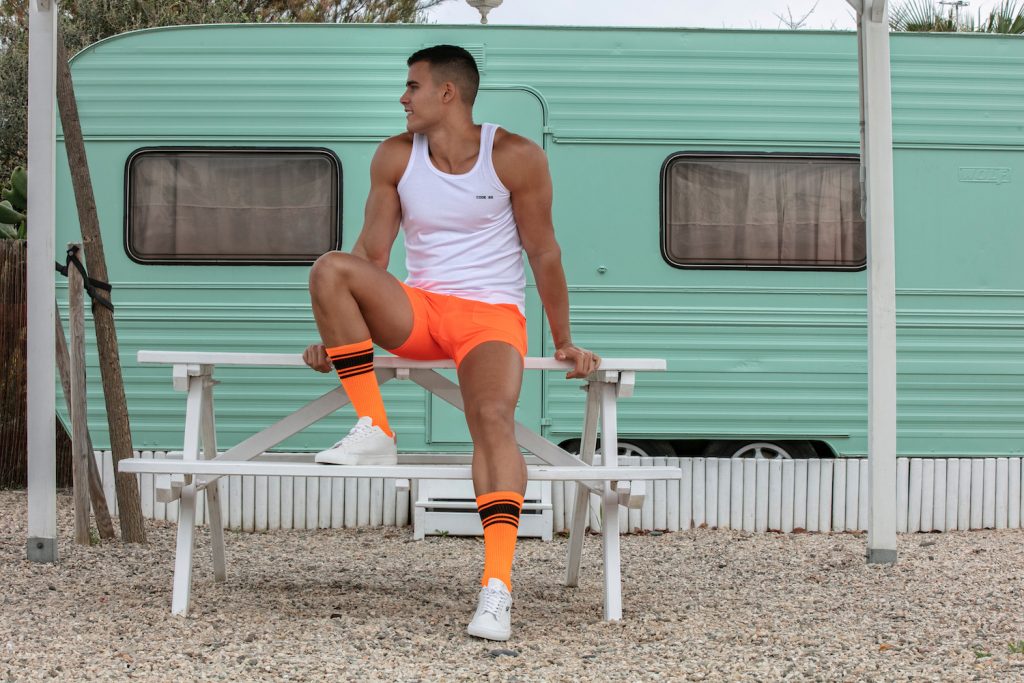 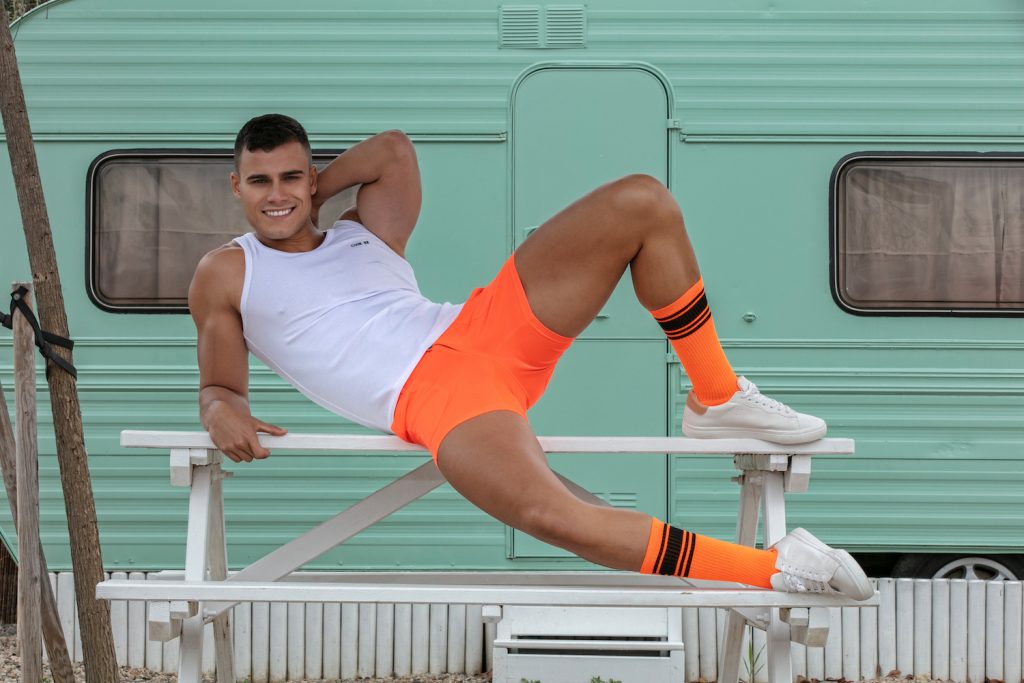 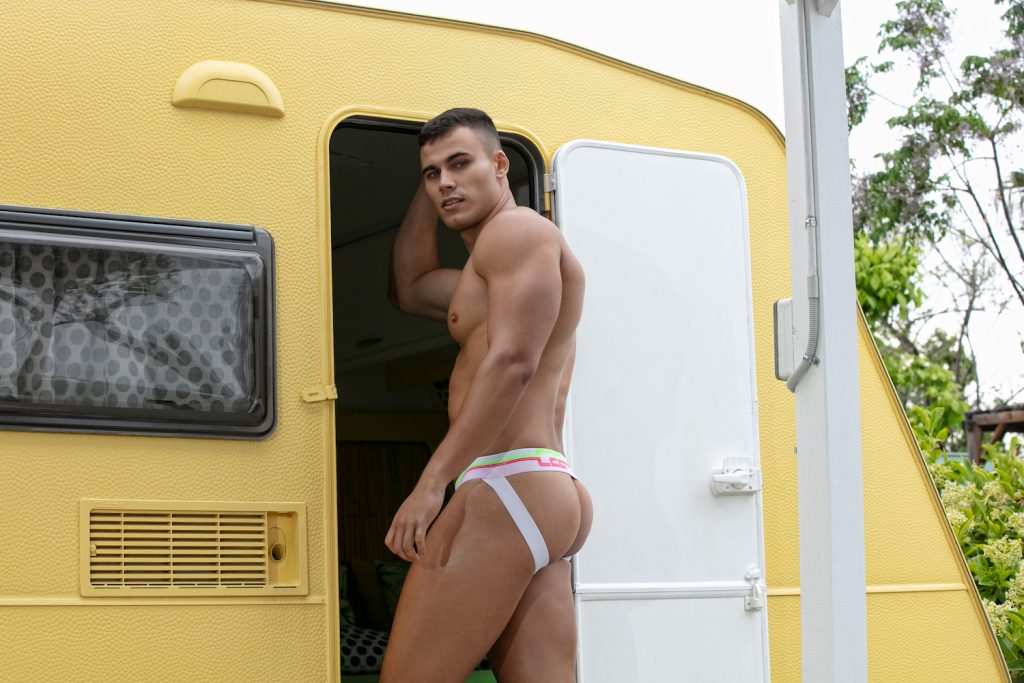