Brazilian model, actor and journalist Franklin David is captured by Ronaldo Gutierrez during the preparations for the Carnival of Brazil starting later this week. After six years of absence, the model will participate in the world famous Carnival alongside Samba Independente Tricolor school.

The series of photos below captures the atmosphere of the Carnival preparations, with a touch of sensuality, featuring the model in a workman suit and a little pair of white briefs. The motto of the Samba school’s float this year is “On display: Light, camera and terror … an independent production”. Franklin David and the samba school will open the huge party in Sao Paolo on Friday 9th February. 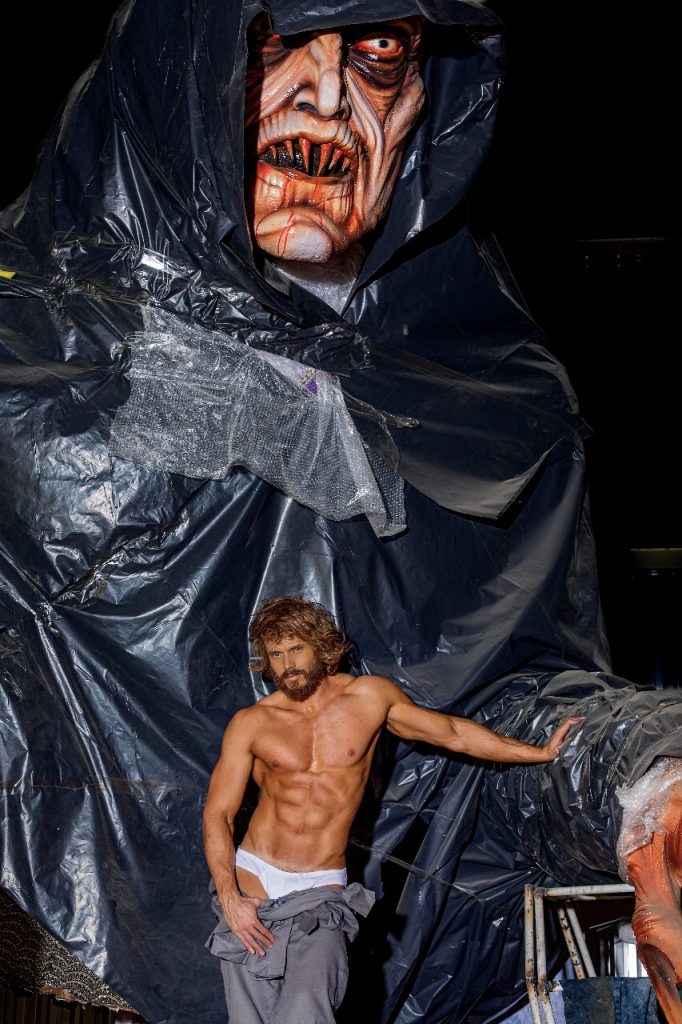 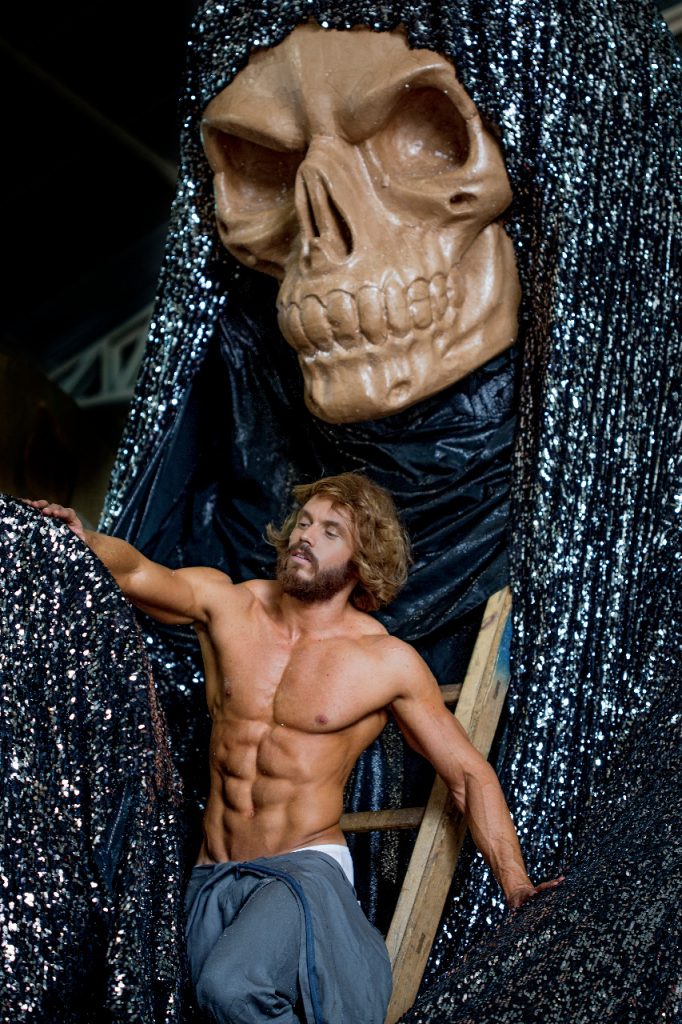 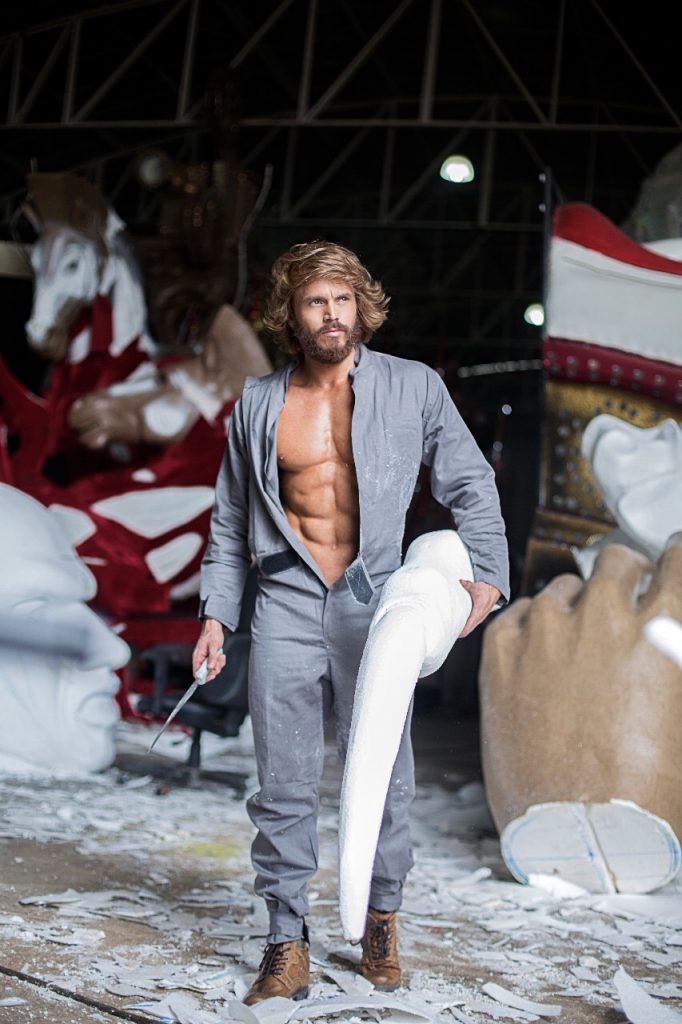 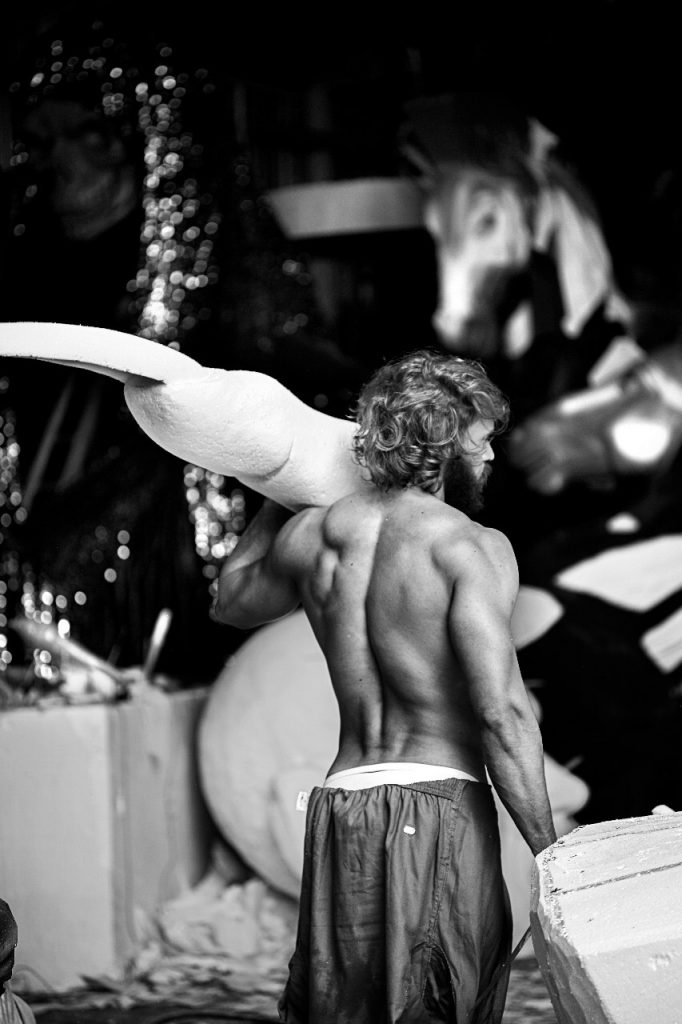 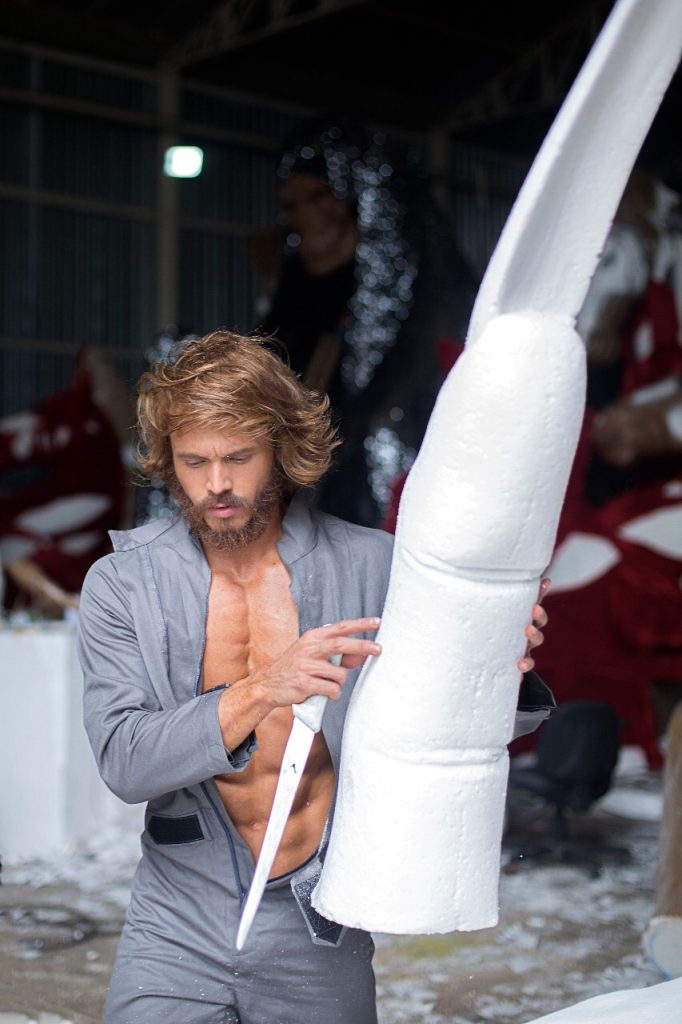