Prolific men’s underwear label Modus Vivendi has just released one more line from its Fall-Winter 2017-18 collection, called Floss. This line comprises underwear, loungewear and resort wear in plenty of cuts to choose from. The luxurious underwear of this line comes in two colours (black and dark green) and various silhouettes (low rise briefs, classic briefs, tangas, boxer briefs), all made of cupro.

Cupro (pronounced k(y)üˈprō) is a regenerated cellulose fibre relative to tencel and modal. It is made from the silky fibres that stick to the seeds of the cotton plant after it’s been ginned, dissolved in ammonia and copper oxide. It is similar to rayon but it has the advantages of being breathable and machine washable. It is often used as a silk substitute because it feels very similar.

The promo campaign released by the brand is photographed by one of our favourite photographers, work of which you have seen featured many times in Men and Underwear, Gaston Barrios. The charismatic photographer took his team to the countryside of the Pampas, Argentina to shoot this line in a stunning setting. Model Mauro Gentile looks great in the photos below and the video in the role of a gentleman in the deep countryside. 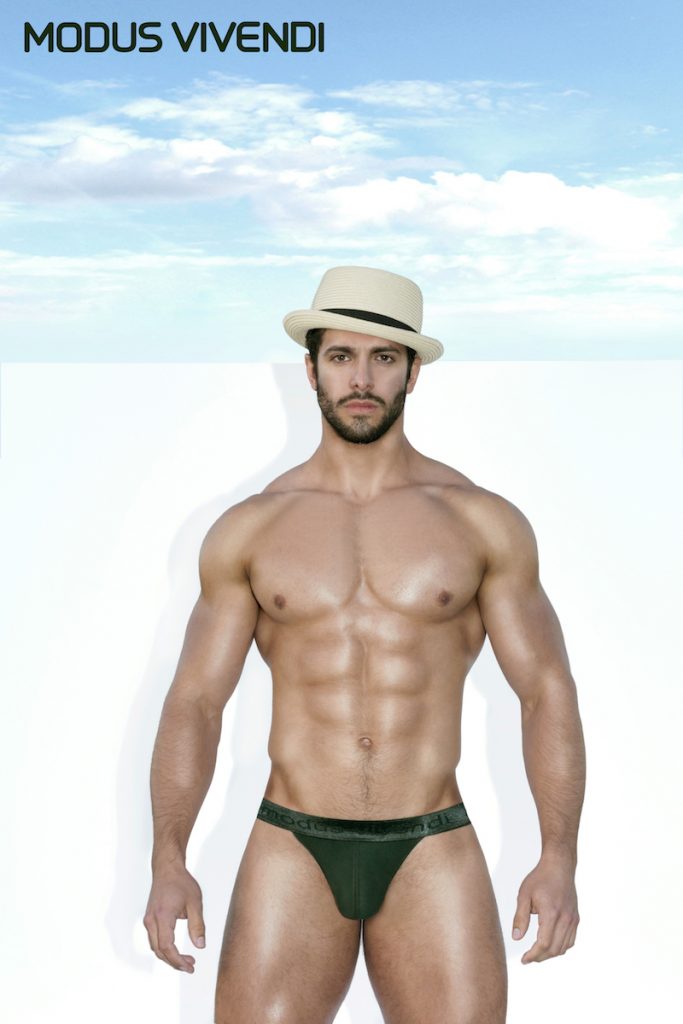 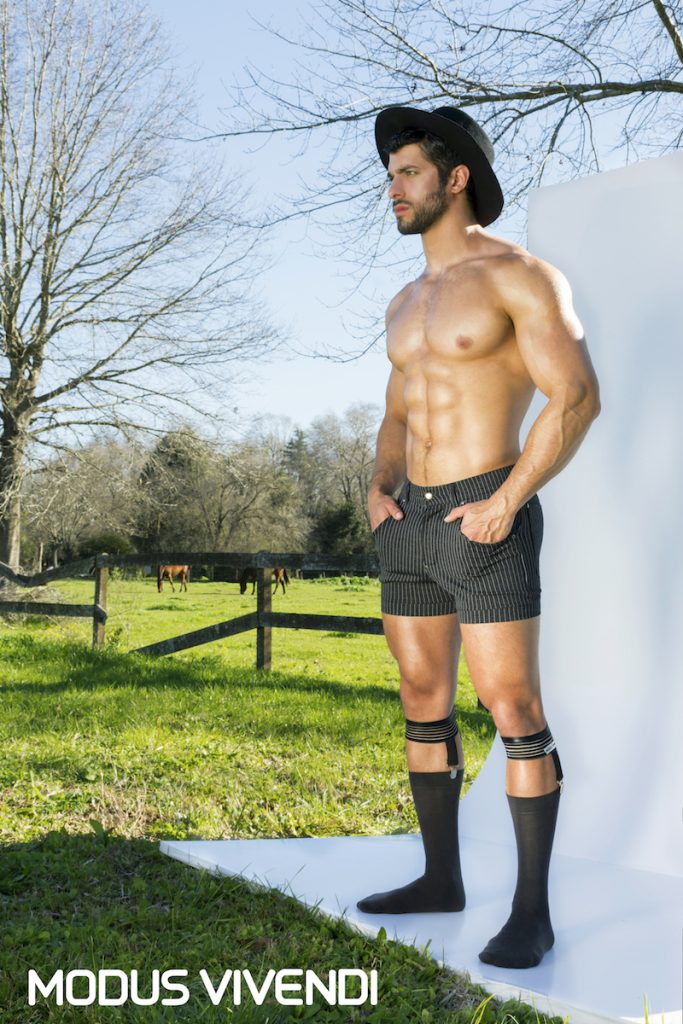 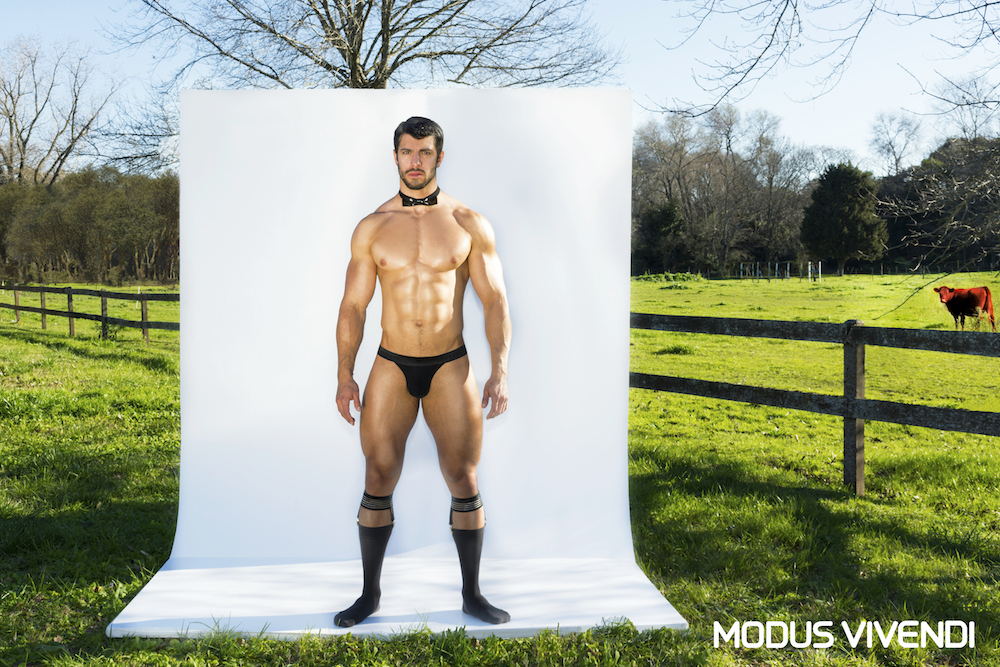 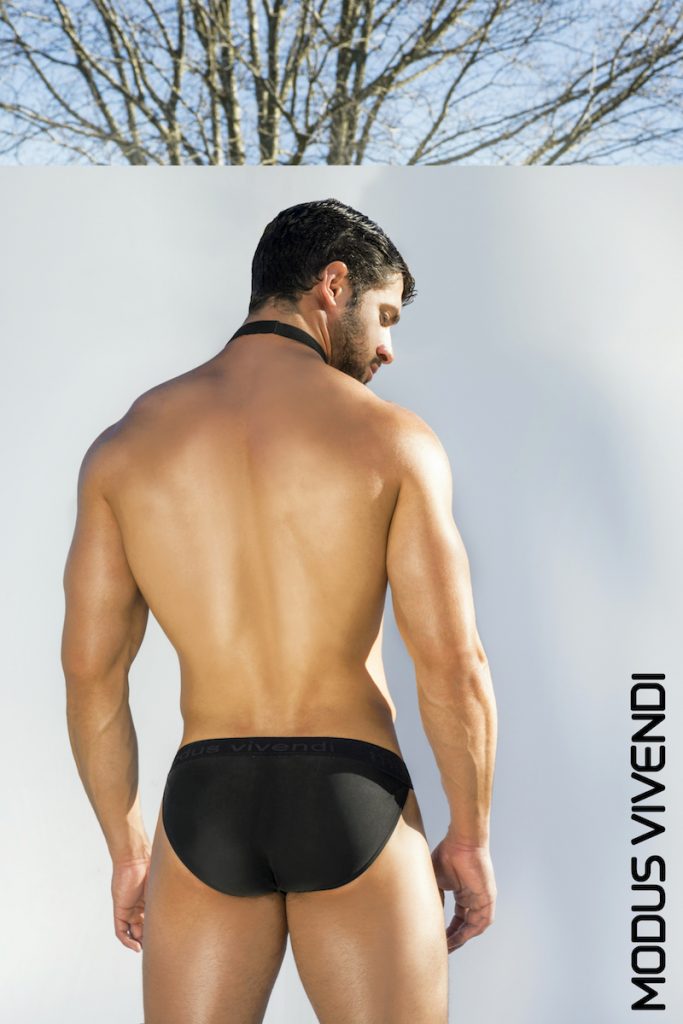 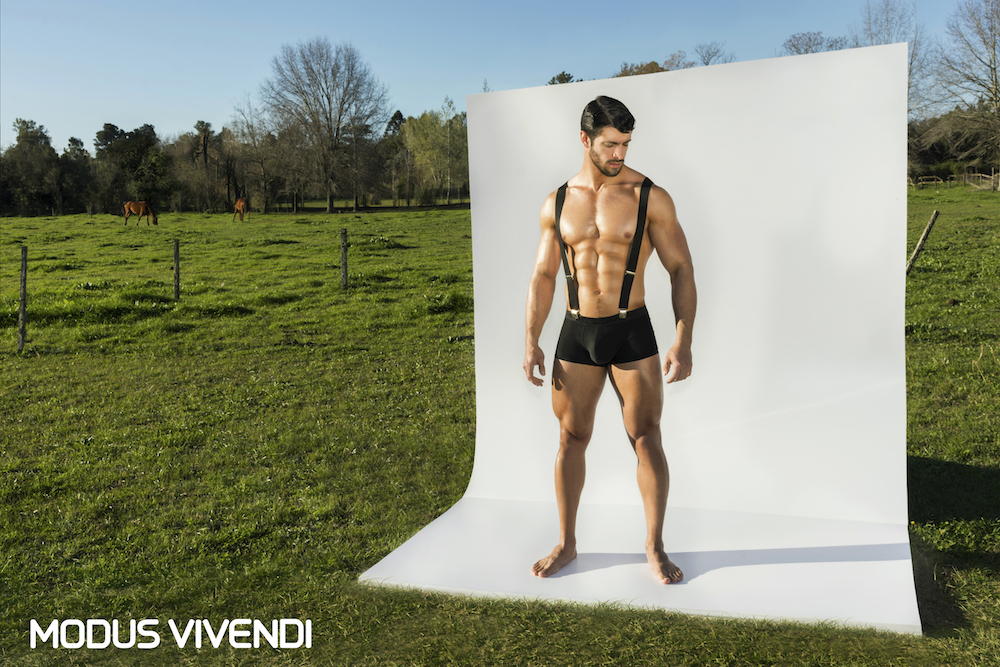 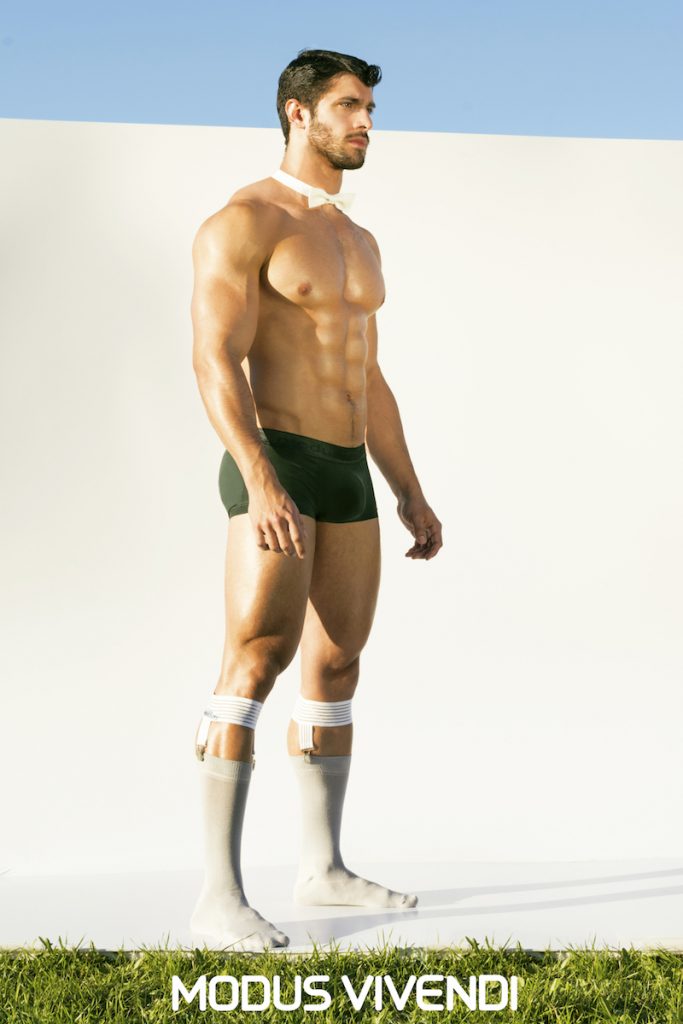 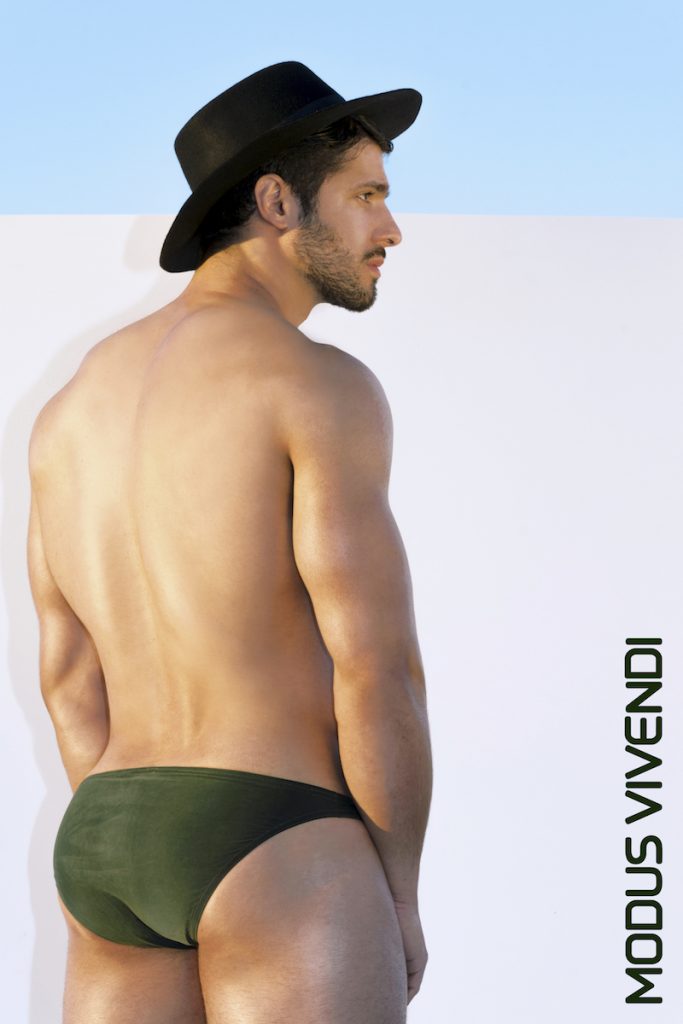 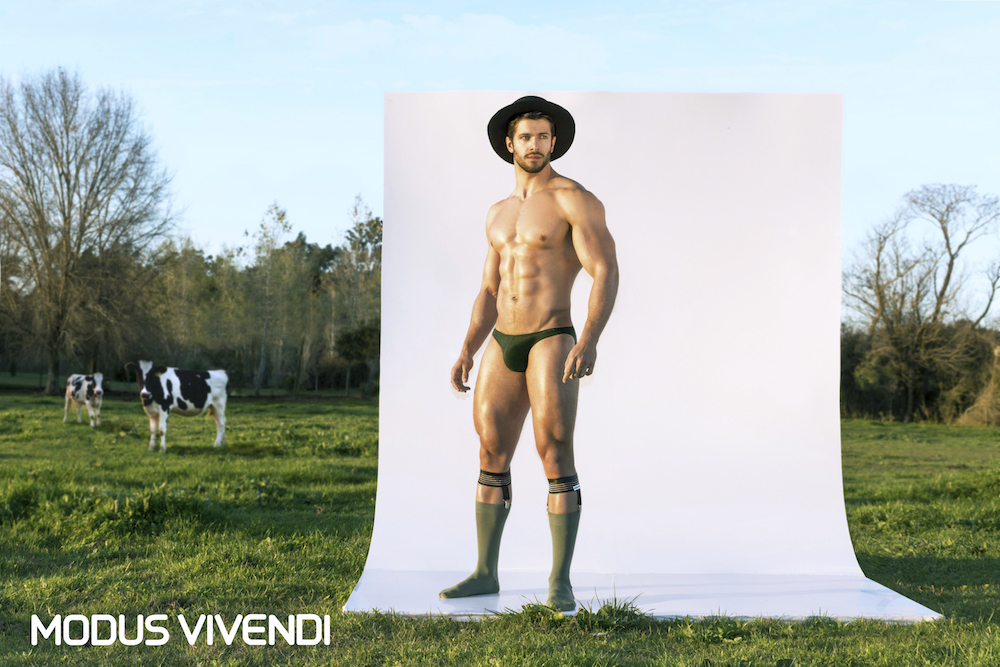 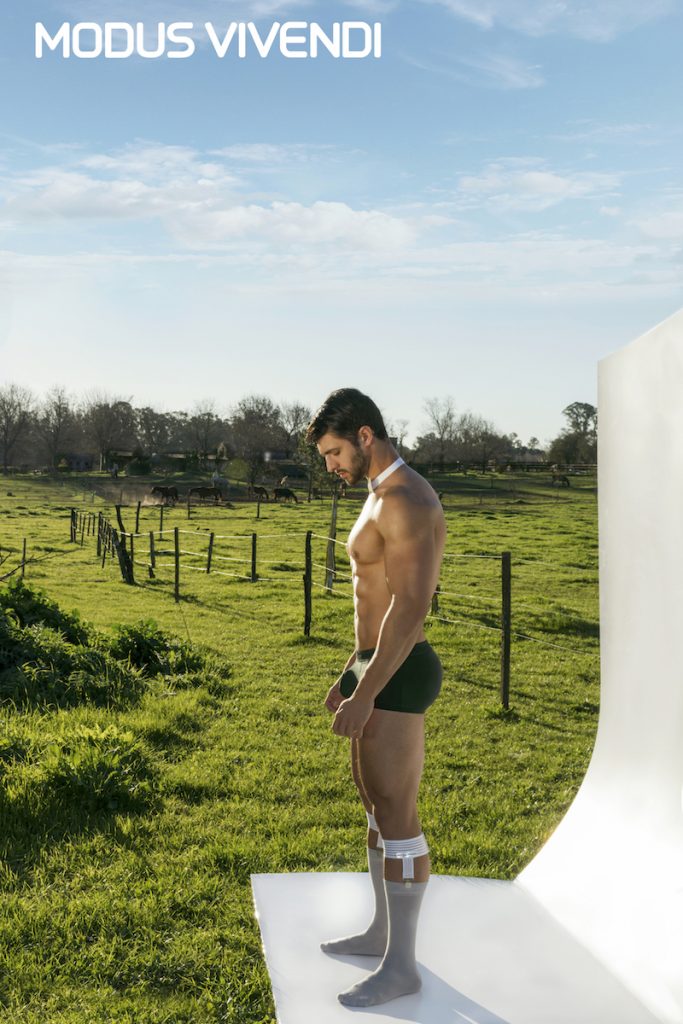 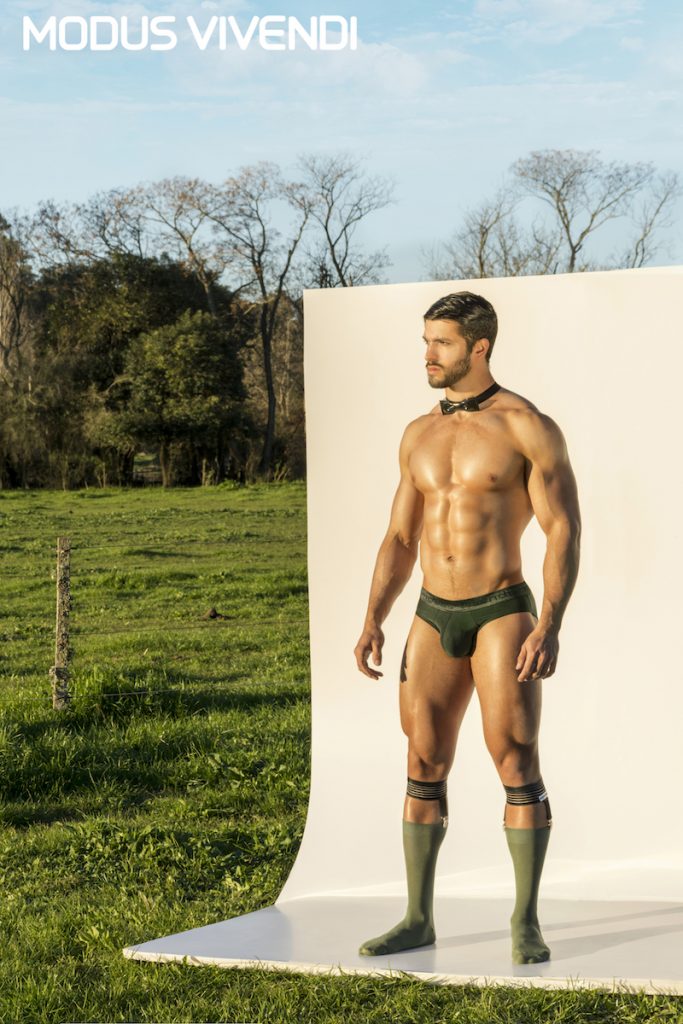