Here is something a little bit different today. The work you are about to see is from a photographer we love, Adrian C. Martin. The talented Spaniard worked with two young models for an editorial featuring men’s jewellery by a brand named Masawa. Even though the jewellery looks nice, the reason of this post is more about the two models who were photographed at a dramatic location in Tenerife in their little black swimwear. Josue Jimenez (the guy with the facial hair) is 23 years old. He resides in China at the moment and he works as a model and dancer. This is not the first time we post photos of him, the most loyal readers of Men and Underwear may remember him from a shoot by the same photographer for Lodoli underwear we showed you last summer (see that photo shoot here). The second guy, Aaron Gonzalez is a part time model and full time baker. His is also practising surf and skating. 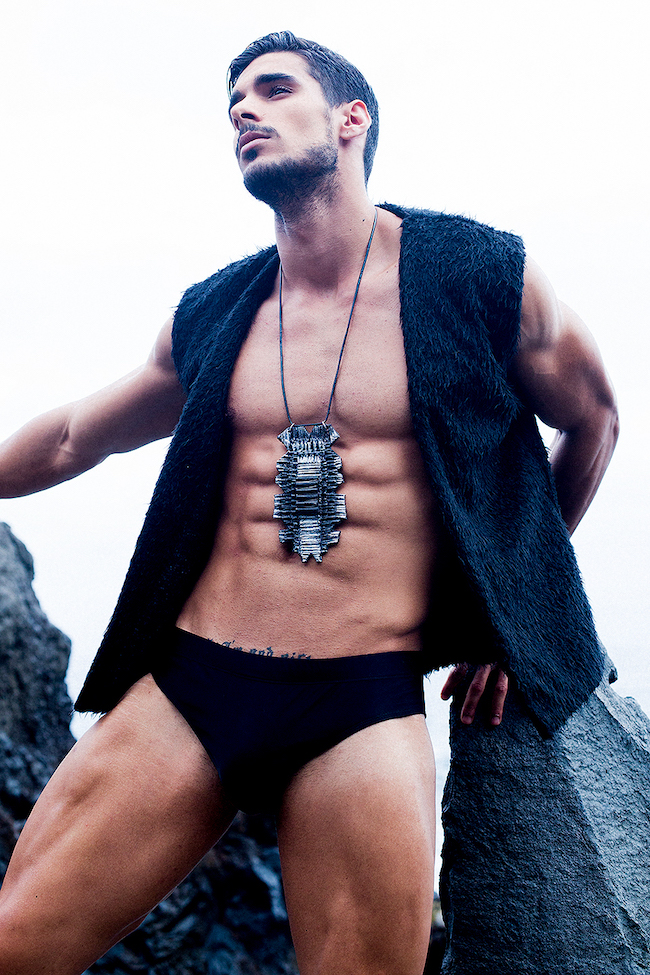 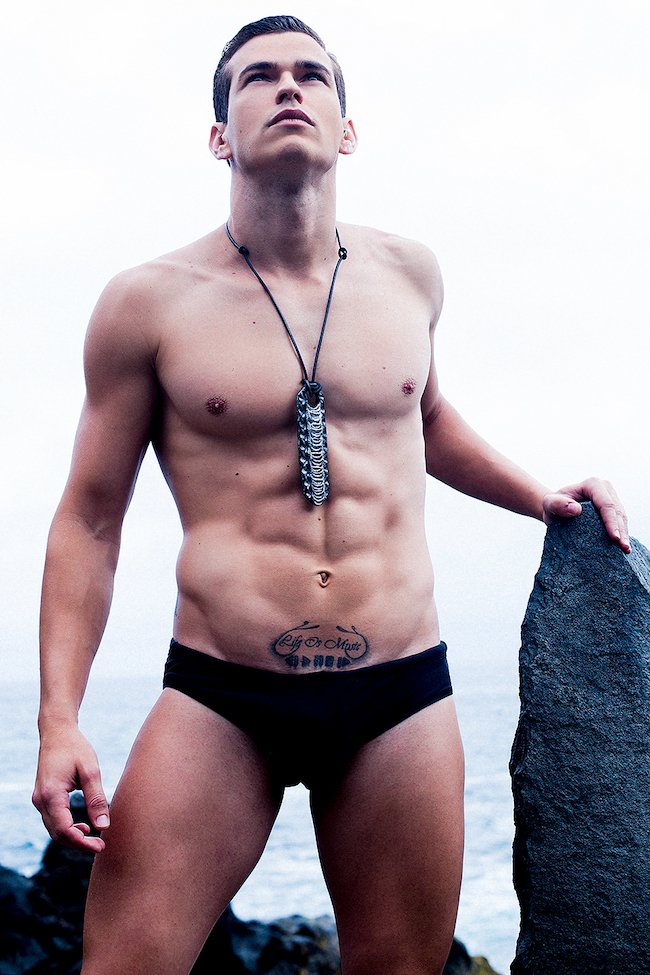 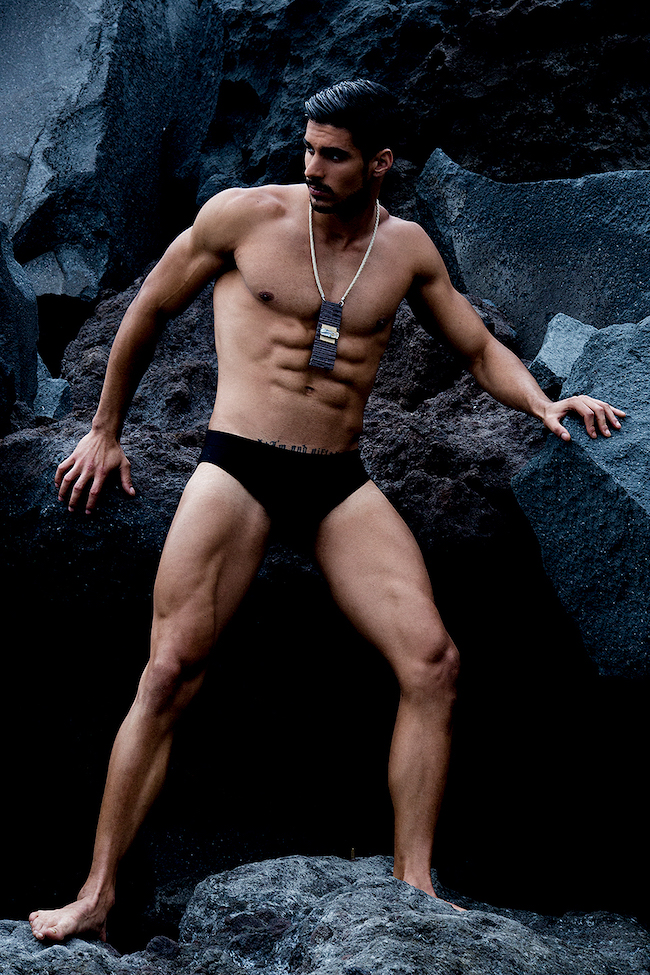 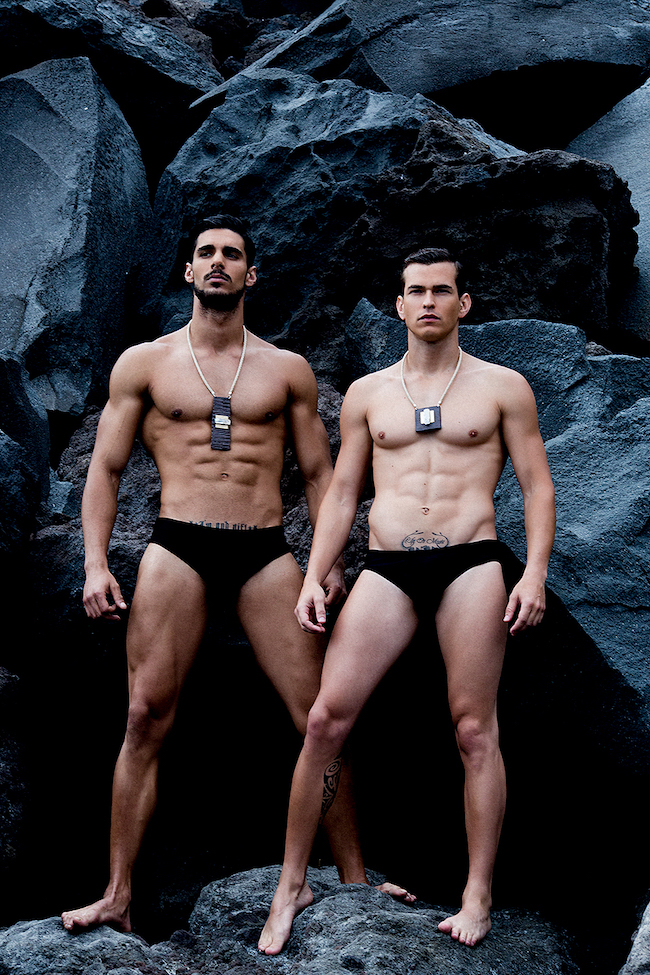 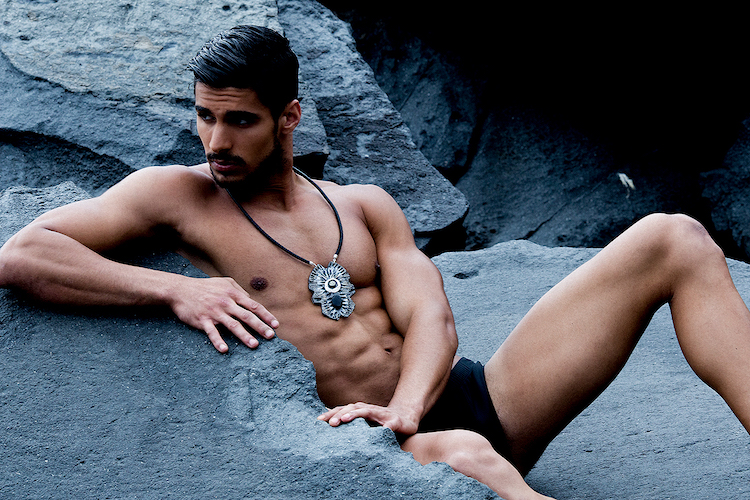 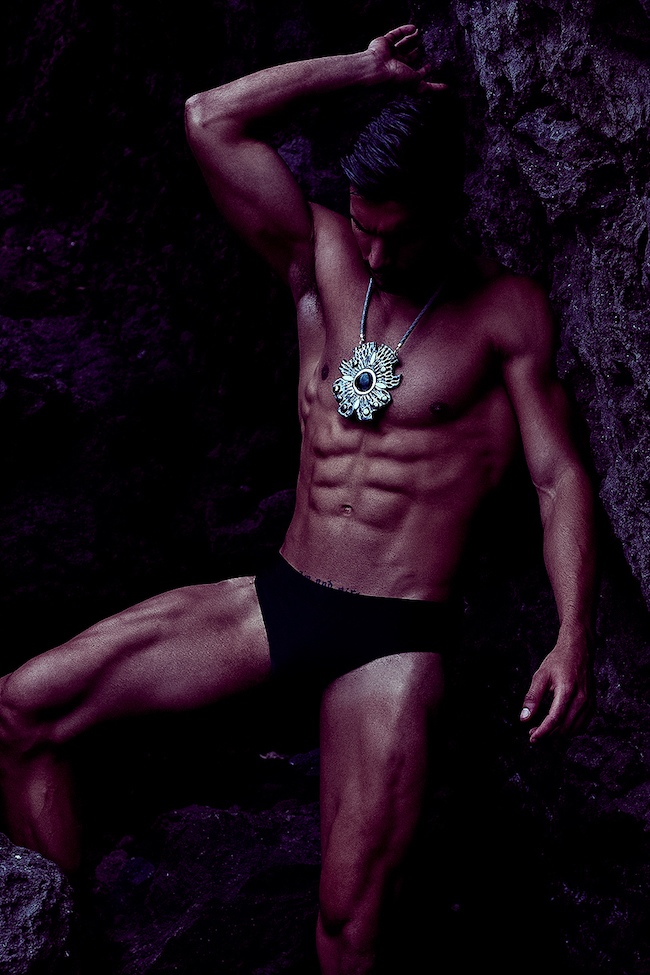 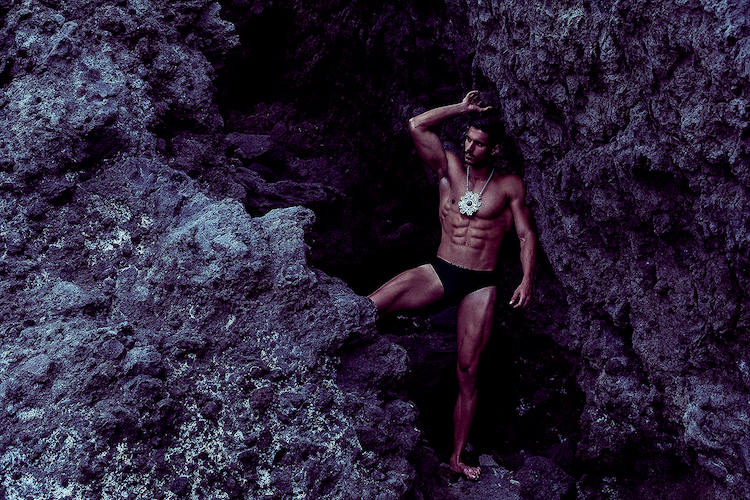