Back in the 1980’s, Calvin Klein changed the men’s underwear game with the traffic-stopping poster billboard in Times Square. The FU brand features both the designer’s actual name and formula (e=fu⁸), which is exclusive and trademarked for The Pleasure Principle.

“I hope guys who wear my FU e=fu8 Underwear and those who see it will be reminded to carpe diem and make the most out of their precious time; to spend it pursuing things that bring and enhance their life’s pleasurable experiences.”

The brand is designed in Manhattan, NYC and is set to release jockstraps, t-shirts and swimsuits in the not too distant future. The fabric designer Fu sourced is a plush 95 per cent cotton and five per cent spandex.

Fu refuses to sacrifice quality and cut corners, therefore he wanted to design and create something he would also wear himself – and he does!

“I hope guys have as much fun wearing FU e=fu⁸, as much as I enjoyed designing it for the image and style conscious 21st century men who are always on the go.  FU e=fu⁸ Underwear is the bold, daring, new men’s underwear line that could.”

This is probably why Fu, which means “luck” in Chinese, always carries his current collection around with him 24/7. The number eight is also considered to be a lucky number in the Chinese culture.

The photos below feature model Dawson of Jsaimagescouts.net posing in the latest underwear designs by FU e=fu⁸. 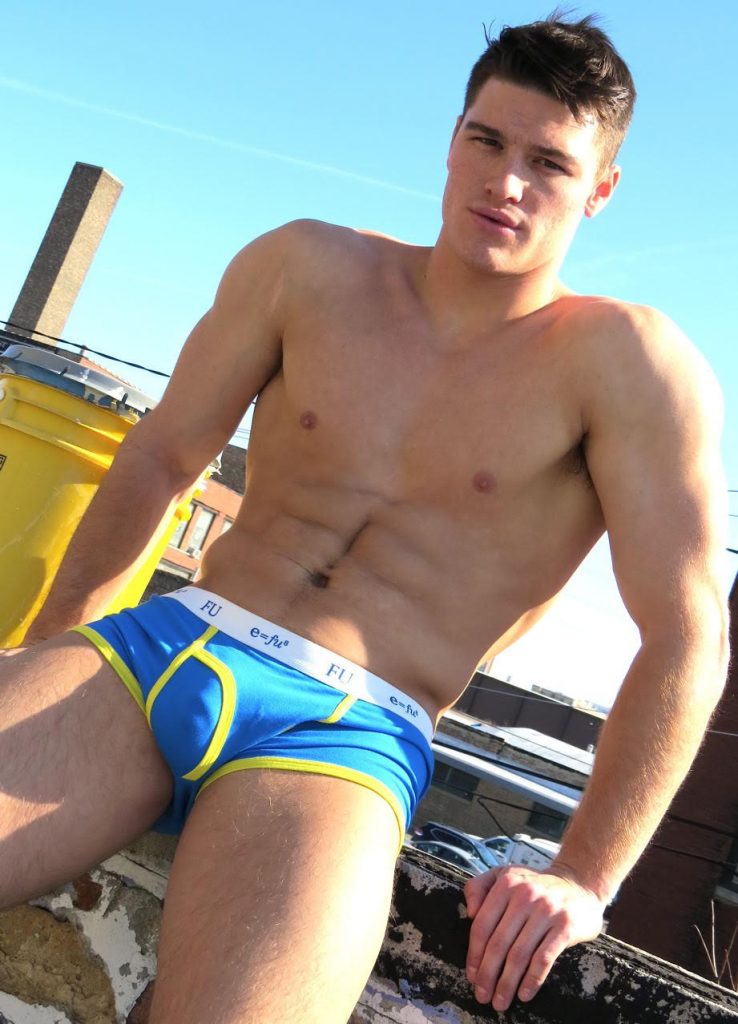 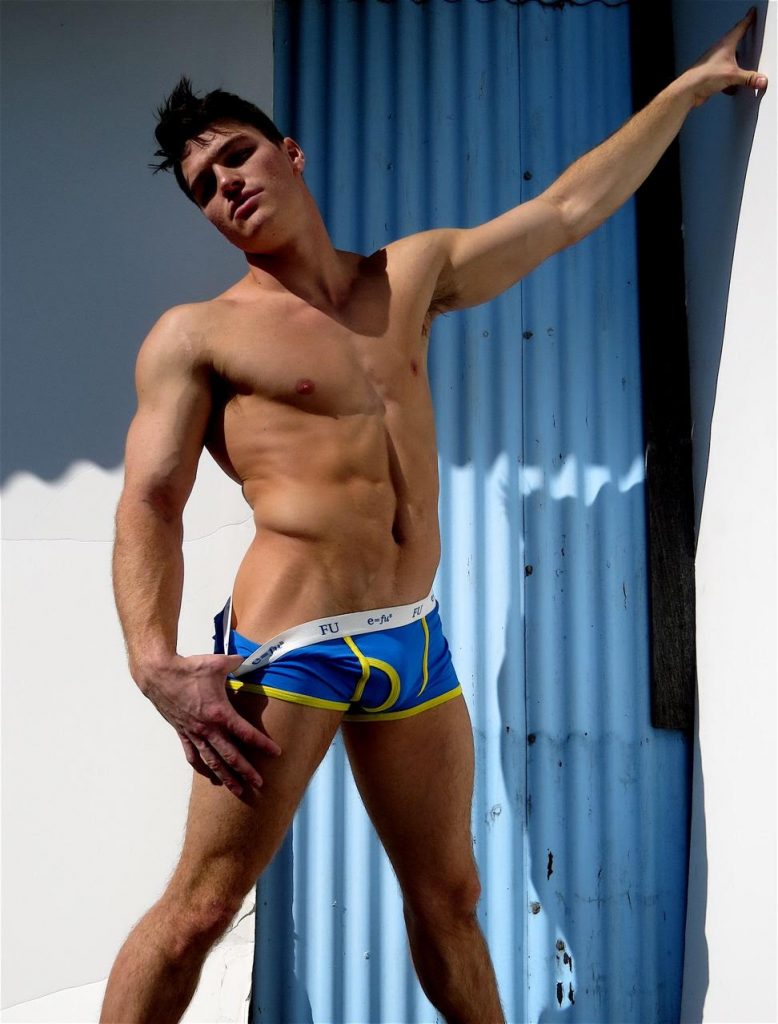 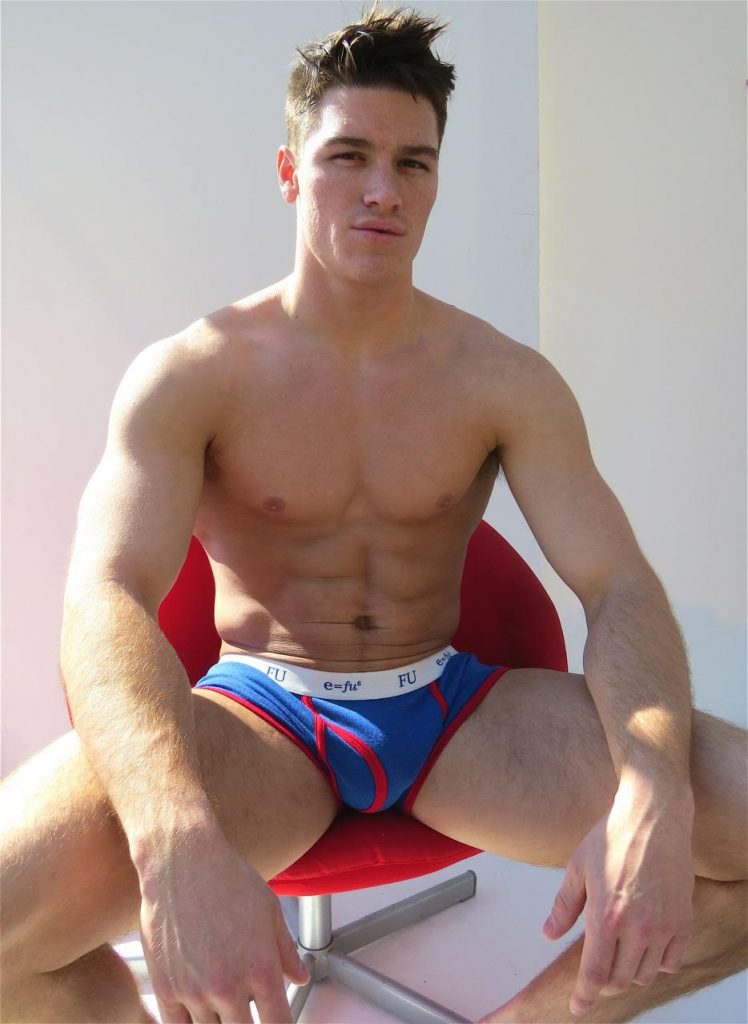 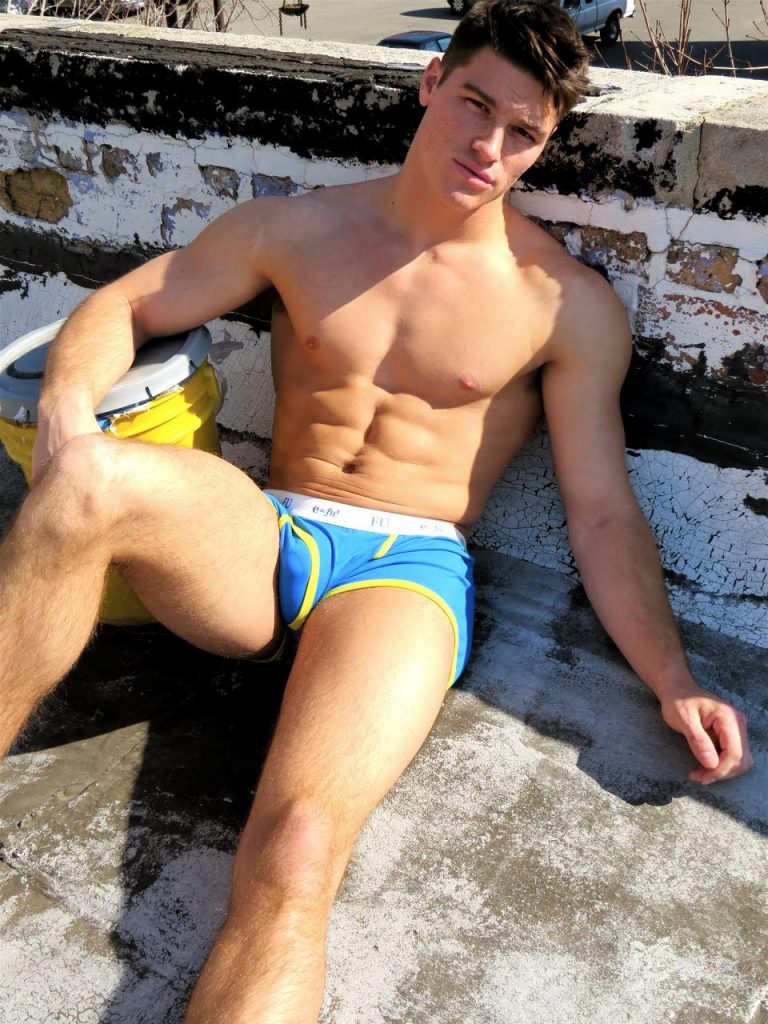 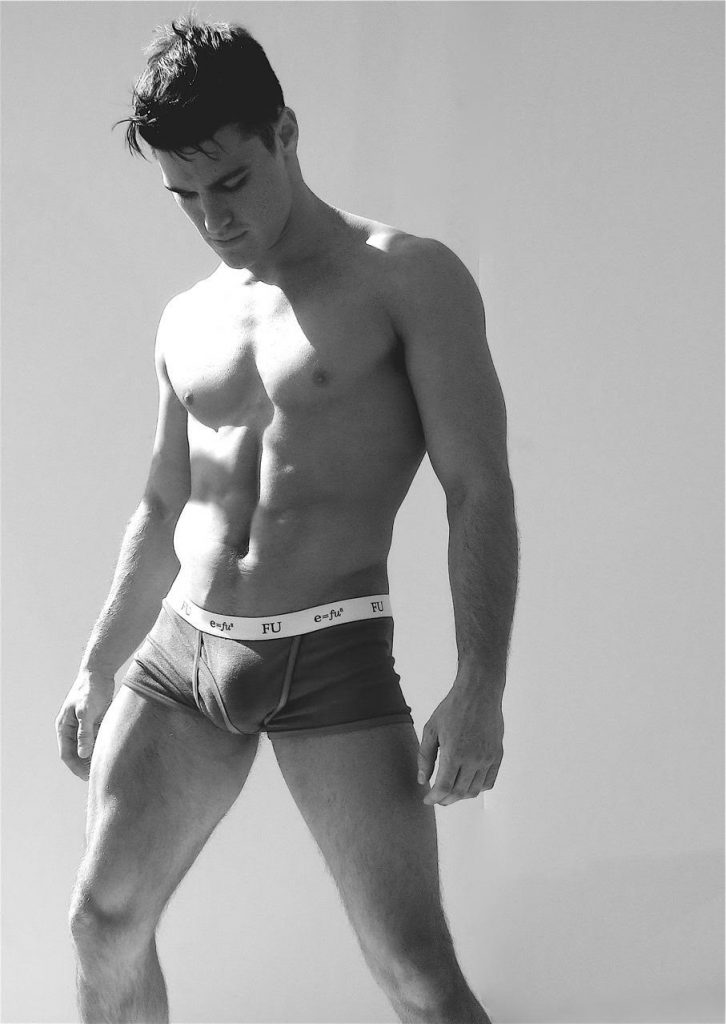