Search
Home
Men and Underwear
The army look has been a long lasting trend in men’s underwear. One of the most recent and, we think, best looking collections in this theme is the new Military Jock collection by Canadian designer Raw Studio, an exclusive to Jockstrap Central.

This handcrafted collection of jock briefs, jockstraps, and ball-lifters is made from a leather-look PVC material. The quality is exceptional and the attention to detail second to none. The Military Jock has a brief style front featuring an olive-gold stripe down the pouch and a military style star insignia on the right and a fully exposed, jockstrap back. The Recruit and G.I. Joe Jockstraps are in a more regular jockstrap style. Both have contoured pouches with an olive-gold racing stripe on the first and a metalic pewter racing stripe on the second. The Commando Ball-lifter is a military styled evolution of Raw Studio’s original ball-lifter designs.

Enjoy some shots of model and adult entertainer Caleb King in the new designs apart from the Ball-lifter which is way too NSFW to show you here. We also chose some close-jups so you can have a better look at the details which makes these items really stand out. To get these and to see more photos of Caleb in them (including the NSFW ones!) head to Jockstrap Central. 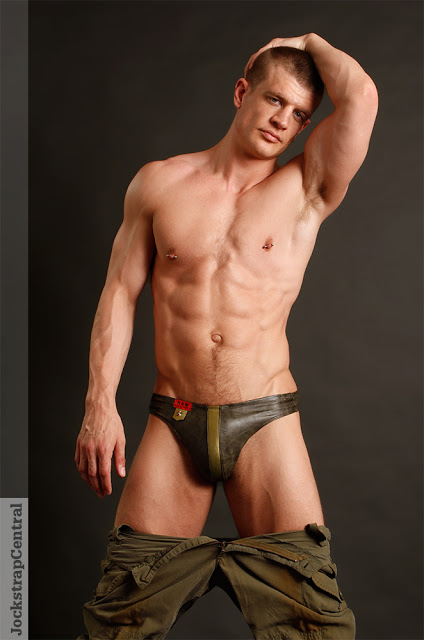 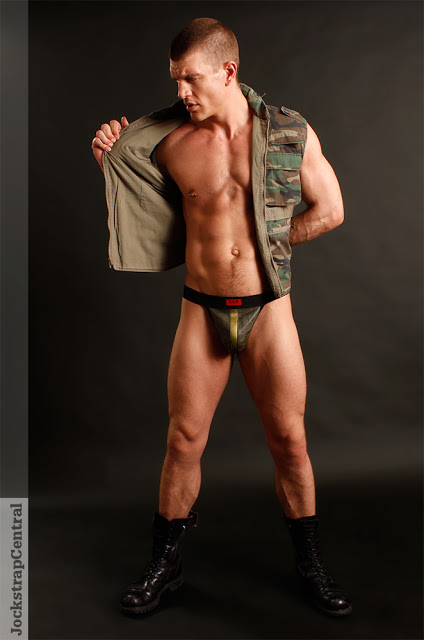 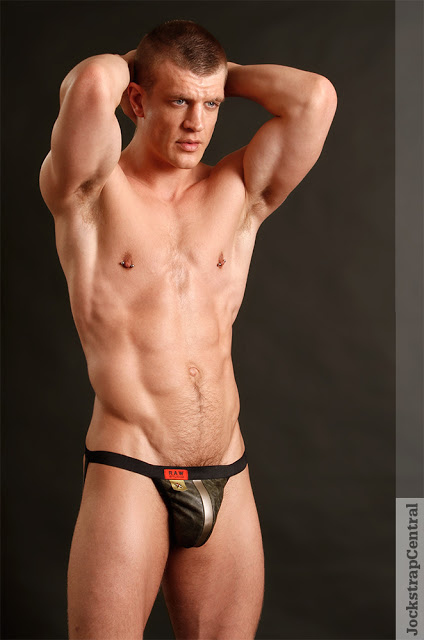 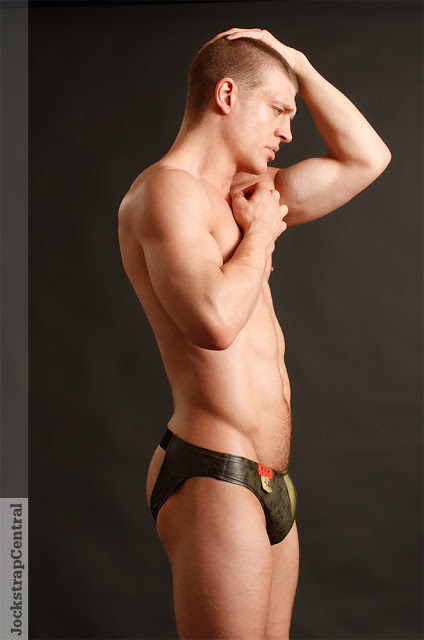 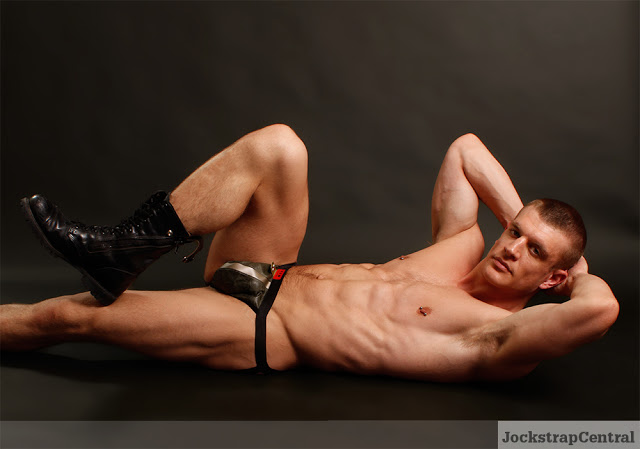 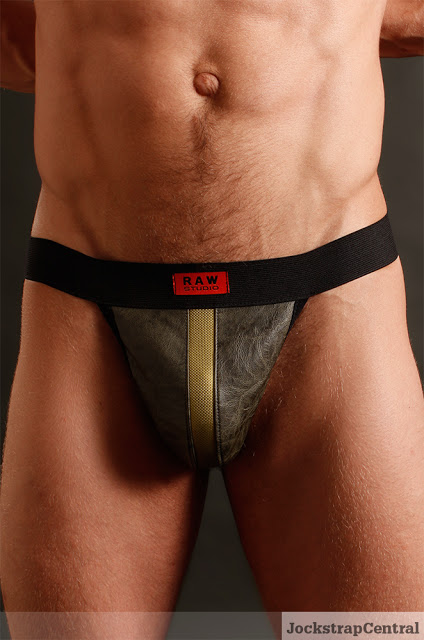 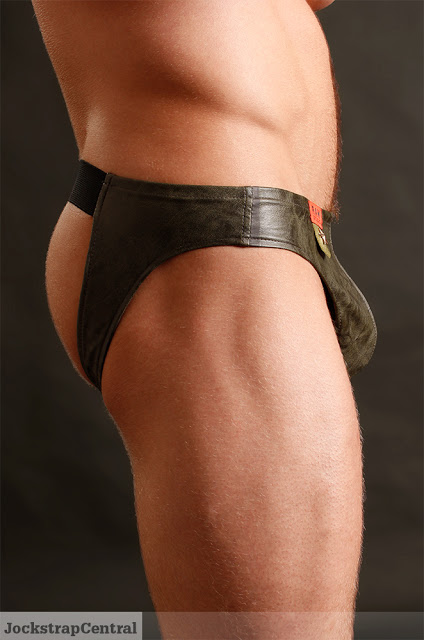 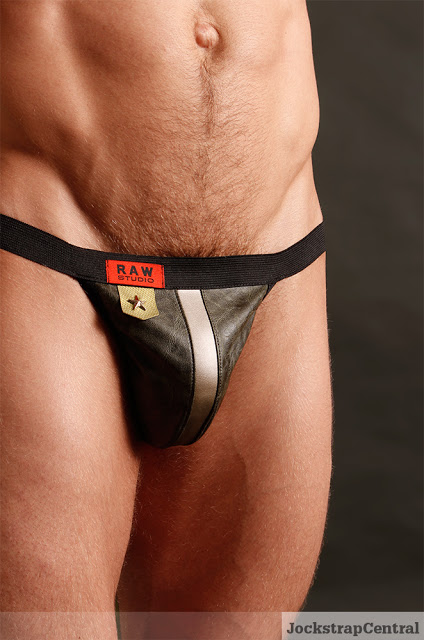 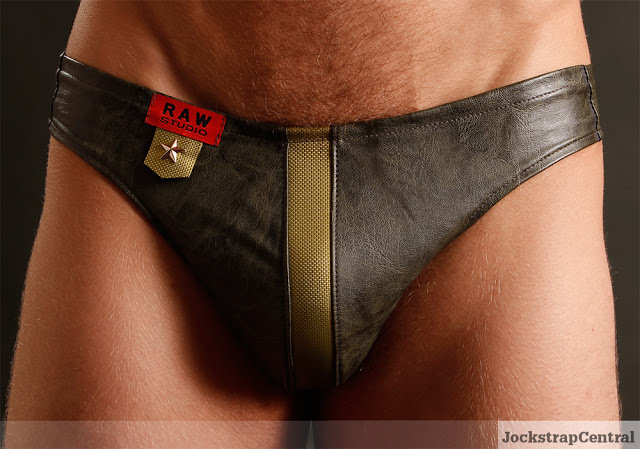