Model Roger is photographed by Louis C. for Walking Jack. Take a look at the third part of the extensive campaign here.

Rockdown! Editorial in HUF Magazine. Photography and styling by Jay Kaewsutthi. Model is Gianluca Vallata posing in underwear and swimwear from various brands.

He Alone! Editorial in The Perfect Man magazine with model Josh Wald posing in fashion and underwear by CK for the camera of Chuck Thomas.

The latest model featured in MMSCENE is Derek Chadwick photographed by Jack Juliar. 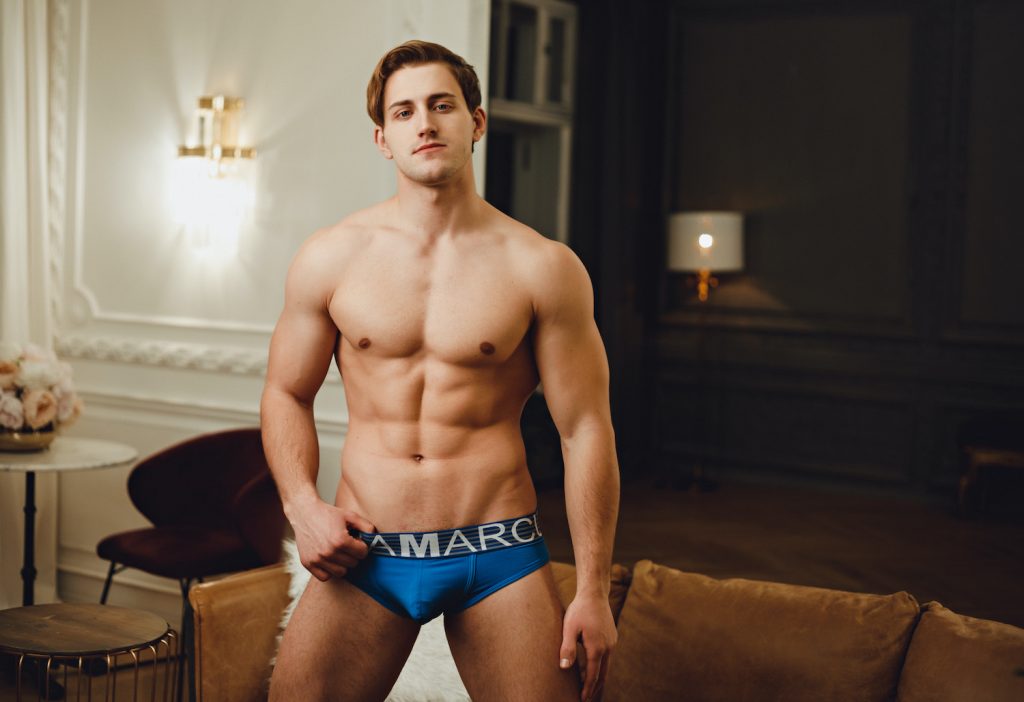