We are happy to show you today another great editorial, photographed in Tenerife by Adrian C. Martin. The talented Spaniard captures model Carlos Expósito in a garage in Tenerife posing in underwear from Curbwear, MaleBasics, PUMP!, Marcuse and Supawear, socks from Bikkembergs and harness from Barcode Berlin. More specifically Carlos is seen in the Beyond Briefs by Curbwear in black, the Splash Hipster Brief by MaleBasics in black, the Active Briefs by Marcuse in Burgundy red, the Space Candy Boxer by PUMP! in pink and the Sprint Briefs by Supawear in the Guerilla Green print. 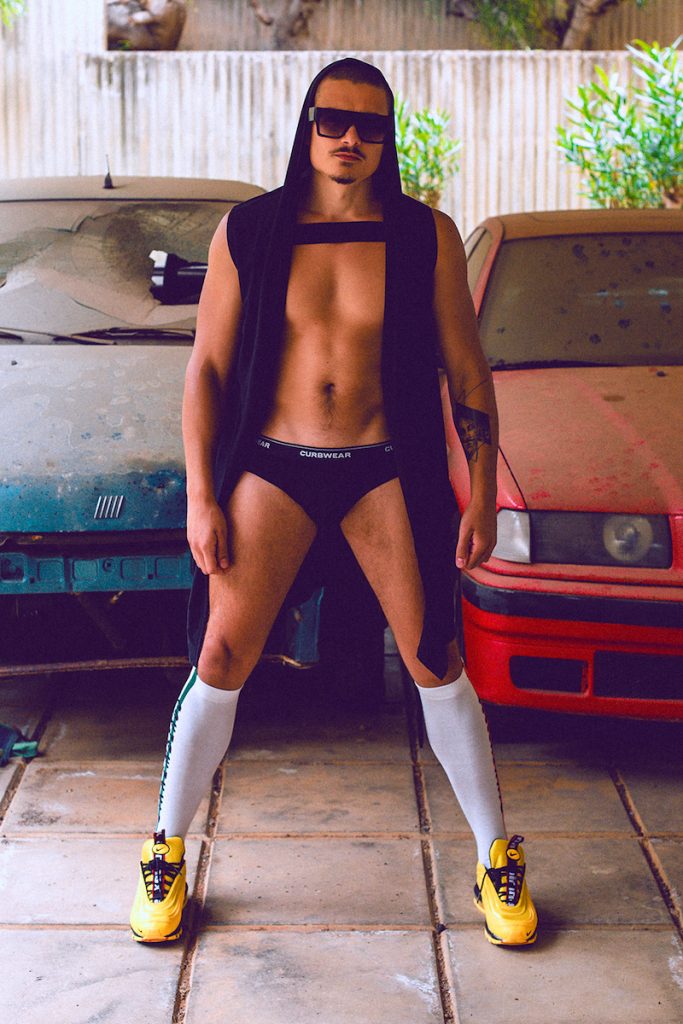 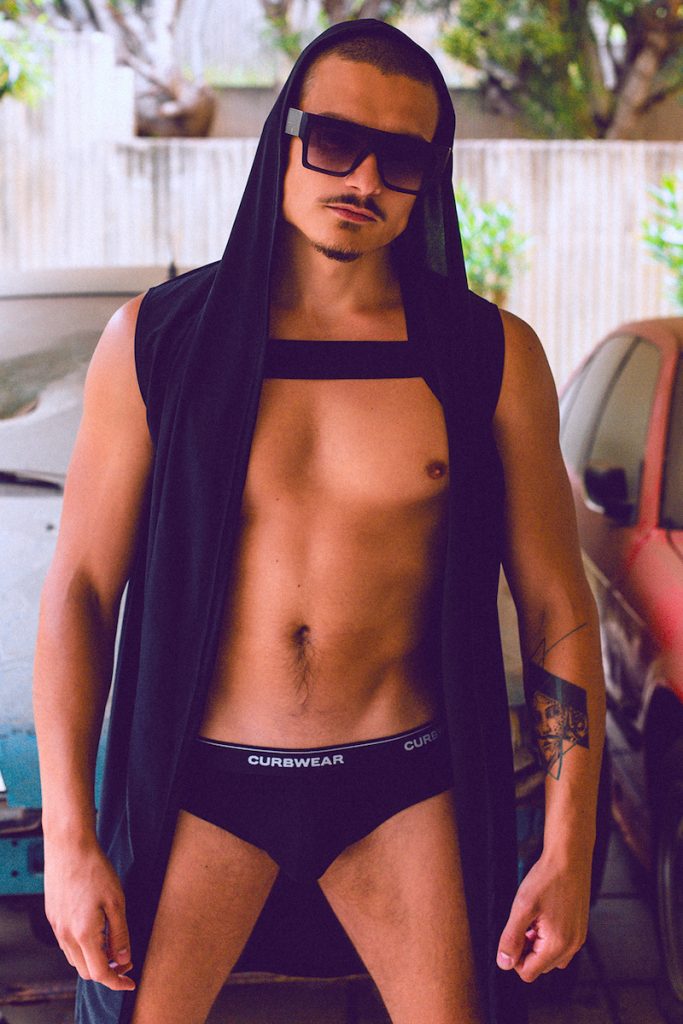 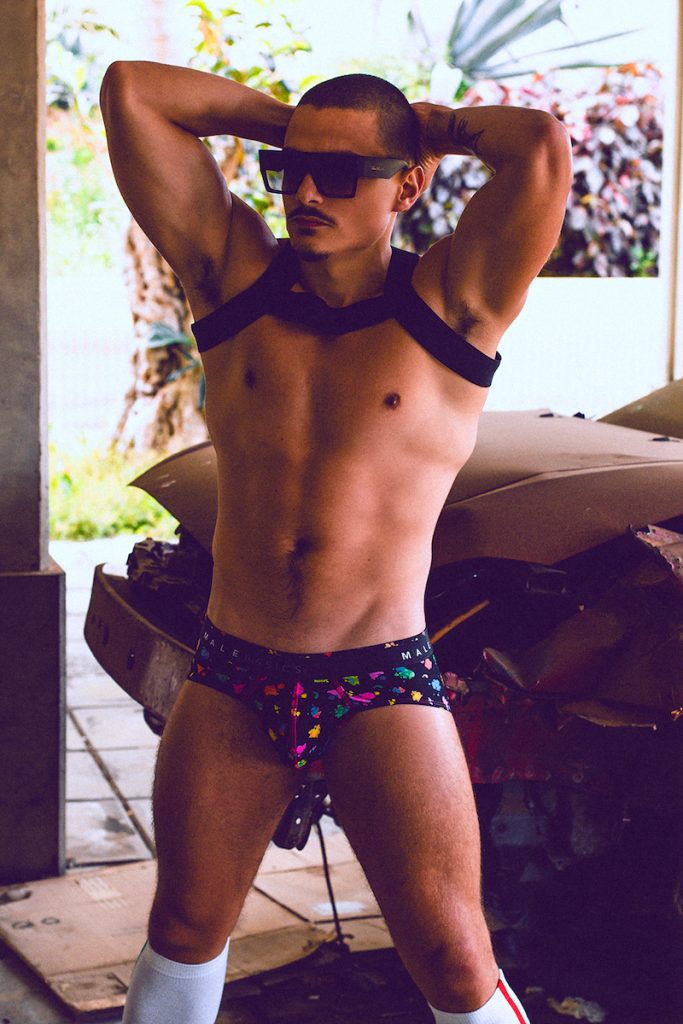 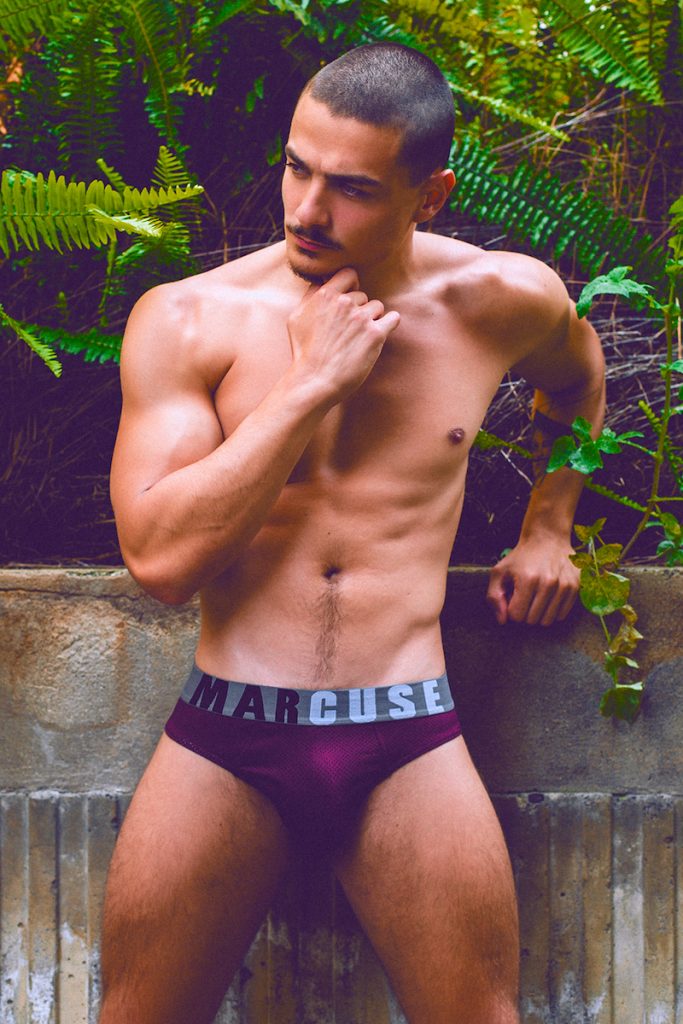 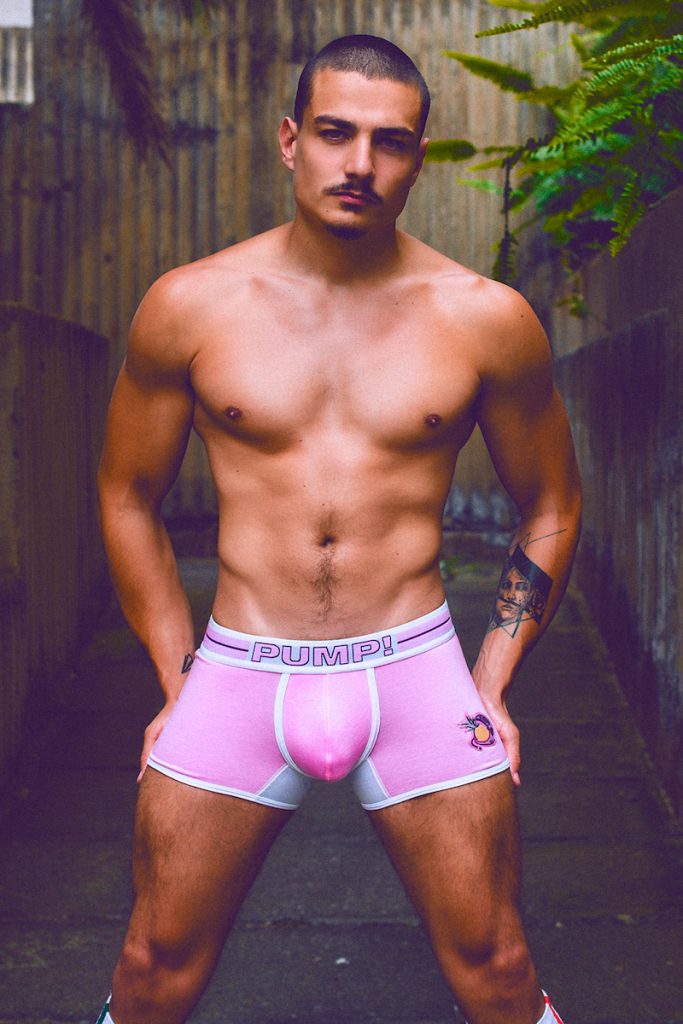 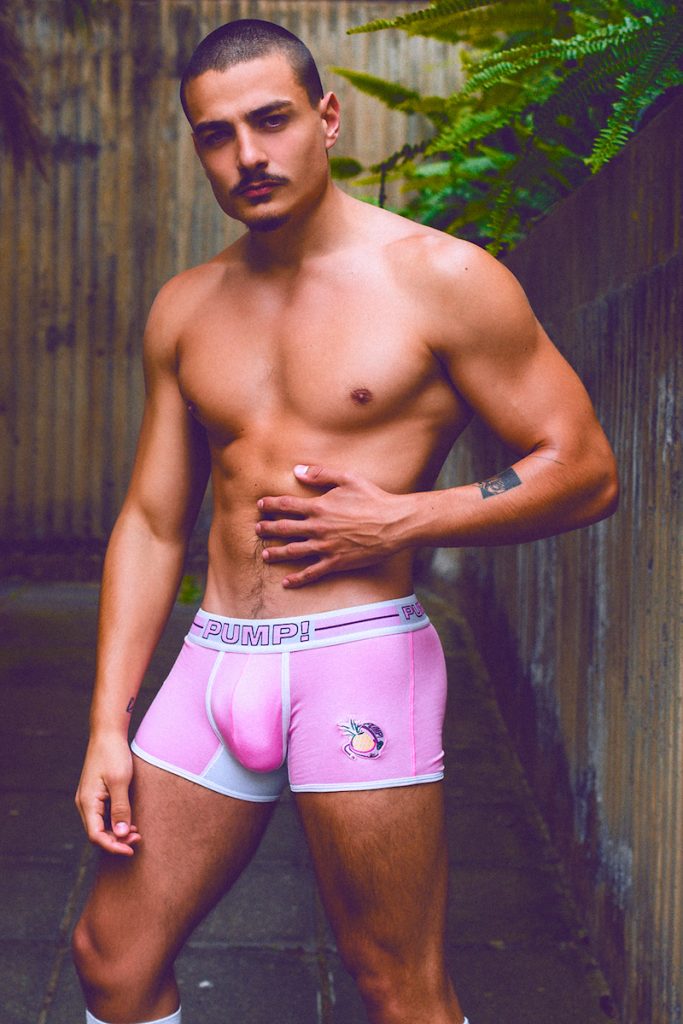