It’s a Throwback Tuesday today and we revisit one model that created a buzz this year, Jorge Cobian. Jorge is 22 years old, originally from Cuba, living and working in Spain. He is a model and dancer and his impressive physique comes from years of training in gymnastics and parkour. He was presented four times already in Men and Underwear (this is the fifth, check out all his work under the tag: Jorge Cobian) posing in underwear by Supawear and teamm8. Today we show you some extra photos that didn’t make the cut when we first published his work. All photos are by talented Spanish photographer Adrian C. Martin and Jorge is wearing underwear by teamm8. 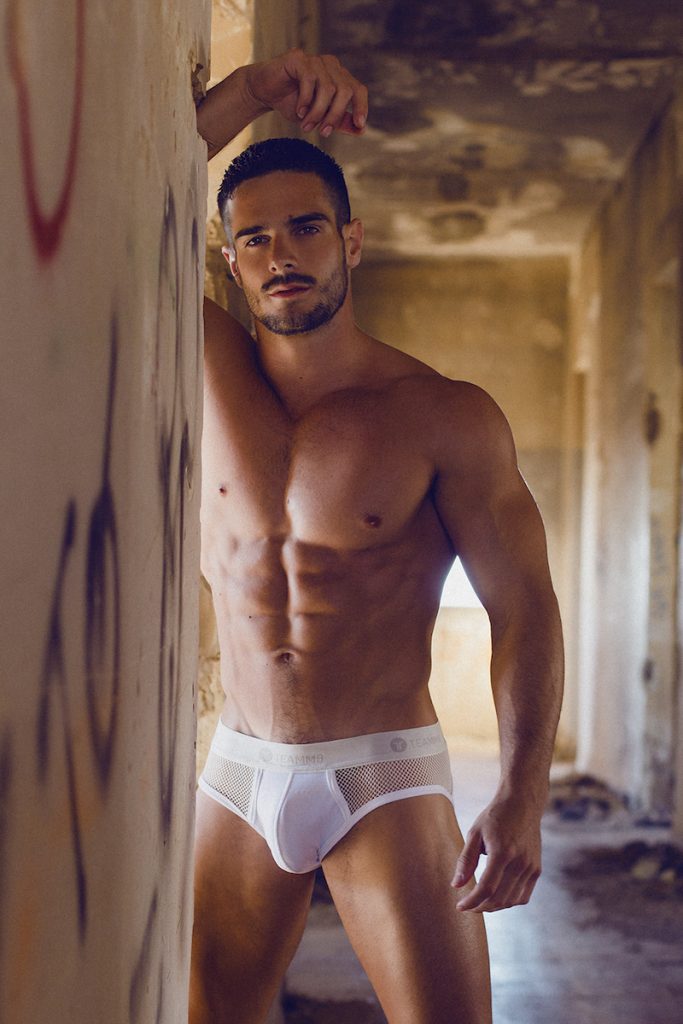 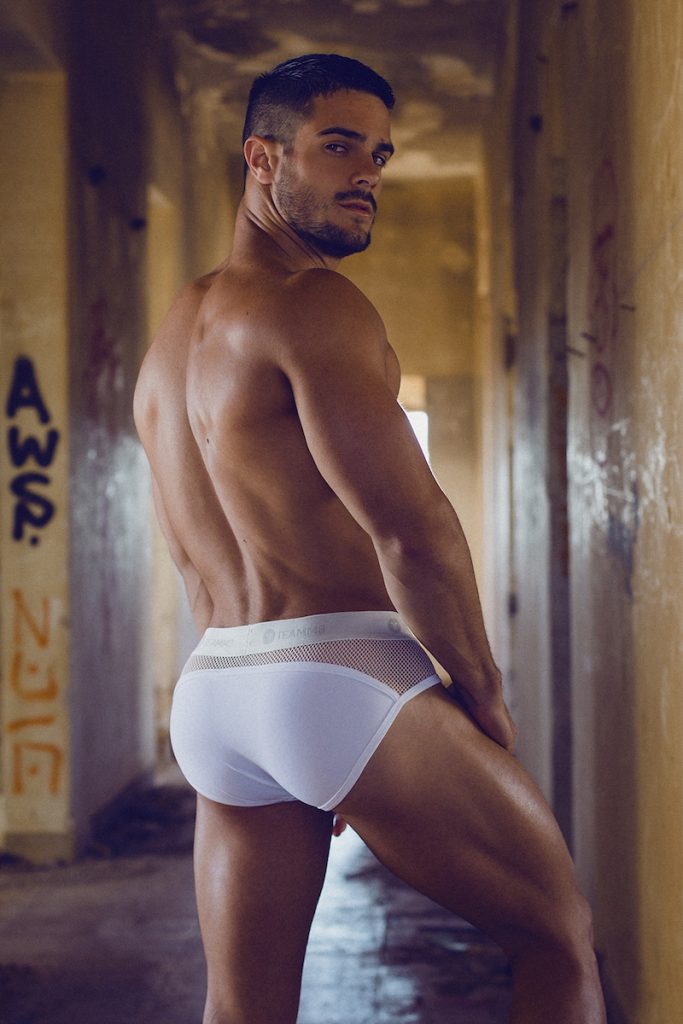 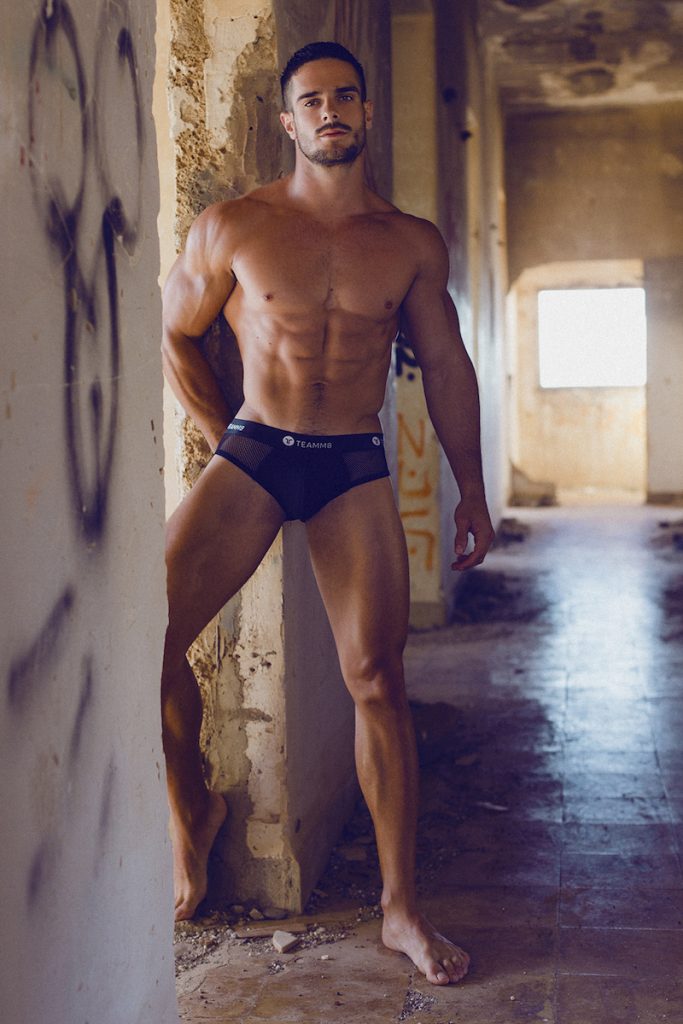 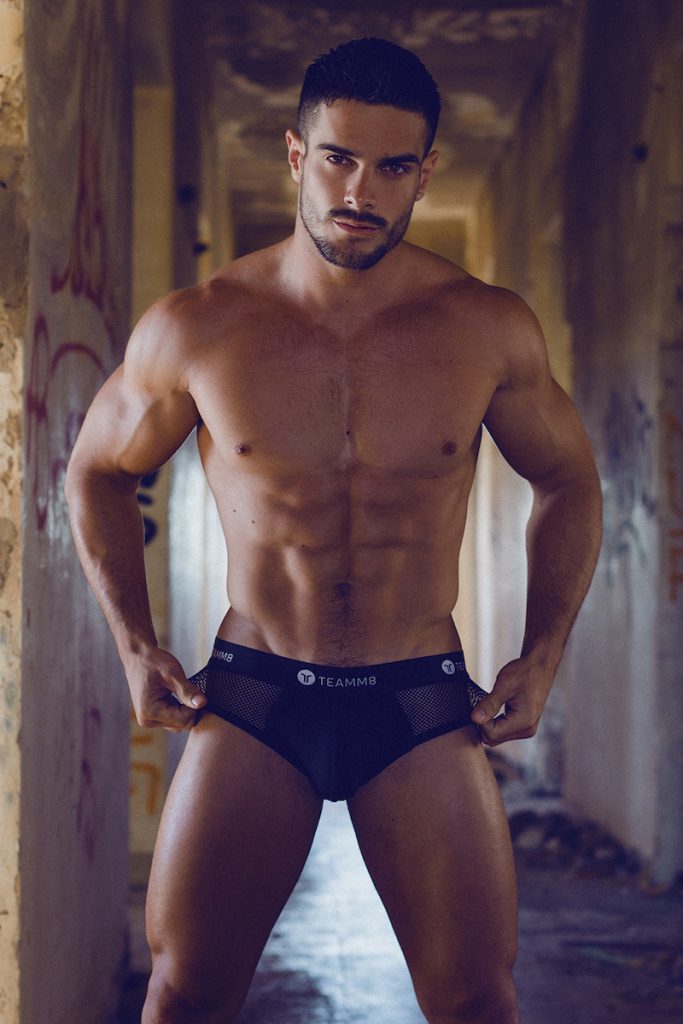