In our Brief Talk today we speak with Aaron Valenzuela. A true artist with a great talent, entrepreneur and founder of his own design company and at the same time an amazing dancer and very promising model with striking looks.  Read below his interview with Men and Underwear and learn more about his life and dreams, the best moments in his career and, of course, what underwear style and brands he likes best!

Tell us a little about yourself.
I’d say I’m primarily an artist at heart, which has allowed me to pursue other creative dreams. I’ve been a comic book geek all of my life, which really kept me interested in art at an early age and pushed me to further my art education. I received my BA from UCLA in 2007 and my MFA from UC Irvine in 2012 with a focus in sculpture and installation. A couple of years ago, I started my own design company, Opus Prime Studio. Since then, I’ve also become a fitness fanatic, model and actor.


How did you get into modelling?
At first, I just wanted to document my physical journey when I first started my Crossfit training so I sought out a couple of amateur photographers. When I began to post the photos from these sessions the response was incredibly positive. After that, other photographers started to reach out to me as well. From there, my modelling adventures have just continued to grow! 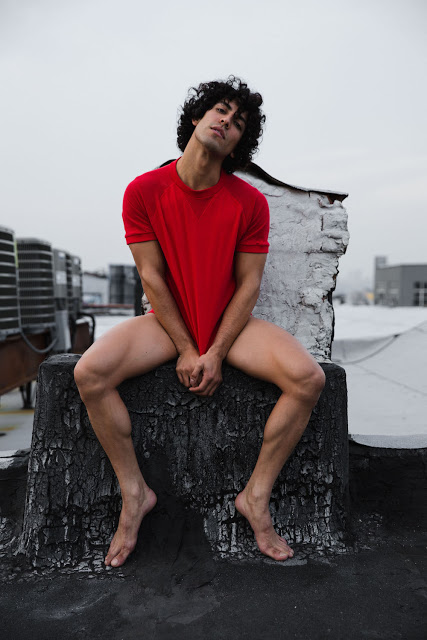 What’s the best moment in your modeling career so far?
I feel like the best is always yet to come! One of my favorite experience was being shot by Ruven Afanador in New York. I’m happy to call him a friend and I am a huge admirers of his work. I was also on the cover of both Fantastic mag and Walls magazine for both of their May issues which is surreal.


What is your dream job as a model?
My dream job would be to be the face of an underwear or athletic campaign. I’ve done work for The Underwear Expert in the past which has helped me float around in the underwear world which is great. Aside from that, there are a few photographers that truly inspire me, so to be featured in any one of their future projects or books would be a dream come true.

Time for us to discuss underwear! How often do you buy underwear?
Lately, I’ve been getting free underwear from photoshoots which is fantastic, because I get to try all kinds of amazing brands. In the past I used to indulge and buy myself a new pair of briefs for special occasions.


When you shop for underwear what do you look for?
I only buy underwear that has a pouch in front because there is more support. I tend to prefer softer fabrics that still have some strength. The best underwear are the ones that you don’t feel when you’re wearing them.

What’s your favourite underwear style and why?
I prefer briefs because I can move more freely, and I think they offer better support all around. My go-to pair would be some great fitting black briefs, but I also love bold solid colours.


What is your favourite underwear brand?
Clever is probably my favourite at the moment. They make bold statements in a really modern way. I like the fun, unexpected design elements which I feel is something that matches my personality. Hanro has some of the most comfortable briefs ever, and I love that the waistbands are also covered in fabric so I never get weird marks on my hips. N2N and D.Hedral are a couple of other favourites because their brief designs offer a lot of support and use great fabrics which make them super comfortable.

Many thanks to Aaron Valenzuela for the interview and the photos.