Model Javi gets photographed by Kuros in underwear by JJ Malibu. Take a look here.

Our Instaman award this week goes to model Matthew Herrick.

Model Rafi Rei poses in hie white Charlie by MZ briefs and gets photographed by Warrior Select for Eroticco Magazine.

Singles Day Sale continues until midnight tonight with a sitewide sale of 25% off almost everything! Check it out here! 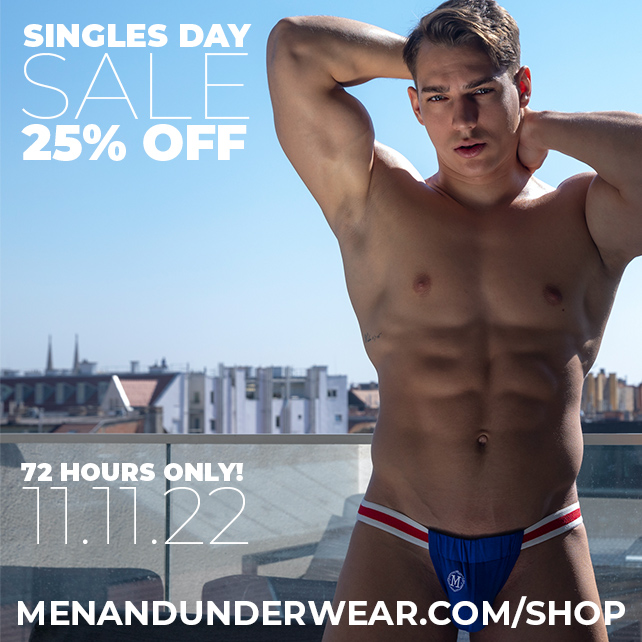