Greek men’s underwear brand Modus Vivendi has just released a new line of men’s basics called Broaded line. The line comprises briefs, boxer briefs, jockstraps, tank tops and tees in three colours: black, red and blue. The popular european label has created this line as its new basics; underwear that you can wear anywhere. Some of the main features of this line are the super soft (ribbed cotton) fabric, the contour pouch and a waistband covered with the same fabric. The designs look really very nice and are nicely decorated with a label stitched in the middle of the waistband. Modus Vivendi seems to have taken basics to a new level offering underwear that look familiar but fresh at the same time.

The campaign of the Broaded line by Modus Vivendi was photographed in Southern France and it’s olive tree fields near Aix-en-Provence. The two models you see posing in the new designs below are Jess Vill and Tony Model Fr. The campaign is sexy and masculine just like the new underwear of the brand. 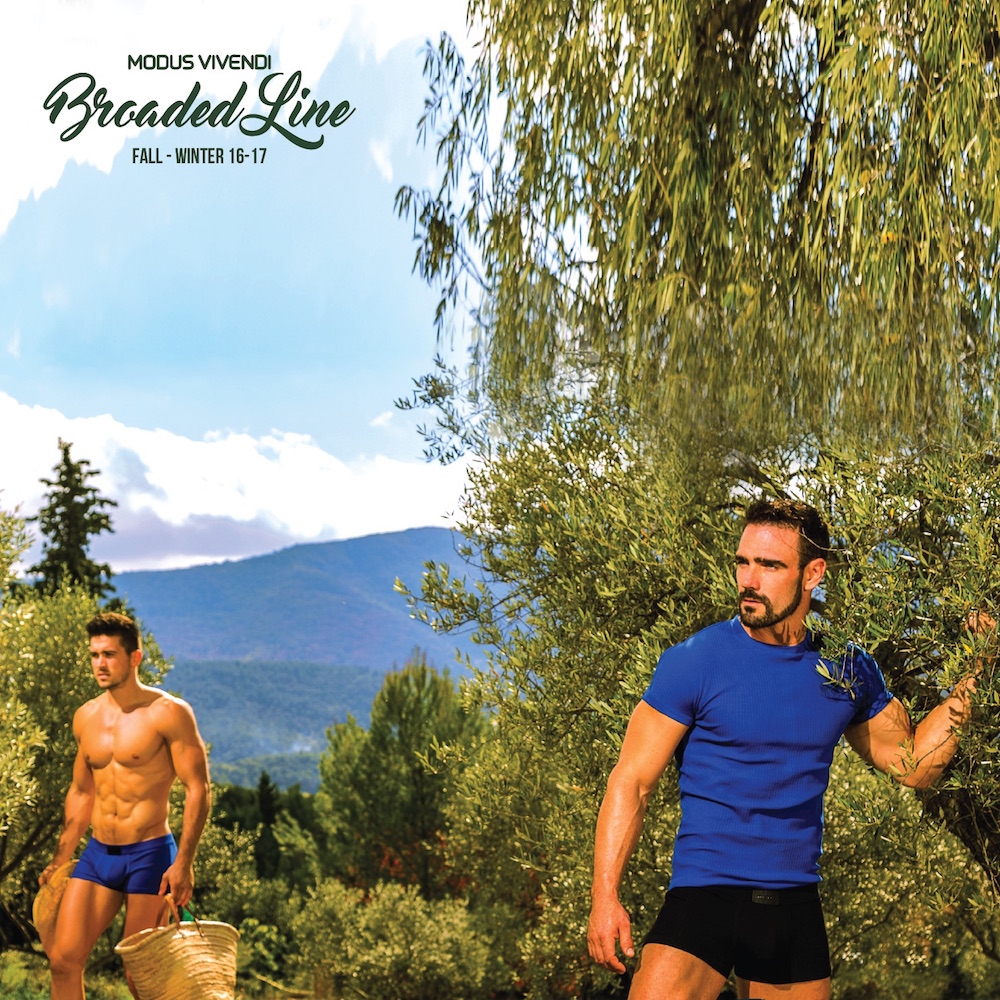 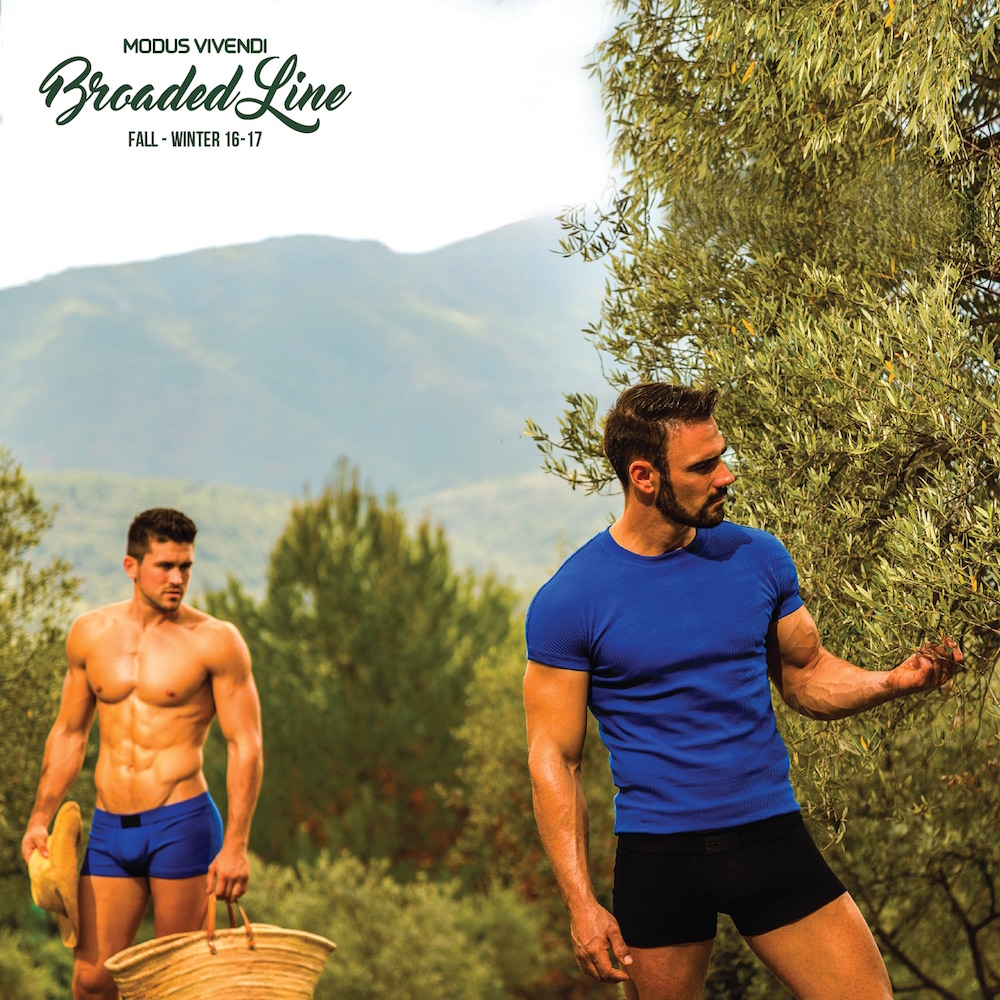 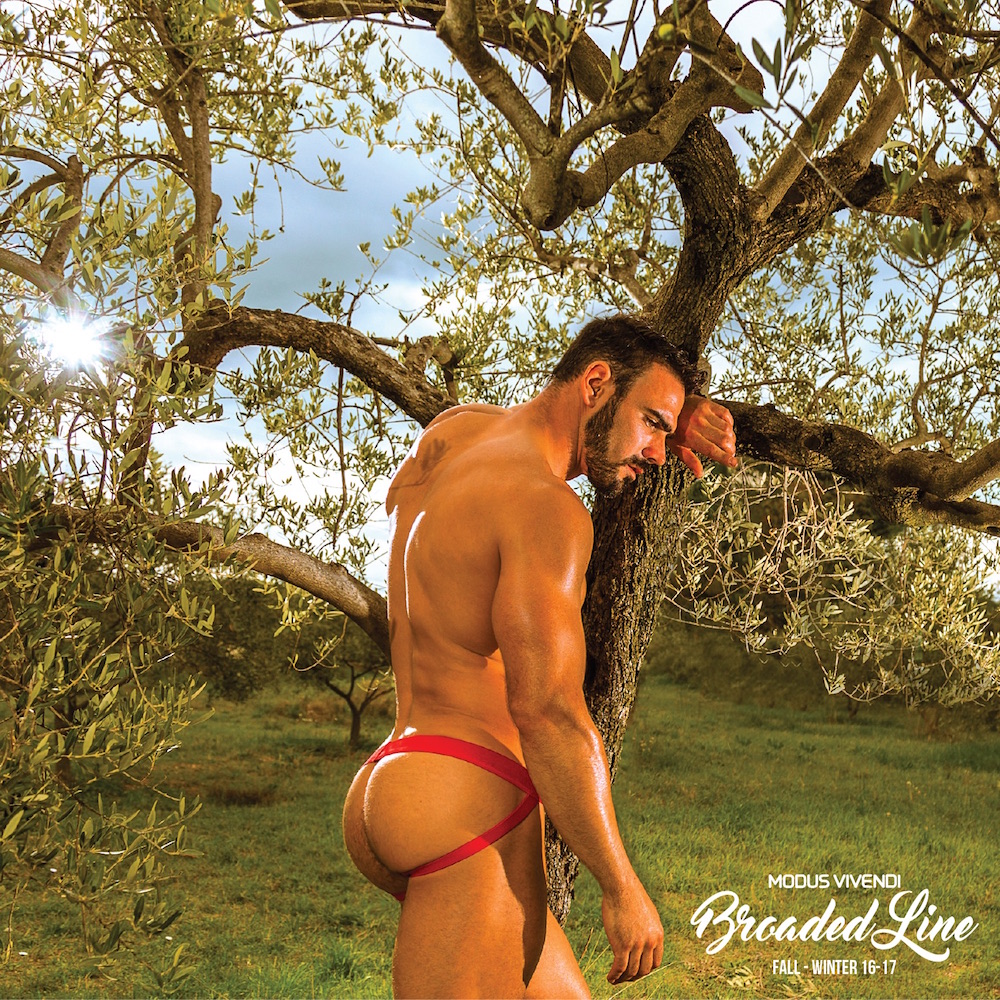 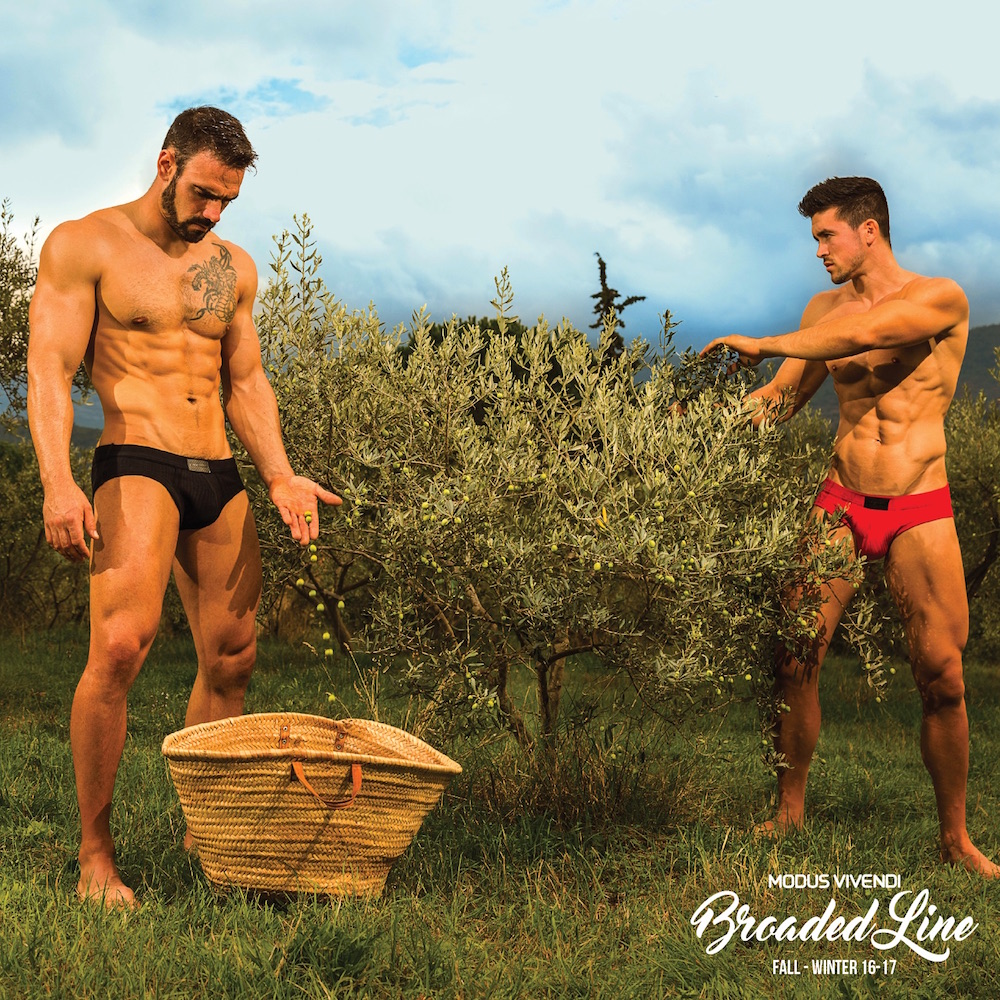 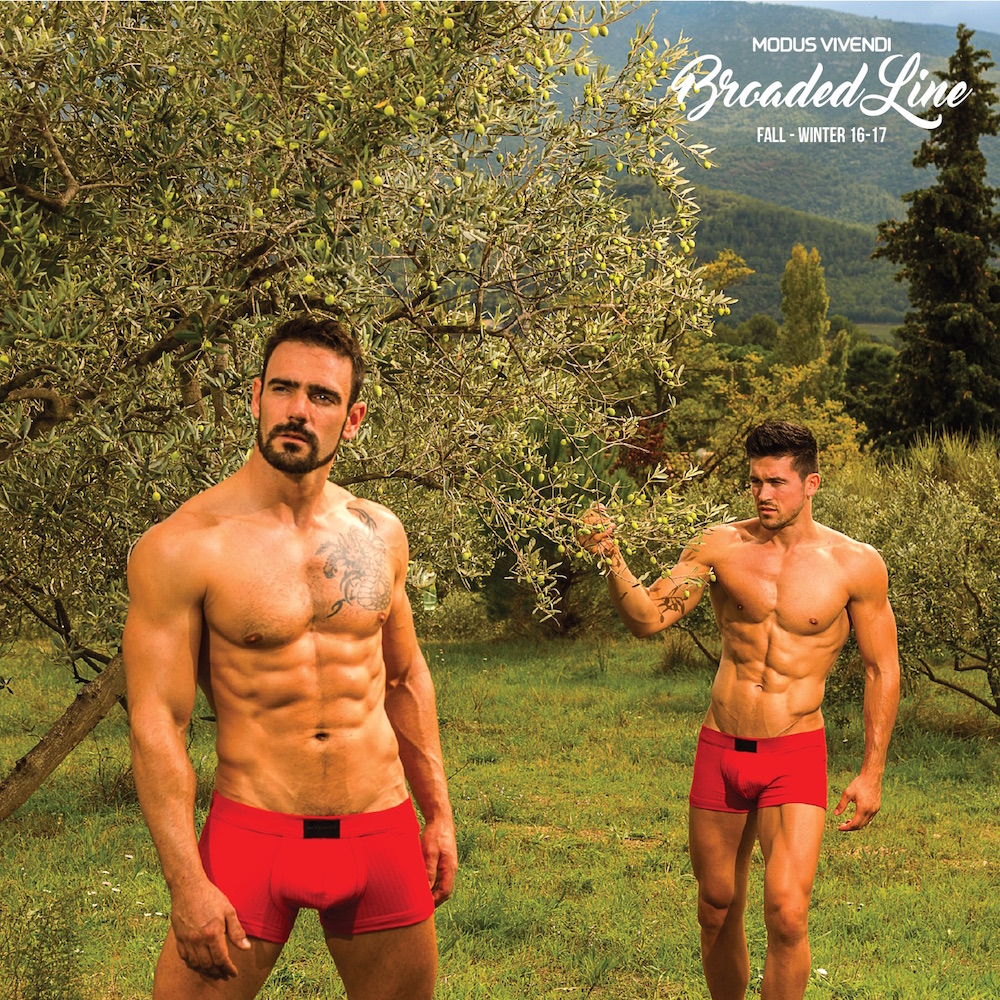 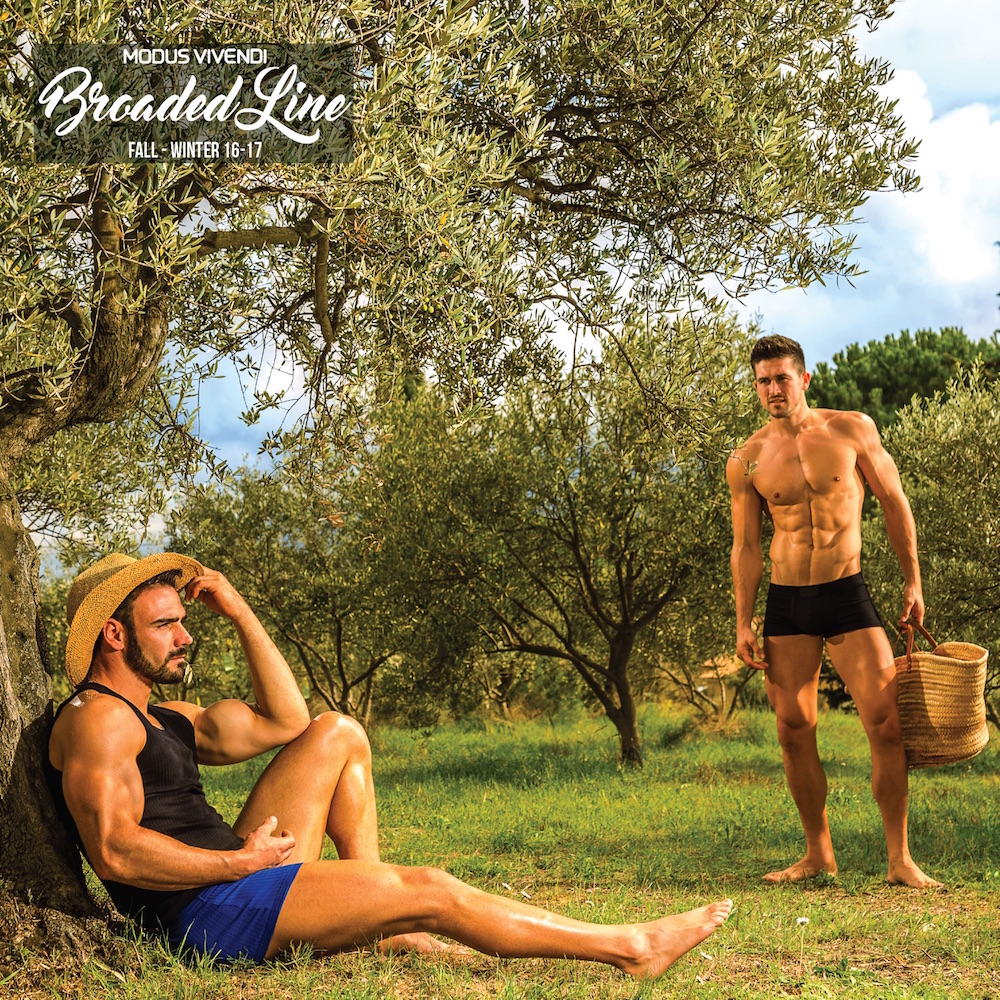 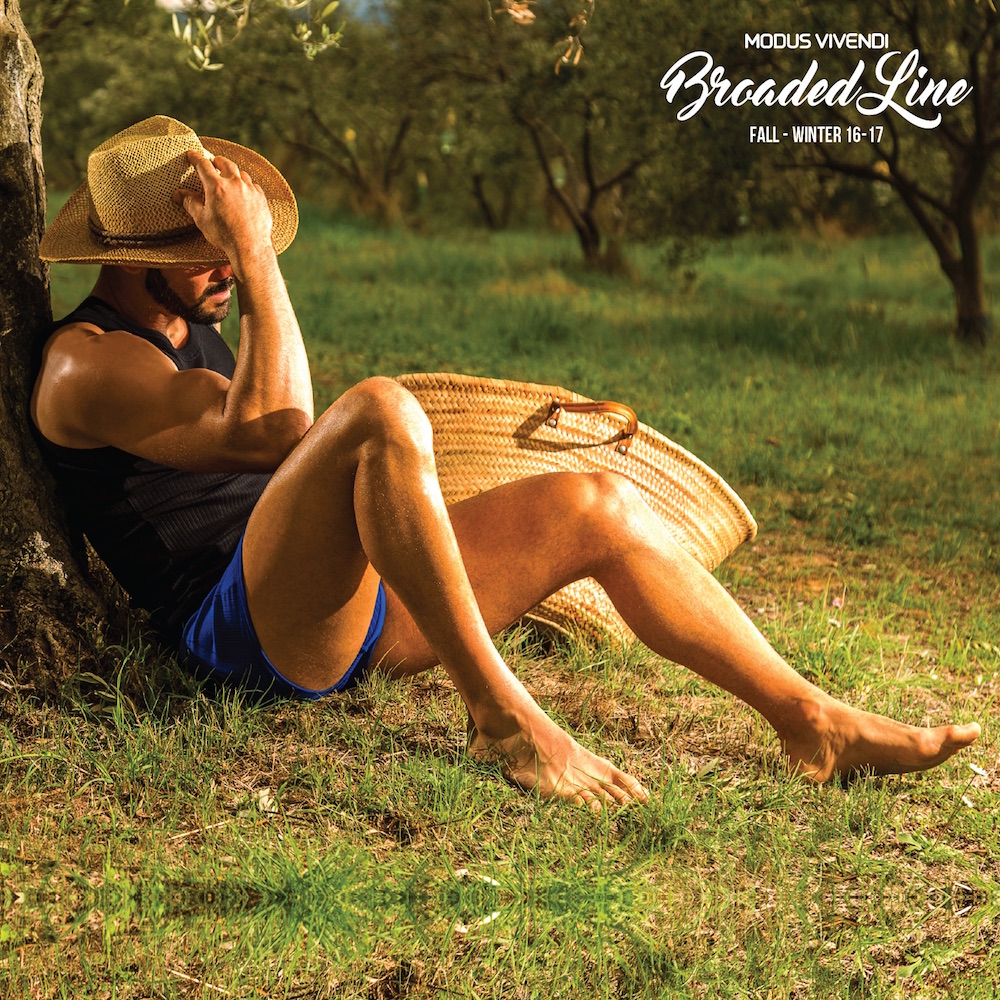