ADDICTED underwear has released their latest collection for the autumn/winter 2014 season. The brand has expanded on its current offering with breathable mesh materials, jacquard stripes, knee length legs, tie-up fronts, contrast stripe and racing stripe designs. There have also been some additional new colour options for their current bestsellers. ADDICTED have stayed true to their Spanish roots, using bold and vibrant colours with contrast trims and large branded low-rise waistbands. Read below a few information about the new lines (with images from the new styles) with links to the special section for each collection at Vocla.com 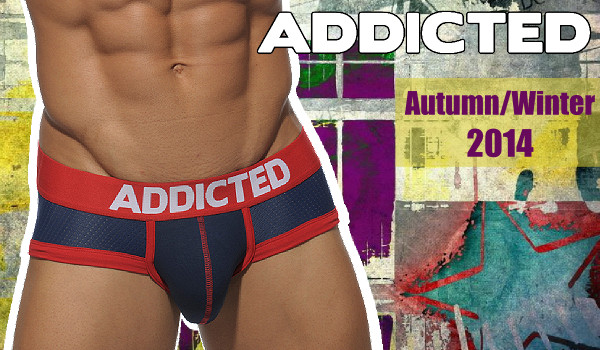 The ADDICTED Contrast Stripe brief has a stretch cotton body with a large front stripe, small sporty side stripes and contrast trims. 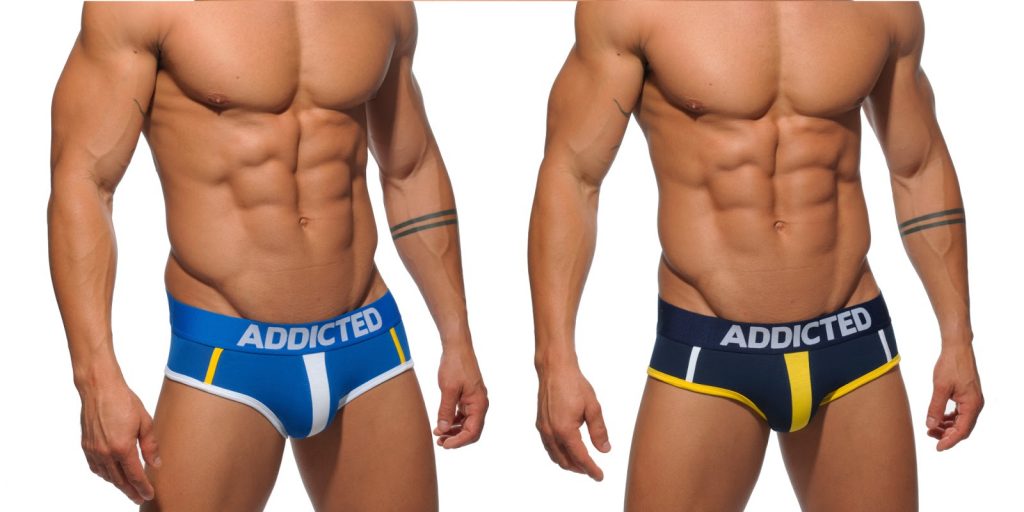 The new ADDICTED V Bottomless styles are available as a boxer or brief and have a back window and a stretch cotton body with coloured trims. 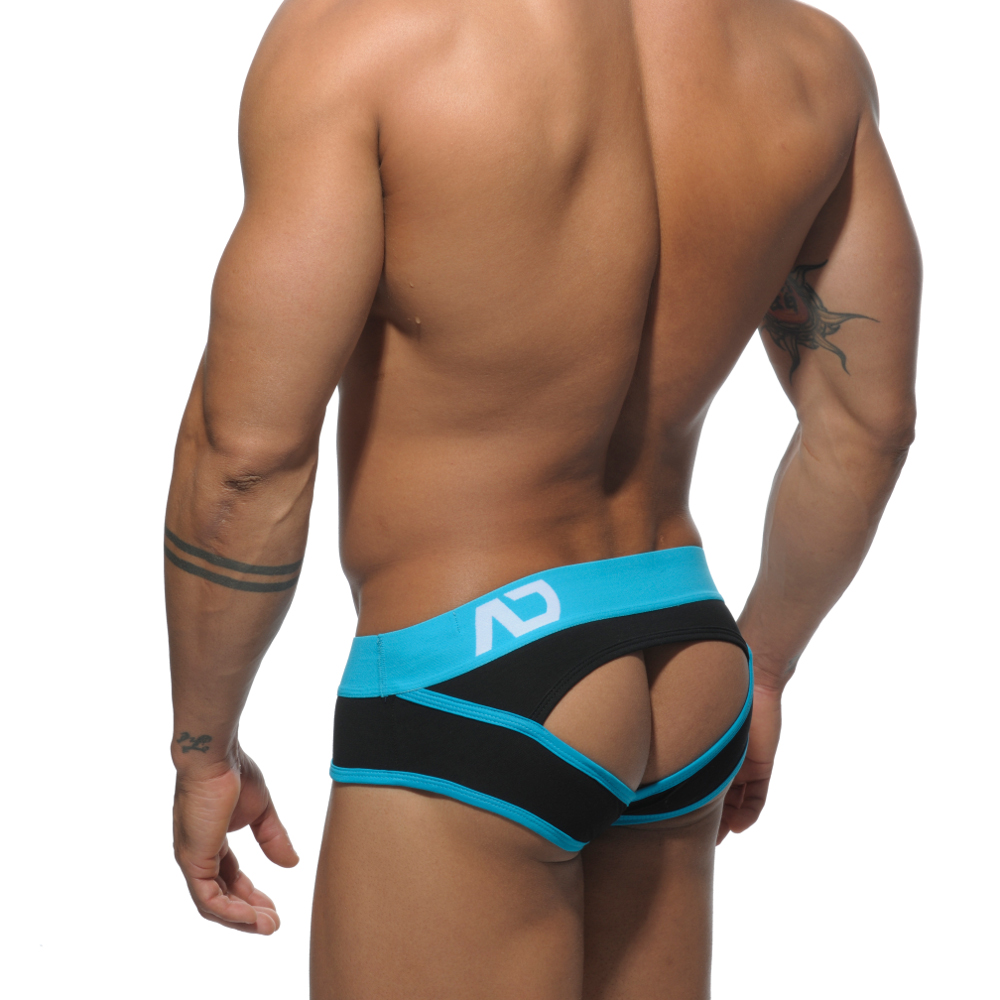 The ADDICTED Racing Stripe brief and boxer have a breathable mesh body with a back racing stripe and number ‘76’ print. 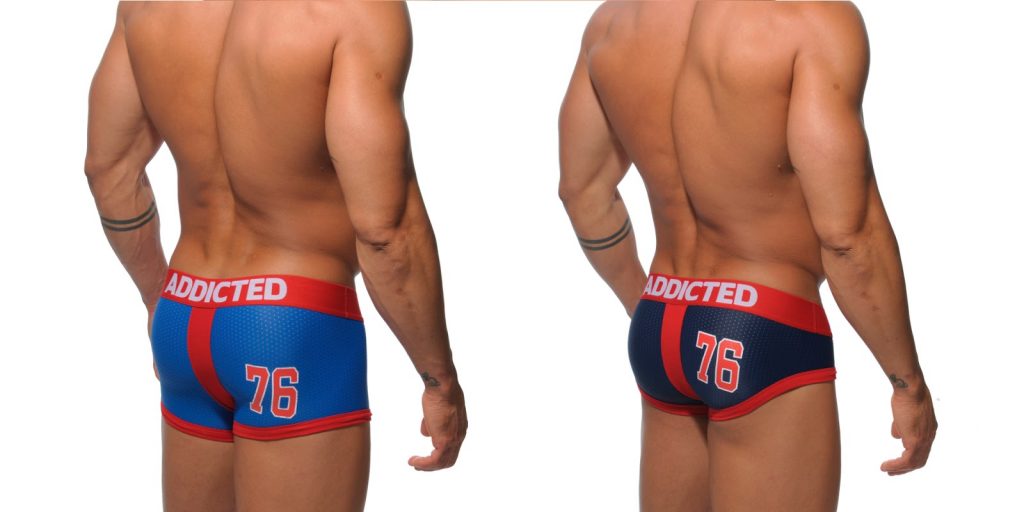 The ADDICTED Jacquard Stripe styles include a boxer, brief and jockstrap with thin coloured jacquard stripes and contrast trims and waistband.