Search
Home
Men and Underwear
Hello dear readers! Today we have something different o show you. It comes from one of our favourite male underwear brands, Garcon Model. The brand is based in Canada and it creates some amazing pairs of male underwear. We have tried one of their pairs just a few days ago (review to be released very soon) and we totally loved it!
Lets explain the headline of this post though The brand has started a campaign on Kickstarter but instead of raising money for their next collection Garcon Model is putting you, the customer, in charge of the selection of their next underwear designs. Every pledger will have the opportunity to vote for their favourite designs, cuts and colour combinations, with the most popular styles to become the brand’s next collection.
With the conclusion of the manufacturing of the collection (estimated February 2014) the campaign’s supporters will receive the coupon codes to redeem the rewards.
The campaign has started on the 6th of December and in just a few days it has reached 160% of its goal. In plain words, it is successful already. Why don’t you have a look (if you haven’t done already) here
We have seen quite a few new underwear brands taking the road of crowd funding in order to generate the money needed for manufacturing. This one is different though as the brand’s main purpose it to basically urge their customers to decide the brand’s second collection offering a good value for money deal (see chart below). 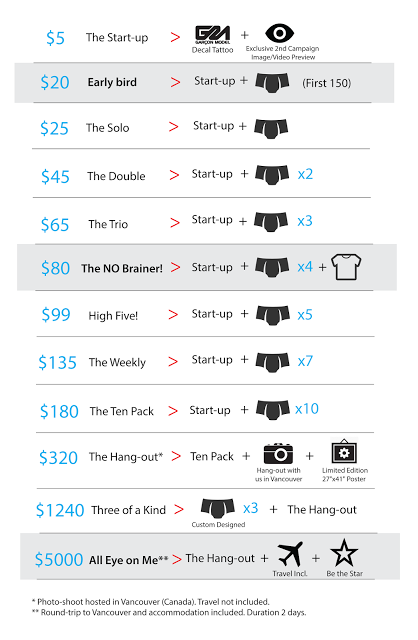 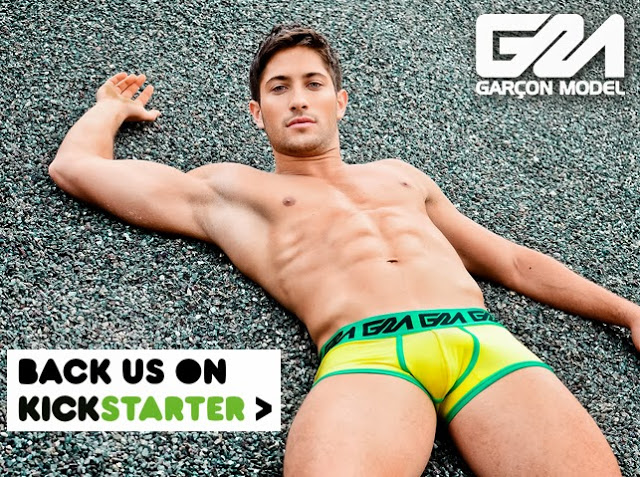 The question is, would you participate in Garcon Model’s Kickstarter campaign? Also, would you like to see more male underwear brands taking the road of asking their customers to decide what should and should not be in their next collections?