Search
Home
Men and Underwear
When The Hunger Games: Catching Fire hits theaters on November 22, the sequel’s action sequences won’t be the only thing that’s flaming hot; former International Jock underwear model Alan Ritchson (as Gloss) will be sizzling on-screen in his skin-tight body suit.
Before his acting career took off with roles on Blue Mountain State, 90210, and Smallville, Ritchson flaunted his toned muscles on International Jock, one of internet’s largest and most respected men’s underwear retailer. Ritchson wore everything from James Tudor briefs and jocks to Speedo swimsuits so he was more than comfortable in his sexy costume for Catching Fire. “We walked out there in boxer-briefs,” Ritchson told E! Online, “but they were like, ‘You can see everything underneath that. You need to put on this thong, dance-belt kind of thing.'”

Ritchson will also be starring as Raphael in the upcoming Teenage Mutant Ninja Turtles flick and while he may be today’s hottest underwear model-turned-actor, Ritchson isn’t the only one. Located near Hollywood, International Jock has a talent for discovering up-and-coming handsome male models and actors. In addition to tapping the talents of Alan Ritchson early-on, the pages of International Jock have also spotlighted the sculpted bodies and fresh faces of Justin Gaston (Nashville Star, Game Change), Justin Deeley (90210, Drop Dead Diva), Jay Byars (Survivor), Rob Wilson (The Price is Right) internationally-recognized fitness expert James Ellis (WBFF World Champion, Ellen) and more. Now if we can only get Ritchson to take off that pesky wetsuit… 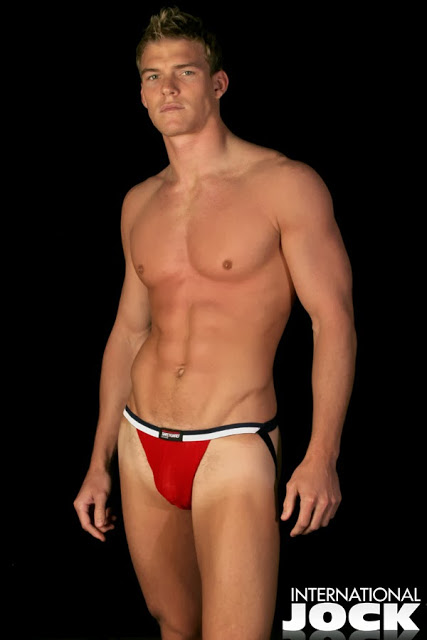 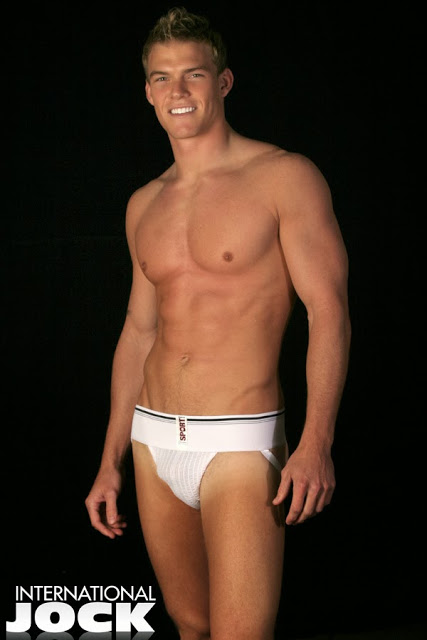 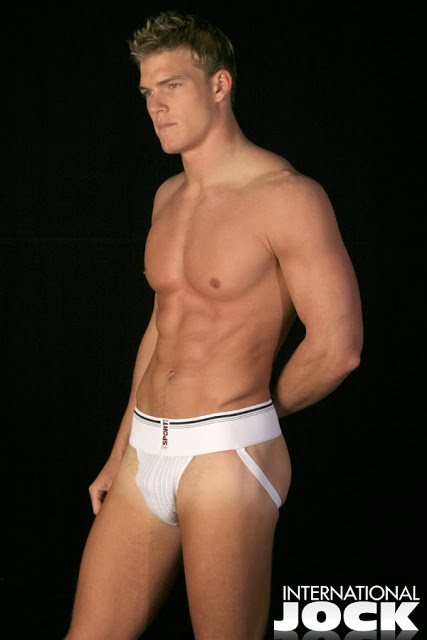 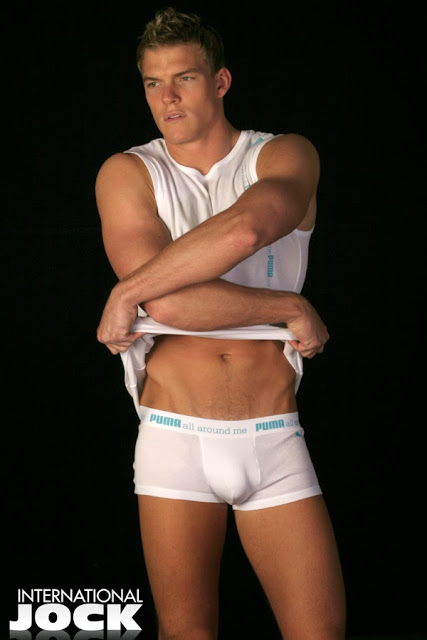 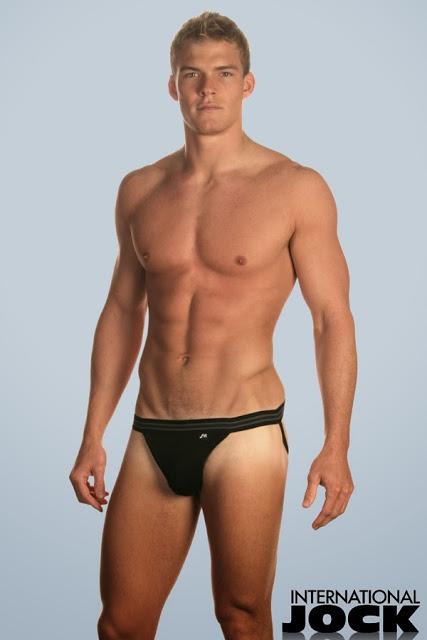 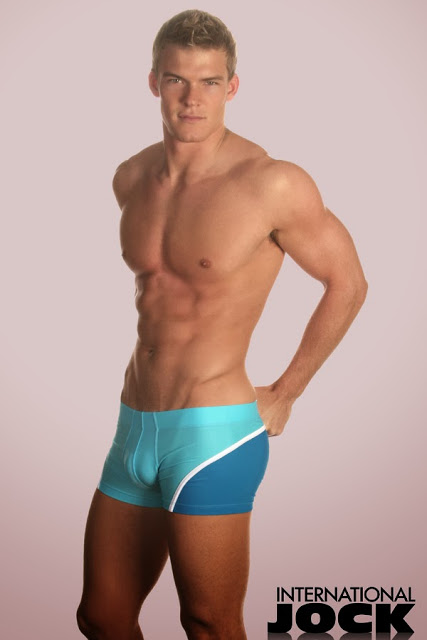 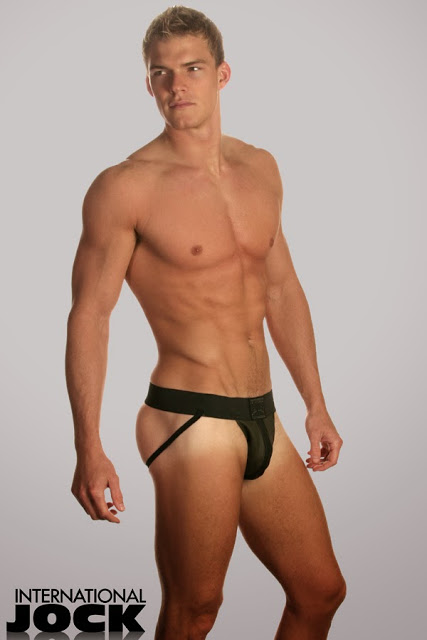 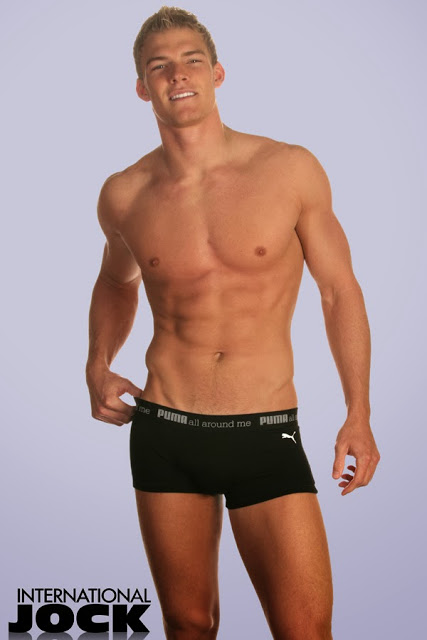 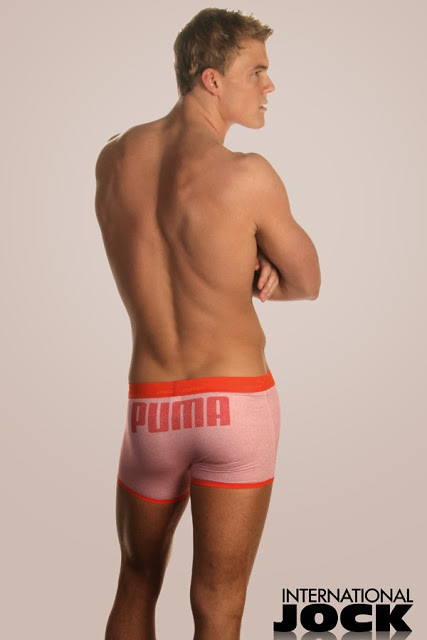 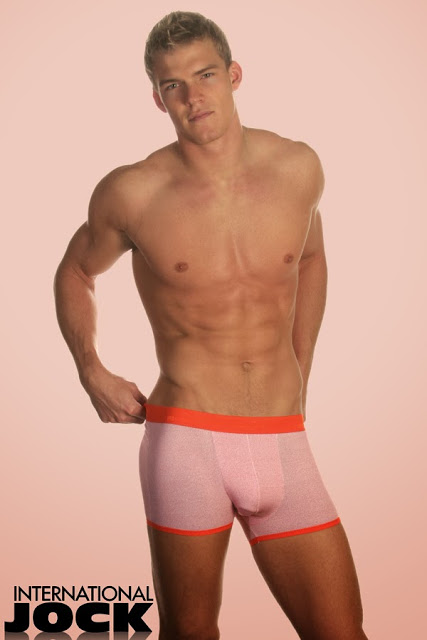 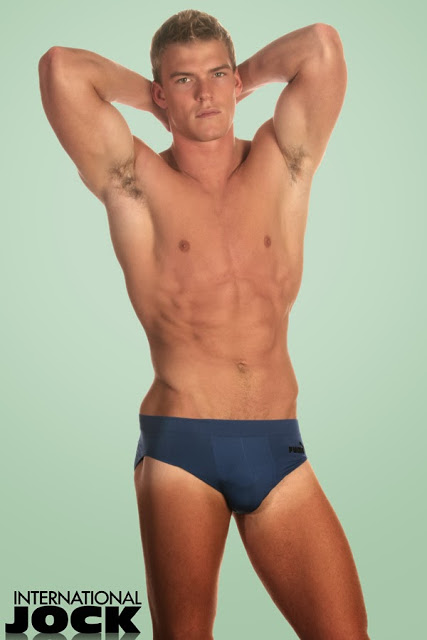 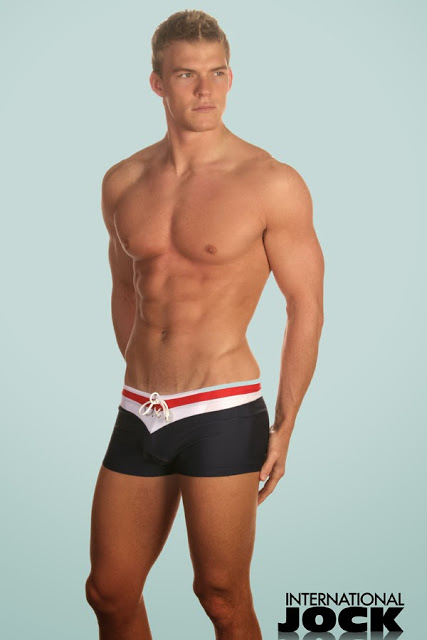 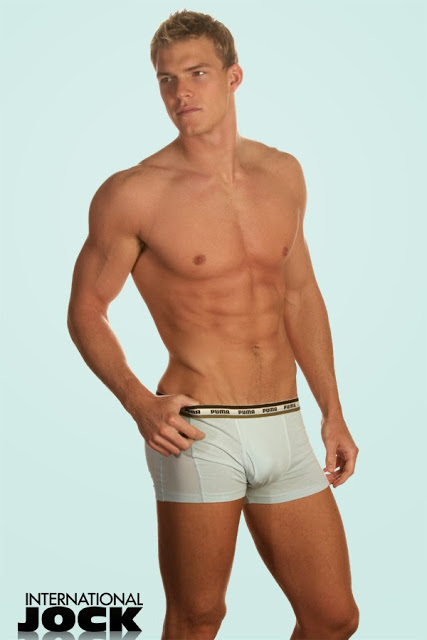 A few words about International Jock

Established in 2000 and based in Los Angeles, California, International Jock focuses on premium quality merchandise from America and across the globe. Since its establishment, the company has become the largest and most successful men’s underwear and swimwear specialist on the Internet. International Jock also carries athletic wear, loungewear and denim in their vast collection, offering everything from major brands to rare novelty items.

A big “thank you” to the guys at International Jock for sending us pictures and information.