With a limited edition, new men’s underwear line made from lace, Modus Vivendi, is marking the transition from a stunning Spring-Summer 2016 collection to its upcoming Fall-Winter 2016-2017. The new line is called Lacenet and is made from two, made in Italy, semi transparent and incredibly sexy fabrics. The Modus Vivendi Lacenet line comprises low cut briefs, backless briefs and brazil cut boxers. The creative Greek brand offers this underwear in two different fabrics, black and white, each in an original floral pattern combined with a matching, dense fishnet, waist with enough elasticity to keep the garment firmly in place. The underwear is handcrafted and contoured to fit perfectly the male form.

The conceptual campaign takes inspiration from the Greek mythology and one of the mythical Titans, Atlas. Atlas is a symbol of masculinity, strength and endurance, condemned to carry the sky on his shoulders for eternity. Model Theodoros Karvouniaris is seen carrying a world made of lace, a nice play on the endurance of the specific fabric and the masculine styling of MOdus Vivendi’s Lacenet line. The photo shoot took place in the studio of Modus Vivendi in Thessaloniki and was photographed by the talented team of P2Photography. 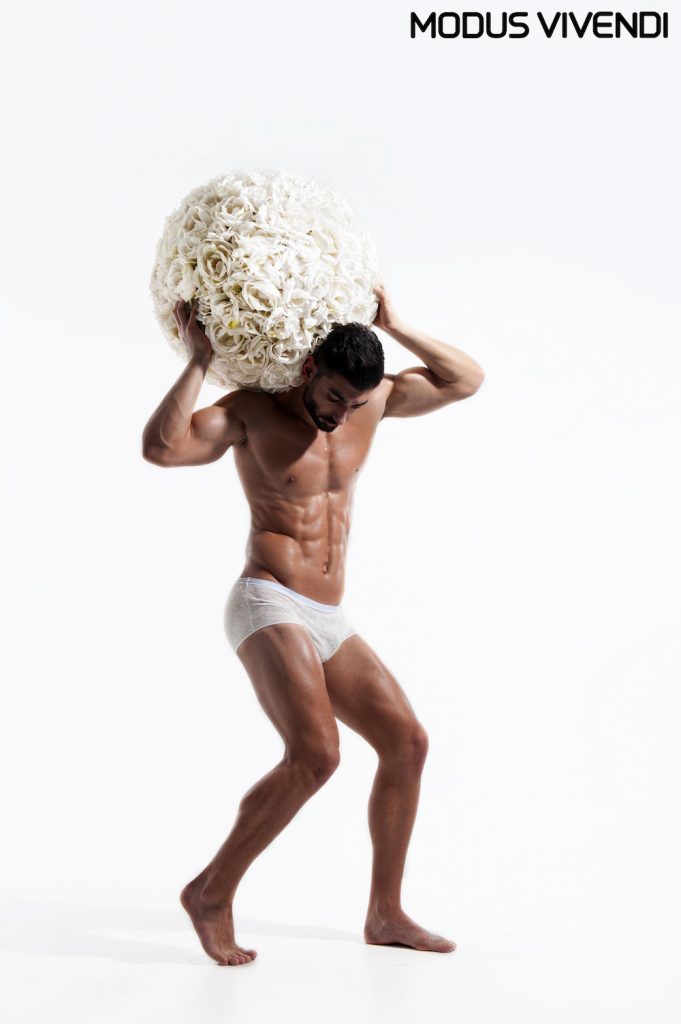 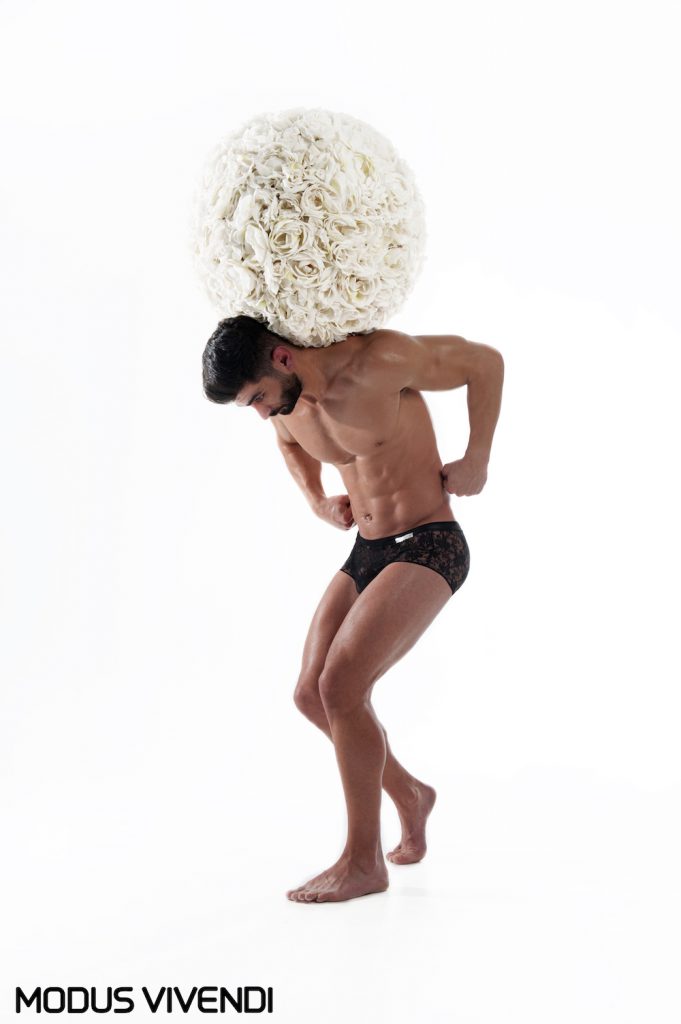 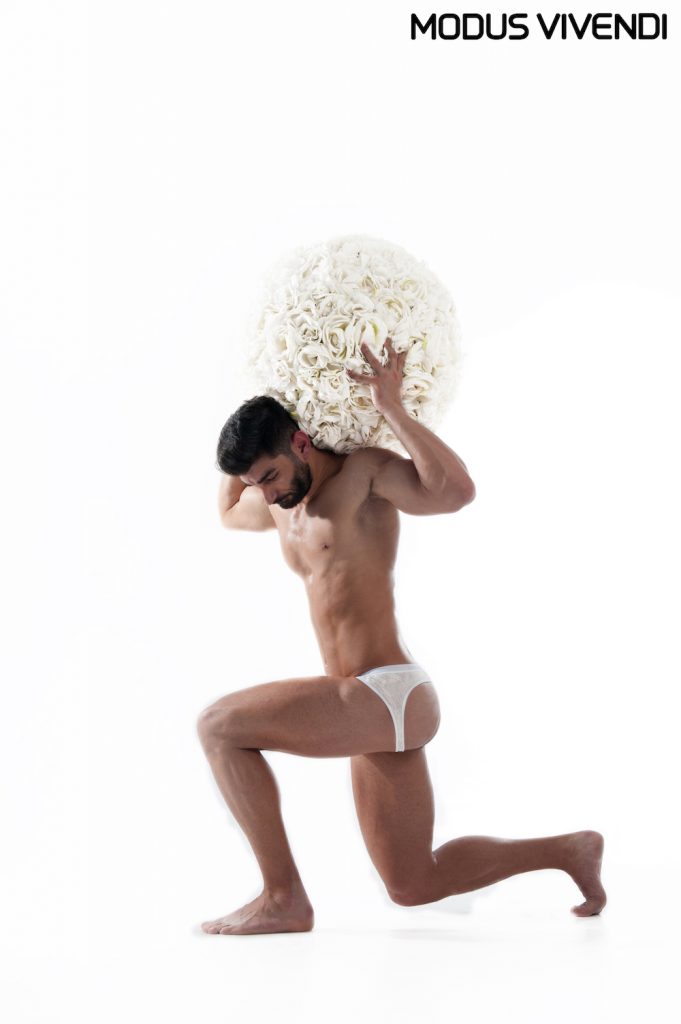 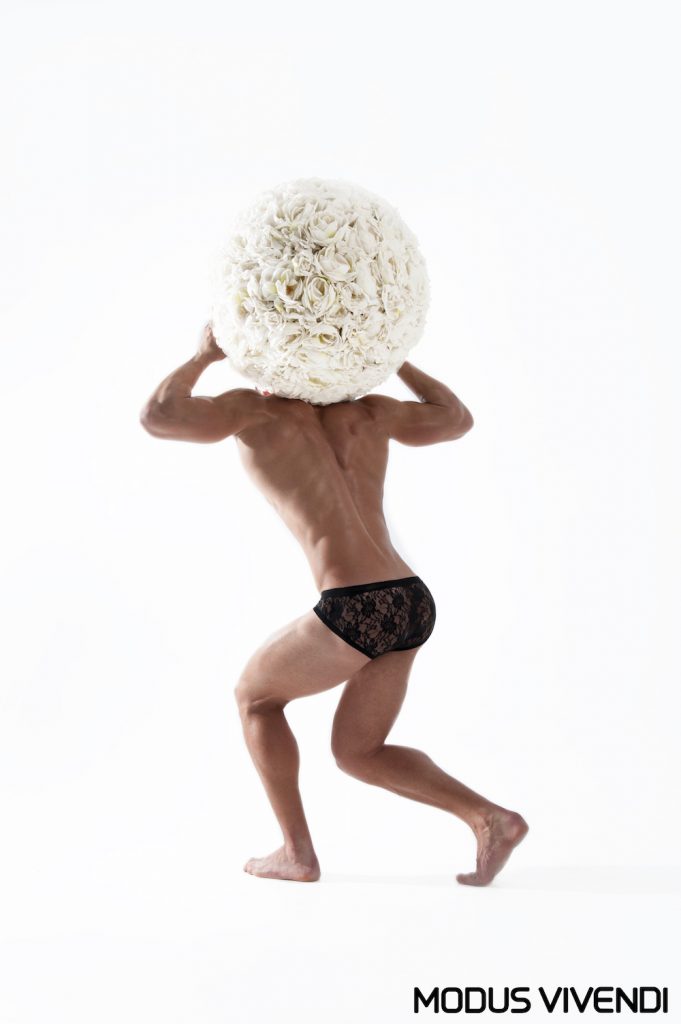 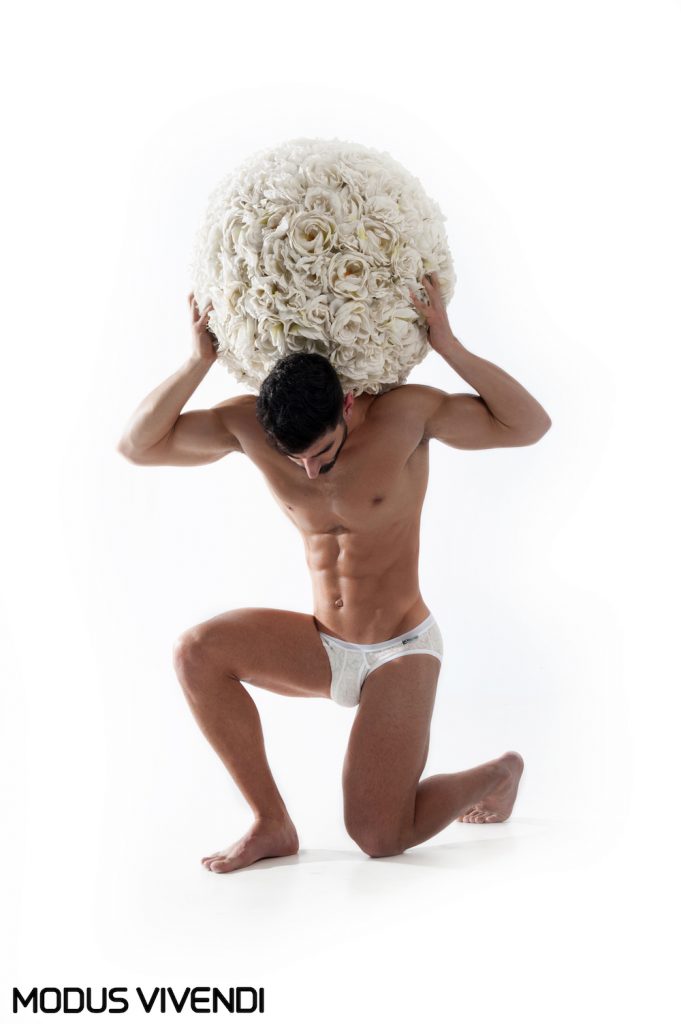