We are happy to show you today the first editorial from photographer Kuros in our online magazine! Kuros is a great photographer living and working in Spain. His work has been published in various magazines around the world, featuring most times great underwear and swimwear. He can work really well in a studio or outdoors, producing great images, commercial and editorial alike. In the photos below he collaborated with model Gabriel Boss. Gabriel was born in Italy and he currently resides in the capital of Spain, Madrid. Apart from being a model with an impressive physique with striking tattoos, he is also an underwear aficionado and loves posing for underwear shoots.

In this editorial Gabriel is seen wearing underwear by Original YEAH and Skull & Bones and swimwear by Dolce & Gabbana, Coticcio and designer Reny Rojas. 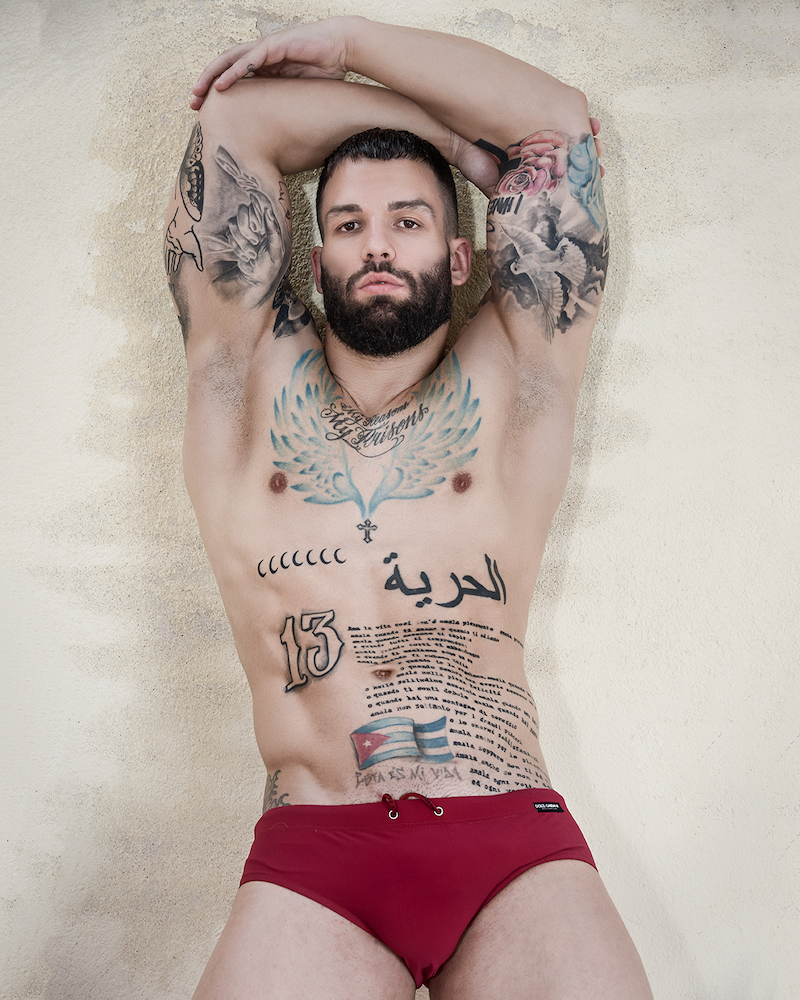 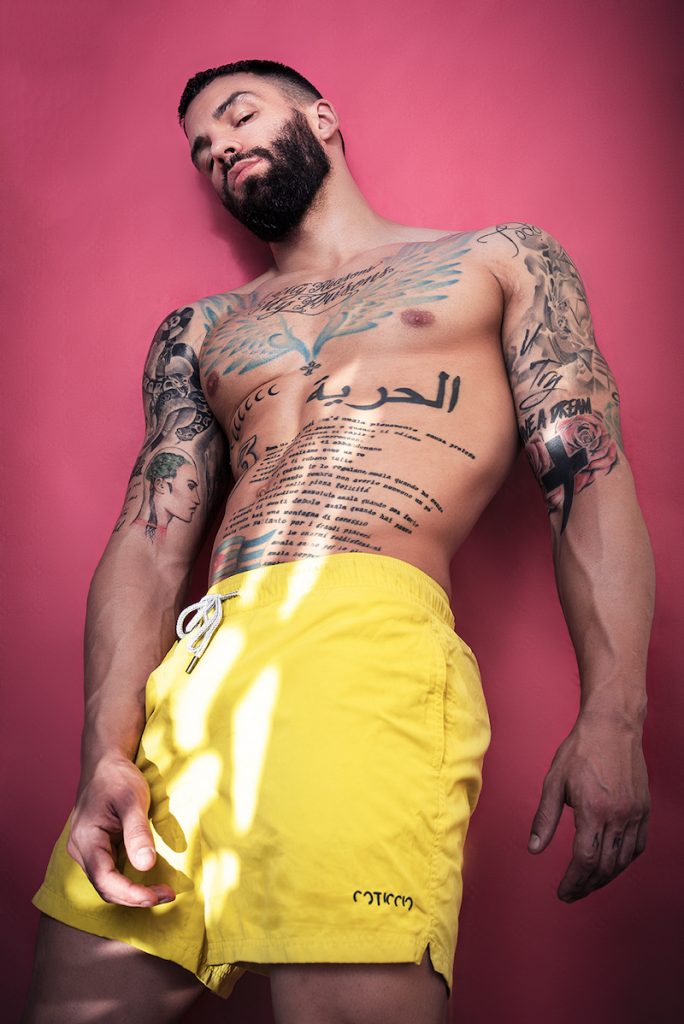 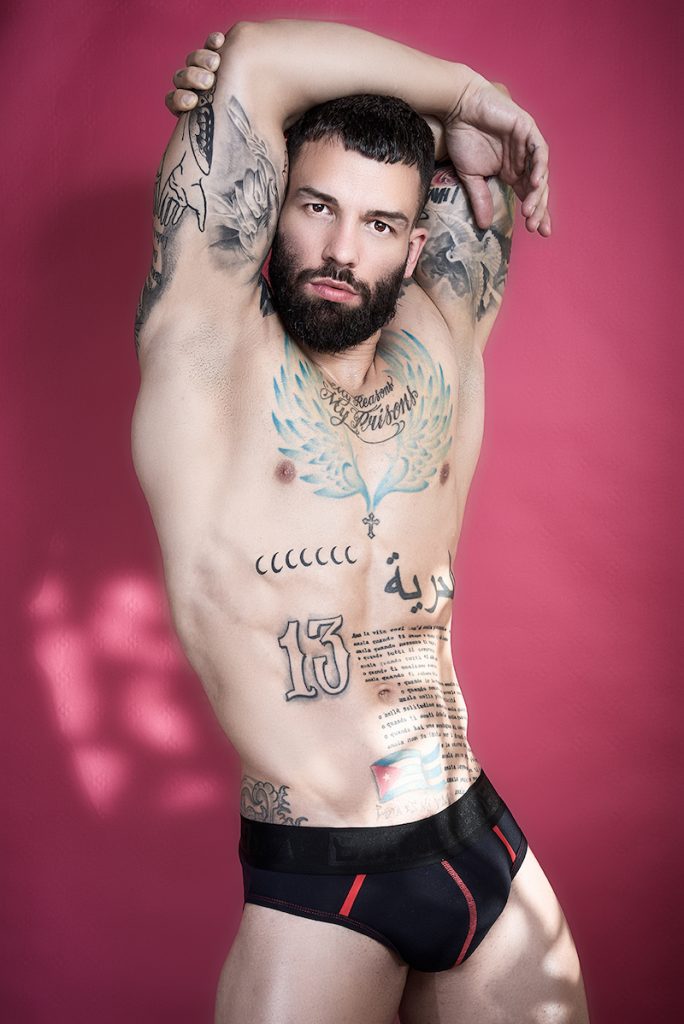 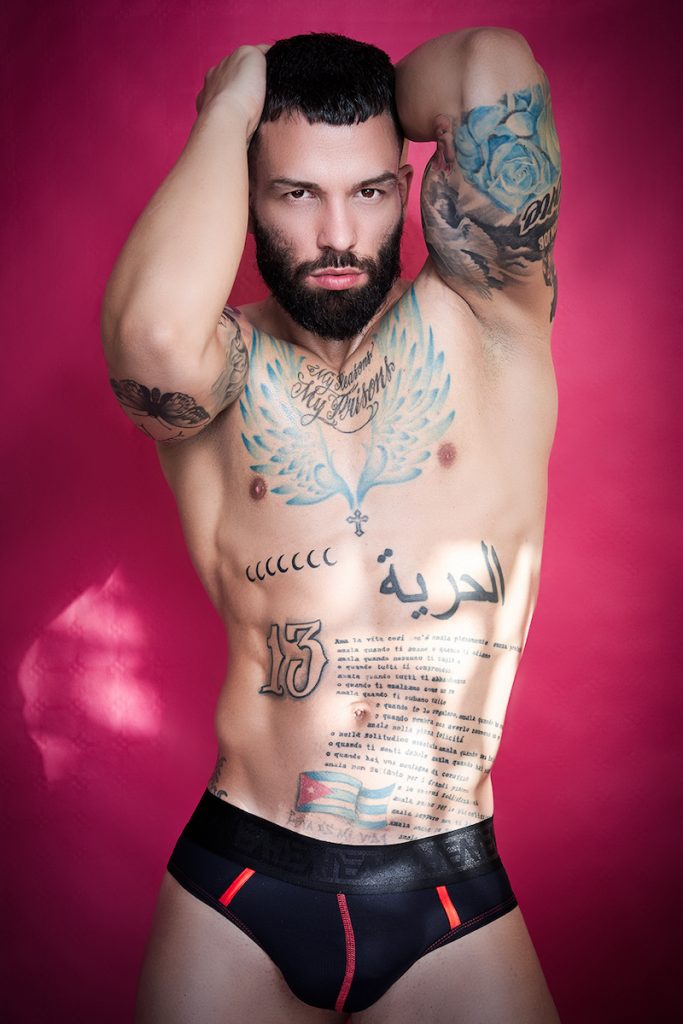 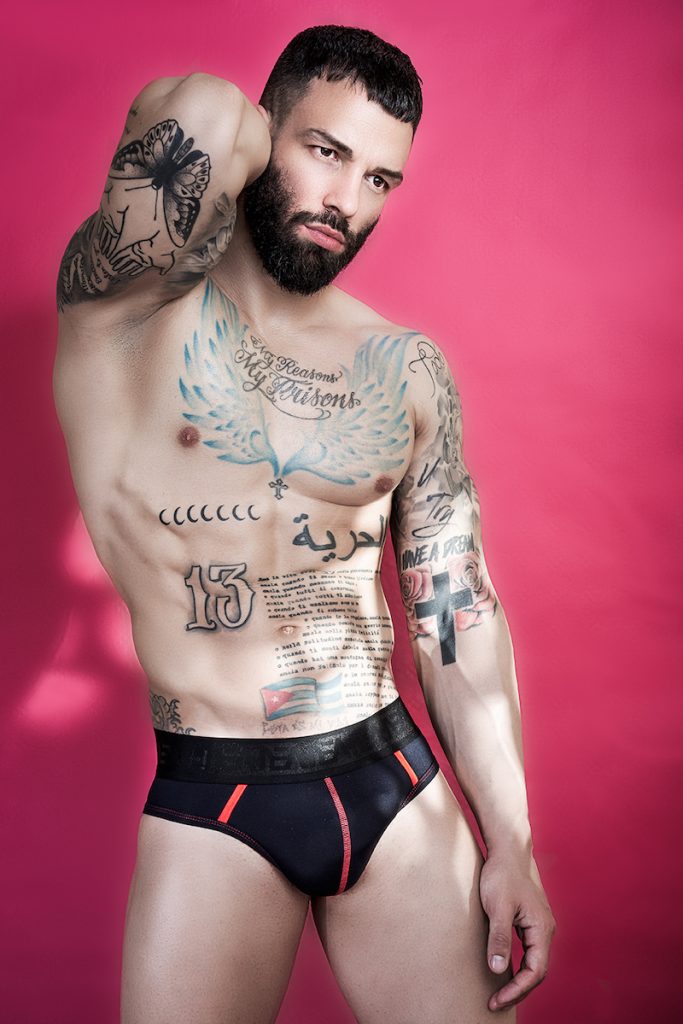 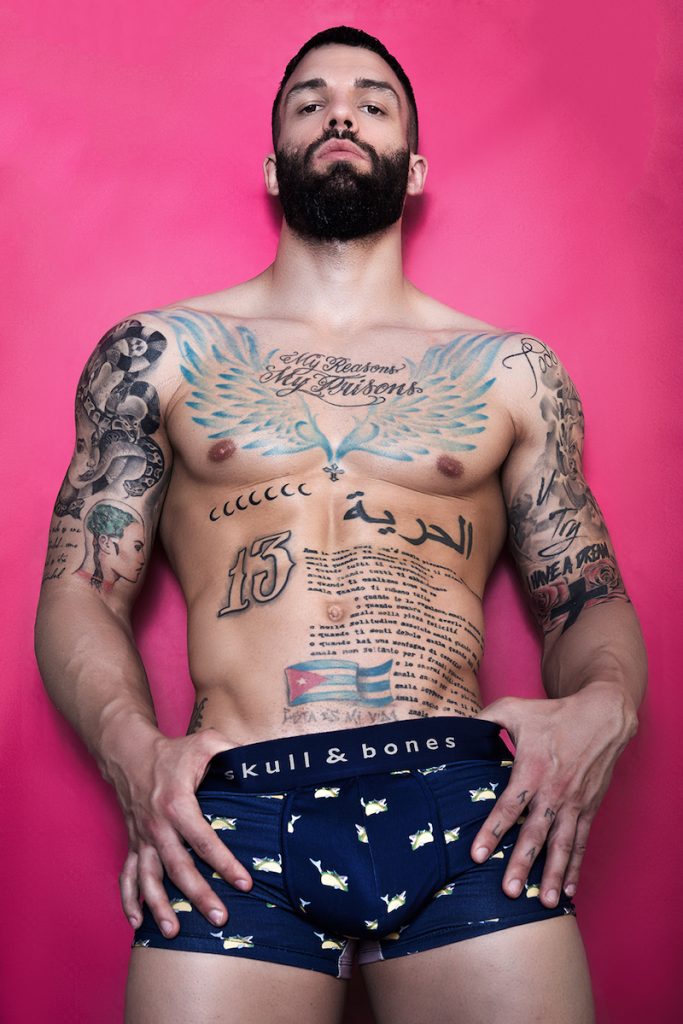