Exactly one year after launching its take on meander waistband design, Greek label Modus Vivendi, revisits a best selling line and releases a new, black edition! Last year it was white and blue (you can see our article about it here) and this year is black with gold accents and white trims.

The Meander line is inspired by Ancient Greek art and features the meander (Greek key) design on the waistband. The black edition comprises briefs, boxer briefs, tanga and a jockstrap.

The brand also released a mini campaign for the promotion of this line with model Christos Katsavochristos posing in the new designs. 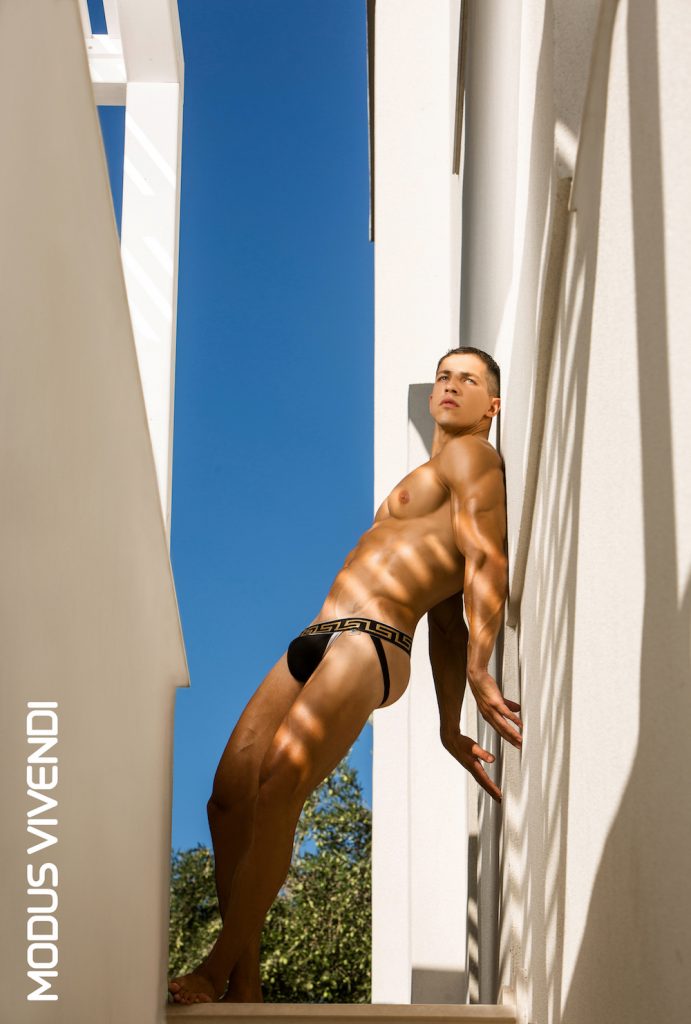 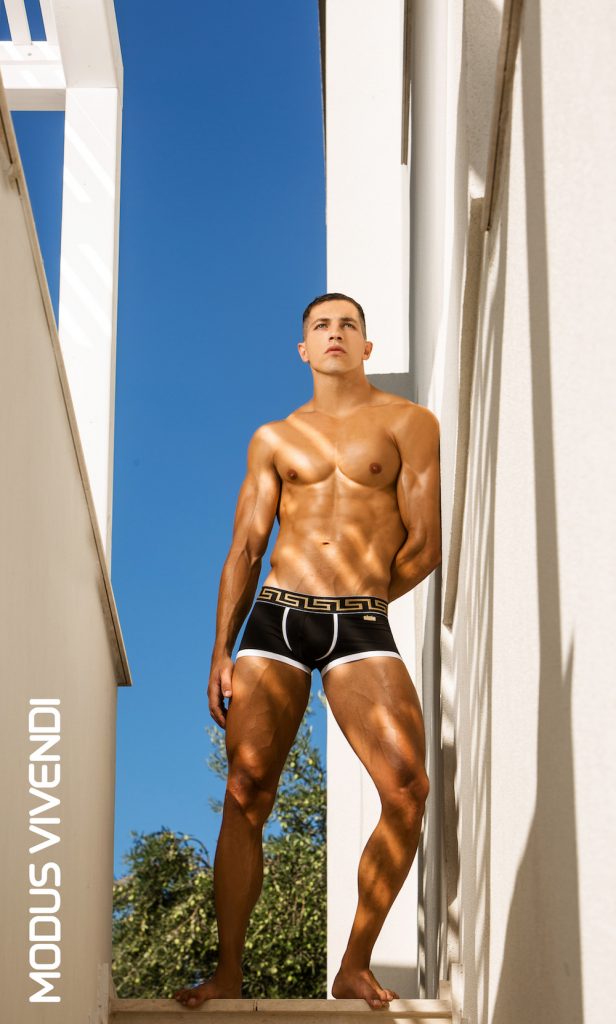