We are happy to show you today one more, beautiful, editorial photographed by Markus Brehm. The talented German photographer presents one of the most popular models in Men and Underwear, Oliver Spedding, posing in a thong by Baldrick Benjamin. Oliver is a man of many talents; Apart from being a great model, he is a singer, actor, footballer and personal trainer. He has been featured three times already in Men and Underwear and one of his photos (again, photographed by Brehm) made it to the top 10 most liked posts on our Instagram. His modelling work has been also published in quite a few other magazines around the world.

Brehm created a nice story with this editorial, playing with the masculinity of his model and the sexy look of the underwear. Thongs have started becoming a very popular style in the men’s underwear industry and more and more men seem to wear it and appreciate the feel of freedom it offers. Oliver is seen posing in a suit to reveal, photo by photo, his blue Abstract Thong by American brand Baldrick Benjamin. The editorial is sensual without being over the top putting all eyes on the model and the underwear he is wearing. Great work by Brehm, as always! 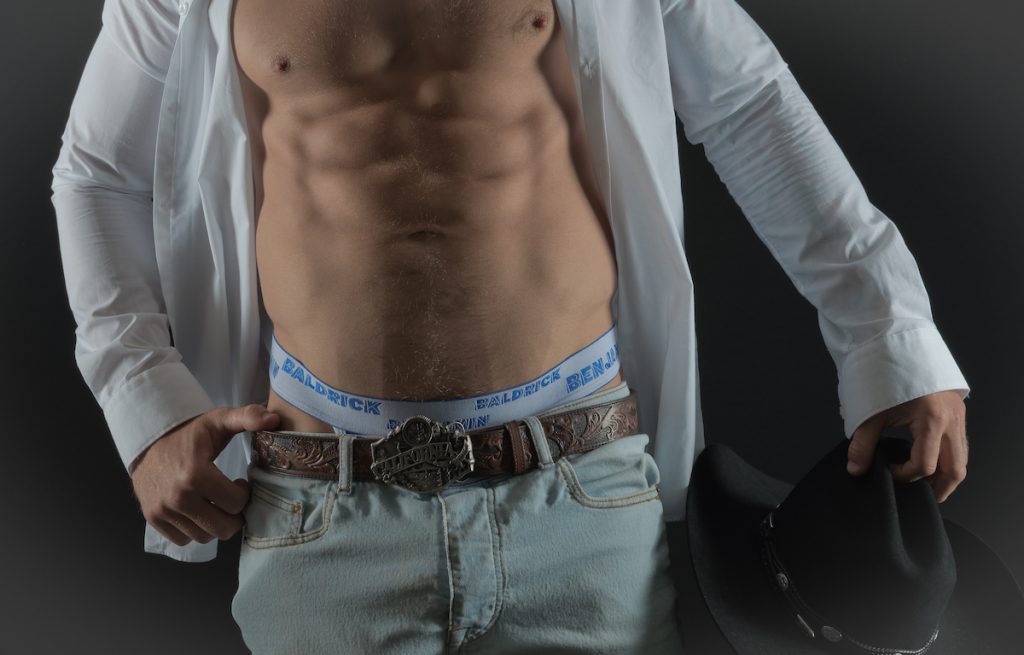 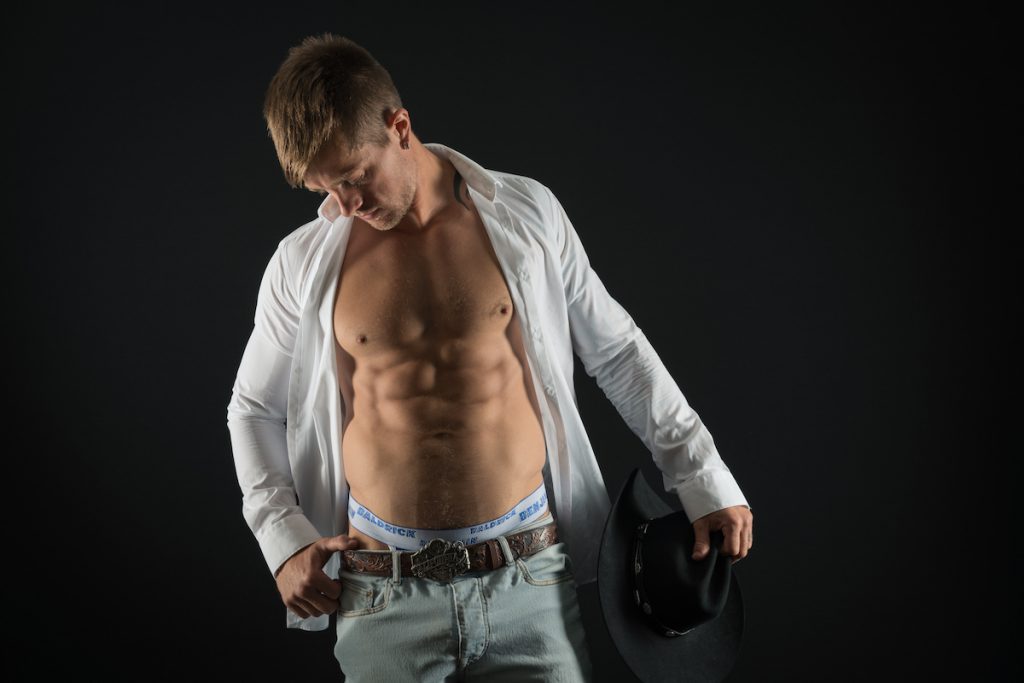 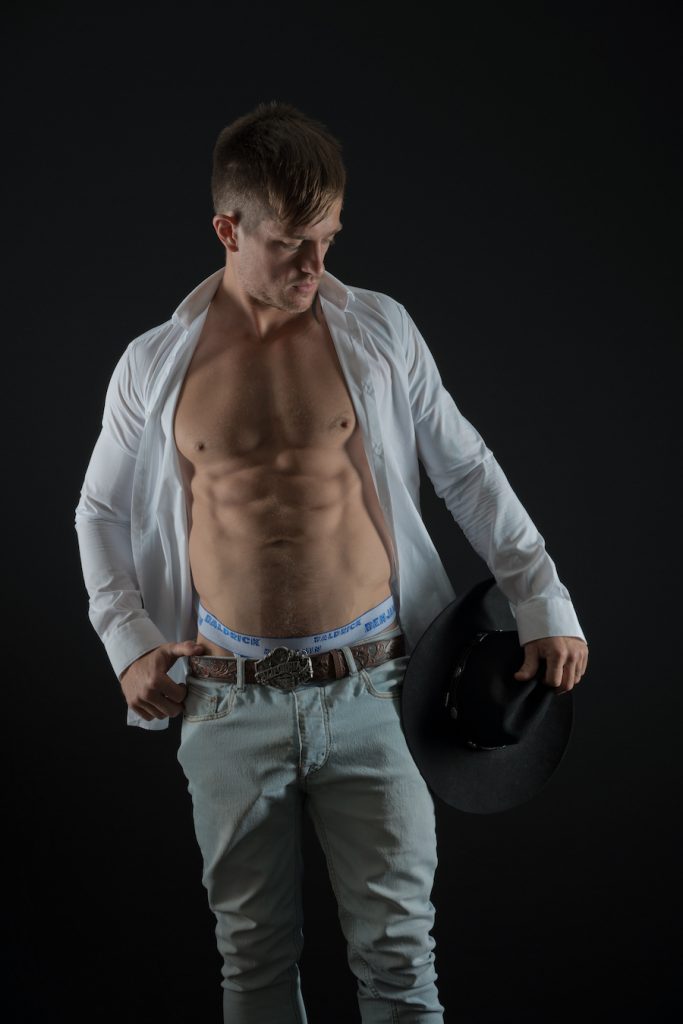 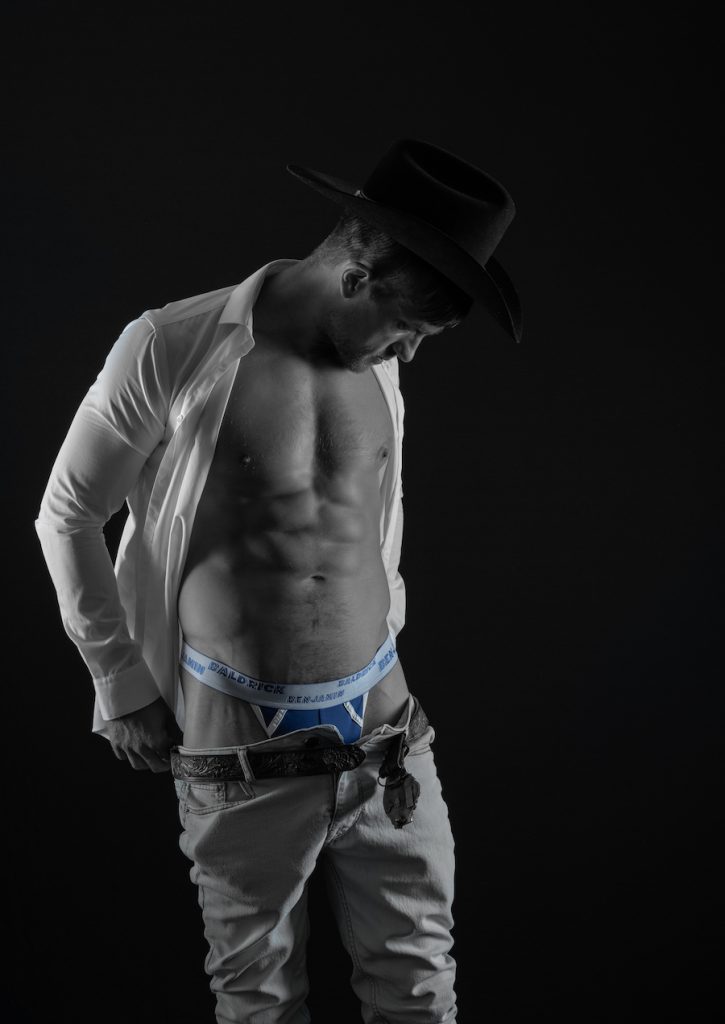 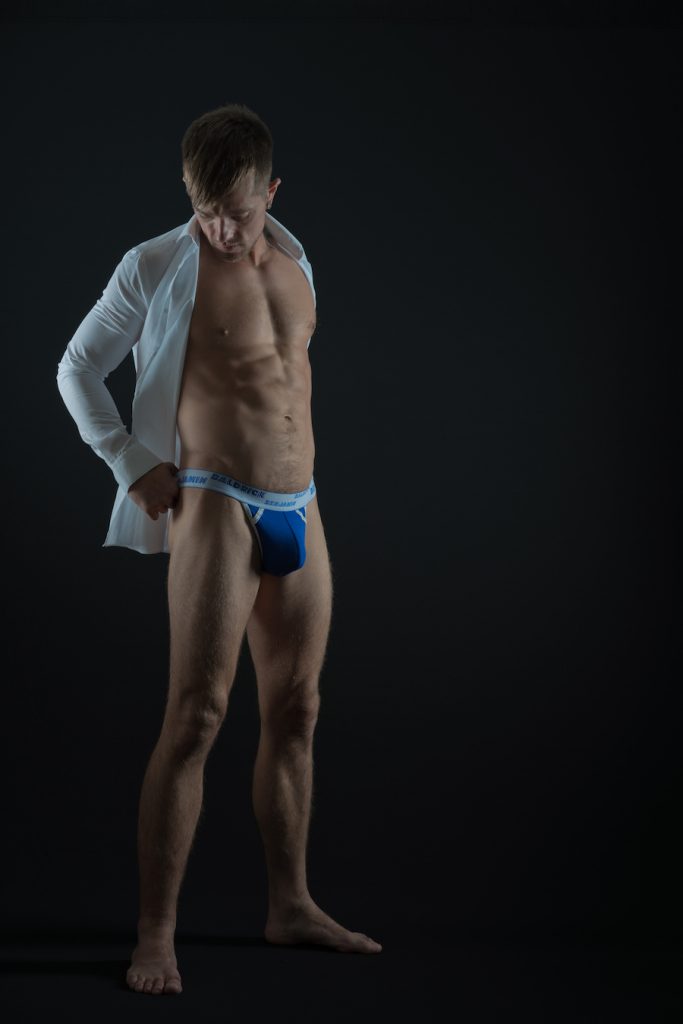 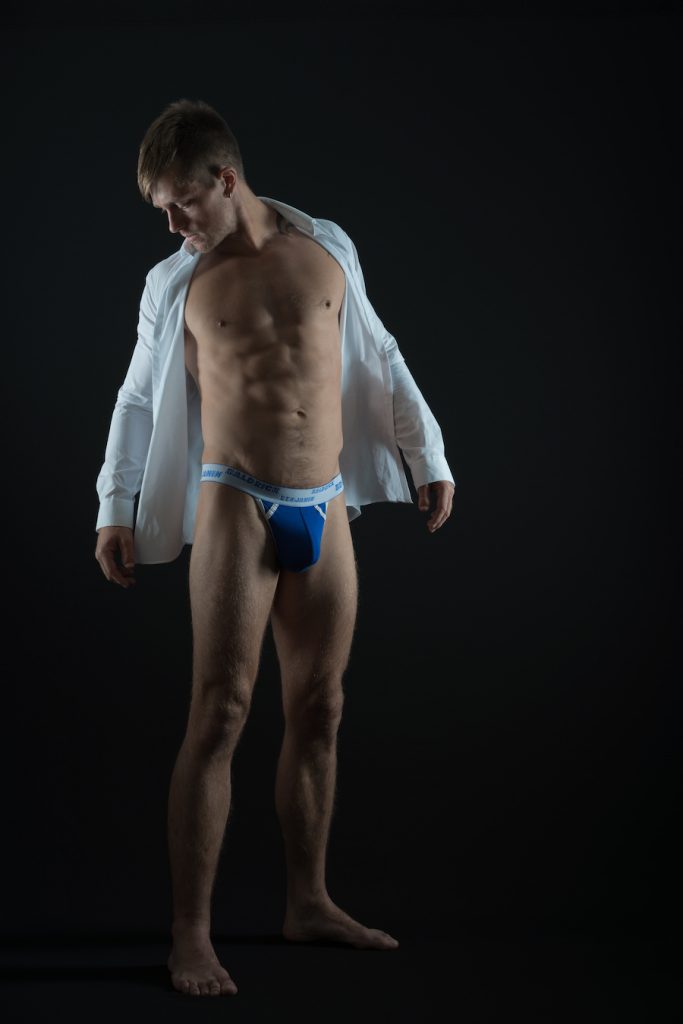 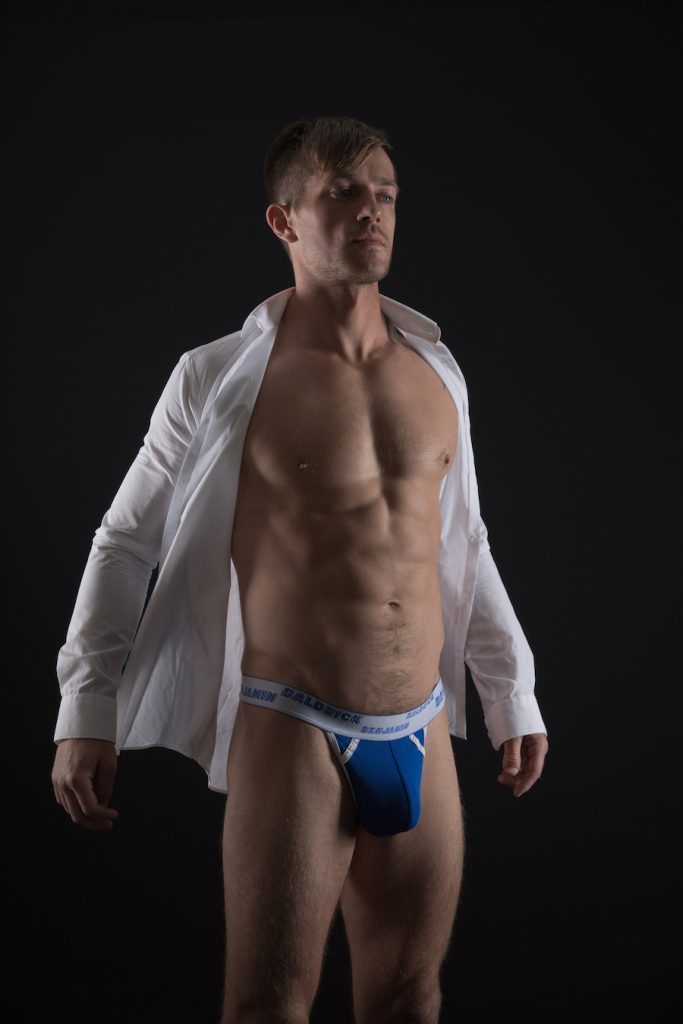 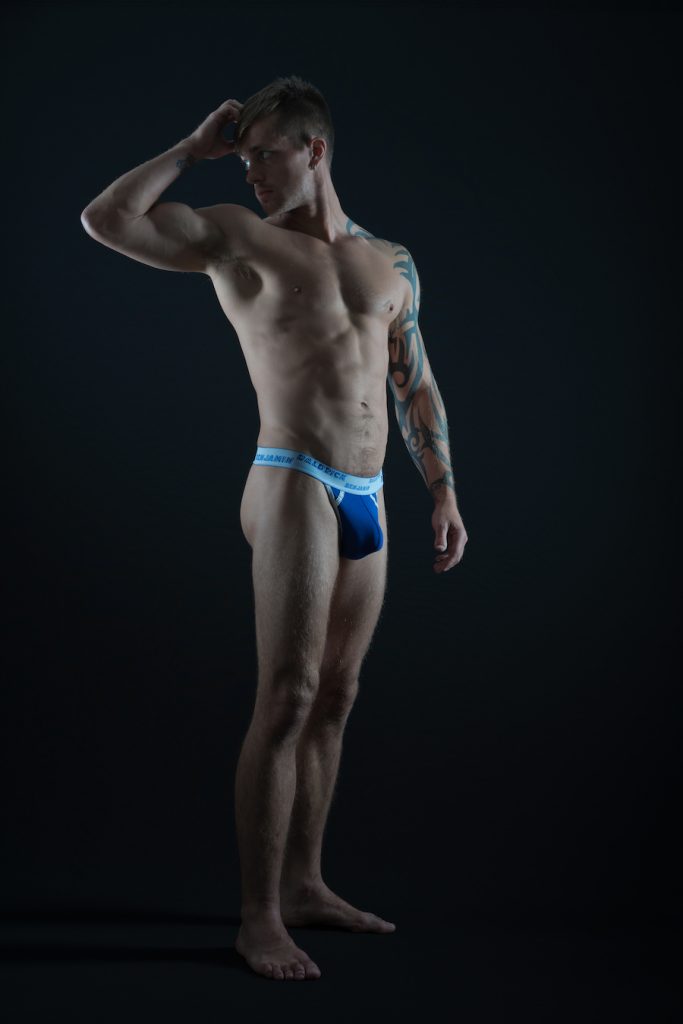 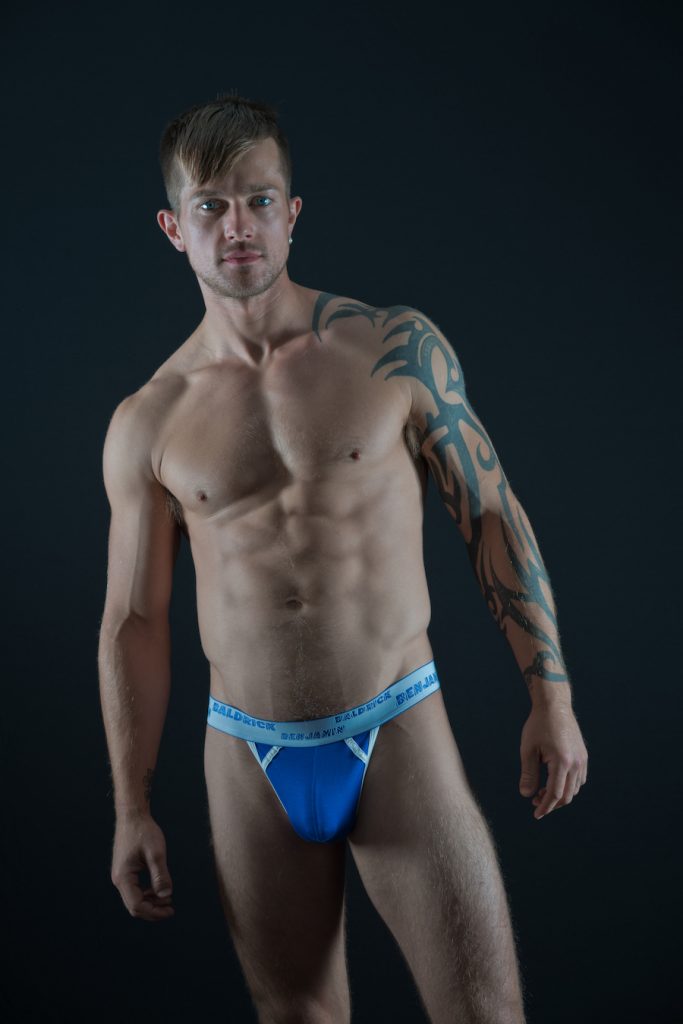