French label Eminence is one of the biggest brands in Europe. It has a long history of more than 70 years in the men’s underwear industry going as back as right after the end of Second World War. Eminence was one of the first brands to create the “kangaroo” pouch, in 1947, an open fly design, many other brands later on mastered. Despite the financial challenges of manufacturing in Europe, the brand has managed to keep a big part of its production in France. Every year, more than 100,000 items are made in its factories in Gard, the Aimargues and Sauve.

To celebrate its heritage, French know-how and keeping production in its home country, Eminence, releases every year a very special, limited edition collection. This year’s “Fabriqué en France” collection is offered in 2-packs of briefs or boxer briefs. The designs feature solids in red or navy and 3 prints featuring the French rooster or a tricolour rosette. On every pair of underwear there will be a French Flag tag with the “E” monogram that stands for the name of the brand. Blue, white and red, will also be the colours of the packaging for an all French visual.

This collection will be very soon available from the official e-store of Eminence and selected retailers. 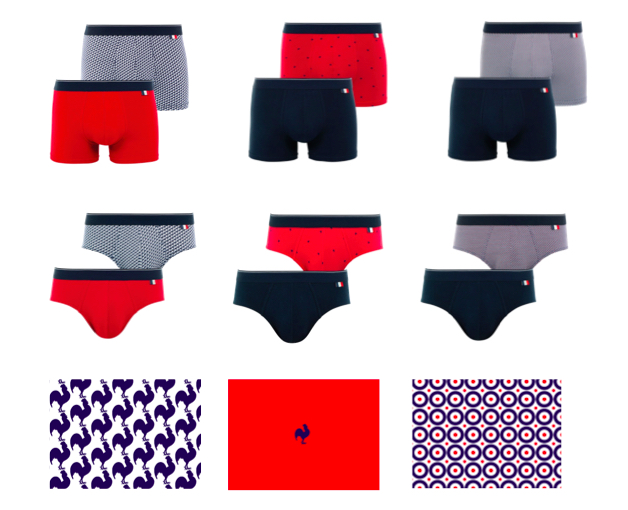