Jockstrap Central has just added Sukrew to their huge collection of mens underwear brands. Sukrew (which stands for Sexual Unity Krew) is an overtly sexual brand that has taken the UK by storm – and now available for the first time on the other side of the Atlantic via Jockstrap Central. Sukrew set out to design underwear (and jockstraps) that make you feel “sexual, sensual and confident” and they have accomplished just that with their Britannia Collection of power bulging designs but especially so with the styles that put them on the map – the full frontal U Trunk and U Brief all in a either Union Jack or Tartan motif.

A model you have seen before at Men and Underwear Blog posing exclusively for Jockstrap Central, Tristian, is posing on all seven of the Sukrew designs. A small sample follows with a selection from the shoot which you can see at it’s full at the brand’s section at Jockstrap Central here. A small warning for you though, there will be some full frontal nudity shots there so make sure nobody is looking at your screen if you are reading this from your place of work.
Enjoy Tristian and the underwear designs of Sukrew! 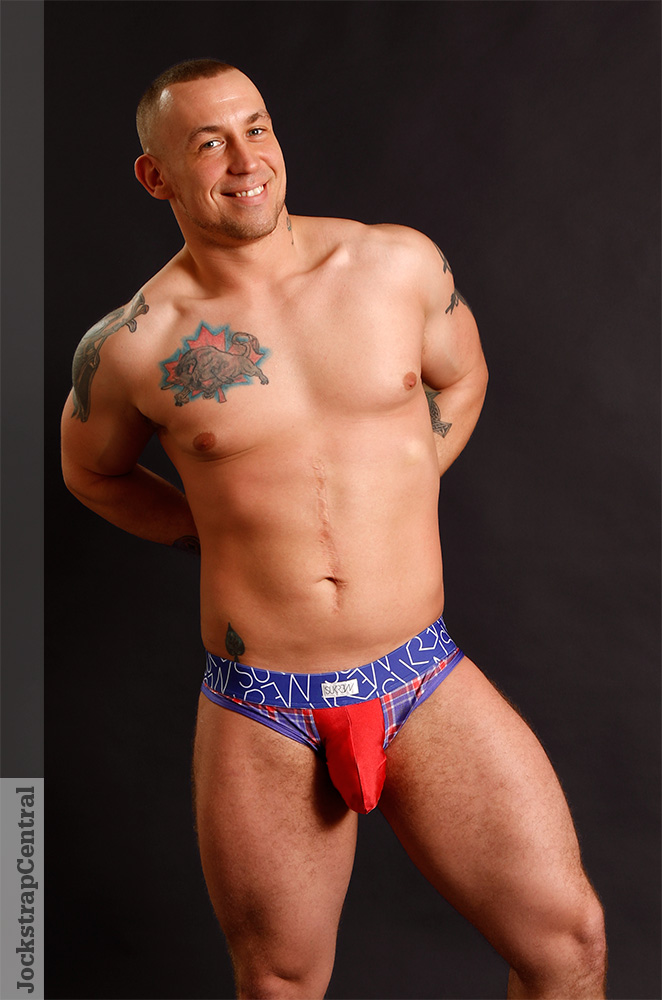 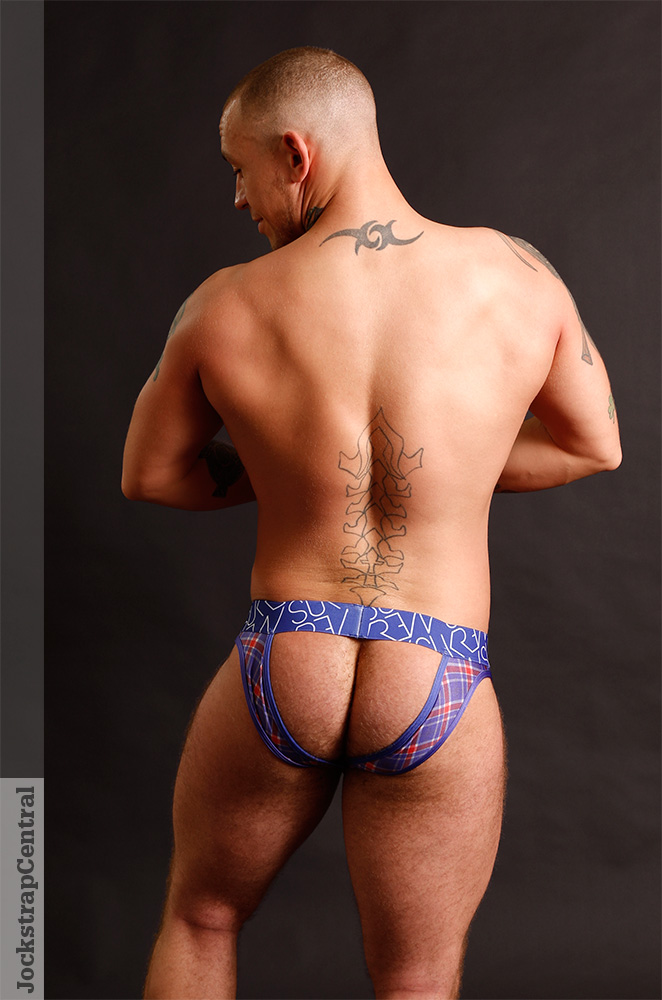 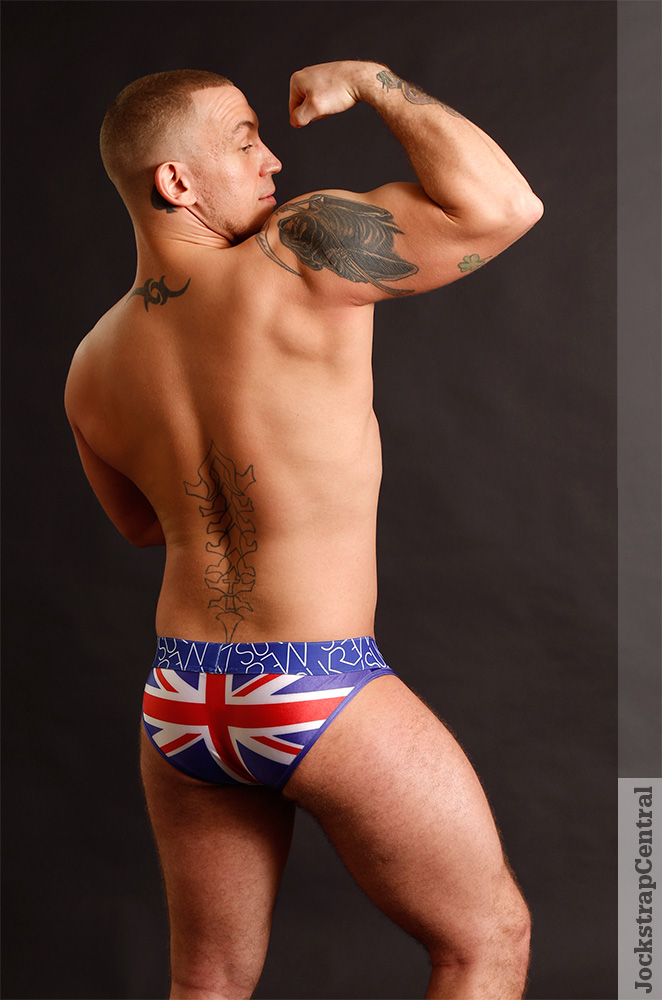 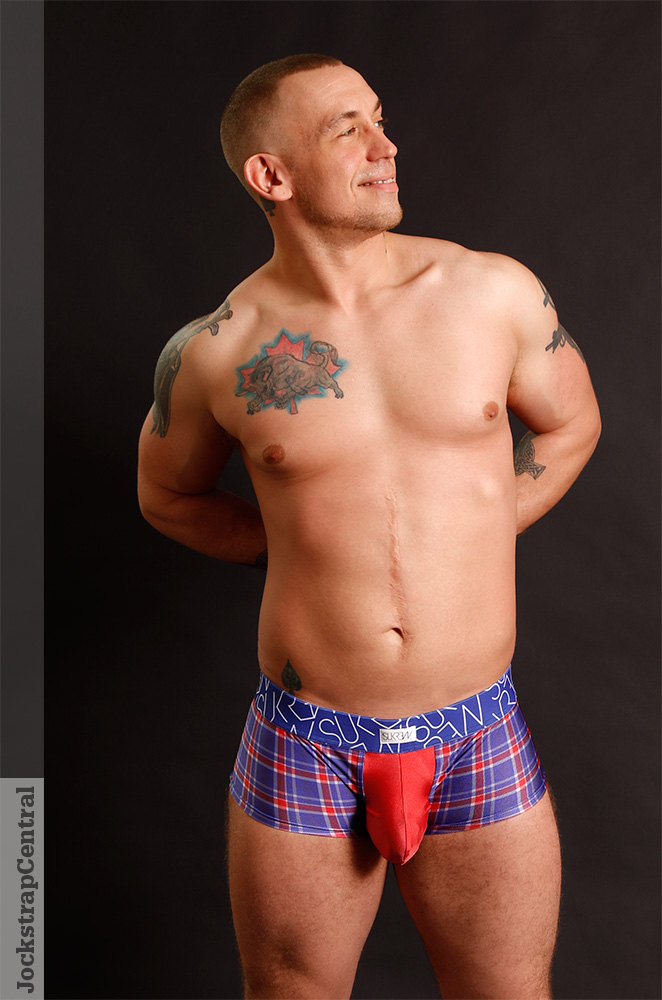 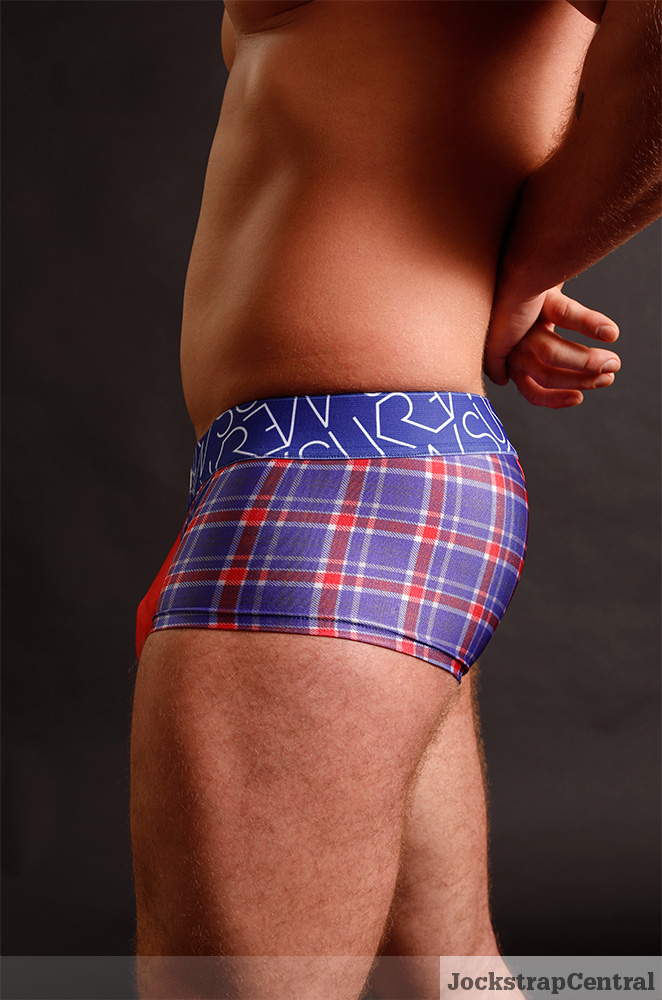 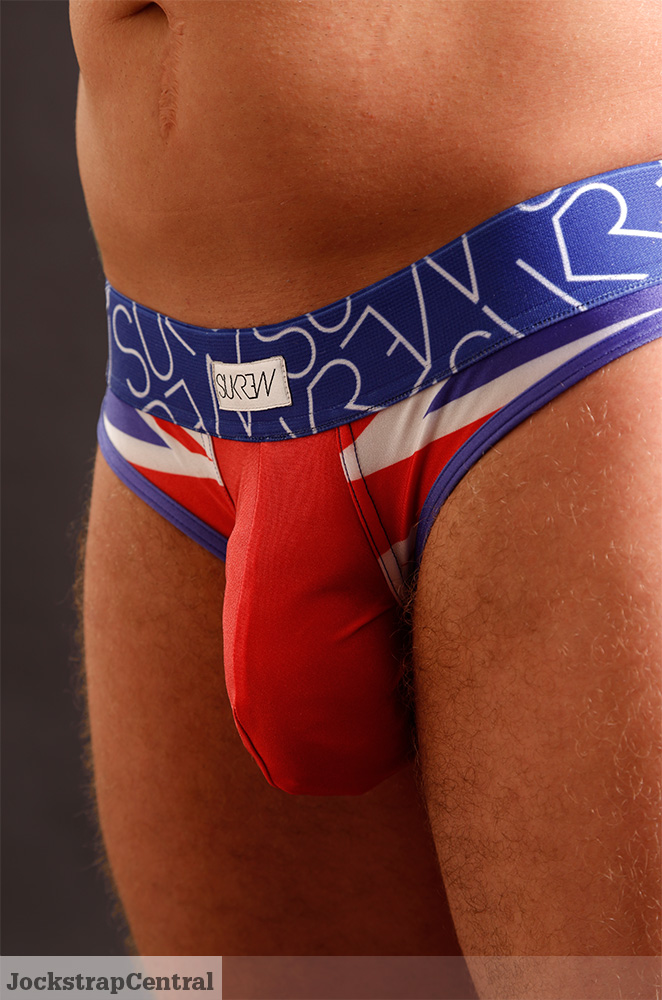 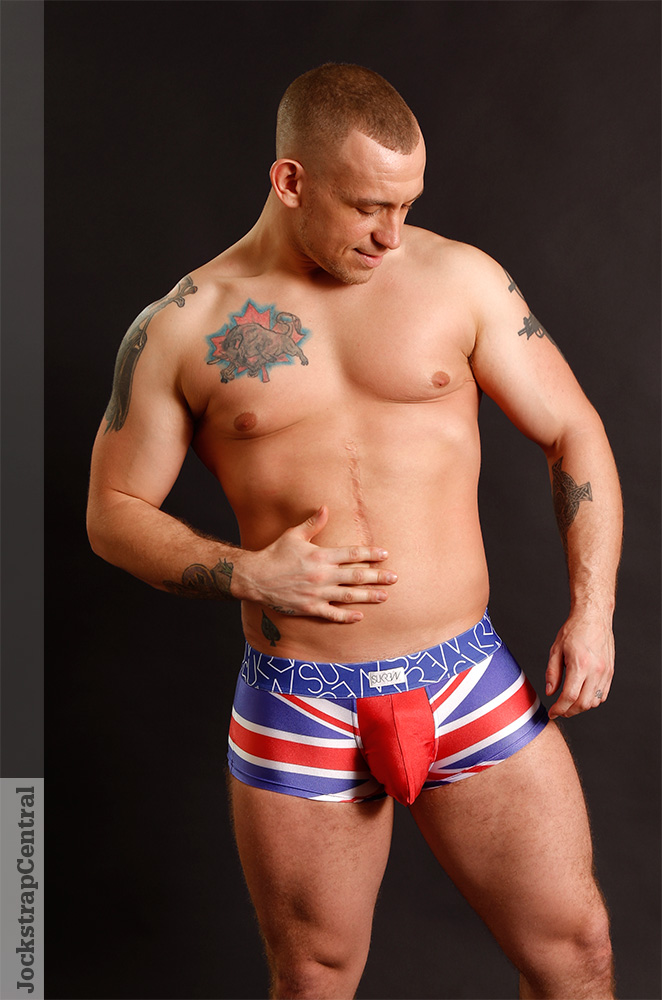