Photographer Beto Urbano takes Walking Jack on a trip to Brasil for a session with model Lucas Costa. Check out the second part of this beautiful campaign here.

Our Instaman Award this week goes to the model, adult entertainer, dancer, fitness addict, our fan and follower John Rodriguez.

On the cover story of the Gym Class B #8 edition of the Yearbook Fanzine, we saw model Matej of EXIT Model MGMT photographed by Richard Kranzin. Matej wears underwear by Schiesser and Bang&Strike.

Dozens of underwear, socks and accessories have just been added to our sales section!

The popular Cellblock 13 Tight End jockstrap is now available in a ‘nude’ colour series of Tan, Beige and Brown at jockstraps.com

Massive sale again this week at aussieBum all at 50% off! Hurry!

New prints in the POW underwear collection, are now available at Supawear!

The new Aktiv NRG underwear series was just released by 2EROS. Check it out! 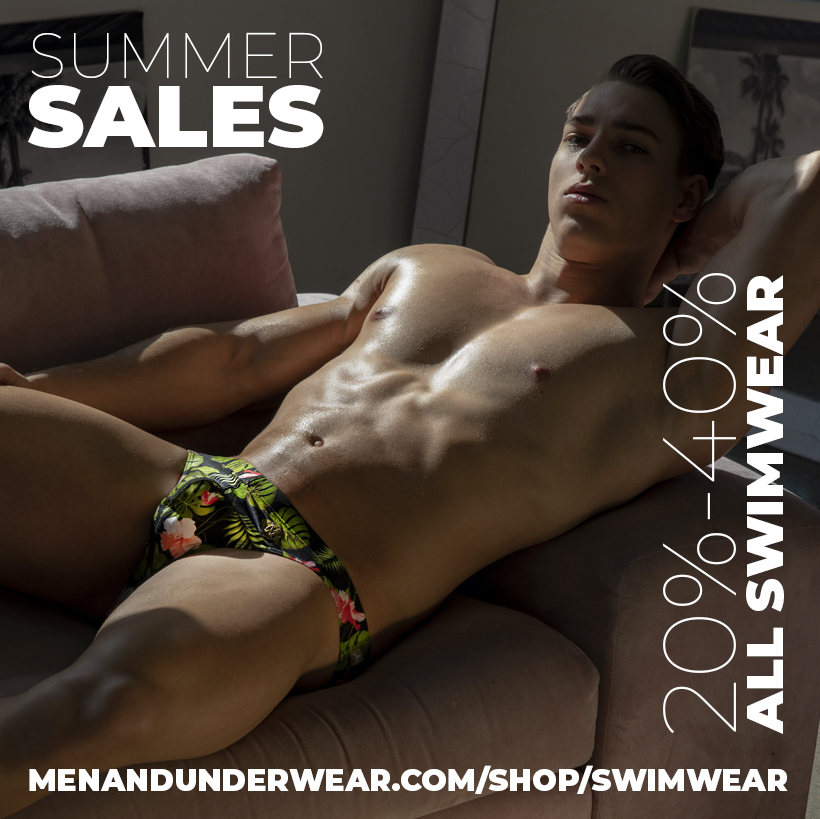