A replica of the original No10 athletic supporters of BIKE, the 1874 Jockstraps by Jack Adams is back and jocks specialists at jockstraps.com are among the first shops to get them. After BIKE stopped producing its iconic athletic supporters, many brands recreated this popular style in an attempt to fill the gap in the market. Among many other brands, American brand Jack Adams released the 1874 series which is true to the original No10 style of BIKE. The first time we saw Jack Adams making this jock was back in 2017 and since then, it has been reproduced quite a few times.

The Jack Adams 1874 Jockstraps are available in five colours: white, black, army green, orange and navy. They feature a 3 inches (that’s about 8 cm) thick waistband decorated with a white label at the middle centre with the Jack Adams logo, the size and washing instructions. The pouch is made from soft ribbed cotton in a matching to the waistband (and leg straps) colour. This is an athletic supporter with a rugged, masculine look and feel.

Take a look at all five colours below and if you like what you see, visit jockstraps.com and get yourself some! 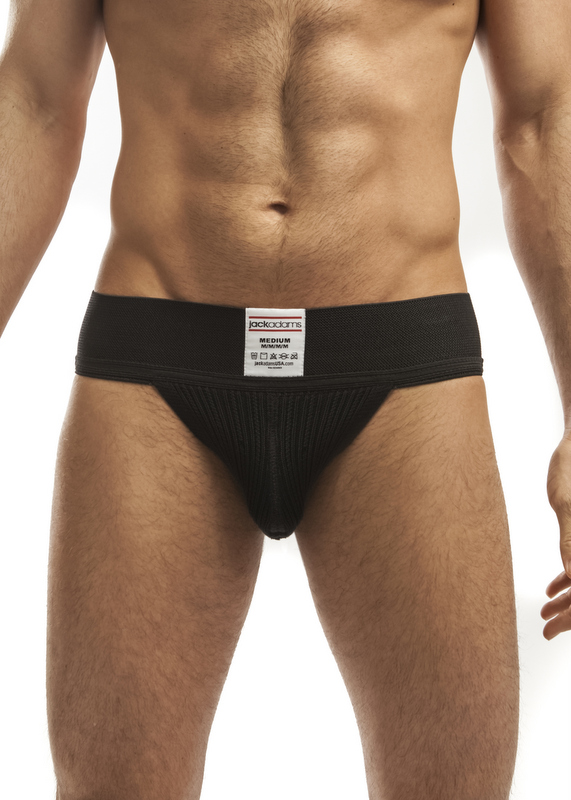 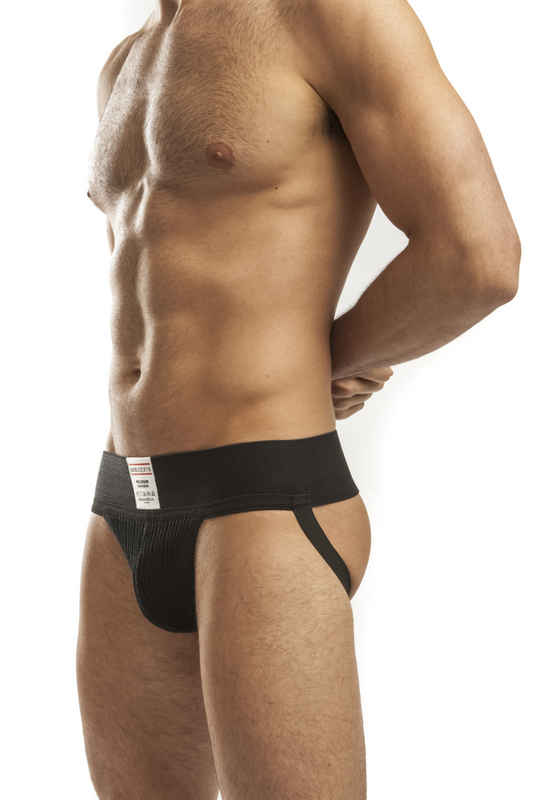 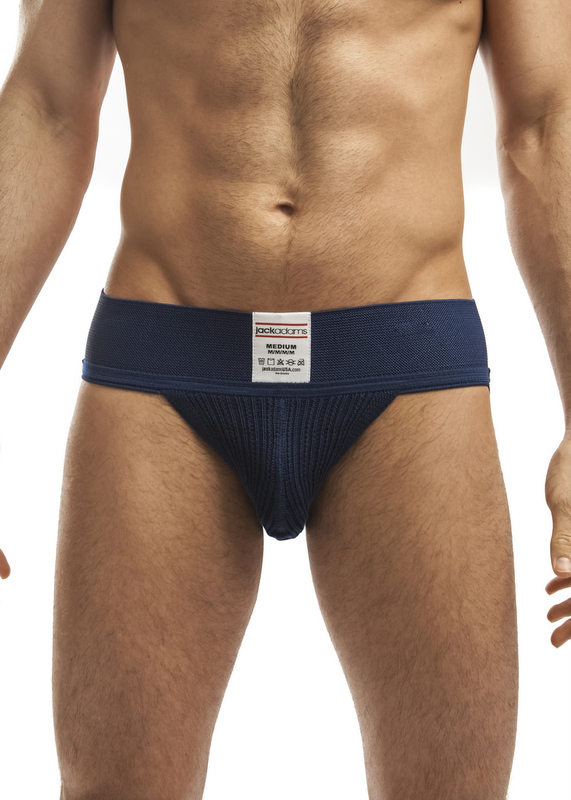 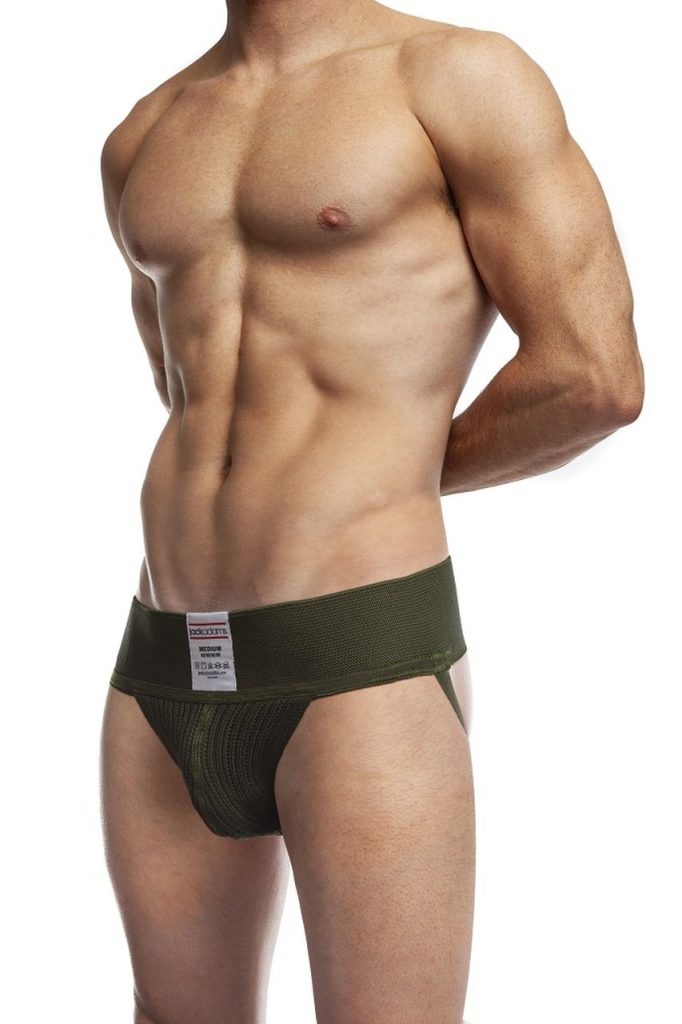 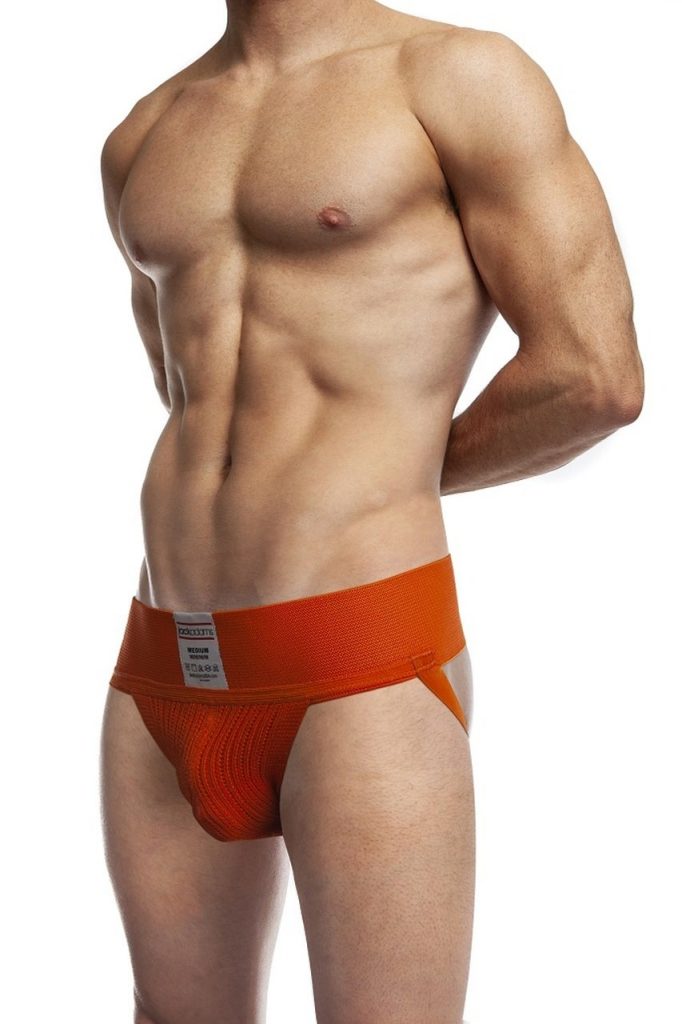 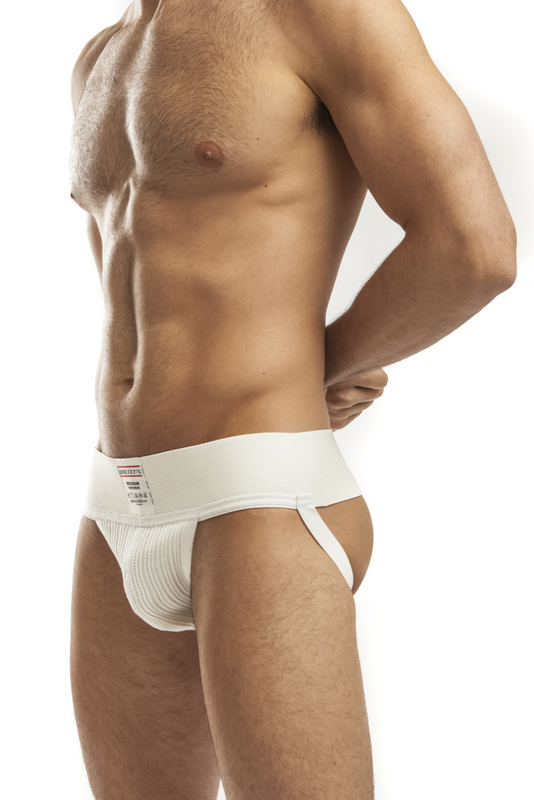