We are happy to take you to the forests of Tenerife of Canary Islands today and show you a lovely editorial, photographed by Adrian C. Martin. The talented photographer collaborated, once more, with striking model Andres Gaspar for a series of beautiful images featuring briefs by PUMP!, MaleBasics, Marcuse and Walking Jack. Adrian plays with natural light and high contrasts to showcase the best of his model and the underwear he is wearing. Gaspar has been featured quite a few times in Men and Underwear for his participation in underwear campaigns and editorials. His work has been consistently exceptional no matter the underwear style, setting or concept. In this set he is seen in the all black Switch SideCut Briefs of PUMP!, a pair of briefs from the 3-Pack of MaleBasics, the Empire Briefs in white by Marcuse and the White Solid Briefs by Walking Jack. 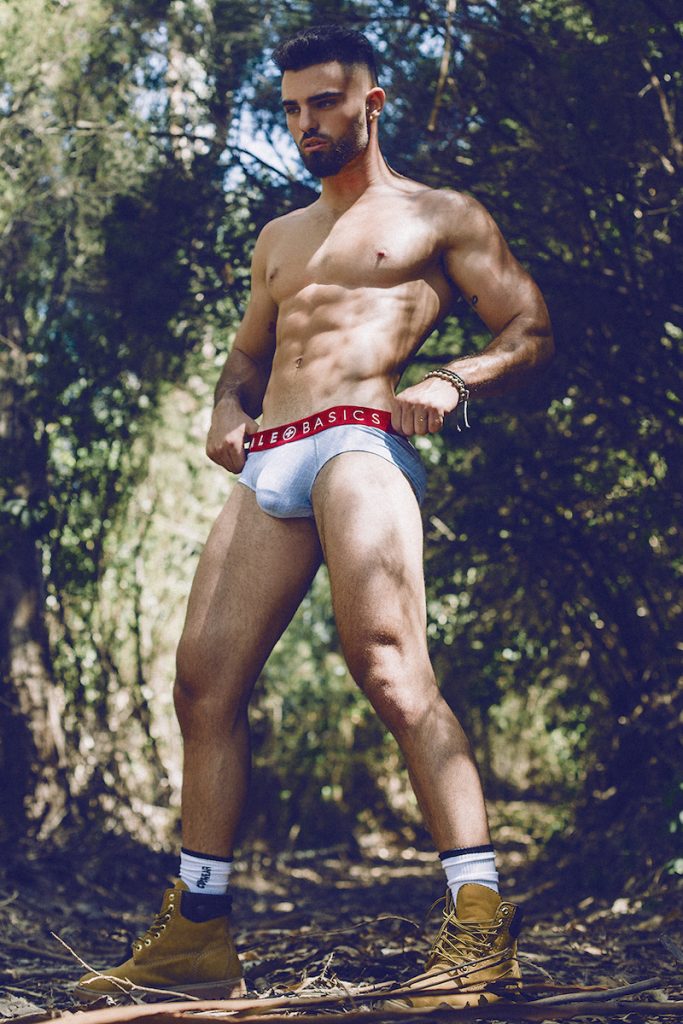 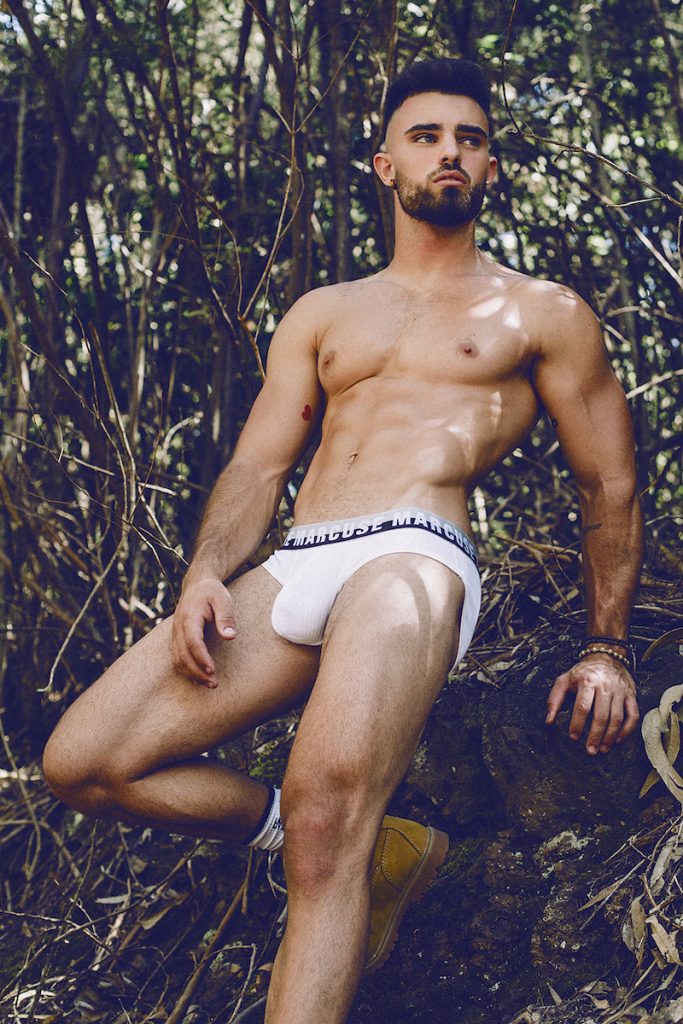 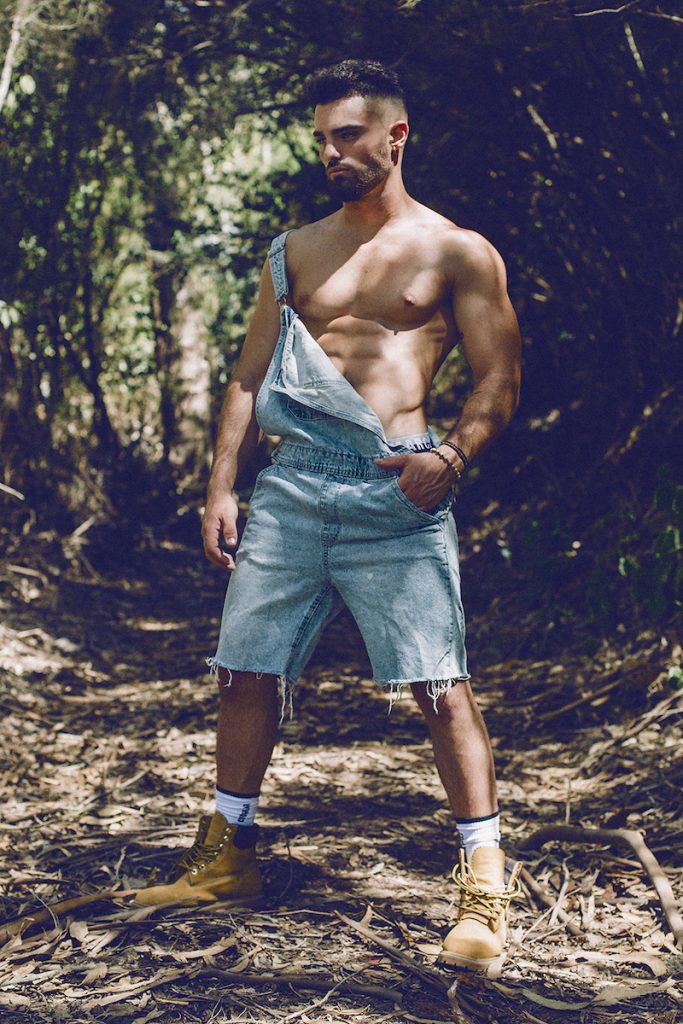 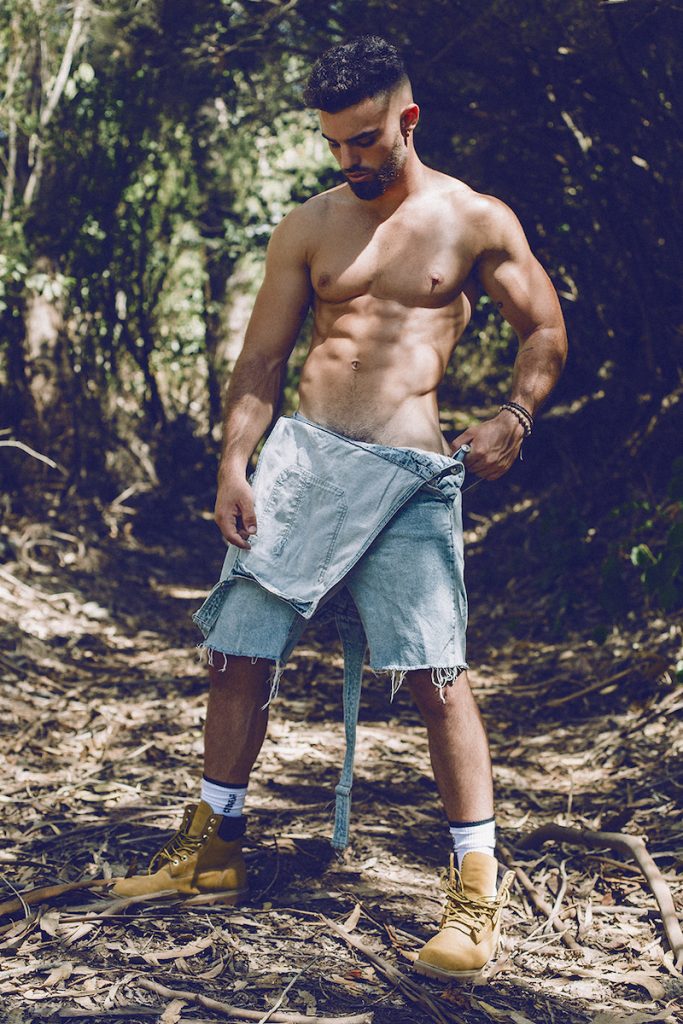 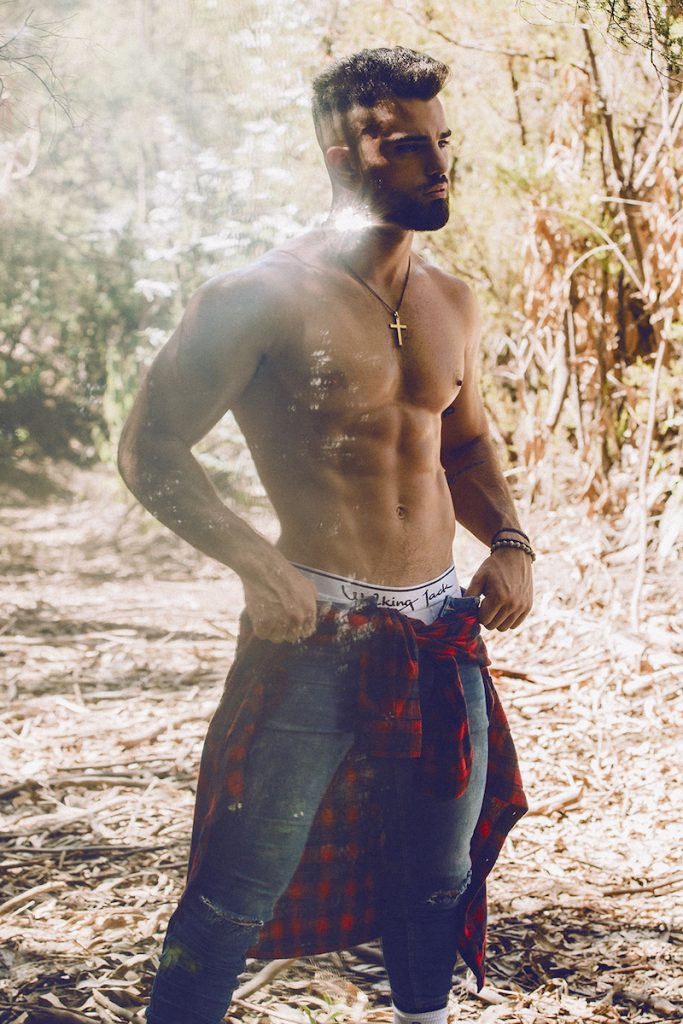 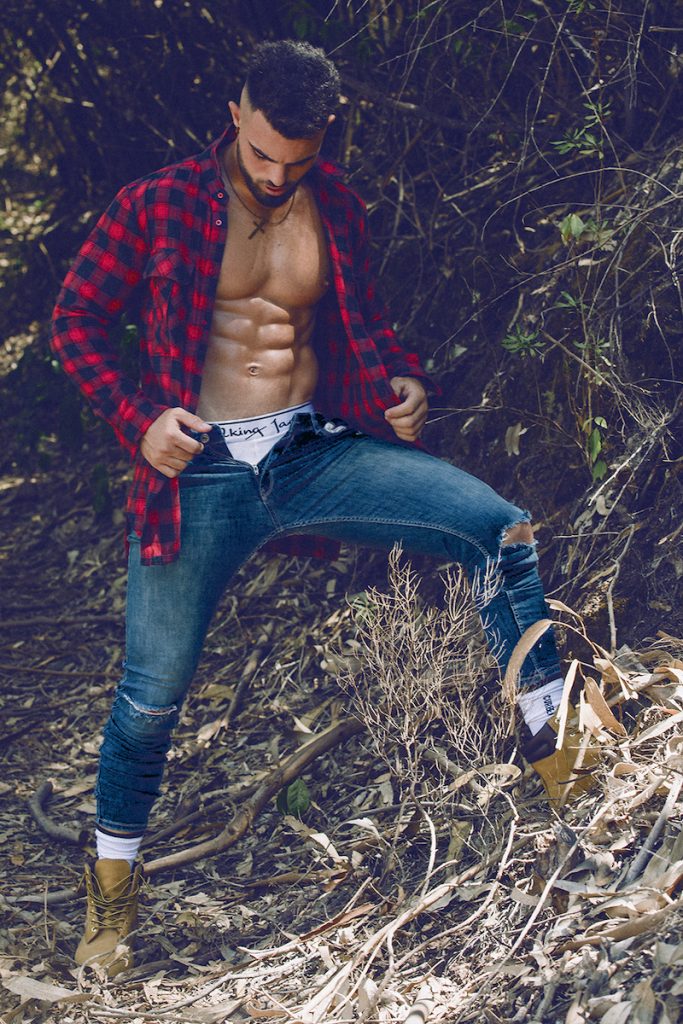 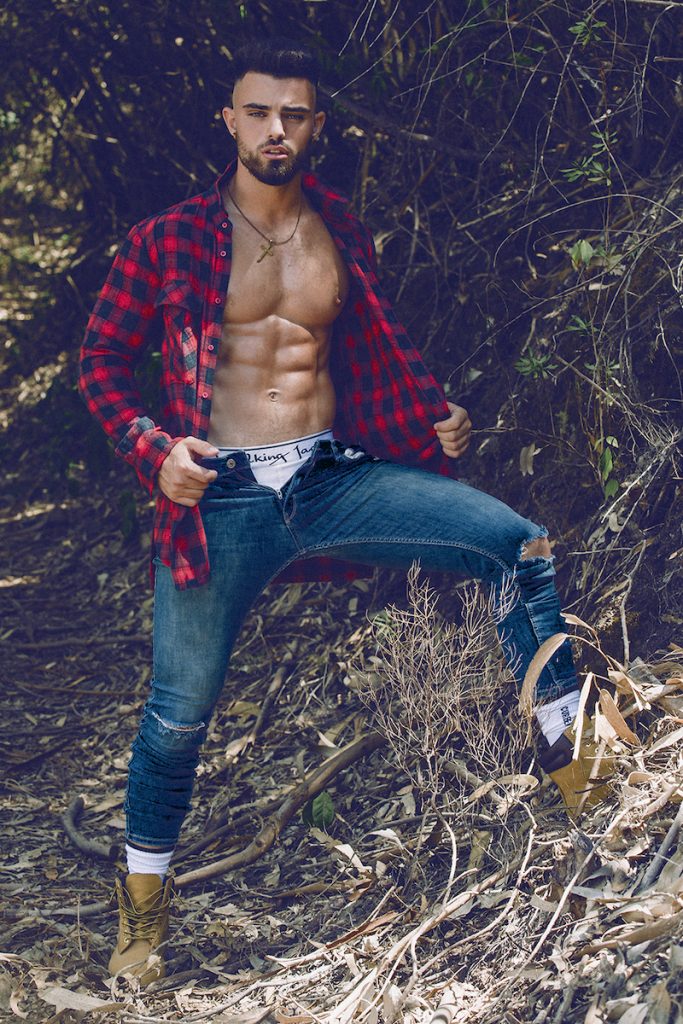 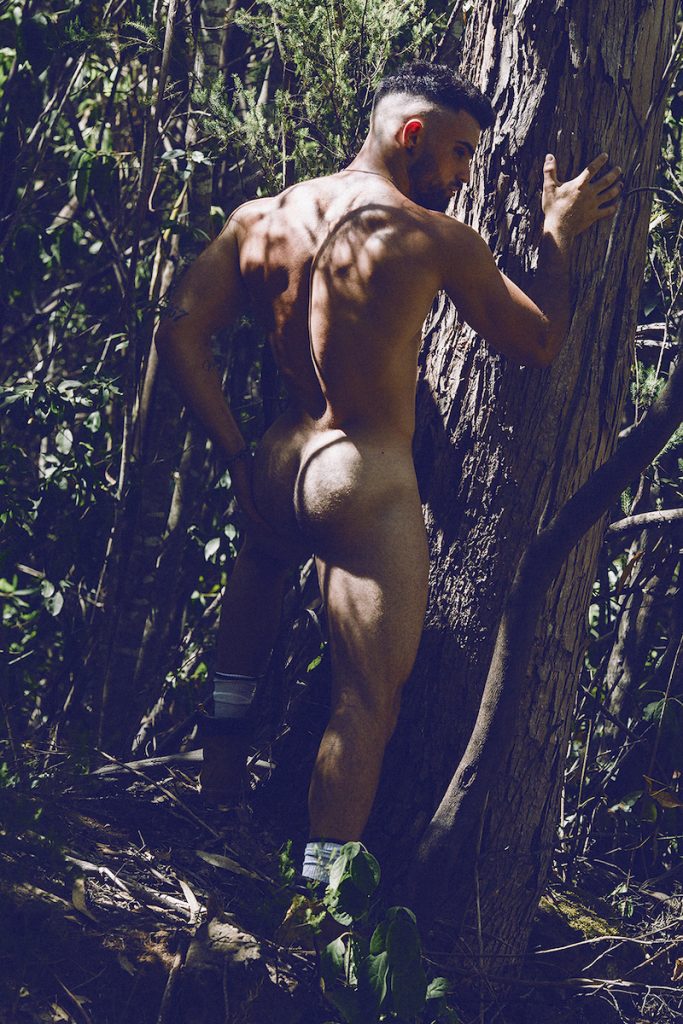