There has been a void in the market of jockstraps since Russell Athletic decided to stop producing the iconic BIKE Jockstraps in late 2016. Many brands tried to fill the void by producing jocks based on the original BIKE No 10 design and one of them is Meyer. Meyer Marketing was the licensed distributor for BIKE in Europe and dealt with the BIKE factory directly, so when Russell Athletic (owner of the BIKE brand) stopped producing their jockstraps, Meyer approached the factory to start producing the original jockstraps for them using the exact same fabric, sizing and specs – the only thing different is the brand name. Size, style, fit, and even the label are identical except where BIKE’s logo was is now a MM logo (for Meyer Marketing).

Meyer used to produce their jockstraps in just black and white but they have now adde three new colours (blue, red and yellow) and Jockstrap Central is among the first retailers to have them! These are made to be athletic supporters, perfect for the gym or pretty much any sporting activity. This means that their sizing is snug to give you the support you need during an intense work-out. If you are planning to wear these though for longer periods of time, you should consider going up a size.

To mark the launch of the three new colours, Jockstrap Central produced exclusive images with model Markus Kage posing in the new styles. Have a look at the images below and if you like what you see, go to Jockstrap Central to get yourself some! 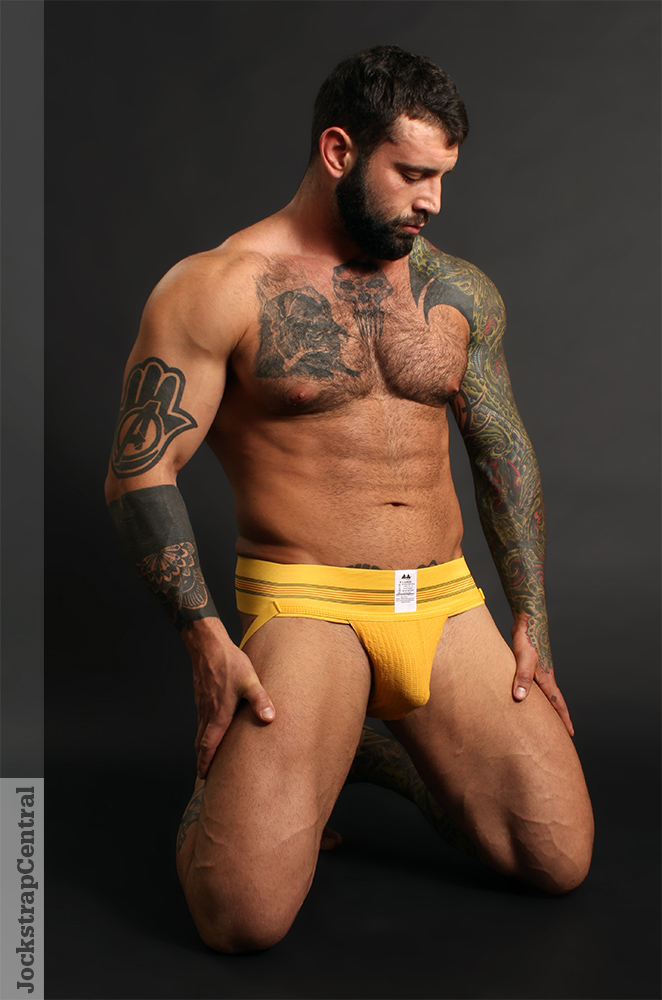 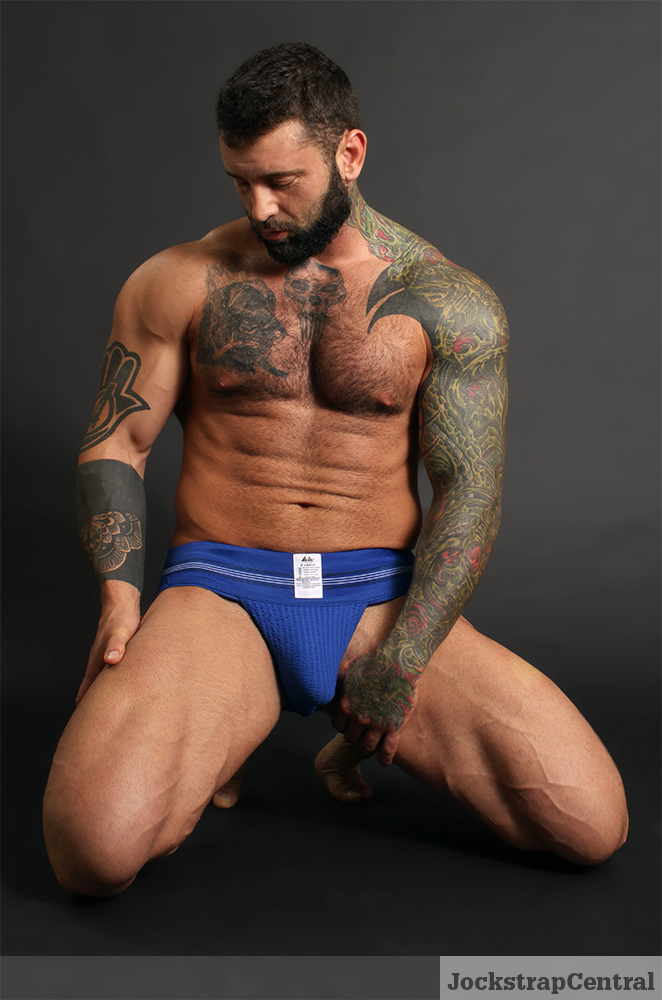 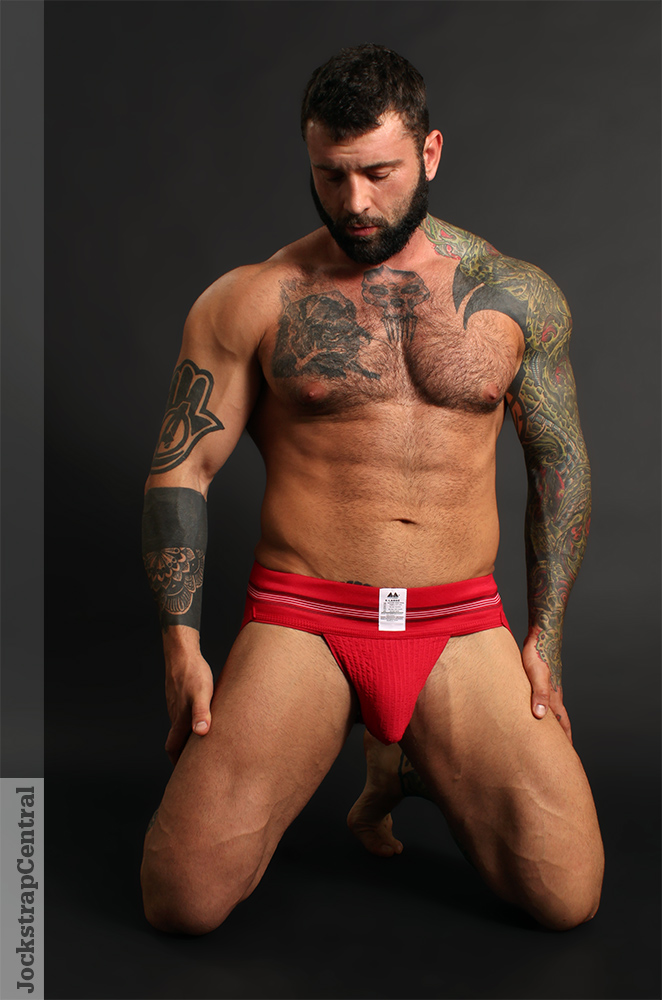 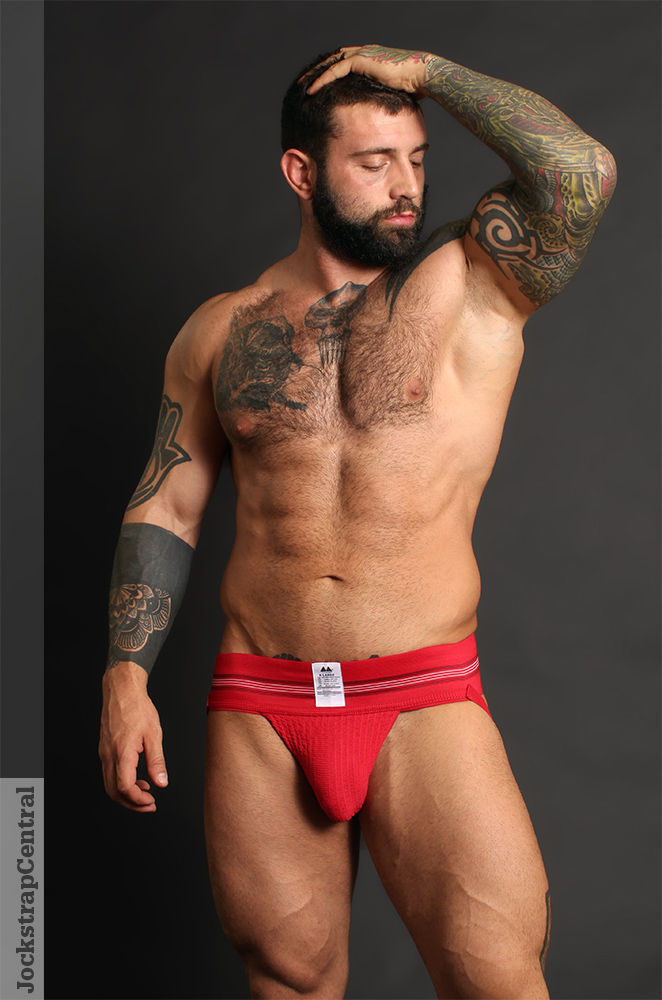 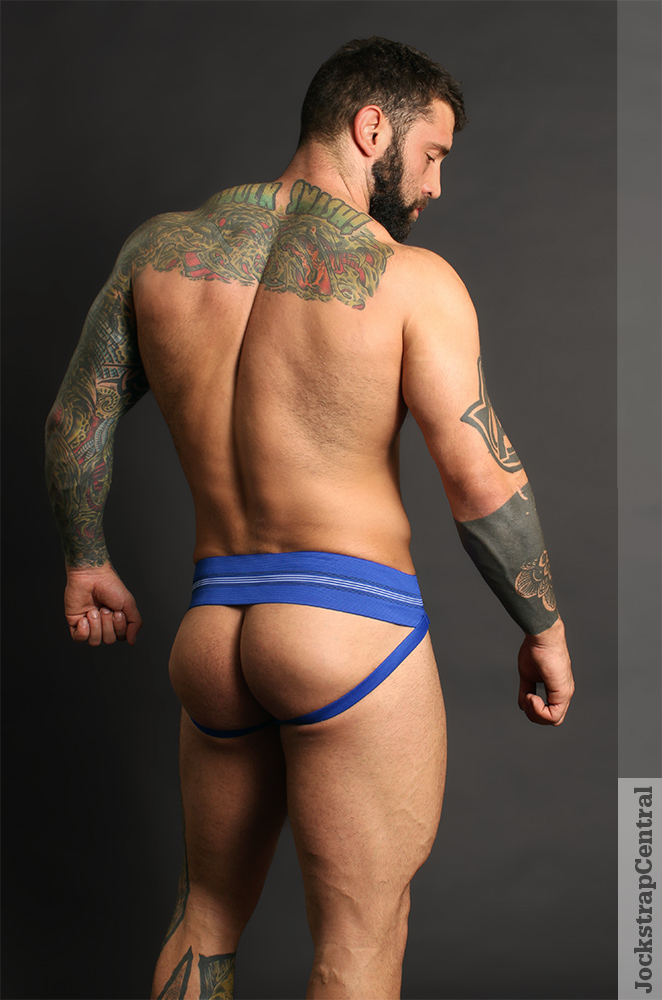 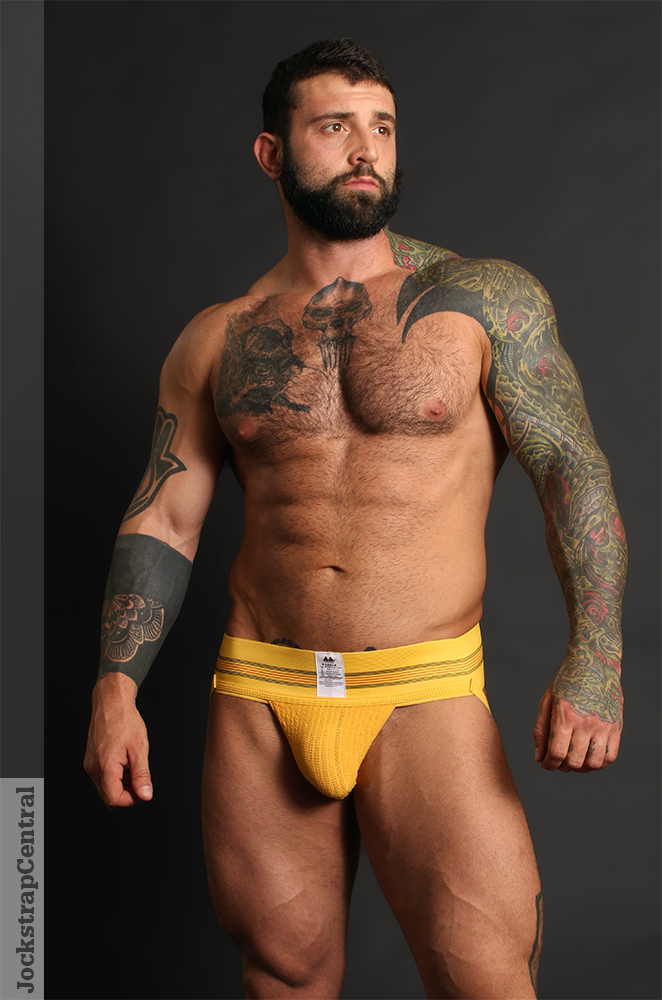 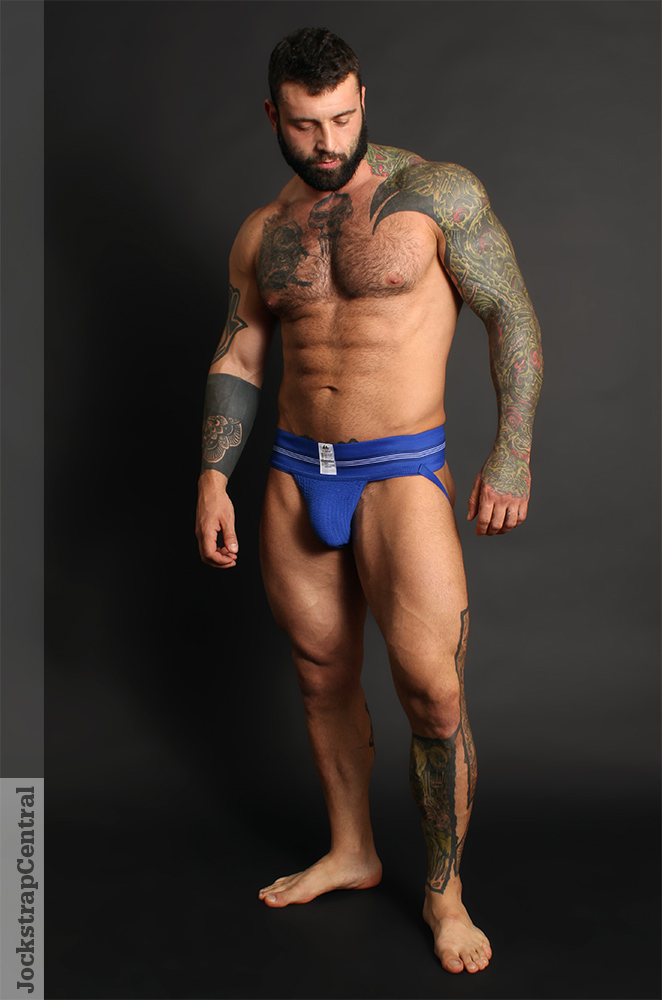 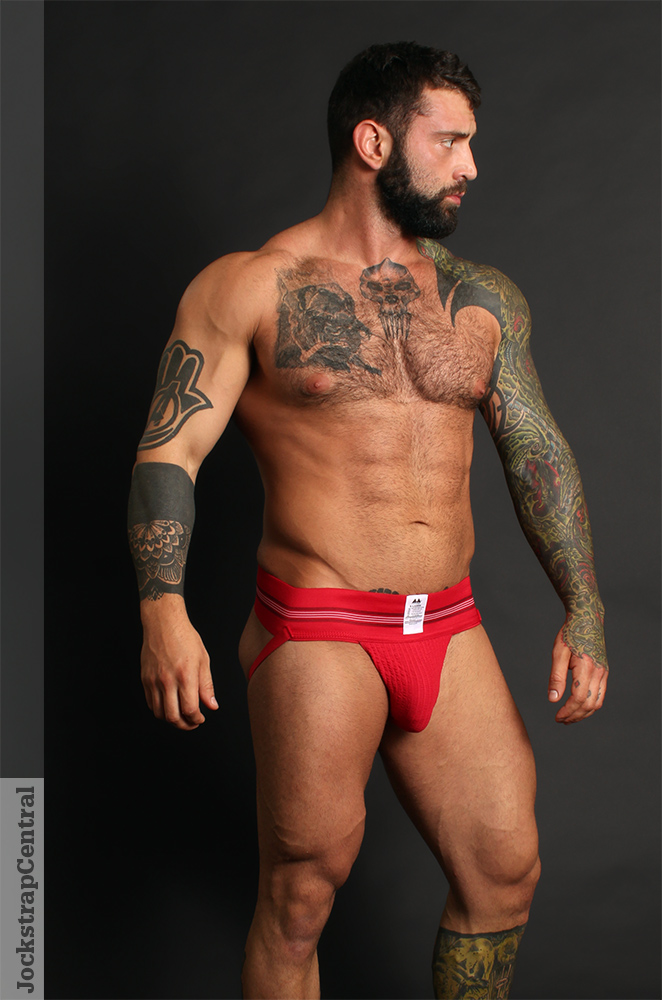 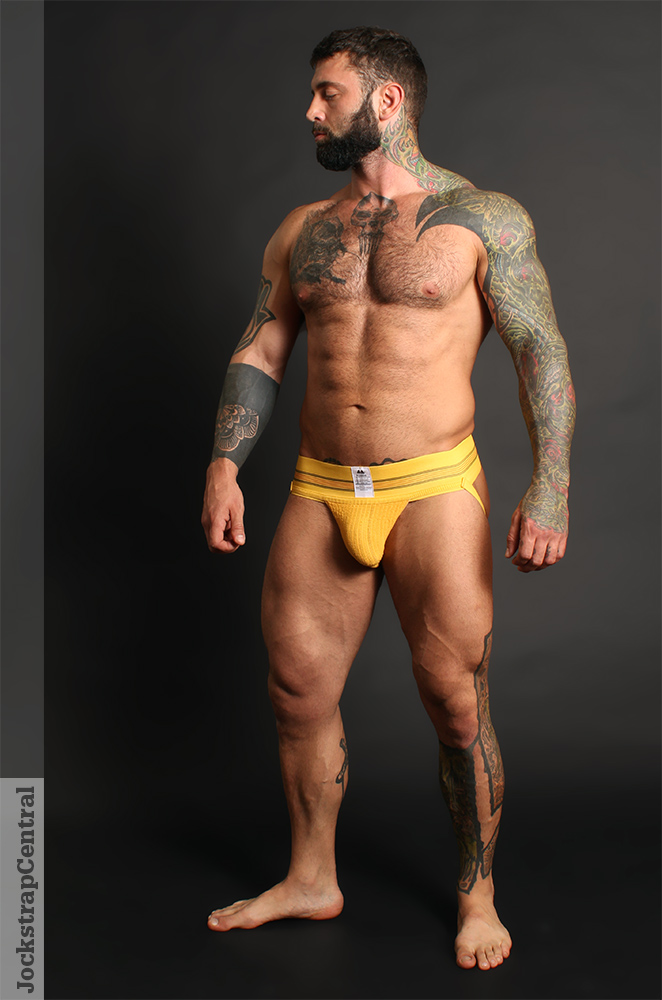 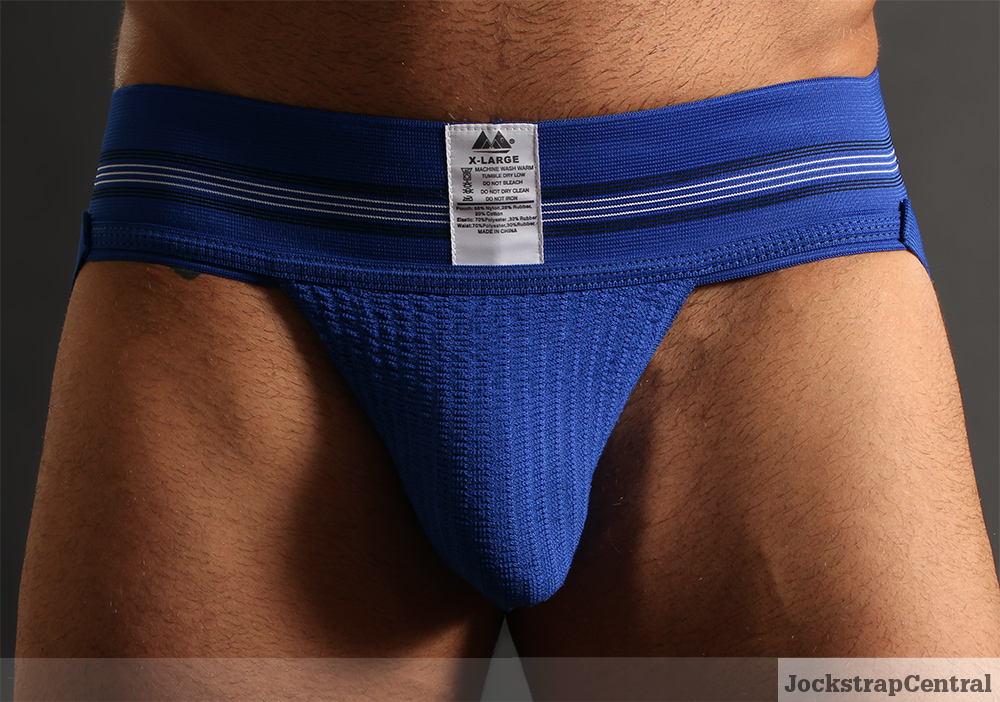