Men’s underwear brand and champion of positivity in the underwear community, Debriefed Underwear, has just released its new collection called Cartoon. We have presented the launch of this brand together with it’s very own multi-brand retailer last year. You can read all about it here. Debriefed underwear was founded by Kit Wilde, a popular men’s underwear reviewer and entrepreneur and is based on the UK.

The Cartoon Collection by Debriefed is yet another celebration of diversity, promoting a sense of confidence to all men by this brand. Body positivity is taken very seriously by Debriefed something you can see throughout their entire website. For example it promotes customer selfies on many pages, featuring the “Model Customer”. It includes men of all, shapes, sizes, creeds, identities and physiques.

This collection coincides with the first year anniversary of their online retailer and brand launch. Cartoon comprises four fun and funky print styles in bright and punchy colours. The prints come is trunks, briefs, jockstraps and wrestling singlets, in four sizes from Small to Extra Large.

Have a look at the new designs below along with photos and behind-the-scene- takes for the official campaign of this collection which features their models as super-heroes. 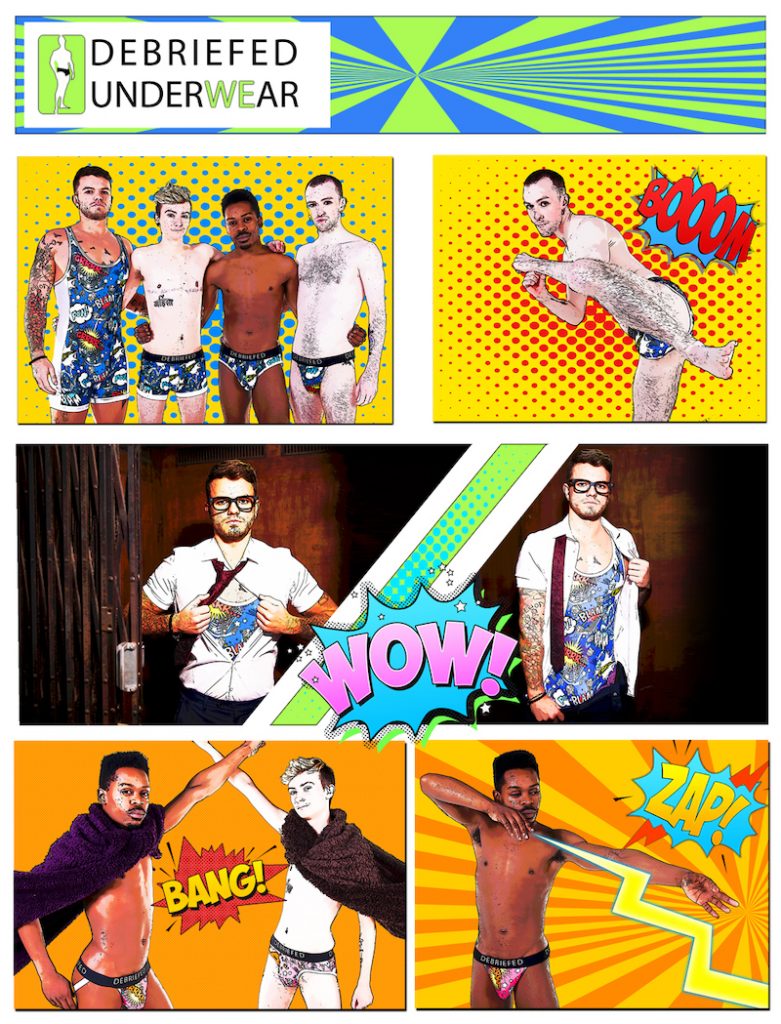 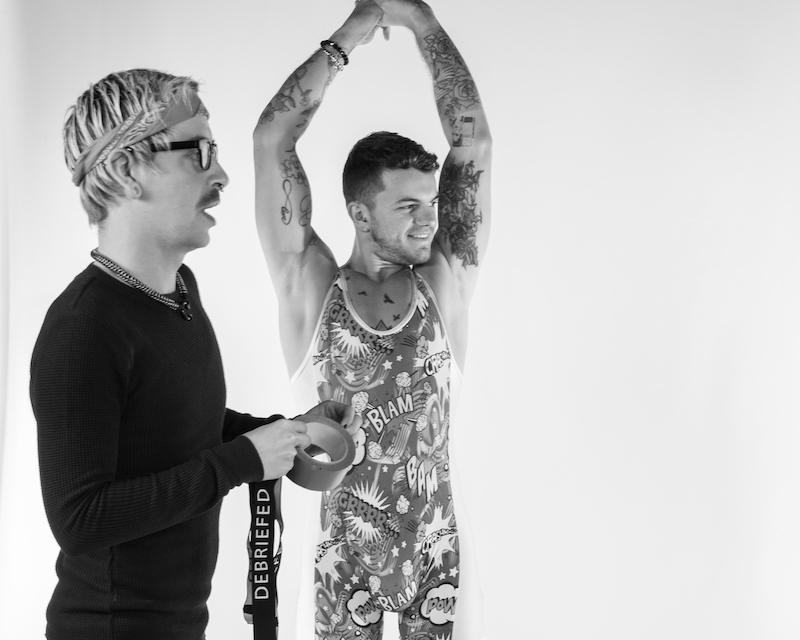 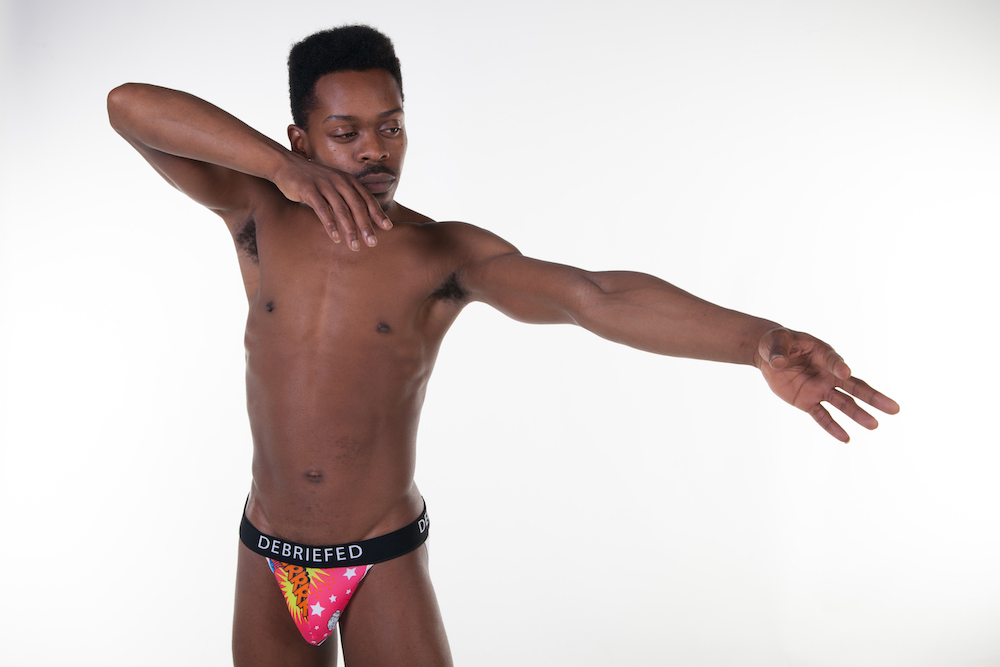 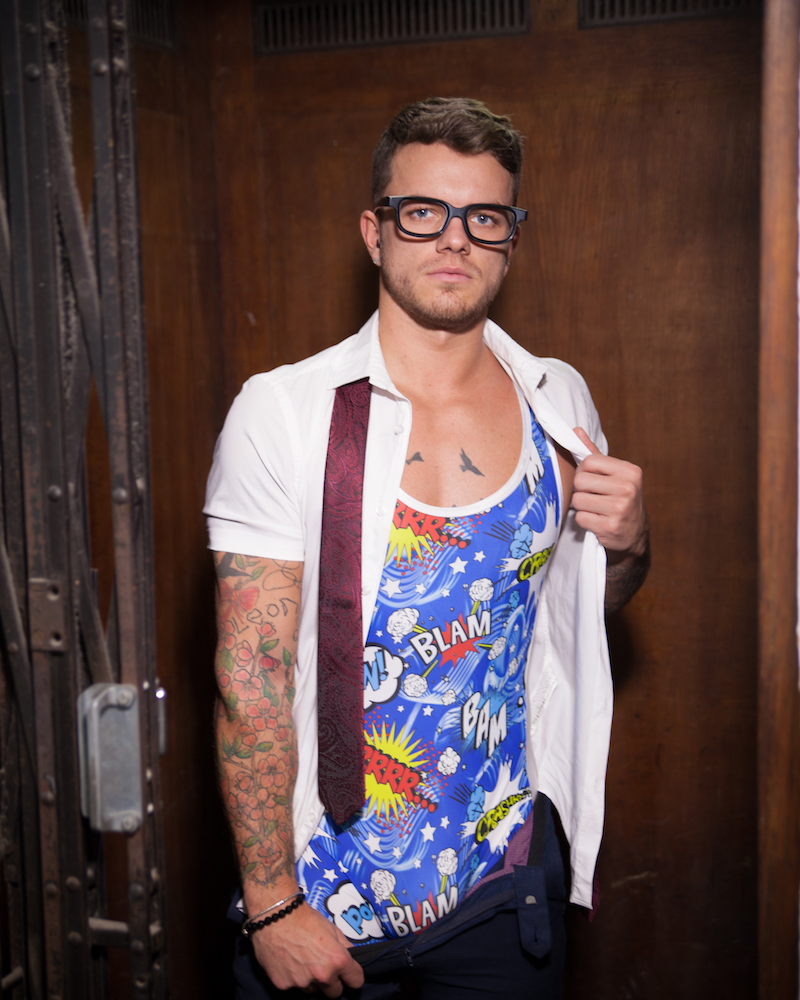 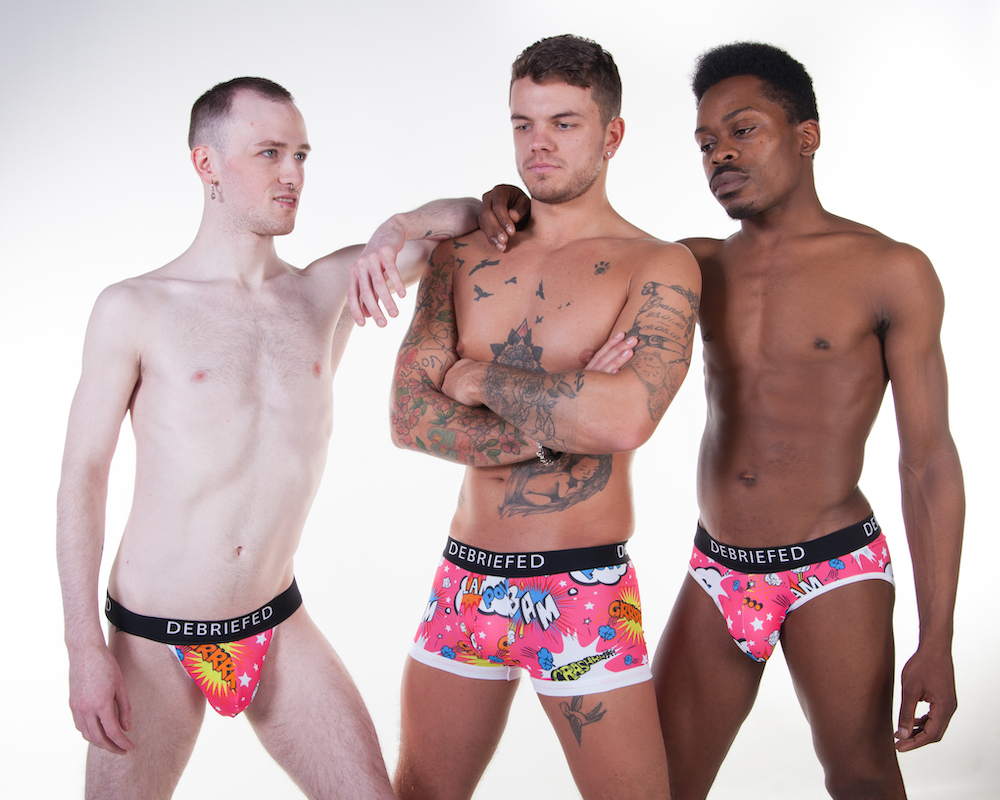 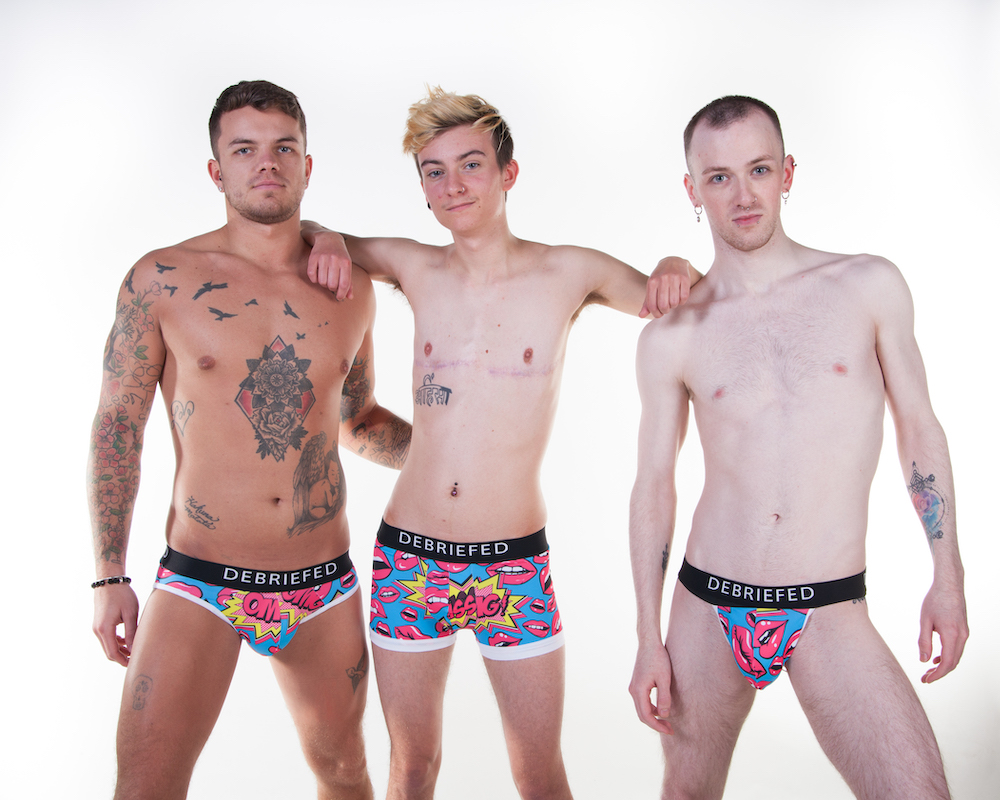 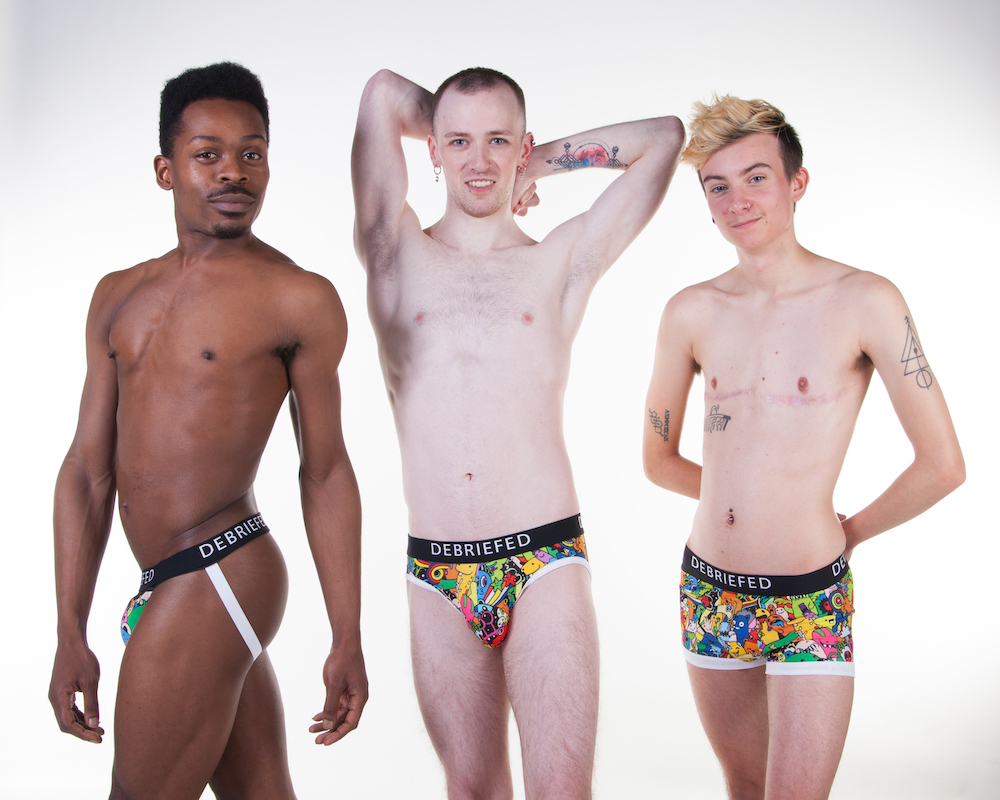 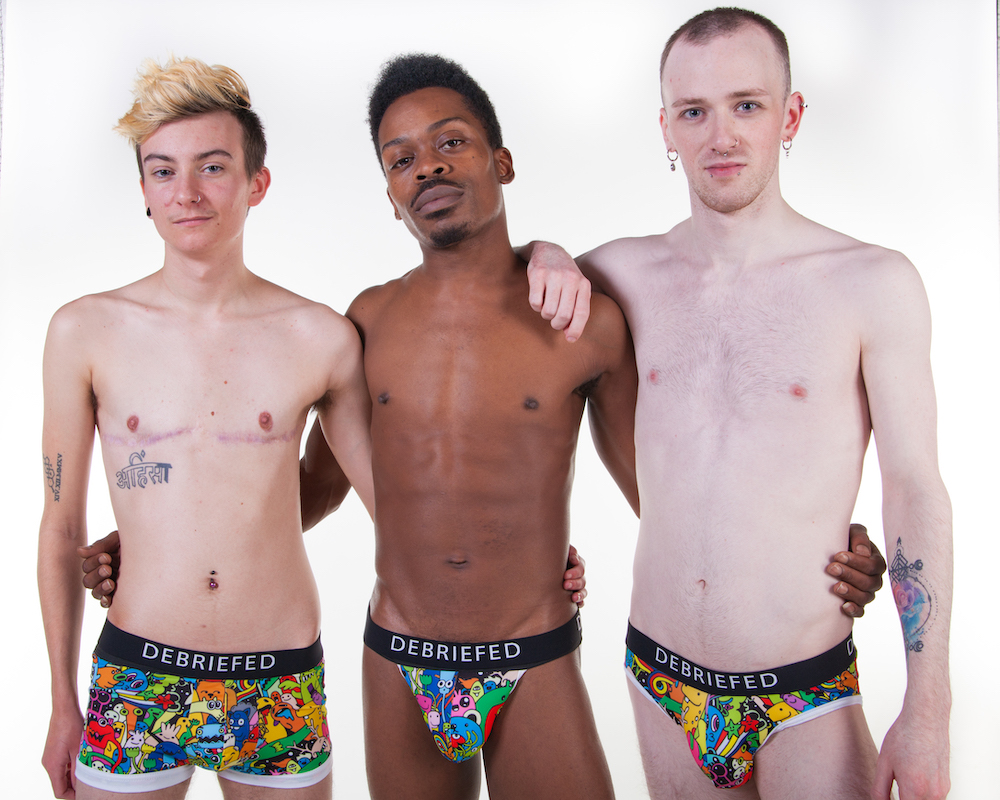 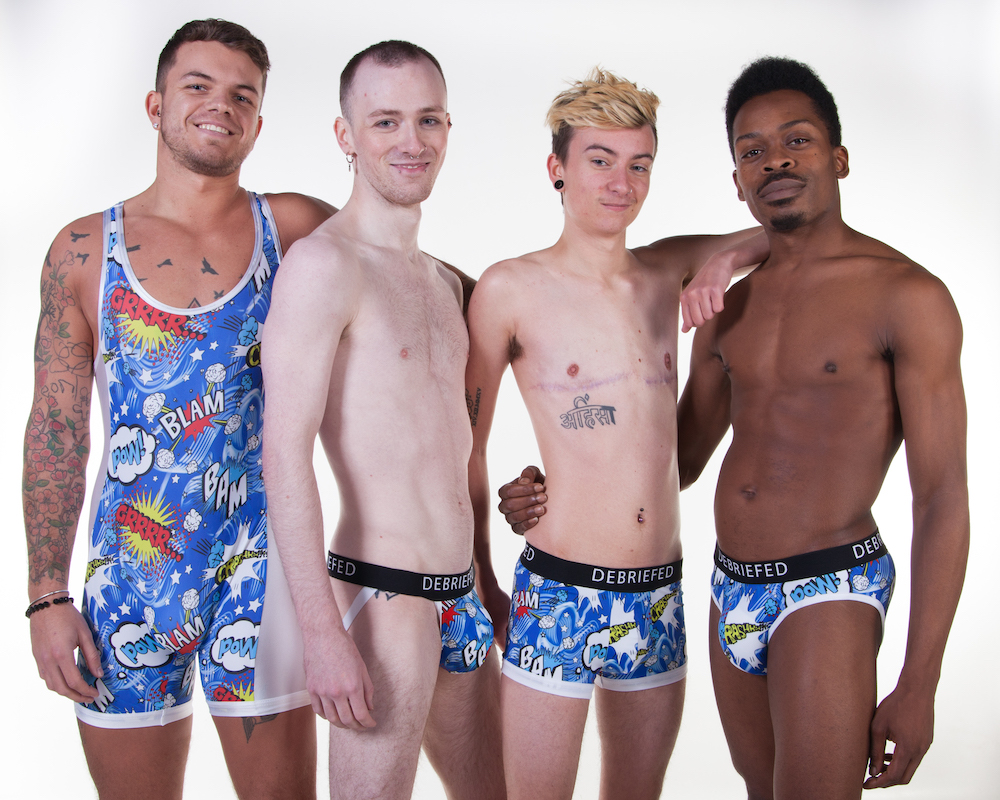