As British men’s underwear and swimwear brand Bum-Chums heads to their 10 year anniversary you’d think they might be running out of things to bring to the market… Or that they’ve found a niche in fun styled underwear and they wouldn’t venture any further. Well, the moment has come… Bum-Chums just released their new singlet design. Although only a special launch and in a limited run edition, the new designer wrestling singlets are now available from one of the world’s infamous cheeky underwear and swimwear brands. You can see them here.

This particular release marks a never seen before torrent of new designs from the brand, venturing into designs and styles never tried by Bum-Chums in the past. With a diverse range of releases since the New Year, the British label is producing lots of new work in 2018. Never ones to keep to the confines of traditional seasons, Bum-Chums release as and when they have new ideas and because they produce everything themselves, using traditional methods, they can bring things to the market really quickly when they choose.

The new style of singlet launched comes in two designs, bridging the gap between their British Pudding Collection and Active wear or gym gear. With two colour options, consisting of the Rhubarb and Custard style and the new Raspberry Ripple; both featuring a vice versa Pink and Yellow colour-way. Fabric choices are always a big factor with the Bum-Chums releases and these come in a glorious Tactel Polyamide elastane mix fabric. Soft to touch, silky smooth and a lot of stretch, leaving nothing to the imagination.

If anyone has ever taken the time to actually read the Bum-Chums product descriptions, you’ll know already that their sense of humour is way off the mark. Their use of metaphors, double entendre and love of alliteration are a howl and must take them hours to think up.

Although a limited edition, these two new items have been added to the British Pudding Collection, with the added style of the Raspberry Ripple to the Rhubarb and Custard; a vice versa colour clash.
These singlets feature a vest style upper, a cycling short base and feature the flash colours in a contoured side panel to accentuate the masculine physique along with detailed bound edging in the contrasting colour. The brand told Men and Underwear they’ll be releasing more styles in this, including a backless version, but for now, they are limited stock and selling quick at a launch price of just £35 (approximately 46 US dollars or 40 euro). One of the best value branded singlets on the market. 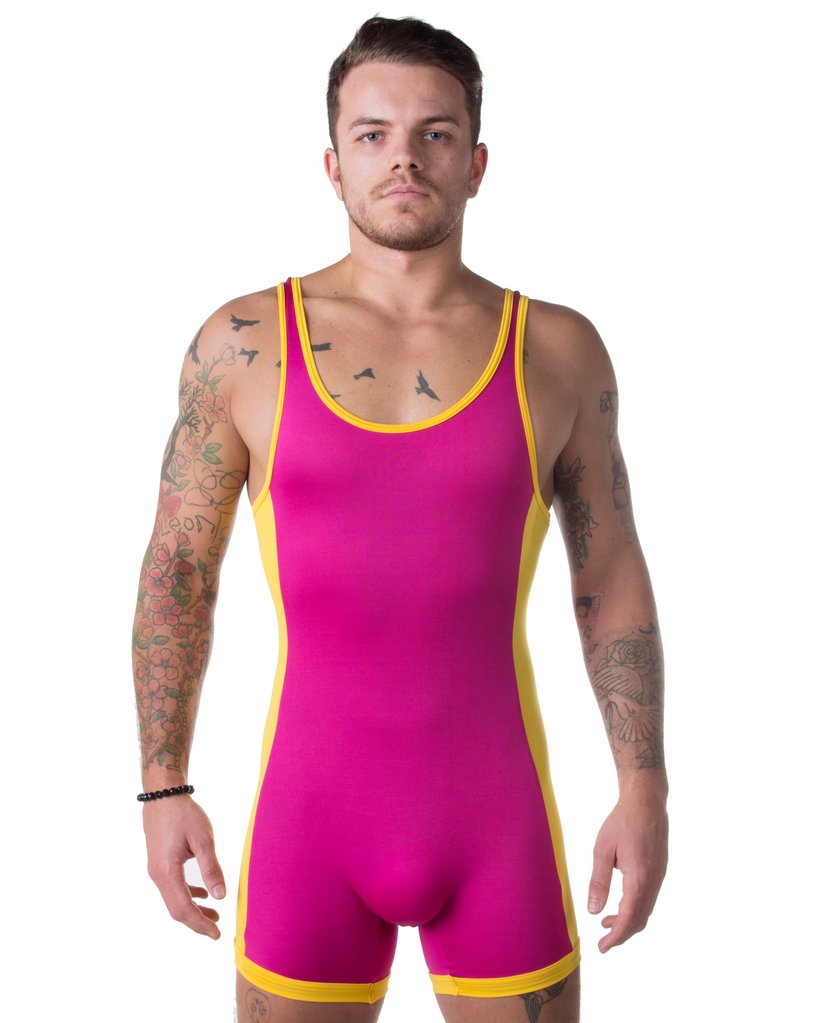 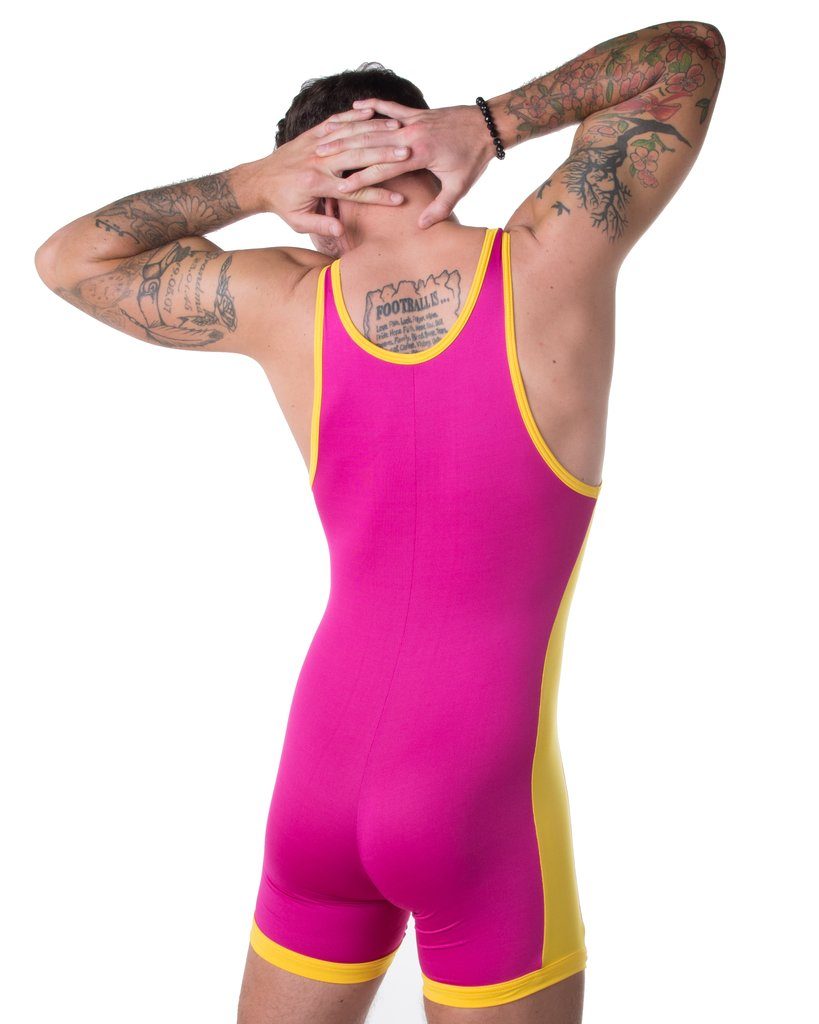 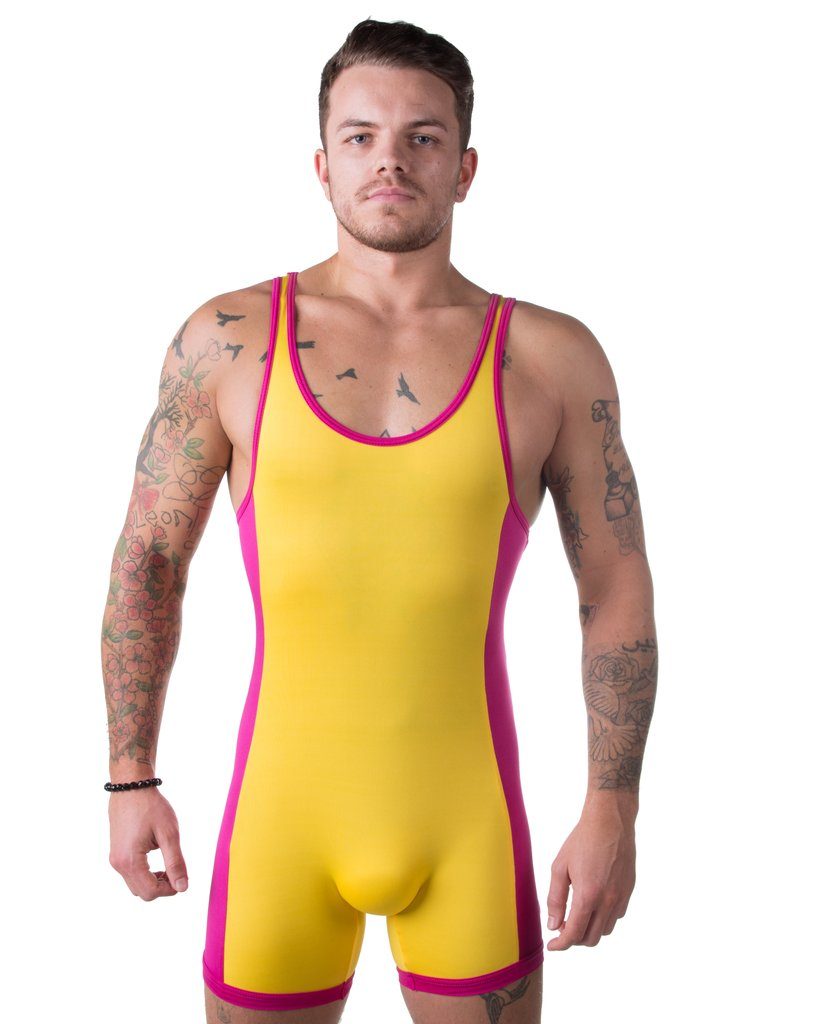 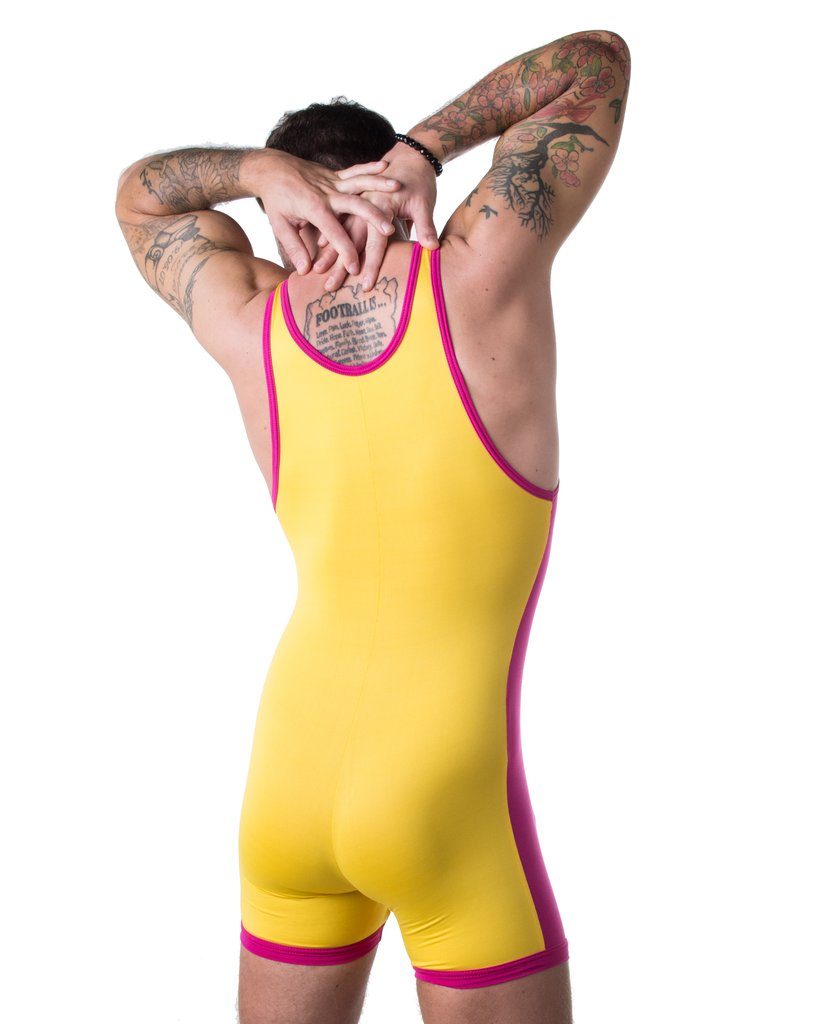