Last month we showed you some of the best tartan underwear designs of this season. In case you missed that feature you can see it here. One of the designs included on our top10 list was the Scott briefs by L’Homme Invisible. The French brand has just released some more designs in tartan and built a limited edition, mini collection called Scott. The Scott line comprises briefs, hipsters and boxer briefs in two prints: beige tartan and red tartan. The three masculine styles feature gentle enhancing properties and are decorated with black waistbands and very discrete branding. The fabric the underwear is made from is a French microfibre, very soft to the touch and of superior quality.

The photos below are the official campaign of the brand featuring a well known face, French model, Jeremy Douille posing in some of the new designs. Photography is by Sandeep Sahni in Paris, France. Enjoy the shots and note that the designs are selling out fast. At this moment, some of the styles are sold out so if you want to get some, you should probably hurry! 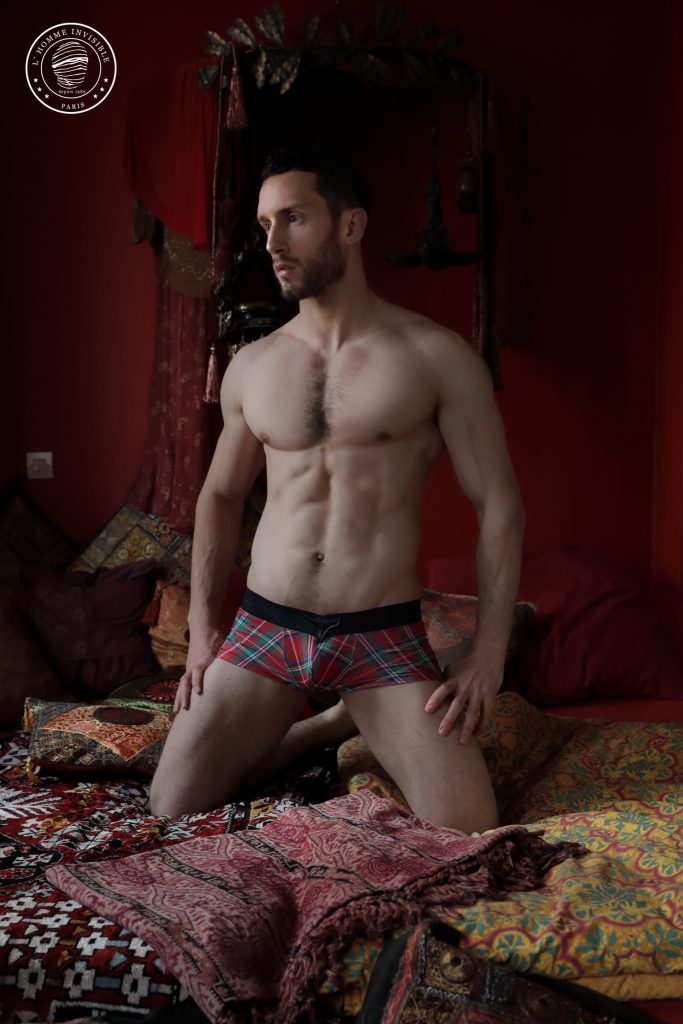 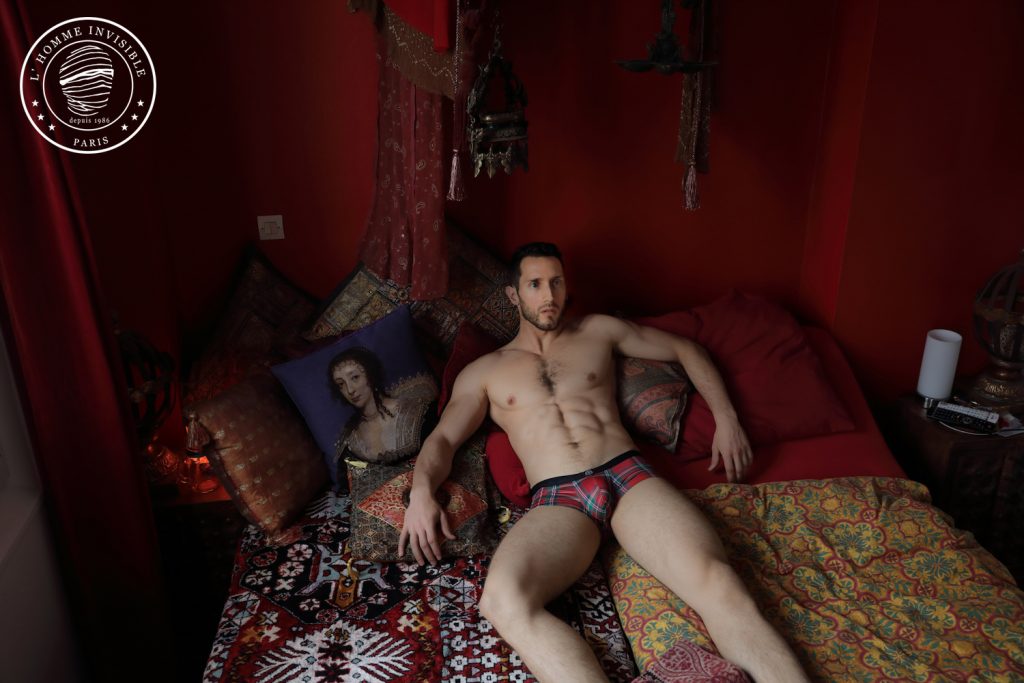 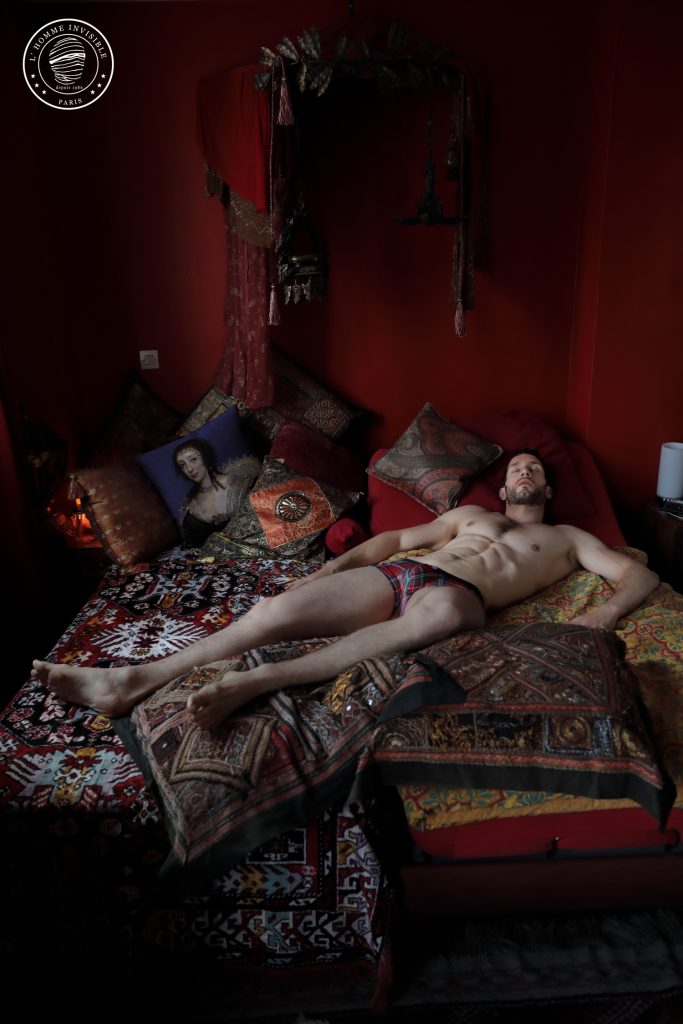 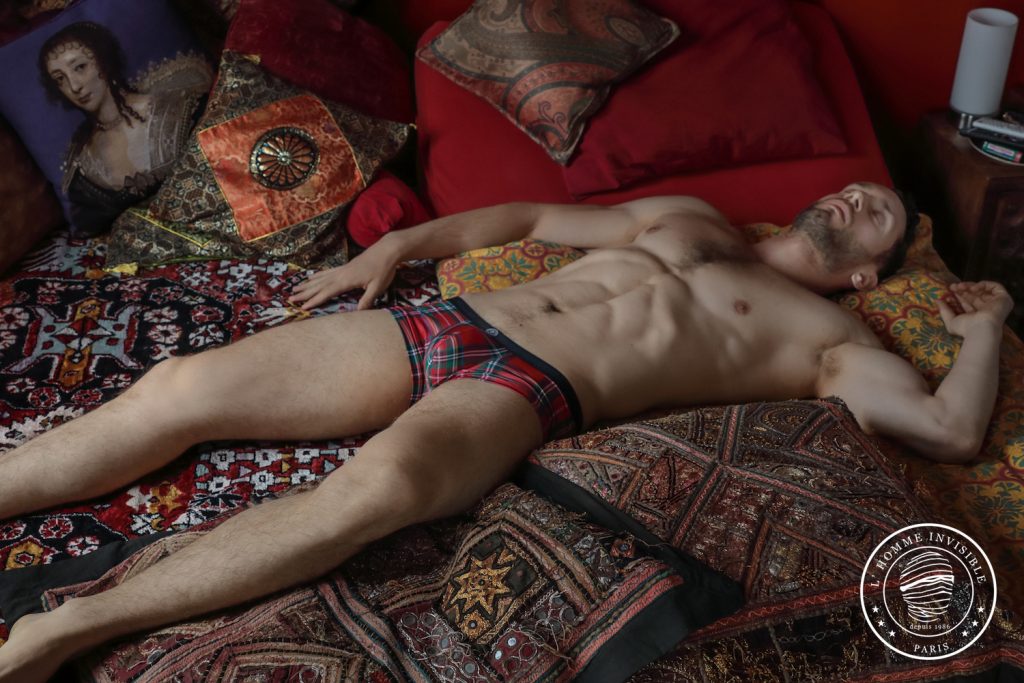 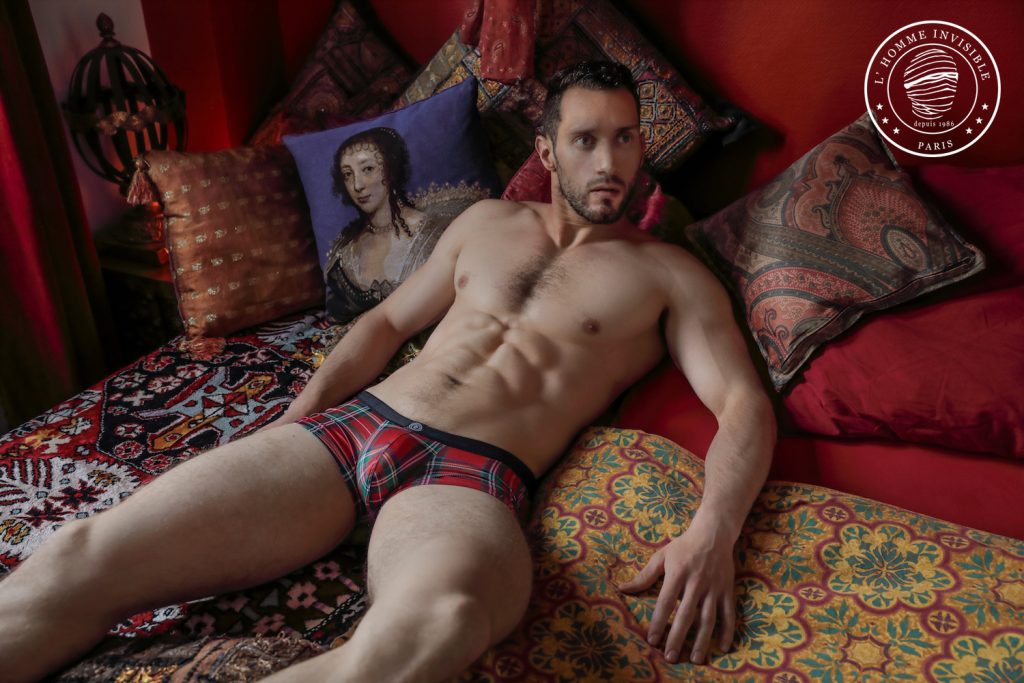