Tomas Skoloudik posing for Czech Republic’s edition of Elle Man magazine. We saw him at Homotrophy

Our favourite Hunk du Jour this week was David Karamanis

Underwear and… it’s still summer, so some swimwear too!

Would you wear a swimderwear? Underwear and swimwear hybrid from Addicted.

20% off at all GYM brand jockstraps (they are made by Bike’s manufacturer) at jockstraps.com

One more, very interesting, design by MyPakage. Have a look at their Denim Checkered boxers: here 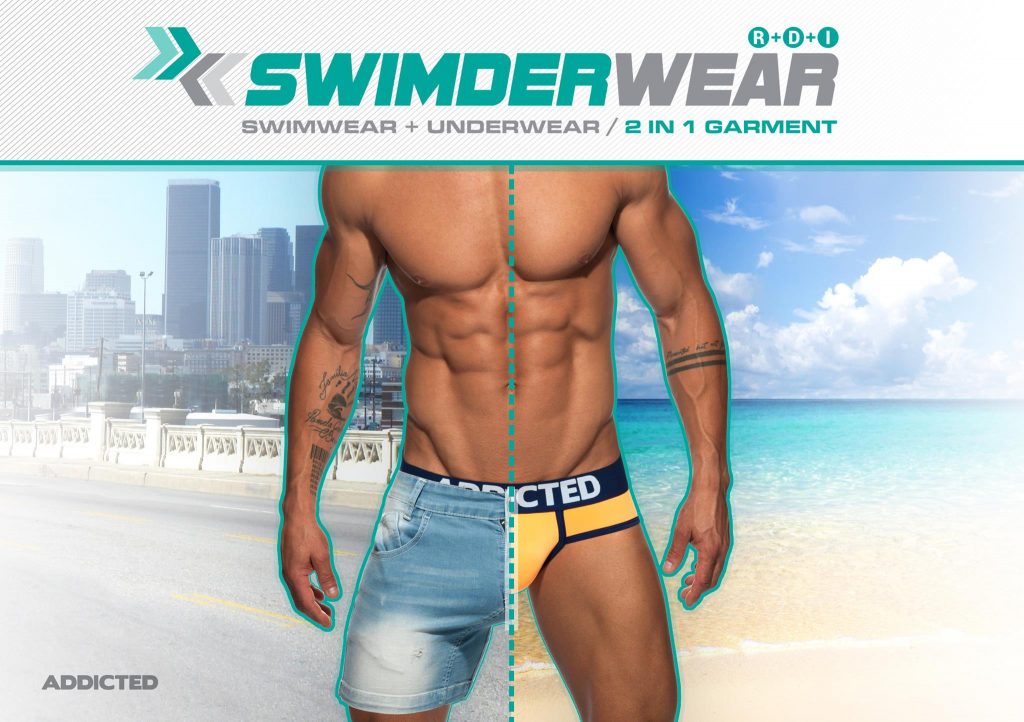