Search
Home
Men and Underwear
Yes, stripes are always in fashion and one of the latest underwear lines that feature this very popular pattern in the new Narrow Line by Modus Vivendi. The Greek giant of the men’s underwear industry has just released a collection comprising mini briefs, briefs, boxers briefs and jocks and on top of that some pretty amazing T-shirts to wear them with. There are three colourways  available, with thin black and white stripes as the base and vibrant, neon (blue, fuchsia or yellow) waists and trim.
Just like every new line by Modus Vivendi there is also a beautiful campaign that comes with it. We are quite excited to be able to show you this one not just because we love the new designs but also because it was photographed by Gastohn Barrios, the work of which we admire immensely. Barrios is one of the best South American photographers and for this campaign he worked with model Daian Zubieta. The shoot too place in Pinamar in Argentina, the campaign is inspired by the nautical theme of the items and the sexy sailor on shore leave is portrayed by model Daian Zubieta.
Enjoy the photos and the backstage video embedded below! 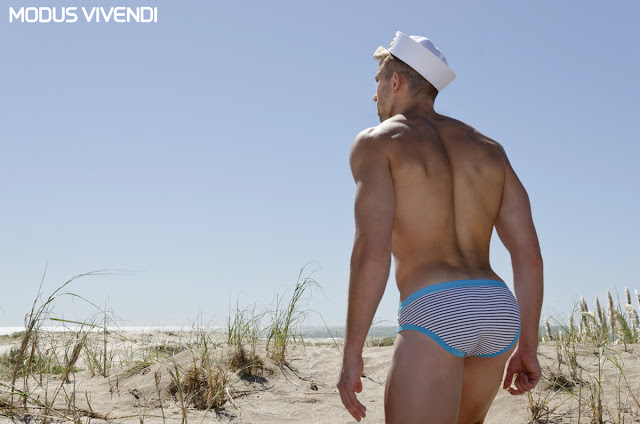 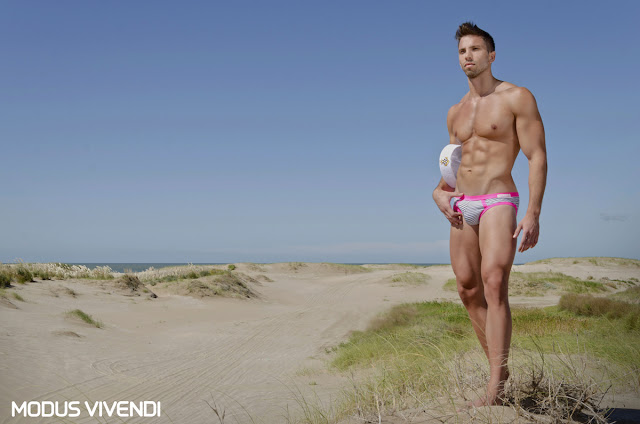 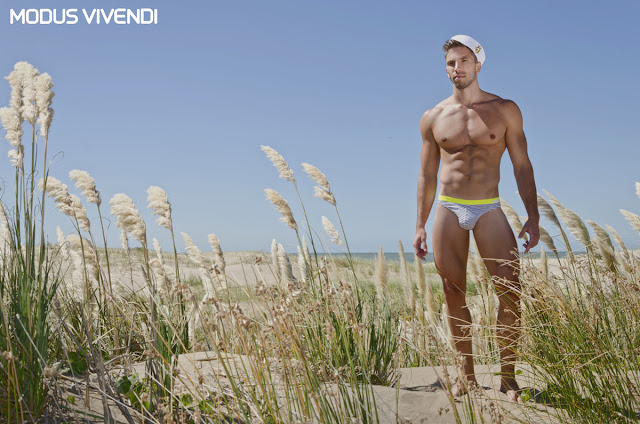 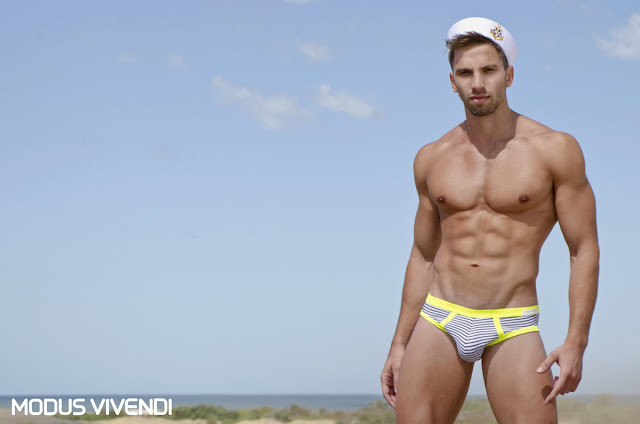 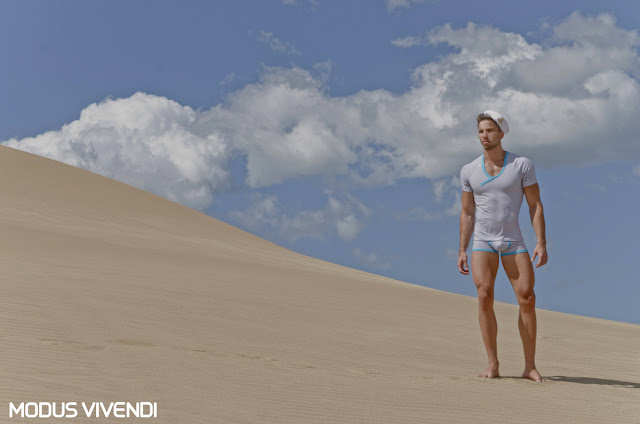 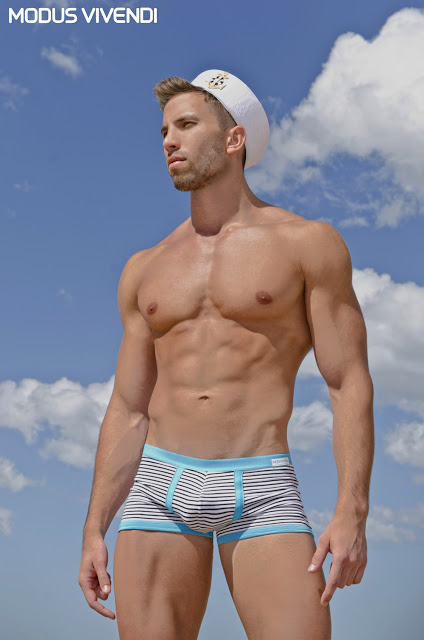 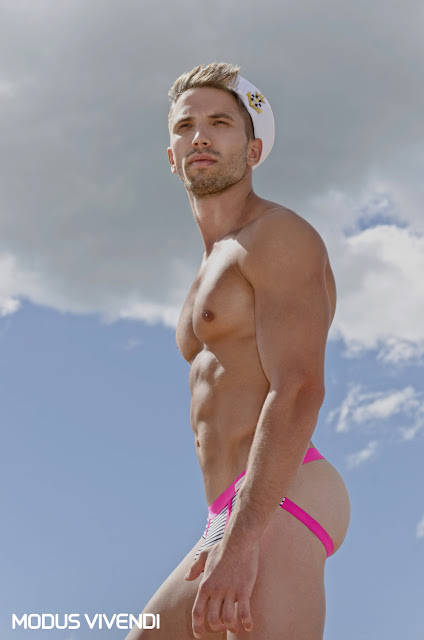 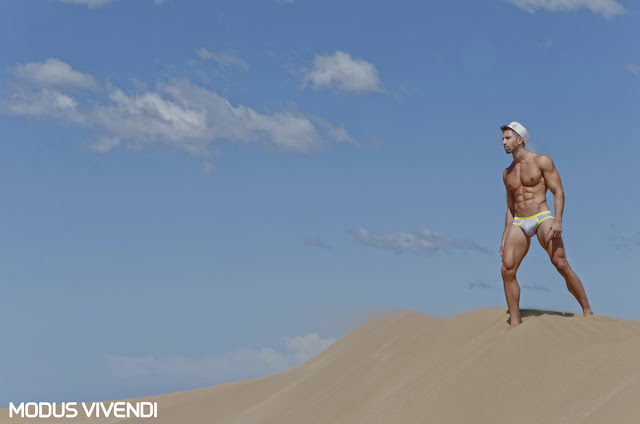 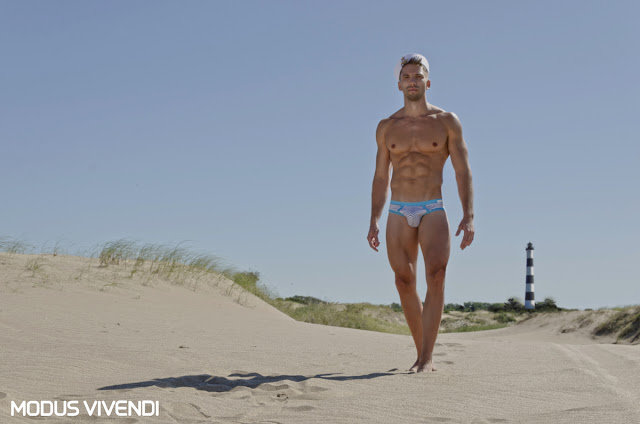