Today we will show you a new men’s underwear brand called Skull & Bones. The brand is based in NYC and they officially launched last month. Skull & Bones was founded on the belief that a men’s underwear company can create exciting and luxurious basics at an affordable price. They appeal to all modern and fashion conscious men who are looking for a combination of high quality fabrics and modern underwear designs.
A quick look at the fabrics they chose was enough to convince  us that the brand has put a lot of time and effort in creating a great initial underwear collection: Modal, Supima Cotton and Carbon Fiber. We know that most of you are aware of the benefits of each of these fabrics and many of you have tried them already and know what they feel like. But is it not just the fabrics that intrigued us to write a post about this brand. It is also their designs. At a first glance they look pretty much straight forward but at a closer look you can see all the details that Skull & Bones has incorporated into their designs to make them stand out. See for example the back of their “Classic” trunks with the rounded seam and the logo printed in the middle, or the defining seam at the rear of their “Fashion” trunks and their “Athletic” boxer briefs. Fantastic!
In this first release of their launch collection you will find classic colours such as black, white and grey but there will be more colours and prints added in the new year. Keep an eye on this brand, something tells us that we will see a lot more of them in the future…
Enjoy below some of their campaign images with the new underwear of Skull & Bones. In one of them you can see a preview of the print the brand is probably going to release very soon. The model is Dalton Jackson and photography by Harol Baez. 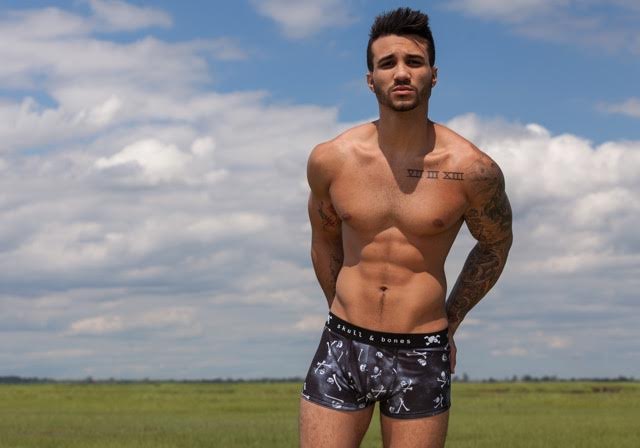 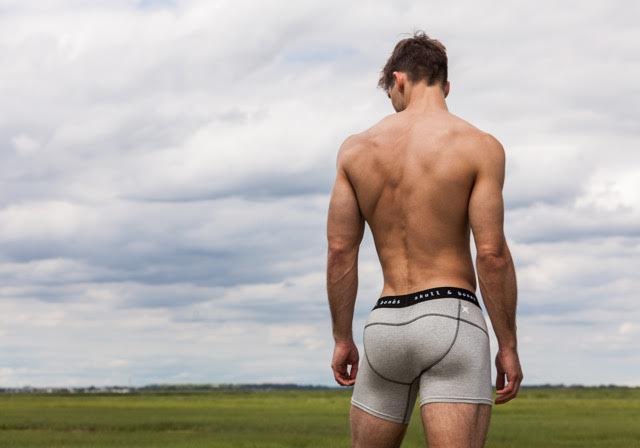 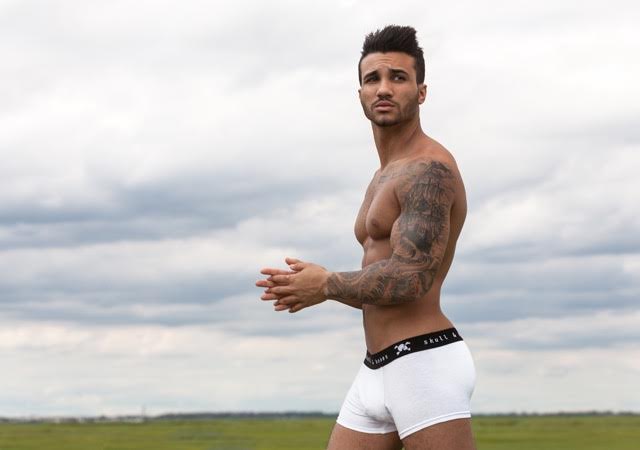