Just a few months ago you voted Philip Fusco on this blog as the Best Model of 2014 in our 1st Annual Awards. A week before the announcement of our awards, the model was also voted “Favorite Underwear Model of 2015” at the Underwear News Briefs’ readers awards.
During his career, Philip Fusco has represented some of the biggest underwear brands such as Andrew Christian (you may remember this naughty video of his), Gregg Homme and Todd Sanfield showing a great diversity as a model and professionalism. We have seen him also in the covers of some of our favourite magazines such as DNA (Australia), Männer (Germany) and Fugues (Canada). And that’s not all. Fusco is the official fitness and nutrition advisor of KYYA radio station.
It was last September when we announced (see the post) on this blog, that the model has created his own mens underwear brand #PHILCITY. A few months after, the time has come for the official launch of #PHILCITY online store at philcity.com!
Philip Fusco and his team have tested the market and had a great feedback from all around the world. They have improved their products, website and distribution and now they are ready to launch. Their new Bamboo underwear range (fashion briefs, briefs and boxers) looks really cool. In case you have never tried wearing underwear from Bamboo fabric you should give it a shot. It’s really soft and highly breathable. Very nice designs in all three cuts, 3 sizes in briefs and 4 in boxers, all in the most popular colours (white, black, charcoal grey and red). Apart from underwear you can also find a small range of accessories and tank tops.
What we liked most about #PHILCITY is that they have done their research well. Maybe just the name of the model could be enough to make this brand popular but they didn’t stop there. Their first collection of underwear seems to follow the trends and yet is distinctive. The guys seem determined to put their own mark in the industry and we certainly hope they will.
Philip was in Montreal this month for a photo session for his online store with the amazing César Ochoa (Dress To KILL Magazine & Fugues). #PHILCITY items are also sold in store at Garçons Sculpteurs in Montreal.
Enjoy some photos from this shoot and check out Phillip’s website to find out more about the products. From us at Men and Underwear Blog, all the best of luck to Philip and his team! 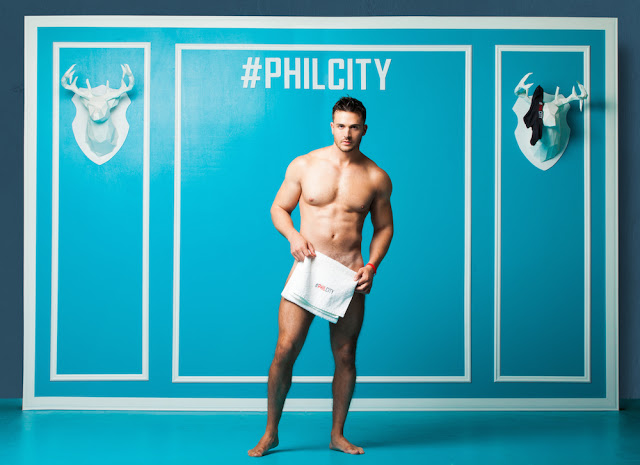 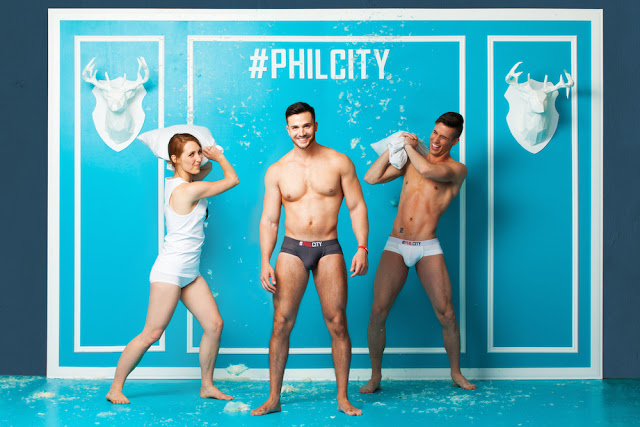 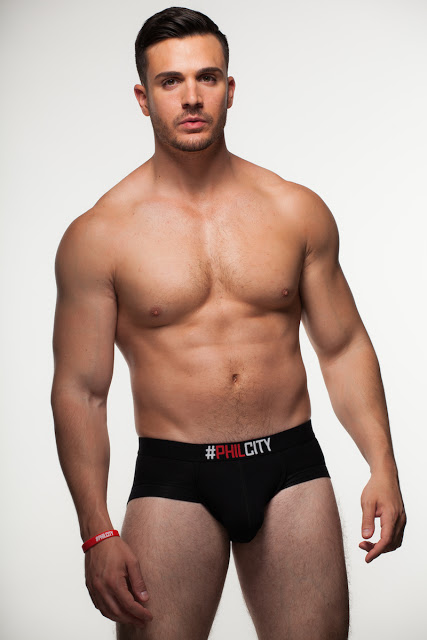 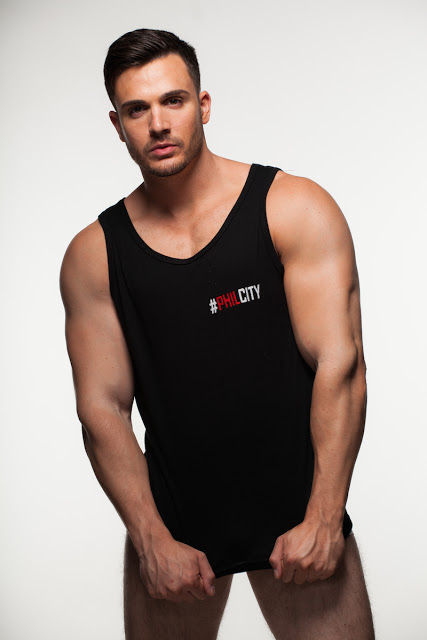 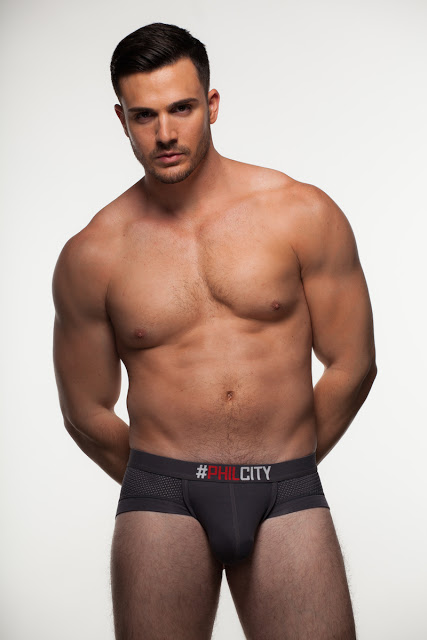 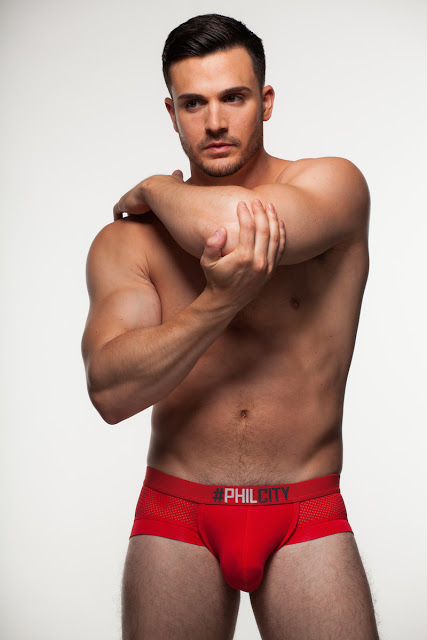 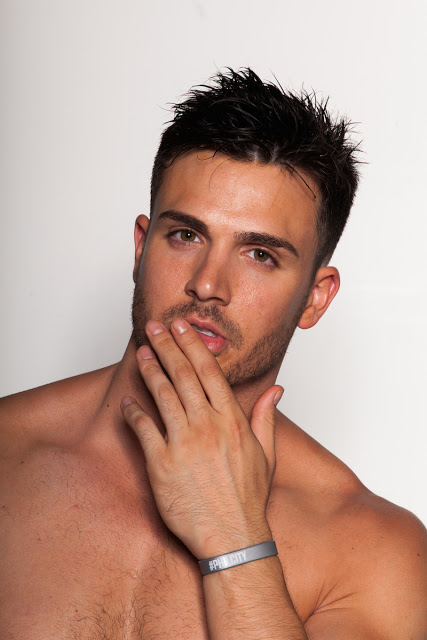 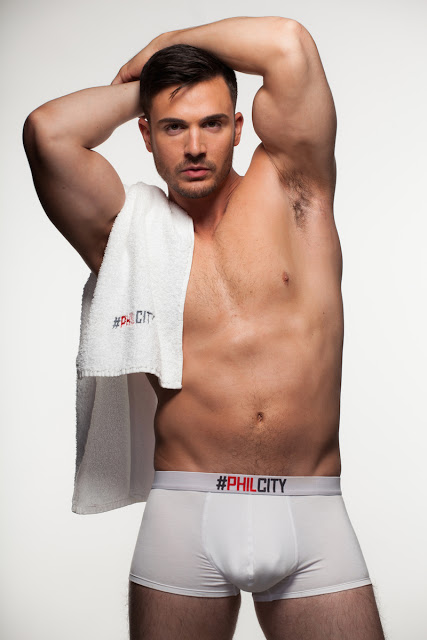 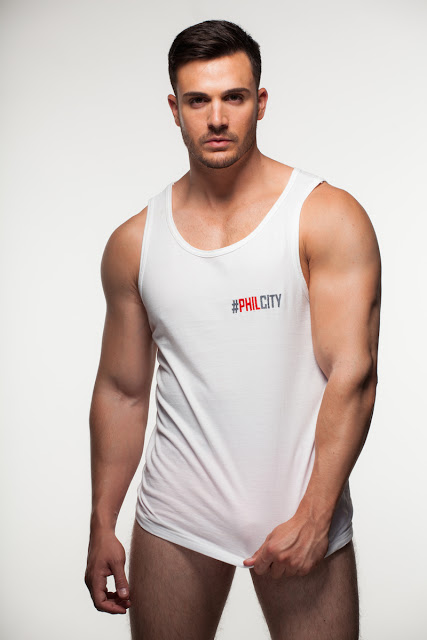